(Crystal A. Proxmire, Aug. 27, 2018)
Holly, MI- Though it may have seemed full of fun with all the face paint, sparkling body scrubs, imitation dog poop, and dinosaurs with succulents growing out of their backs, the Holly Children’s Business Fair held some serious lessons for the young people that participated.
For several weeks, fifteen teams of kids between the ages of 8 and 12, became entrepreneurs. The project, led by Laura Legant of Inspirations Arts and Crafts Workshop, the Holly Area Chamber of Commerce, and Downtown Holly, walked kids through the process of starting a business.  From brainstorming ideas, to learning about

finances, production, and marketing, to a day of sales, the kids learned it all.
CeCe Potter, Cora Baumler and Eva Beckett learned lessons about supply and demand, stock, pricing, and market research.  The trio of friends started Sir Succulent, a business in which they took cuttings from cactuses and succulents and transplanted them into small containers to sell for $5 each.
Some were in simple little pots.  Others were in pots shaped like owls.  And others were in plastic dinosaurs.
“If we could do anything different, we’d get more dinosaurs,” Baumler said.  “The dinosaurs are selling the best.”

“And they cost the least to buy, so there is more profit,” chimed in Beckett.
In a nearby booth another group of girls sold products made for pets.  There were dog treats, cat treats, and a couple different types of toys.  Alyssa Carr, Miley Mariani and Shyanne Baker all have pets at home that they love.  They incorporated those pets into their promotion, with pictures of their furry friends hanging in the booth’s décor.
“It took two weeks to make the dog toys,” Mariani said as she showed off the chew toys made of braided scraps of fabric.  “It was a lot of work, but we did it together so it was more fun.”
Tara Miriani, Miley’s mon, gave some insight from the parent’s perspective.  “They’ve been

able to work together really well.  The parents are not allowed to be involved today so they’re learning about public speaking, telling everyone about their products.  They’re doing a great job.”
Holly Area Chamber of Commerce Director Richard Kinnamon said this event was a perfect fit for the Chamber.  “We’re helping to inspire the next generation of business people.  We’re creating that passion in children to be successful,” he said.
Issac Beckett’s inspiration was to create a practical joke booth called JK Joke shop. The JK stands for Just Kidding.  In it he sold Snickers candy bars melted down to look like dog poop, enveloped labeled “rattle snake eggs” that vibrated when opened, fake cockroaches, and snappers to hide under toilet lids that would pop when someone went to use the facilities. Beckett enjoyed telling people about his tricks, and he learned abo

ut counting back change when people made purchases.
Ana Leigh decided to donate her profits to charities, including religious organizations and The Positivity Project.  “Positivity Project teaches about character strengths. They have videos and activities,” Leigh said as she was taking orders for tee shirts.  Some were related to dancing, since Leigh is a ballerina. And others focused on kindness.  “October is anti-bullying month, so you can get shirts in orange to wear to show you don’t want bullying,” she said.
Other kid-started businesses sold lemonade, used children’s books, face painting, homemade lotions, jewelry and more.  15 teams participated, and Holly Area Schools donated prizes so that all the youth would be surprised and rewarded at the end of the day.
“Here they are expressing themselves and getting an economics lesson.  It teaches them they can do something they love and be successful,” Legant said. 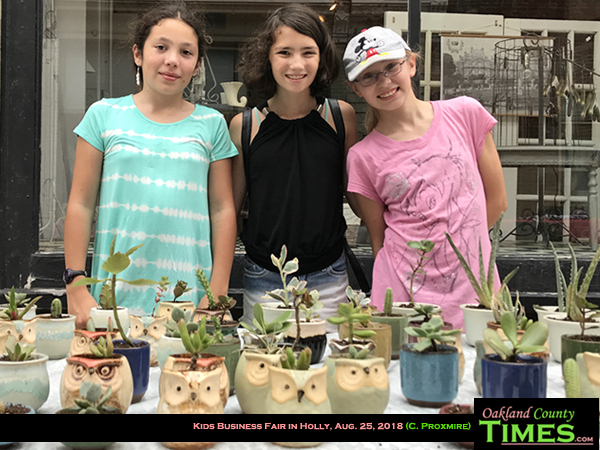 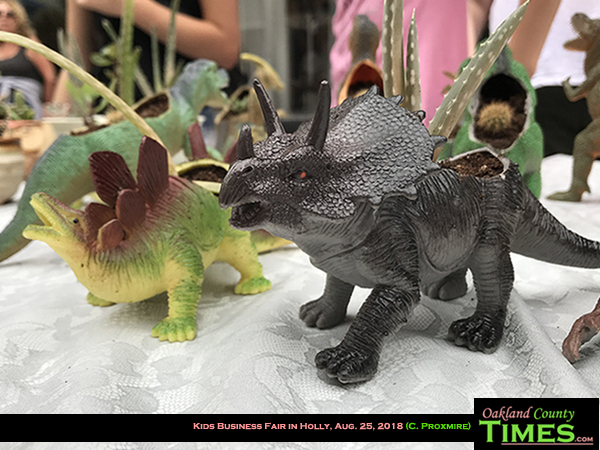 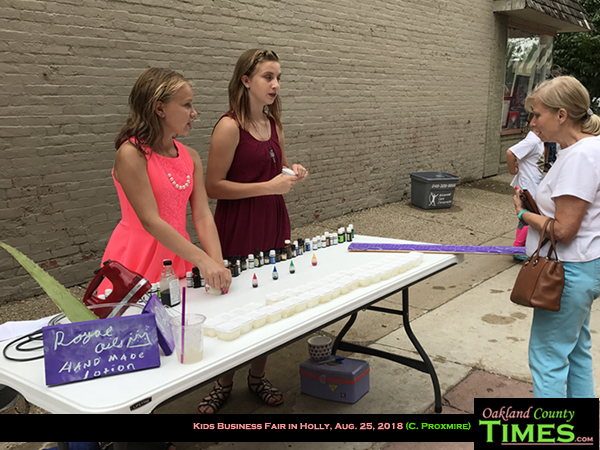 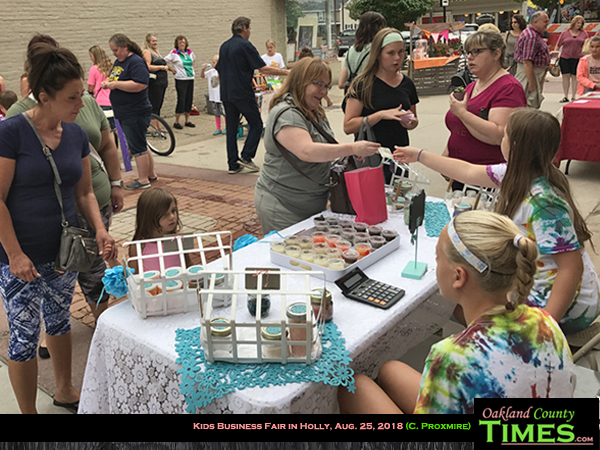 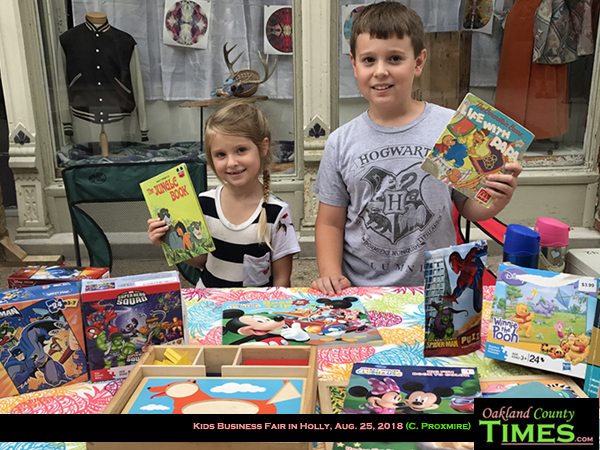 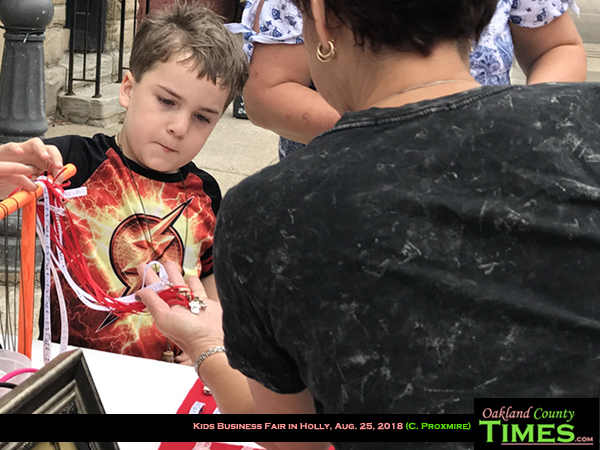 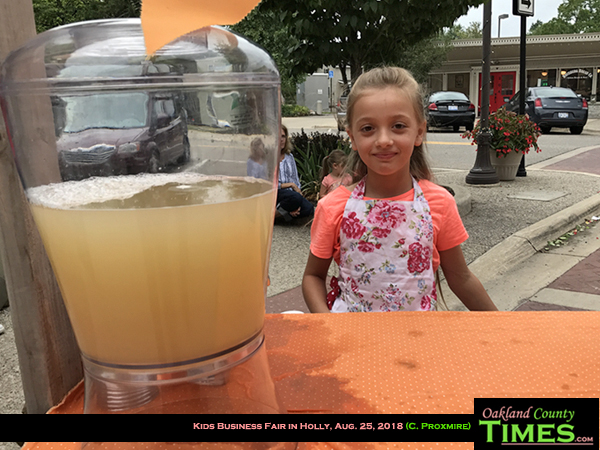 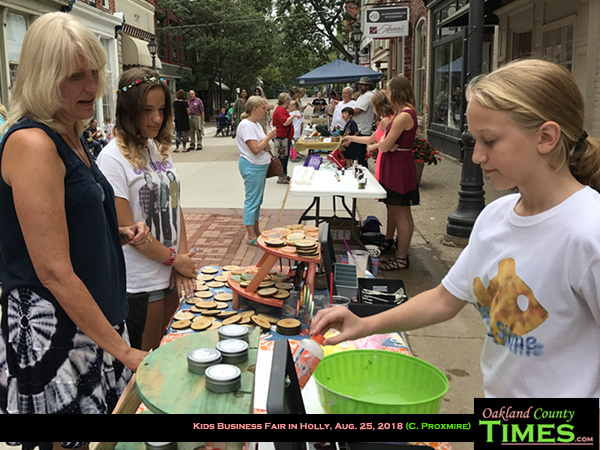 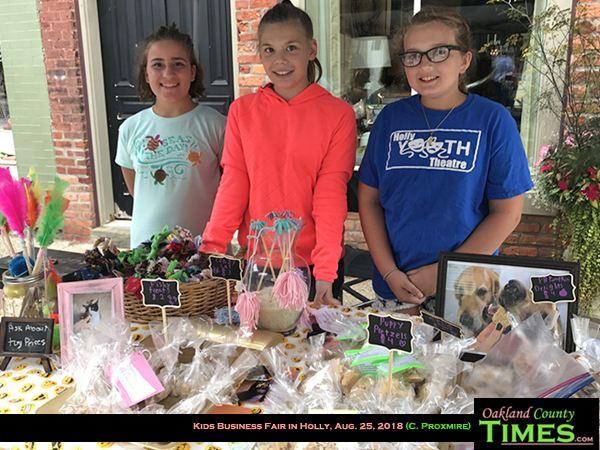 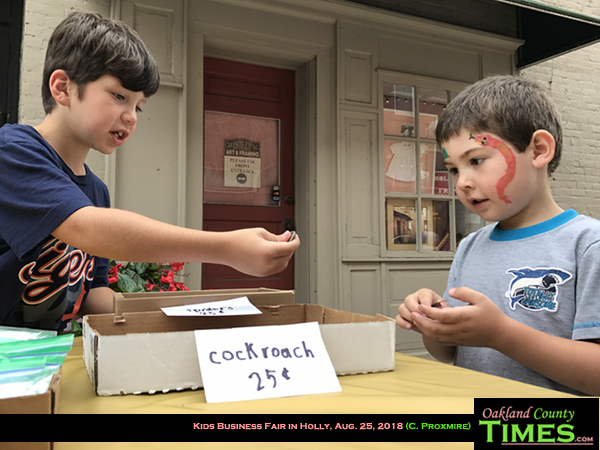 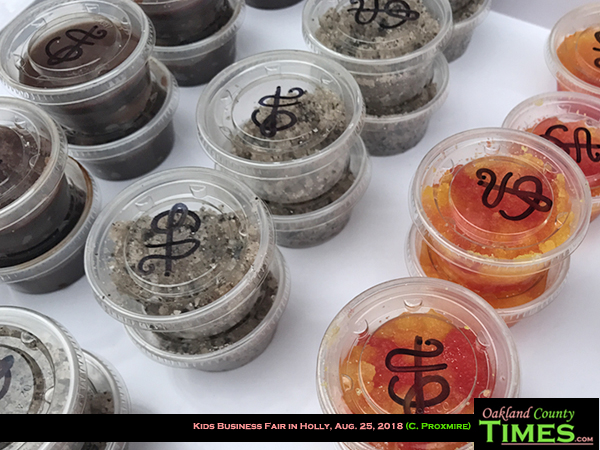 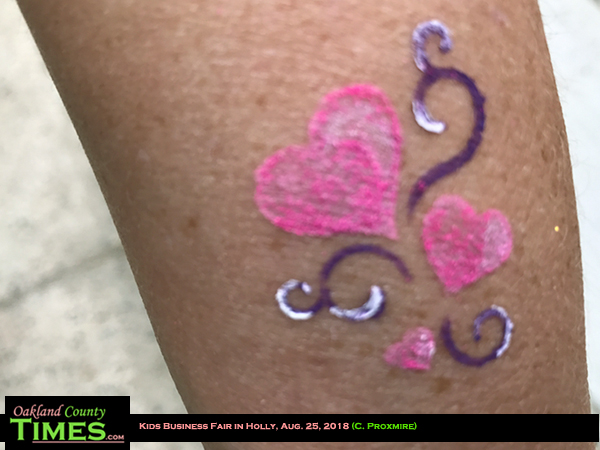 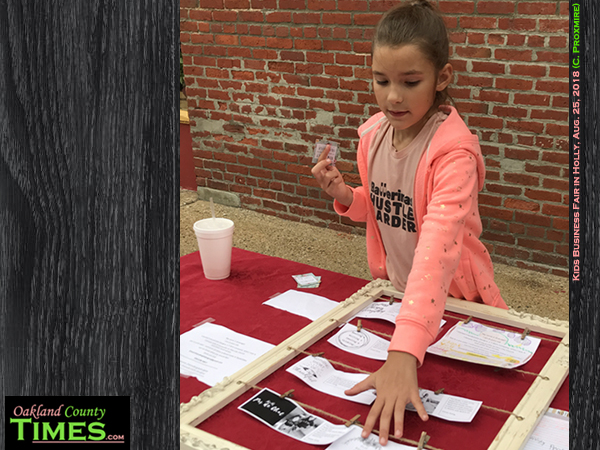 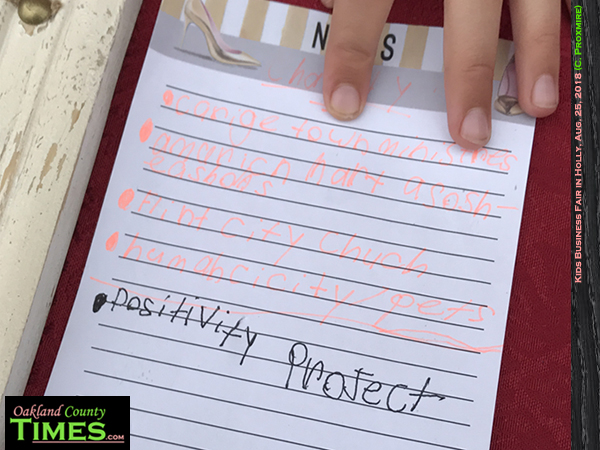 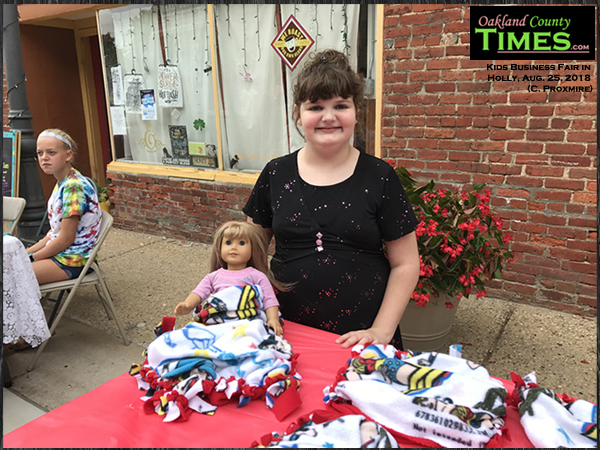