(Crystal A. Proxmire, Aug. 14, 2018)
Royal Oak, MI – A 186-unit development project approved four years ago has finally begun, leaving neighbors distressed over the loss of trees and the increase of residents who will be moving in.
The former site of Mark Twain School on Campbell just south of 14 Mile was sold by Royal Oak Schools ten years ago, and the property has changed hands a few times since. It had been zoned R1 Residential, but in 2014 a developer approached the Planning Commission with a PUD (Planned Unit Development) and it was approved.
At the time, residents within 300 feet were notified, and the public meeting process was followed.  However, it wasn’t until about a week ago that the project broke ground.
Several residents came to the City Commission meeting Monday to lament t

he loss of trees on the property.
One resident wished they could spend their three minutes of public comment time in silence for the trees, but instead wanted to be like the Lorax of the famed Dr. Seuss book, who spoke for the trees.
“It took them a week to take down every tree,” she said.  “We were shocked.  Most of us had no idea this was happening.  The whole NE corner of Royal Oak is affected by this.”
Several residents spoke at the meeting, wanting there to be more public input and more of an emphasis on saving green space instead of destroying it.
Mayor Michael Fournier opened public comment with information about how Royal Oak has changed its approach to saving trees over the past few years, beginning with the notable loss of trees when Kroger

was being constructed at 12 Mile and Stephenson Hwy.
“Within 4 years we’ve planted 1,400 trees,” Mayor Fournier said.
He said with new PUDs, the City requires that for every old growth tree that is removed, it be replaced with two new trees.  And that when a tree needs to be removed from the right of way between the sidewalk and the street, it is automatically replaced at no cost to the homeowner.
“This development [at the Mark Twain site] was approved before making these changes,” he said.  “We do care about the canopy, we do care about the trees.  But we have to think about the legal context.”
He also reiterated that the land was owned by Royal Oak Schools before being sold, it was not owned by the City, nor could the City have prevented the sale.
Southfield-based Midtown Pointe LLC is developing the 12.5 acre site to include 186 apartments and condos, which will be called Midtown Pointe. The plan also includes the planting of 325 new trees of differing varieties.
A “Meet the Developers” event is happening Aug. 20 so neighbors can learn more about the upcoming project.  For more info CLICK HERE. 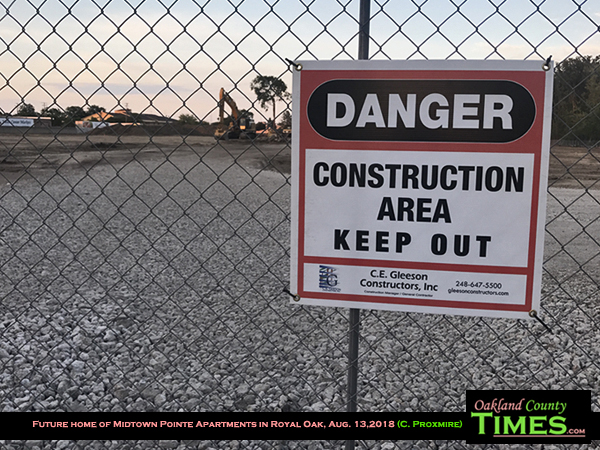 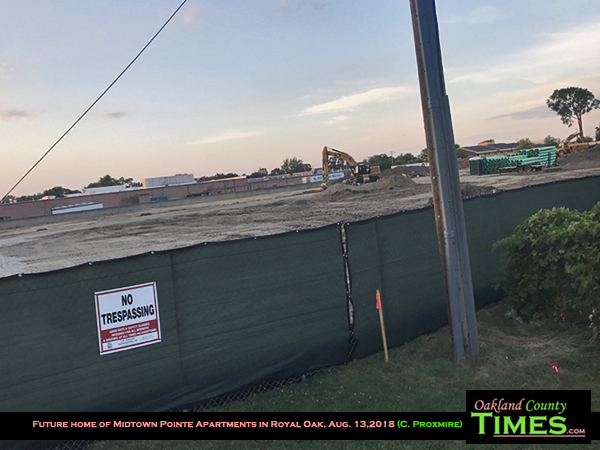 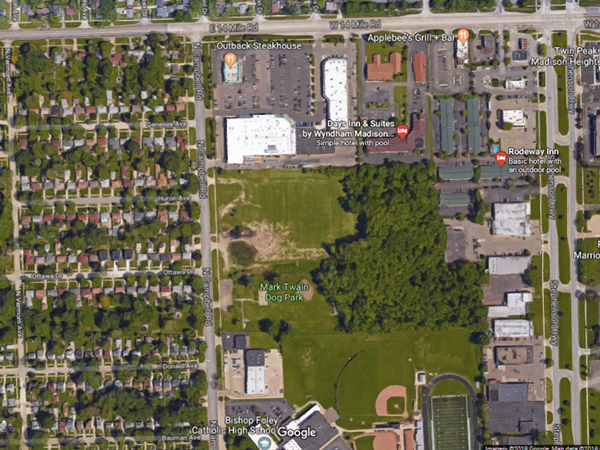