(Crystal A. Proxmire, Aug. 3, 2018)
Holly, MI – Judy Crosby of Holly had never had a sugar plum before last weekend when she and her grandson Lane visited the Holly Farmer’s Market.
“It’s very good,” she said.  “I like farmers markets.  I like farmers. They work their ass off, and they don’t use all those chemicals like big companies do.  You can tell the difference.”
The sugar plums, peaches and cauliflower the Crosby’s took home were grown in Highland by

Diana Regan of Diana’s Heirloom Produce. Regan started gardening in her yard and before long had so much food that even after giving fruits and veggies away to friends there was always some left over.  That’s when she decided to go into business.
With a table full of cucumber, tomatoes, ears of corn, nectarines, kohlrabi, beans, onions, melons and more, Regan and her helpers make the rounds to farmers markets in Milford, Fenton, Dixboro, South Lyon, Harland and Holly.
This is the first year for the Holly Farmers Market, which became an unofficial landing place for vendors when the Springfield Farmers Market organizers decided not to open.

April Forbes of Menagerie was among those that made the move. “This market is off to a good start,” Forbes said.  “Everything is a grassroots effort and the community really shows up.  Volunteers make the signs, and share it out on social media.  There’s a lot of love here, and it’s taking off.”
Forbes owns the recently opened Menagerie Lounge in Pontiac, and does baking in the restaurant’s kitchen.  Her fresh-baked cookies, zucchini apple bread, and banana pecan bread are hits with the customers.  “People get out of church, and they come here to shop, and talk.  Everyone

is really friendly here,” she said.
JoAnne English brings honey and honey-related products from her eight hives in Commerce Township.  “I’ve wanted to raise bees all my life, and one day I decided, I’m going to do that,” she said.  Twelve years and countless stings later she is still in love, and passionate about sharing the good news about bees with everyone at the market.
“We need to keep bees alive. Without them to pollenate our plants, we die,” English said. Among the bottles of honey are other treats like honey suckers, sticks and candies.  And there are bags of bee pollen that are said to help athletes maintain strength and to help red blood cells grow.  “There are so many health benefits to honey and pollen,” she said.

In addition to food, the market showcases local artists and crafters.  Lora Solberg of Grand Blanc joined the market for the first time Sunday with a table of decorated rocks, inspired by the nationwide trend of leaving painted rocks for strangers to find.  In Holly, the game has brought hundreds of people together who share their finds on the Holly Rocks Facebook page.  Solberg made so many she decided to sell some, as well as gold painted “lucky” rocks for the home.  “Everybody is talking about Holly rocks and wanting to be involved,” she said.  “It’s really fun.”
An artist by the name of Murphy makes jewelry out of broken plates, and journals out of scrap paper.  “I like making something that other people can put their thoughts in,” she said.  “It

feels really special.”
Murphy grew up going to craft shows with her grandparents, and remembered them hosting gatherings of stained glass crafters in their basement.  “They had all the materials and people would come over and take lessons and make things,” Murphy said.  “They’d make suncatchers, decorative windows, jewelry boxes, picture frames.  I loved staying home from school to do crafts with seniors.  It wasn’t just the craft, it was a social thing for them – making art together.”
That social spirit is something Murphy carries with her as she brings her items to the market. “You get to connect with people,” she said.  “It’s not just people buying things, its people wanting to know who made the items they are buying, what care went into them.”
The Holly Farmer’s Market takes place on Sundays from 10am to 2pm at Crapo Park, which is near the train depot and the Holly Hotel in Downtown Holly.  Learn more at https://hollyfarmersmarket.weebly.com/ 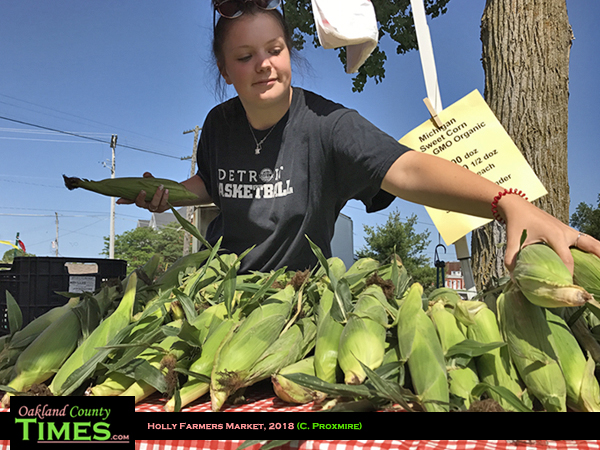 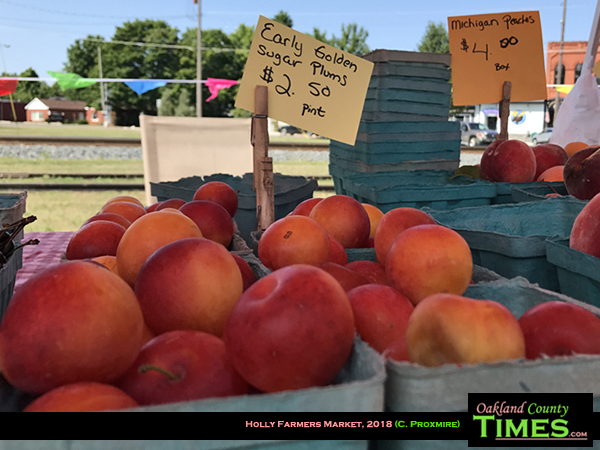 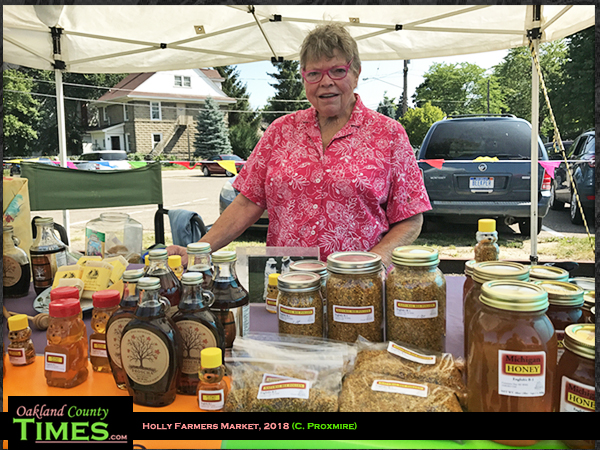 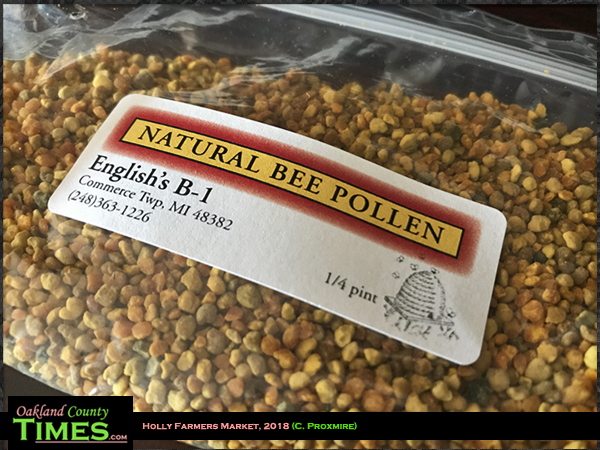 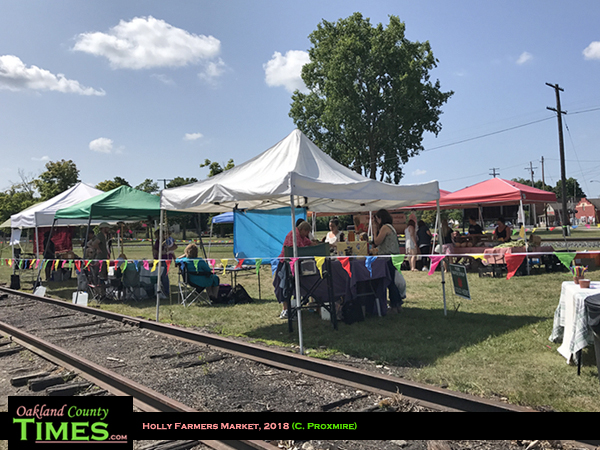 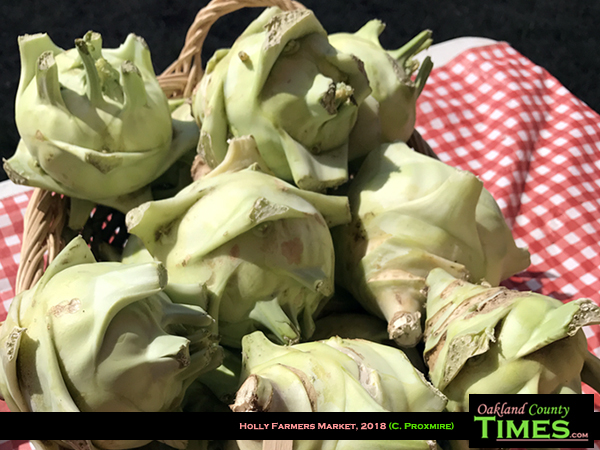 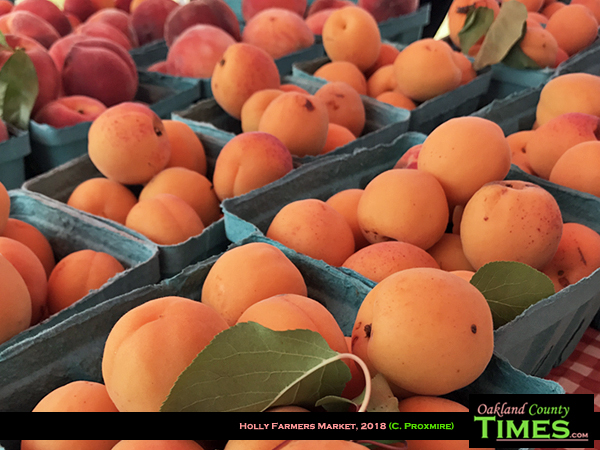 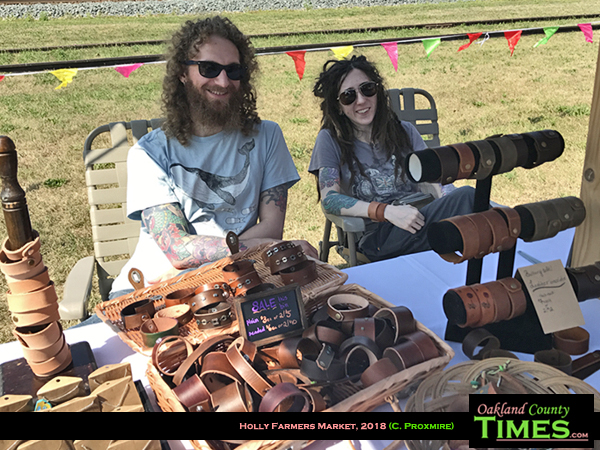