Department were dispatched to a bank robbery that had just occurred at the Cornerstone Community Financial Credit Union on University Drive.
Preliminary investigation reveals that the suspect entered the bank and approached a teller at the counter. The suspect implied he had a gun and robbed the bank. The suspect got away with an undisclosed amount of money. The suspect left westbound from the bank property on foot. Officers with the assistance of a K-9 from the Oakland County Sheriff’s Office were unable to locate the suspect in the area.
The suspect is described as a white male in his 30’s, dark hair, beard, tattoo or mark under his eye, full “sleeve” tattoos on his arms and possible tattoos on his neck. Suspect was wearing a black t-shirt and blue jeans, with tennis shoes. See photographs below:
Anyone who may have witnessed this incident or has information as to the identity of the suspect is asked to contact the Auburn Hills Police Department at 248-370-9460.
UPDATE: The bank robbery suspect was arrested this evening in the City of Detroit.  The suspect is a 38 year old resident of Detroit.  More information will be provided once the suspect is charged and arraigned. 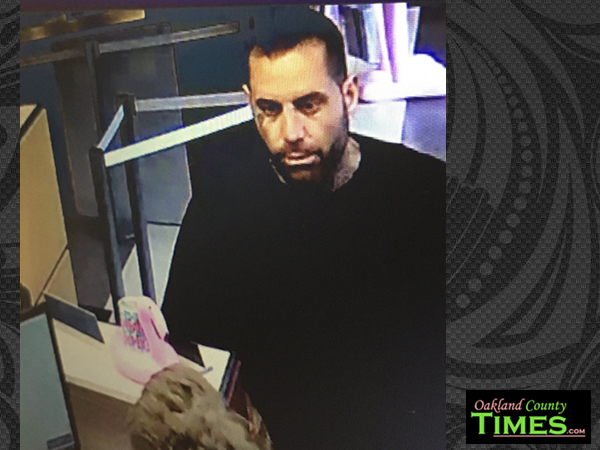