Milford, MI – The Milford Garden Club’s small army of 100 or so members have been transforming the landscape for seventy years across Milford, and they’re still going strong.  Their local mission of conservation, civic beautification and sharing horticultural knowledge has resulted in a longstanding legacy of community and a vast array of plants grown in their little corner of Oakland County.
“You name it, somebody’s got it,” Publicity Vice President Brook Qualman said.
The group raises money for charity through its Secret Garden Tour and the annual Flower Show, which is held at a local elementary school. Students from the Milford area, seeking higher education in a field related to horticulture can receive scholarships from the club. Qualman says that they have raised scholarships as high as $1,500 in the past.
“We dig up stuff in our own gardens that needs to be divided,” Qualman said. “We pot ‘em up

and sell them for practically free.”
The group doesn’t meet in January or February. But the MGC will be busy all summer long. Anyone is welcome to join the group at any of its meetings, which are held on the first Thursday of every month. In addition to socializing and exchanging horticultural knowledge, they often have a speaker come to explain in more detail how to avoid pests, compositing, or about native plants.
According to their facebook page, they grew out of the Woman’s National Farm and Garden Association, founded in 1914 in Pennsylvania. Several offshoots and local chapters sprang up across the country, which eventually led to Milford’s branch of the Michigan Division, with 20 members, in 1948.
Members also used to maintain flower beds around downtown Milford. But Qualman said that since the city is hiring a company to do that now, they are going to be putting in a butterfly garden in Central Park.
Monarch butterflies will be provided free food at the town’s newest addition. The free pavilion will be dedicated on September 13. 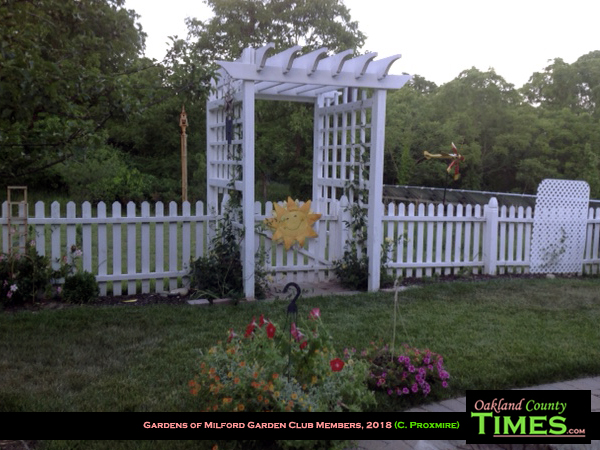 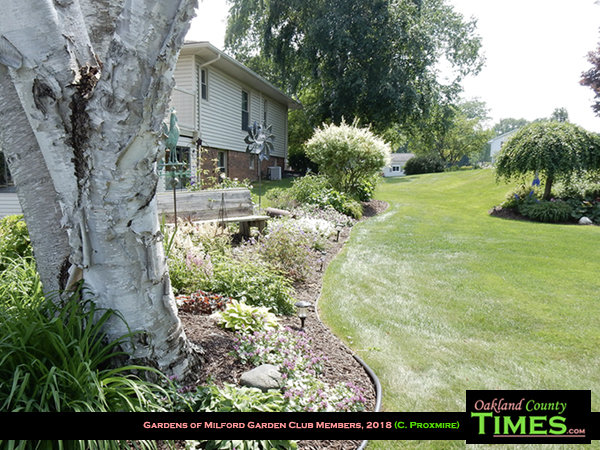 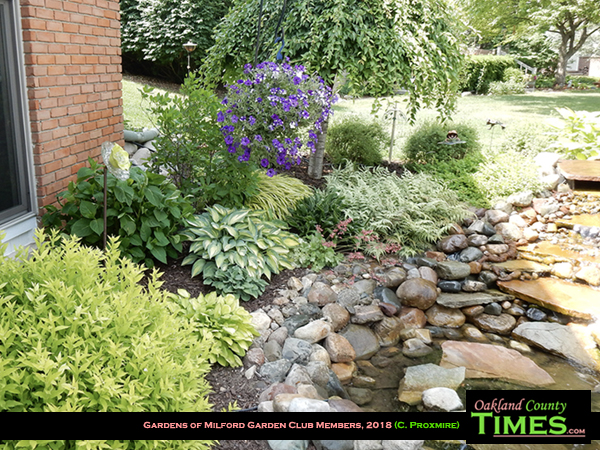 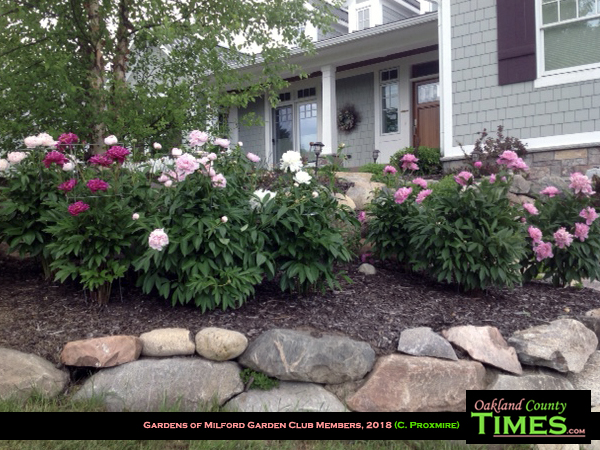 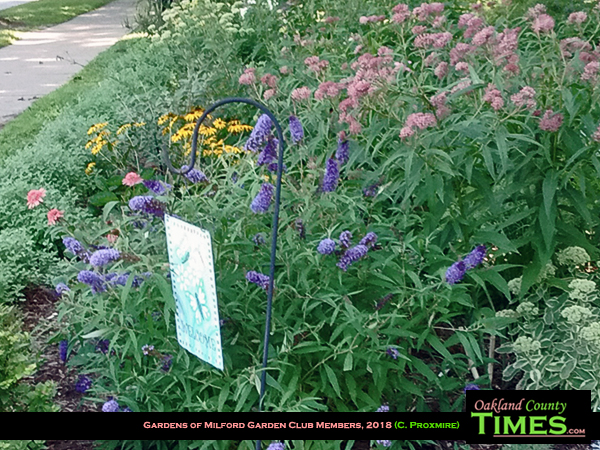 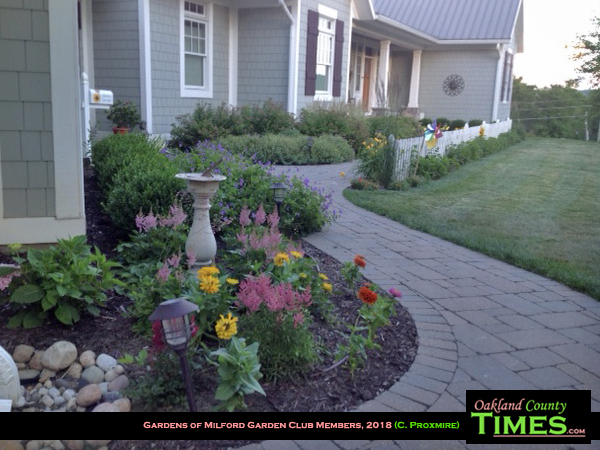 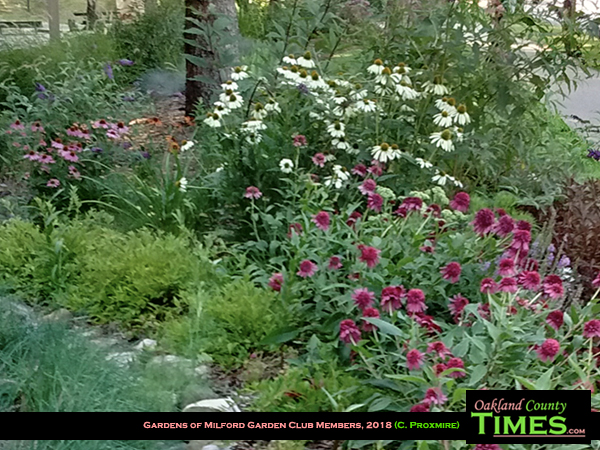 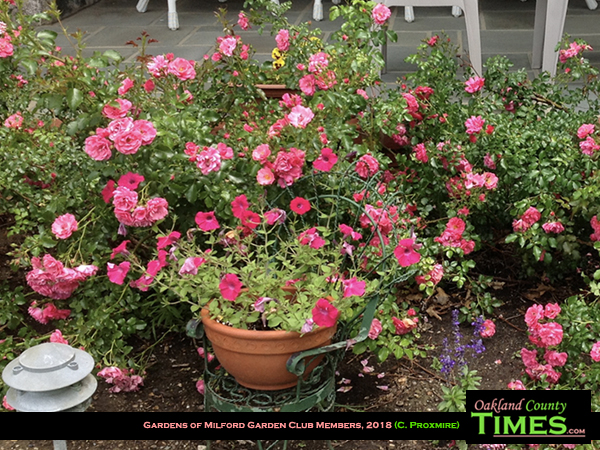