Reporter Food: Pollo a la Brasa and More at Culantro in Ferndale

Reporter Food: Pollo a la Brasa and More at Culantro in Ferndale

(Crystal A. Proxmire, June 20, 2018)
Ferndale, MI – Peruvian fare has made its way to Downtown Ferndale with the new Peruvian polleria Culantro at 22939 Woodward Ave.
It was a great place for a lunchtime meetup with a friend, though neither of us had been there yet.
He opted for the Sandwich de Chicharron, which is made of pork with Salsa Criolla, red onion, and cilantro.  That came with a side of sweet potato fries. He was impressed with the juicy pork and the flavorful sauce, stating that he’d likely be back.
I opted for the Pollo a la Brasa which is chicken that has been slow roasted over charcoal and

served with black beans and rice. The chicken is made in a special rotisserie oven which leaves the outside slightly crispy and the inside juicy and smoky tasting.
We also split a couple of side items.  Fried plantains were amazing, with an indescribable texture, and a flavor that is sweet with a slight tanginess.  We also had Maduros Fritos, aka Yucas Fritas.  These are sticks of sliced South American Yuca that are fried similar to French Fries.  These were not as sweet as the Maduros Fritos, and more starchy in texture.
Culantro is an herb found is South America that is similar to cilantro, but with long thin leaves and a more distinct flavor. The name invokes an image of South American flair, and the restaurants bold, colorful artwork amplifies this excitement.  And though the meal options may sound complicated, the service is quick and the prices are low, making it a great option for lunch, carryout or dinner.
There are several great meal options including the Aji de Gallina, Carne a la Plancha, Salchipapas and Ceviche.  To find out more, check out their website at www.culantroperu.com 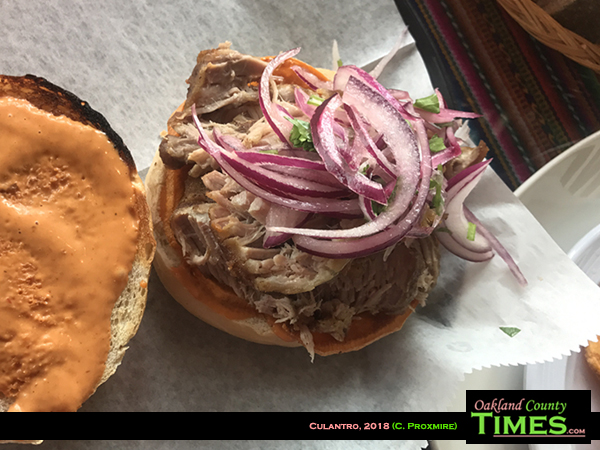 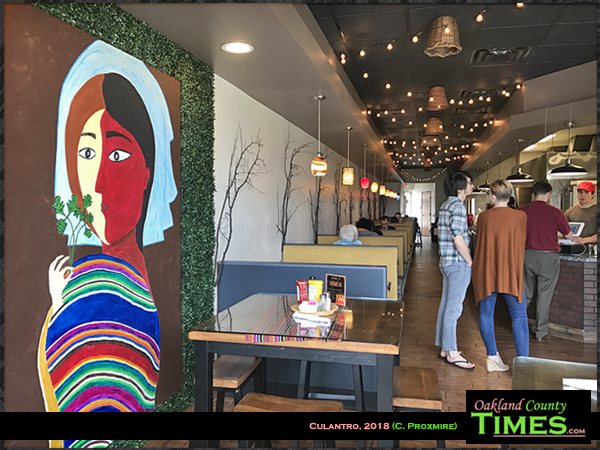 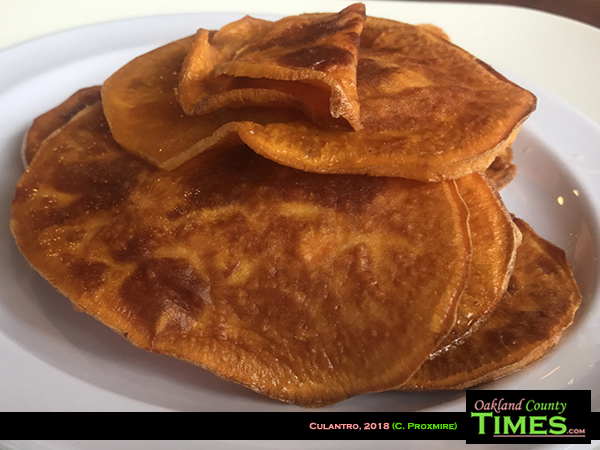 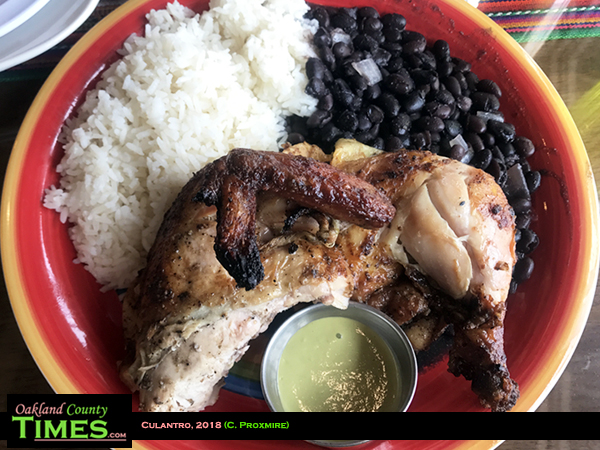 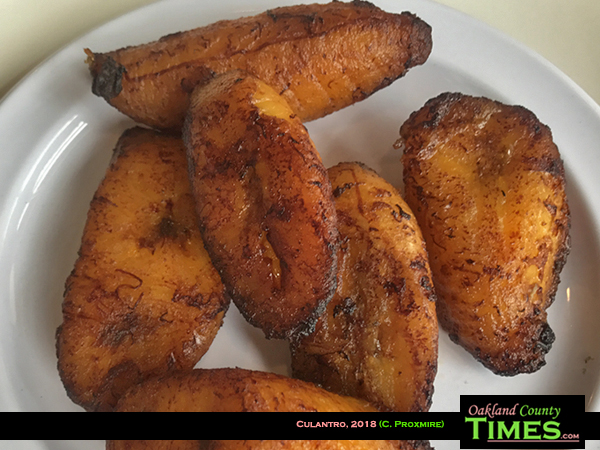