Man Arrested for Royal Oak Mural, Says it Was Worth It

Man Arrested for Royal Oak Mural, Says it Was Worth It

(Crystal A. Proxmire, May 25, 2018)
Royal Oak,  MI – A 38 year old Royal Oak man has been arrested for malicious destruction of property after painting a mural of cartoon-like bunnies and fur-balls on a railroad overpass on Farnum near Maple just blocks from his home.  Carl B. Oxley faces a potential felony charge, but he says the art was worth it.
“Was it worth it? I think so yes. My gut feeling is absolutely, when I see the photo of the woman and her child with enormous smiles in front of my art, knowing I was able to illicit that in another human being is so overwhelmingly powerful. When I read all the comments by others i

n my community, my community, echoing the same calls that called me to paint that bridge. Having said that I also don’t know what might happen in court,” Oxley said.
The painting took three days, and he was arrested while putting finishing touches on it.
According to Lt. Keith Spencer, “Officers recovered several cans of spray paint and arrested the man for Malicious Destruction of Property. The man posted bond while detectives continue their investigation, including determining the amount of the damage. The man could face felony charges if the damage amount exceeds $1,000.00.”  Lt. Spencer has not yet responded to further inquiry about if the City plans to remove the paint or not.  Online residents are debating whether they would like to see it stay or go.
Oxley shared his reasoning behind the graffiti.  “I live in Royal Oak just a couple blocks from the bridge in question and have been walking by it for two years now just always being reminded of its decay and it was almost like the walls were crying. Eventually it was like they started screaming at me to be better. So I set out to paint them. To give my neighbors and anyone who saw them something nice to see instead of the decay.”

Oxley said he’s always been an “artistic kid,” who did lots of doodles and drawings as a child.  “In high school I got a great art teacher who really cultivated a love of art in me, and in my sophomore year she showed the class a video called Drawing the Line a portrait of Keith Haring. That video and his work inspired me so greatly. His idea that art should be for everyone and help improve people’s lives, make them happy. Make it accessible. It all resonates in me deeply.”
The City of Royal Oak has an Arts Commission, and has several murals that were done with approval by the Commission, the City and the respective property owners. Information about the Commission for the Arts can be found at https://www.romi.gov/193/Commission-for-the-Arts 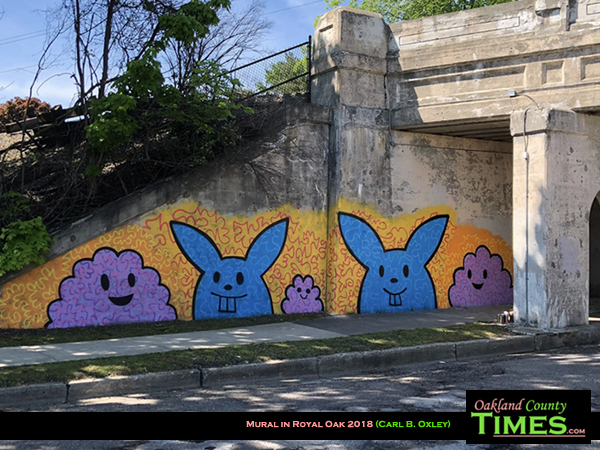 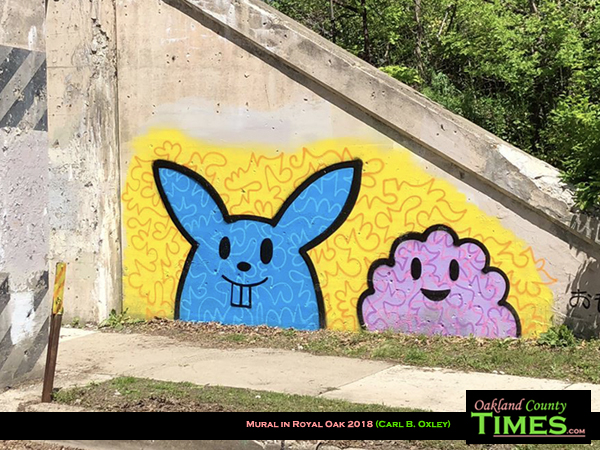