(Crystal A. Proxmire, May 25, 2018)
Ferndale, MI – The Discovery Channel is hitting the road to feature unusual vehicles in their new show Sticker Shock, including a trip to Ferndale.
In this new series, appraisers Randy Carlson, Addison Brown, Nick Smith and Todd Wertman, investigate the history and condition of some cool cars, and reveal the value after sharing the vehicle’s story.
Chris Beltz is the owner of a 1919 Briggs & Stratton Flyer. It’s one of only about 20 that still exist in working order.

The car features a wooden frame and an engine in the back that moves the “drive wheel.”  Nearly a century ago they sold for between $125 and $150, according to Guinness World Records who call the 1922 version the cheapest consumer car.  In today’s dollars that would be between $1,600 and $1,920.
The cars were nicknamed Red Bugs, and Beltz’s Great Aunt Dorris and Great Uncle Dick enjoyed bumpy rides in it before their passing.  Beltz bought it from his Great Uncle’s estate and has loved the process of having many family and friends helping him restore it since.
“Upon his passing my mom encouraged me to buy it, I have 10 classics.  My mom knew I

purchased it, but she never got to see it running as she passed from cancer at 63 in February,” Beltz said.
Though his mother Deborah did not get to see it, the vehicle does bring joy to countless others.  “I love that it is so uncommon and a rare treat to see at any car show.  It draws a crowd just because of how unique the vehicle is.”
Beltz said he was drawn to the idea of doing Sticker Shock because it was hard for him to find an accurate value because the vehicle is so rare. He cannot reveal the value, but hopes that anyone curious will start tuning in.
Neither Beltz nor a representative from the show know when the Flyer will be featured.  But the show airs Wednesdays at 10pm.  Learn more at https://www.discovery.com/tv-shows/sticker-shock/ 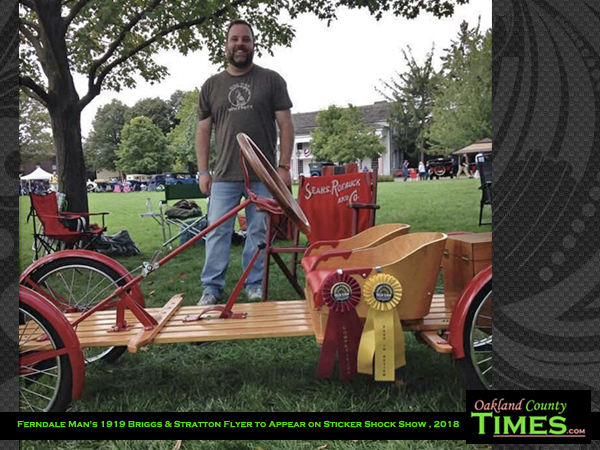 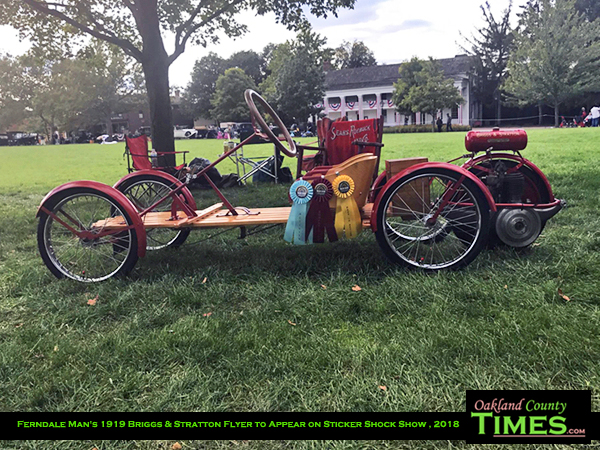