(Dennis Burck, May 7, 2018)
Birmingham, MI – One someone mentions Detroit architecture, one name comes to mind: Albert Kahn.
However, though Kahn was at the helm of the firm responsible for some of Detroit’s architectural gems, much of the creative work can be attributed to Kahn’s chief designer.
Michael Smith’s book, Designing Detroit: Wirt Rowland and the Rise of Modern American Architecture, focuses on the creative genius of Kahn’s chief designer, Wirt C. Rowland, and his legacy left imprinted across the nation with his enduring art deco designs. Smith spoke about his book recently at the Baldwin Public Library in Birmingham.

“By 1930, Rowland designed the four tallest buildings in Michigan’s four largest cities,” said Smith. “I was shocked that there were no books about him.”
Smith said part of the reason of Rowland’s anonymity is has to do with the history surrounding Kahn. “People confuse Kahn the architect with the firm Albert Kahn and Associates,” said Smith. “What Kahn really knew how to do, was run an exceptional architectural business.”
Among Detroit staples like the Guardian Building and Penobscot building, Rowland was also instrumental in designing the Buhl Building, Kirkland in the Hills and the Detroit News Building, said Smith.
“The Guardian building is the best art deco building ever,” said Smith. “It is something like the Parthenon. The type of skill and craftsmanship doesn’t exist anymore.”

Smith said he first discovered Rowland’s story in 2011 when he was put in charge of a Detroit bus tour. “I had to read up on buildings and that’s when I discovered all my favorites were designed by the same architect,” said Smith.
“I went out to get a book on this guy and there were no books, no articles. It’s like he never existed.”
Smith said he hopes “to educate Detroiters about the incredible history of this city and to make them aware of the phenomenal challenge that was created by the cultural and economic conditions of the state.
“I want to promote a greater appreciation of the tremendous number of innovative buildings

within the city that still exist and can be walked into and admired.”
After the Guardian Building’s completion, Rowland’s architectural work came to a screeching halt with the overall decline of building during the Great Depression said Smith. “After 1930, all building stopped in Detroit. [Guardian Building design firm] Smith Hinchman and Grylls, a company of 300 employees shrank to six.”
Suffering a stroke in 1946, said Smith, Rowland died age 67 in Grand Rapids.
Though some of Rowland’s designed buildings currently face maintenance challenges, said Smith, “right now more than likely any building that is still habitable will probably be reused.”
Available at Oak Park’s Book Beat and Barnes and Noble, visit ttps://www.barnesandnoble.com/w/designing-detroit-michael-g-smith/1124433982?ean=9780814339794 and http://thebookbeat.com/shop/ for purchase info. 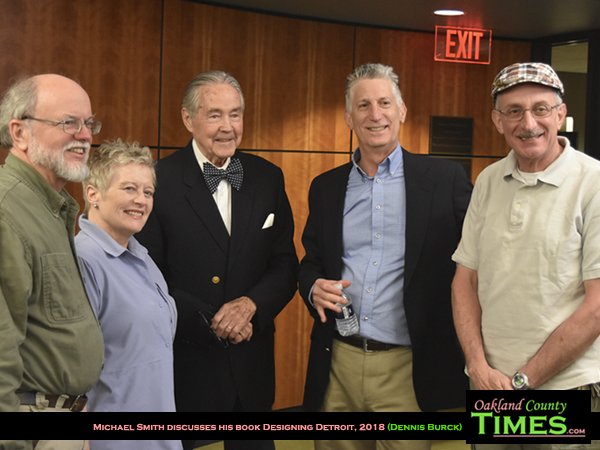 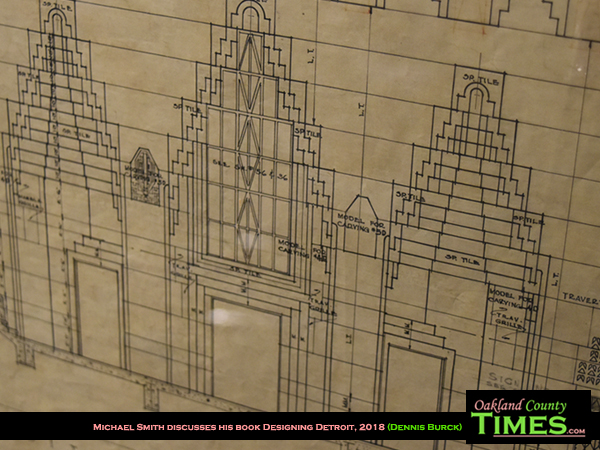 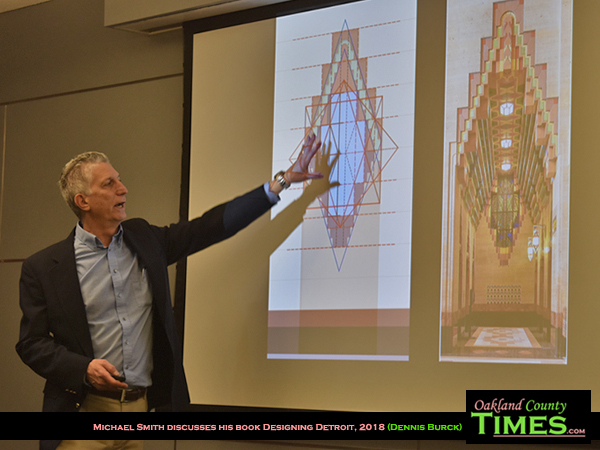