(Alissa Malerman, April 23, 2018)
BERKLEY – It has been a year since Berkley High School lost a beloved member of its autism community and rallied with a slew of remembrances, fundraisers and kindnesses to honor him. But the generosity and spirit of inclusion continues at the school, as was clear during the Dom Geskey Alumni Basketball game Friday night. Students again high-fived, walked arm in arm, scrambled through an inflatable obstacle course and goofed around as the teams faced off.
Dominic Geskey, 15, of Huntington Woods, died unexpectedly at home on March 13, 2017. He was an active member in the LINKS peer to peer program and beloved member of the BHS

autism community. In the wake of the tragedy, the Diversity Council decided to rededicate its annual Hoops for Autism game that pits the Boys Varsity Basketball Team against an Alumni team, to include Dominic’s name.
“Dom played a very special point in all of our lives,” said Diversity Council teacher Cindy Henderson. “He was an incredible, incredible soul who touched everyone’s heart. No matter what, he stood for inclusion and he made everyone smile … We are very thrilled to honor him and everything he taught each and every one of us: Number 1, to smile; Number 2, to love life.”
Henderson pointed out that both teams had shirts with the name “Larry” written on the backs in honor of one of Dominic’s favorite jokes, calling everyone Larry. Last year, the teams wore shirts with the name “Susan” on the back, another name Dom would call people in a loving jest.

role in her choice of a future career.
“Dom has inspired me to become a special ed teacher to help them get the tools they need and have equal education,” she said. “This game just exploded from what I thought it would be from the first year there was maybe, like, 50 people, to such a big crowd. It’s just amazing. I love seeing you all every year. It’s just amazing. I just want to thank you all for coming out and supporting this and helping fundraise for our special ed program as well as the scholarship in Dom’s name.”
Allen lent her support to Grace Perreault, Tyler Spencer, Kendall Grayson, Robby Hersman, Chloe Carlson and Hayden Szuber, who made up the committee that organized the event. She is currently finishing her freshman year at Lake Erie College in Painesville, Ohio.
During the halftime show, the BHS Step Team, Dance Team and Drum Line performed. The Dance Team finished the show by configuring their pompoms in the shape of a “D” for

Dominic.
Others activities offered during the game were the Delectabowl Food Truck, an inflatable obstacle course, face painting, temporary tattoos, mascots, a coloring table, Little Tykes basketball game and Treat Dreams ice cream at the concessions stand. All proceeds from the event are going toward the scholarship, a special inclusion project and the Special Education Program at Berkley High School.
Raffle prizes included gift certificates to local businesses, two student parking passes, a puck and photo autographed by Ted Lindsey and themed baskets, such as a Be Drama Basket and Toyology Fidget Basket.

Henderson, who also happens to be Allen’s mother, recalled the strong tie Allen had to the ASD program during her years in Berkley and how she became involved in the school’s ongoing diversity efforts.
“She wanted to make sure that students with ASD had the same access to education as everyone else,” Henderson said. “Dom had a huge impact on Paige.  She first worked with him when he was in seventh grade and he was a pivotal piece in her decision to become a special education teacher. When he passed suddenly last year, Paige knew she had to honor the legacy he left on so many people.”
“The alumni,” she continued, “some 30 years old now, come back year after year without question because they want to do their part in supporting autism awareness.”
The Diversity Council’s efforts also include discussions on race, gender, social class, sexual orientation and ability. The class is active in organizing events such as a freshman retreat, stepping up challenge day, culture fest, Holocaust Remembrance Day, a black history assembly, a woman’s career fair, pride day and of course, the Dom Geskey game. 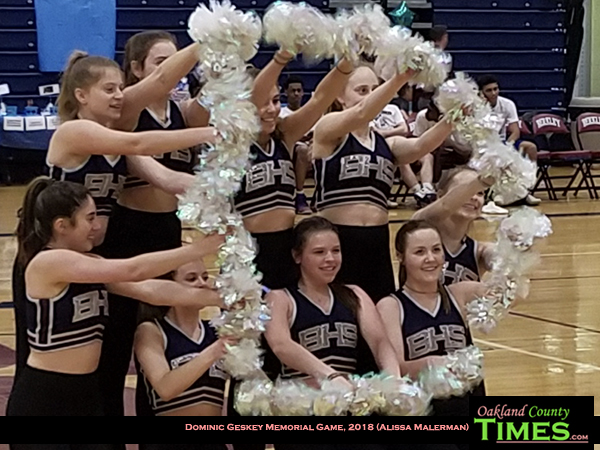 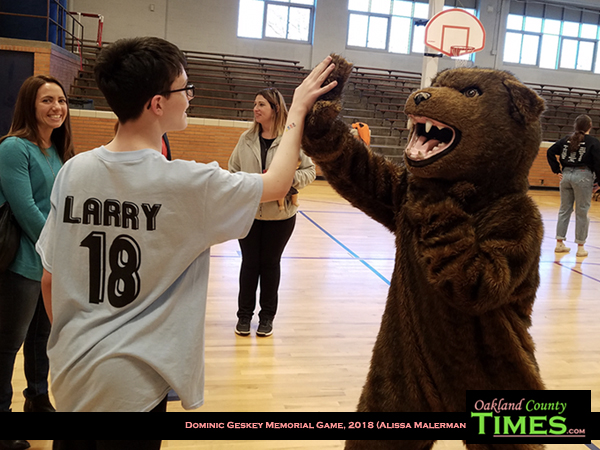 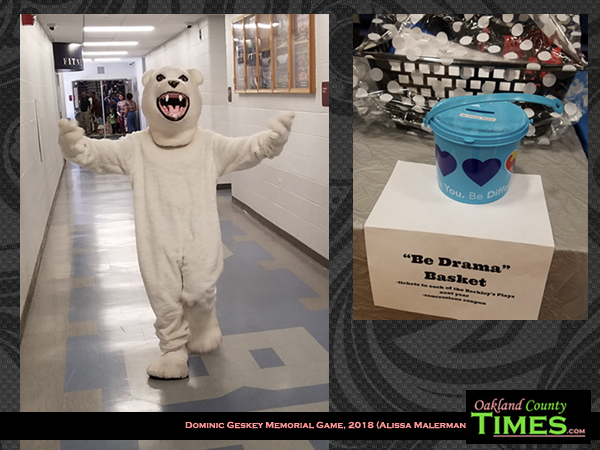 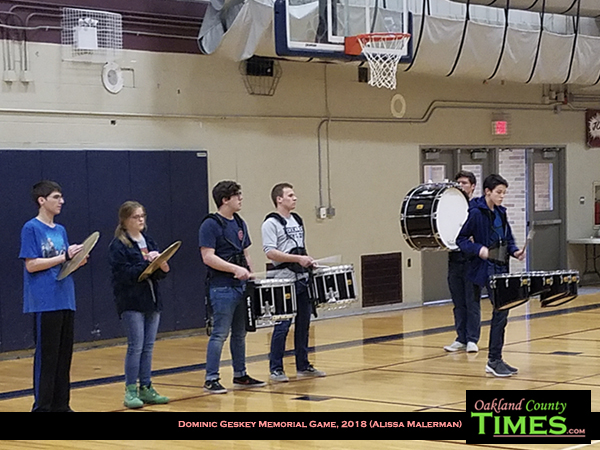 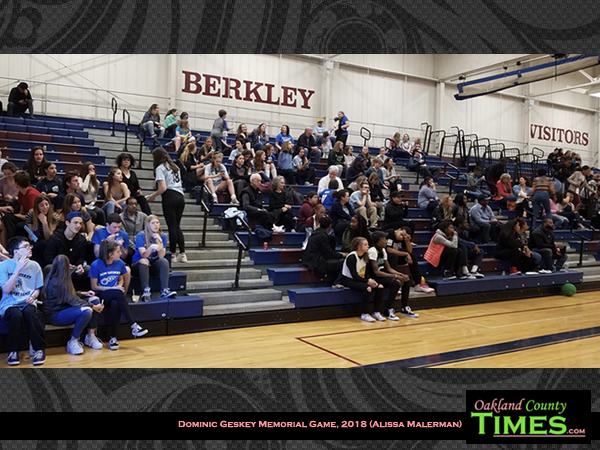 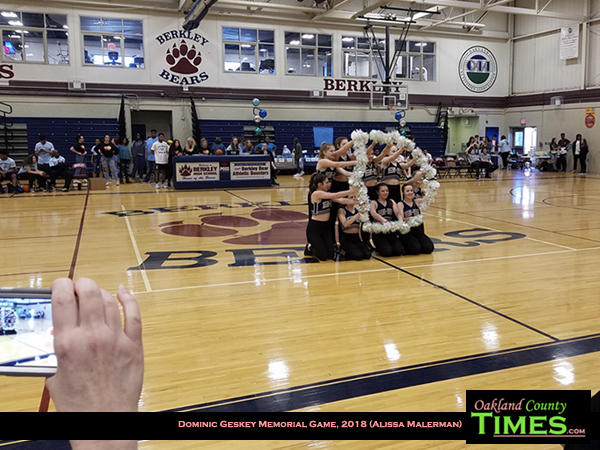 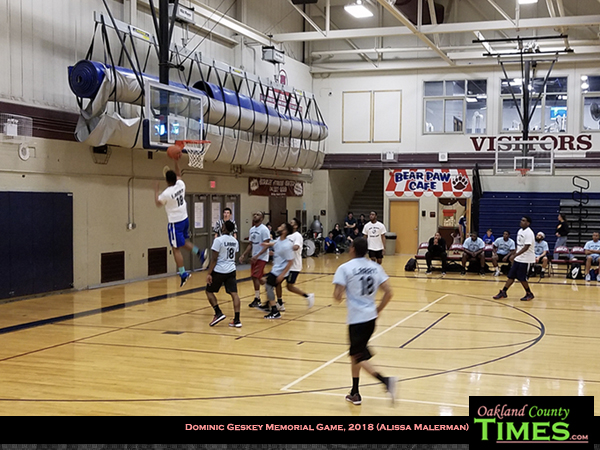 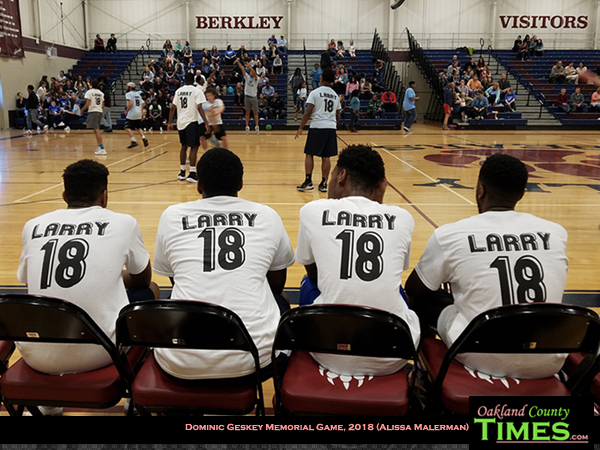