(Drew Saunders, March 26, 2018)
Oak Park, MI – So many people showed up for the CSI Fundamentals tour at the Oak Park City Public Safety Office Wednesday evening, that they had to split the nearly four dozen attendees into two separate groups.
“Resident outreach programs [like this] are to make the police department feel like it’s ours; and that the policemen are really on our side,” Mayor Marian McClellan said.
Officer Robert Koch took most of the attendees into the evidence processing room in the back

of the building and thanked the tax payers for paying for it. It was built in 2013, giving the department more space and technology for forensic investigations.
Regina Weiss is a city councilperson who said hello to the group before the presentation started. She told the Oakland County Times that public relations events like this were “Crucial for a few reasons. One, you [the department of public safety] are building positive relations with [the public]. Normally you [the public] are meeting them on not positive terms. And you’re also leaning more about what goes into being a public safety officer. So, it helps citizens develop more respect for what citizens are doing.“
Koch’s colleague Officer Arbenowske arranged a number of ceramic plates on a table in the middle of the room, which kept getting members of the public coming in in ones and twos, to watch him explain one of the cornerstones of how Oak Park’s law enforcement gets

convictions: finger prints.
“Believe it or not, we only need three little points on a fingertip to be able to identify somebody,” Arbenowske said.
Fingerprints are most easily recovered from smooth, flat surfaces. Residents got to practice placing their own finger prints on the place, using a small brush to put the dust on it, and then they removed the finger print. They did this by using what Arbenowske calls a fantastic invention – a simple piece of packing tape applied over the finger print.
You use a finger to rub the tape down and then gently lift it back up, making sure not to leave air bubbles. Then you press the tape, which now has the finger print, against a small strip of paper attached to one of the ends. And the finger print is sealed inside, preserved.
Officer Koch took the other group of citizens into the fire truck garage, to collect a foot print.

After pressing his boot into a dirt sample, he mixed up and applied a material also used to make molds in dentists’ offices.
“Shoe prints have been huge in cases in Oak Park. It’s like finger prints,” Koch said.
After it dried, it came up easily and his unique foot print came up. As Koch explained, there are hundreds of thousands, if not millions of boots, just like the police boot he had on, just like how there are thousands of examples of every show. But every shoe wears and tears uniquely –  because of the height and weight of the owner, where they walked and what they walked on.
Once police cast a foot print, it is sent, like nearly all of the evidence collected by Oak Park Public Safety, to a crime lab either at the Michigan State Police or the Oakland County Sheriff’s Office. State and County agencies have much higher budgets, allowing them to

process evidence for smaller jurisdictions.
In the case of the foot print, the lab techs would cover it in paint and apply a print to a large piece of paper, then compare the print they’ve made to the shoes of a suspect. The shoe print would then be put in a federal database, where it would be accessible to every federal, state, county and municipal law enforcement agency in the country. That plaster foot print Koch made was awarded to Ferndale resident Sierra Onickel.
“It feels pretty cool. I did not expect it, but it’s neat,” Onickel said. Onickel left the Department of Public Safety with a giant mold of a foot under her arm, saying she was going to put it somewhere in her new house. And everyone else left with more knowledge and appreciation for the work done by their public safety officers.
Find more educational things to do at the Oakland County Times Event Page, sponsored by White Castle. 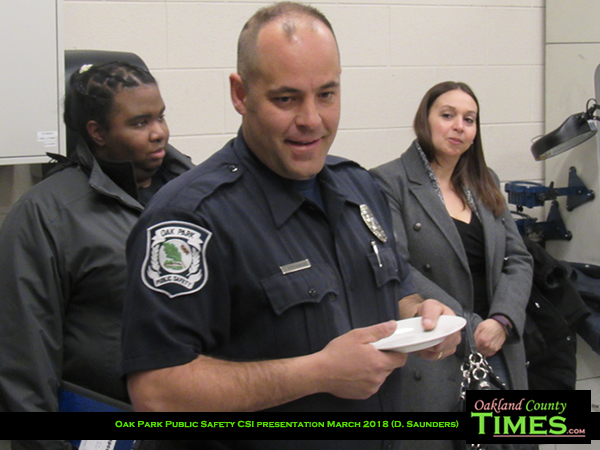 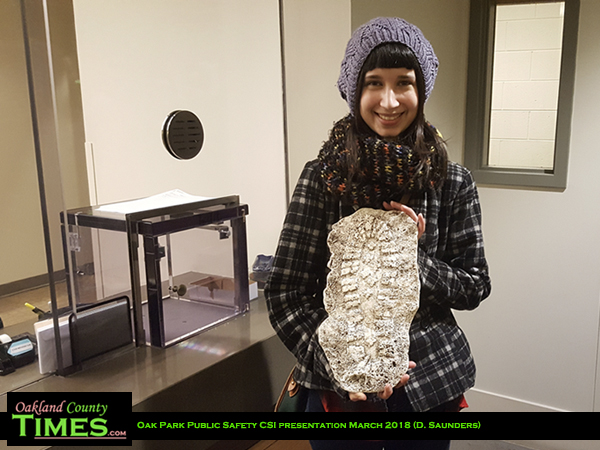 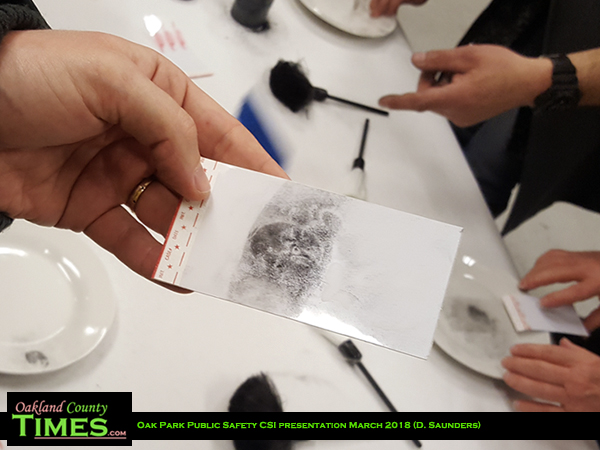 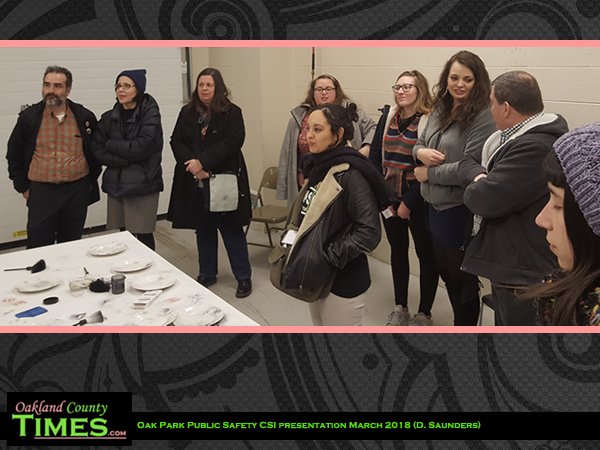 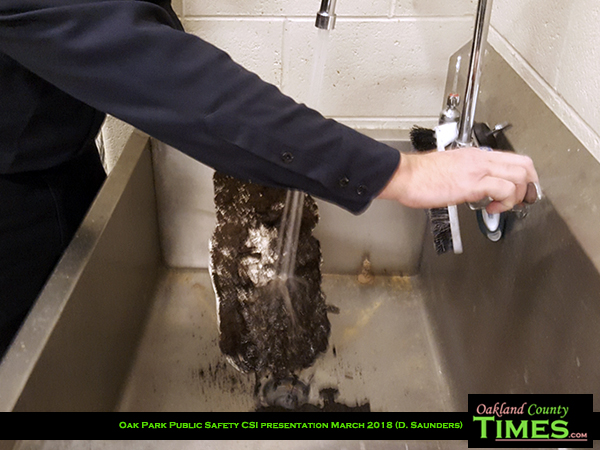 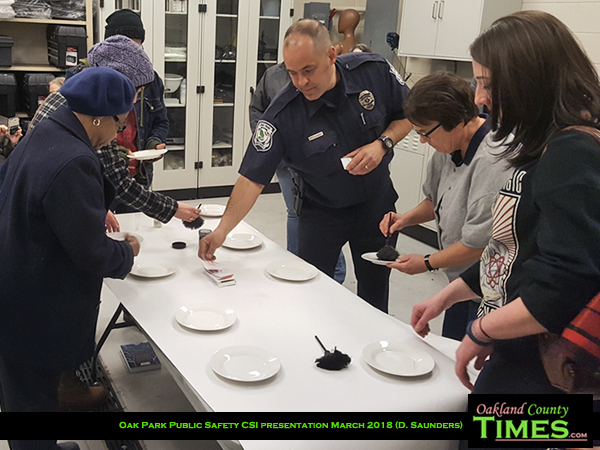 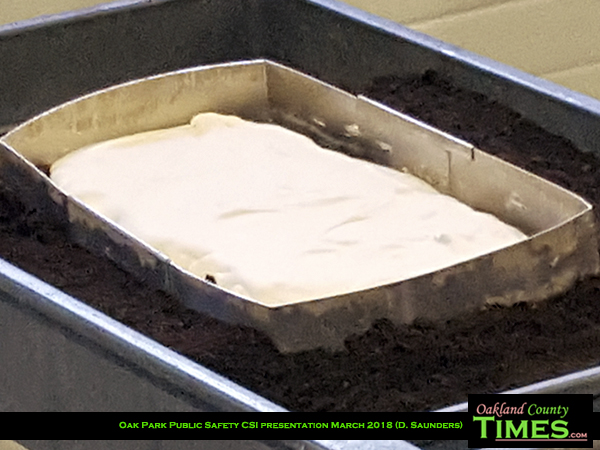 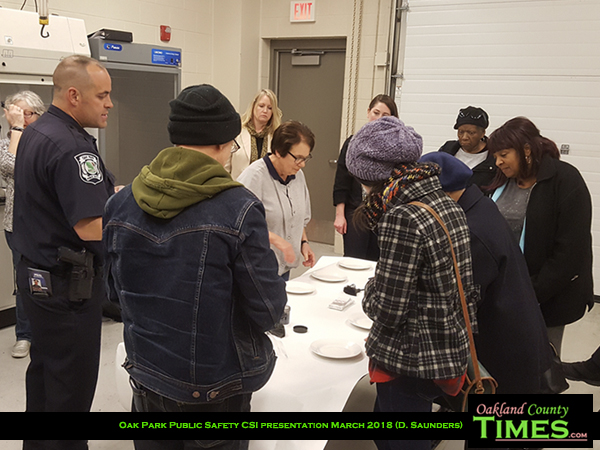 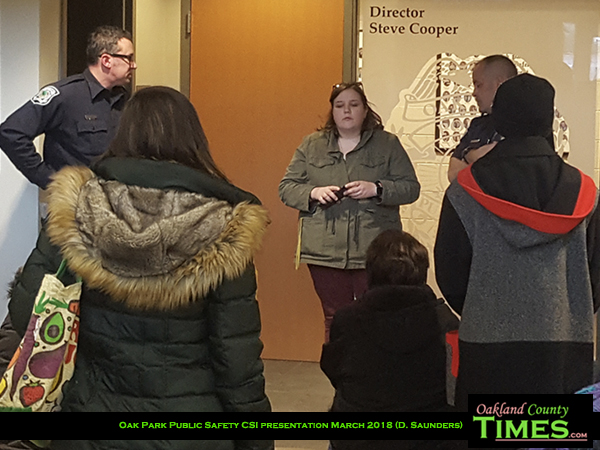 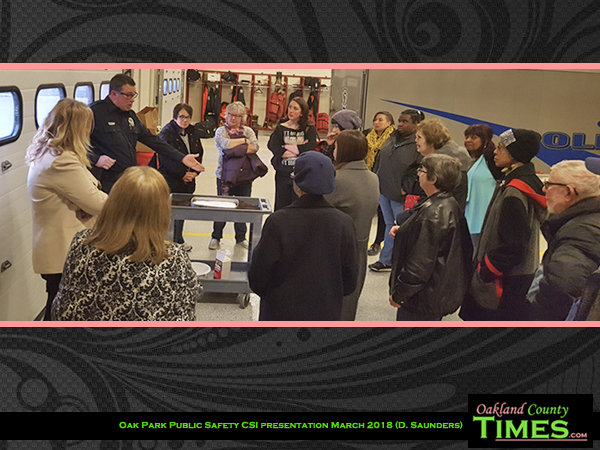