Hazel Park Gets the Drill, and other Bragging Rights

Hazel Park Gets the Drill, and other Bragging Rights

(Crystal A. Proxmire, March 5, 2018)
Hazel Park, MI – Walking into the Hazel Park Rec. Center on Feb. 22, one could not help but notice the shiny new piece of construction equipment on the front lawn.  Though a mystery at first, guests later learned that the machine is “Hazl,” a drill invented by a Hazel Park based Exlterra. This storm water solution company invented Hazl to be a lightweight, easy to maneuver, powerful drill to be used in a variety of conditions including emergencies.
The drill was named in honor of the community where it was created.

Hazel Park Mayor Mike Webb acknowledged Hazl along with many other points of pride from 2017 in the Annual State of the City Address.
Property values in Hazel Park have increased more than any other community in Oakland County as the inner-ring suburb bounces back from the recession and welcomes new homebuyers, business and development.
Webb spoke about his time on council when economic challenges were a dire concern.  “I’m truly proud of what we’ve accomplished. The touch choices and decisions laid the foundation for where we are today,” Mayor Webb said.
New businesses include Oak Street Health which opened in the long vacant CVS building on 9 Mile road, ATS Packing Store, Joe Bar, Amazon, Bridgewater Interiors and an LG factory manufacturing battery components for Chevy Volt.  The LG plant alone added 200 new “green economy” jobs to the community.  At 8 Mile and Dequindre a new Save A Lot, Secretary of

State Office and Tim Horton’s add a welcoming shopping center to the city’s entrance.
And Doug’s Delight is also planning to reopen in the spring, now under the ownership of the folks at Mabel Grey, which also continues to enjoy success.
Mayor Webb said “the glue that keeps the city going is cooperation,” and he gave several examples of that.
The sixth annual Hazel Park Art Fair was held at Green Acres Park, and there was a fitness park installed at there also.
The City’s gotten a facelift also, with the renovation and expansion of the 43rd District court

and City Hall, an effort led by Judge Chuck Goeddert.  And Woodward Heights was made to have three lanes.  2018 will bring more work, the Mayor said, with repairs scheduled to be made to John R.
Mayor Webb also welcomed new Police Chief Brian Bucholz.
The State of the City Address was done in conjunction with the State of the City Address for Madison Heights, with the event hosted by the Madison Heights- Hazel Park Chamber of Commerce.
Congressman Sandy Levin attended the breakfast event, telling the crowd “If I had a hat I’d take it off for you two communities which I’ve been privileged to be part of all these years.”
Click here to read about the City of Madison Height’s State of the City address. 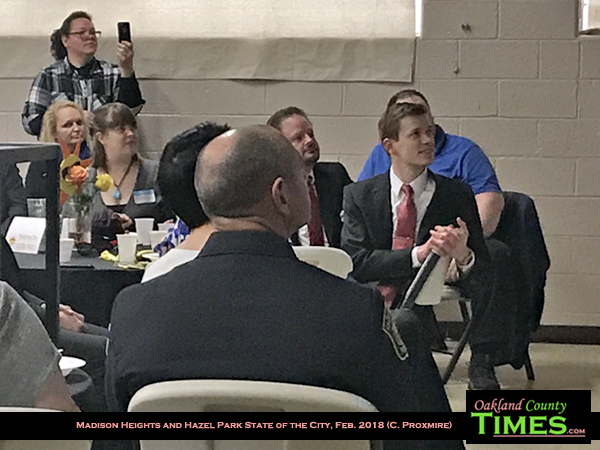 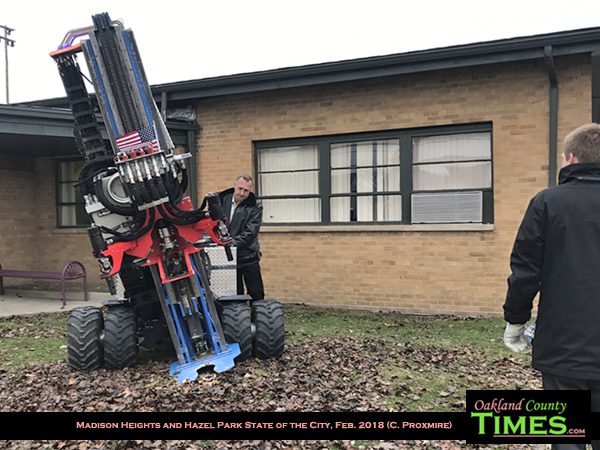 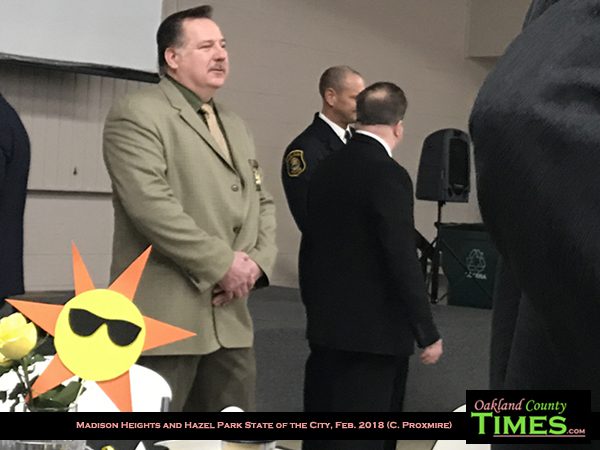 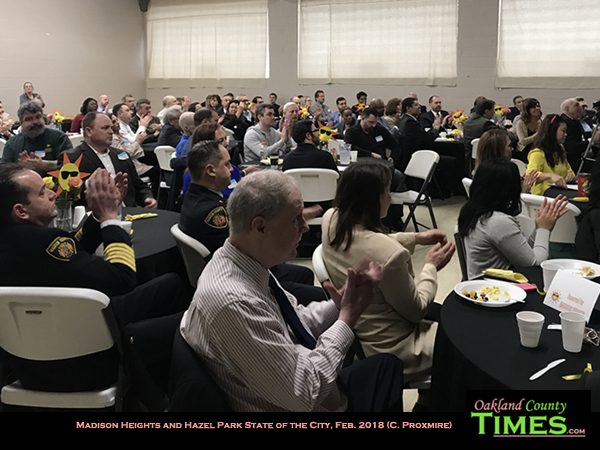 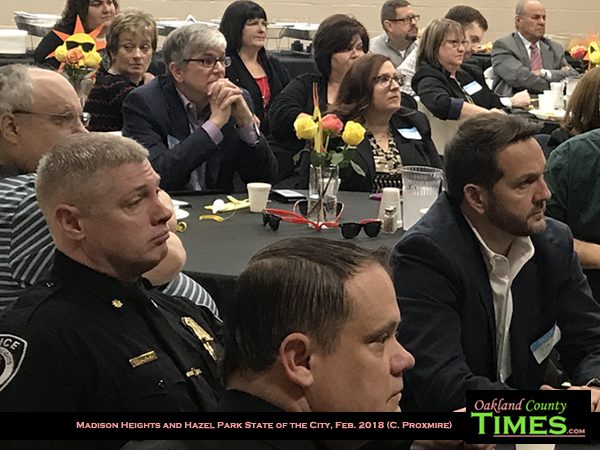 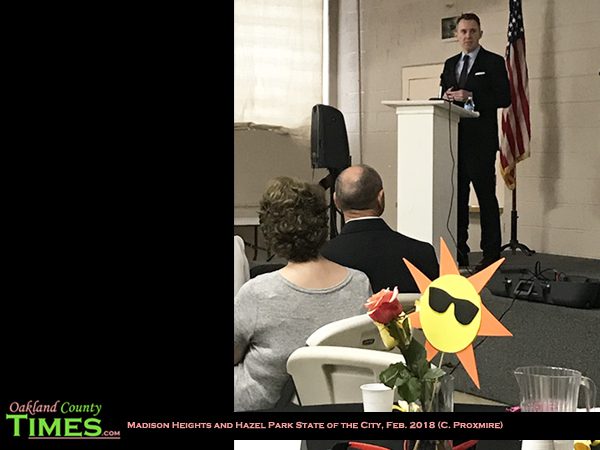 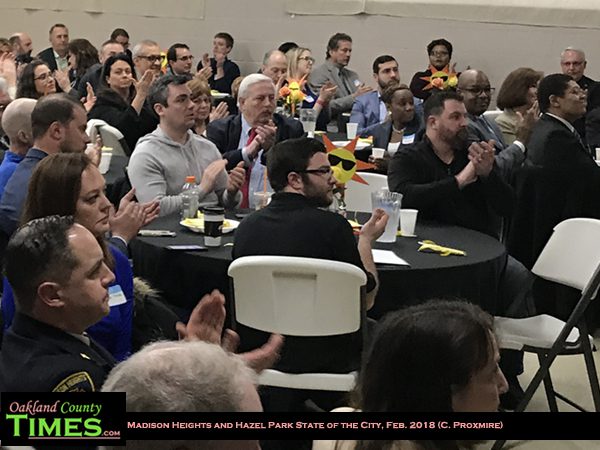 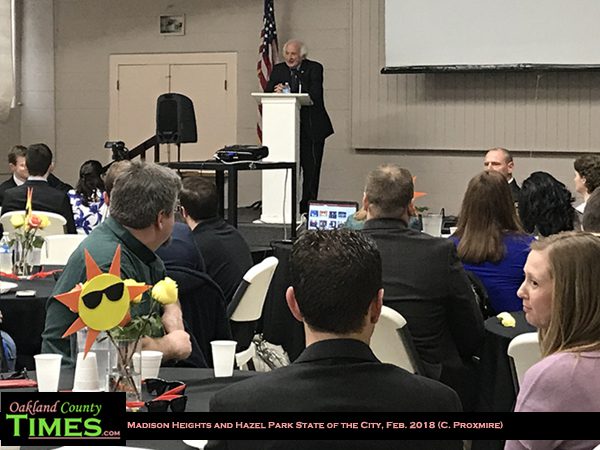 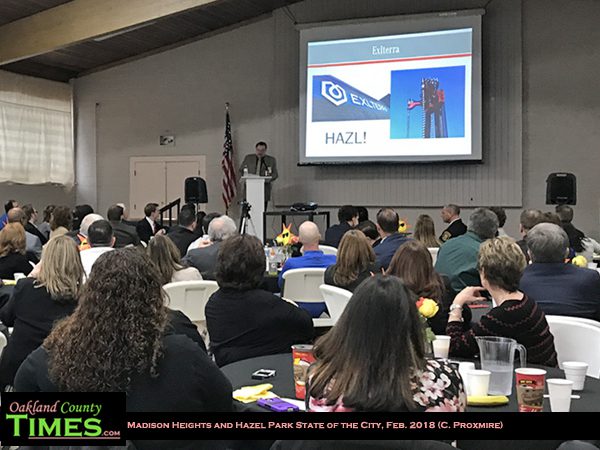 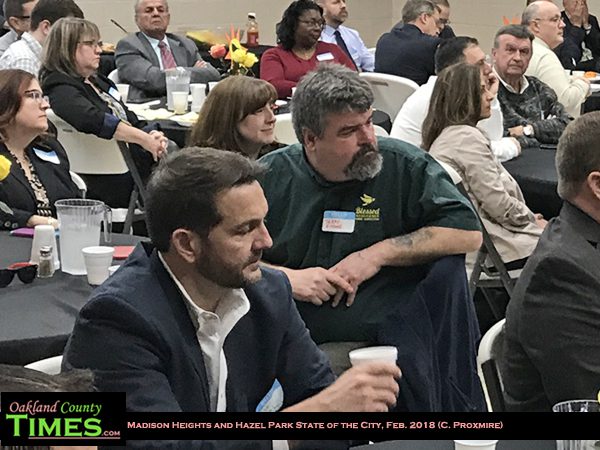 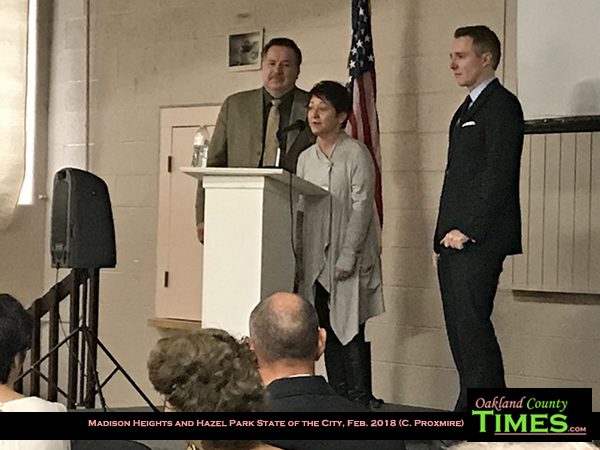 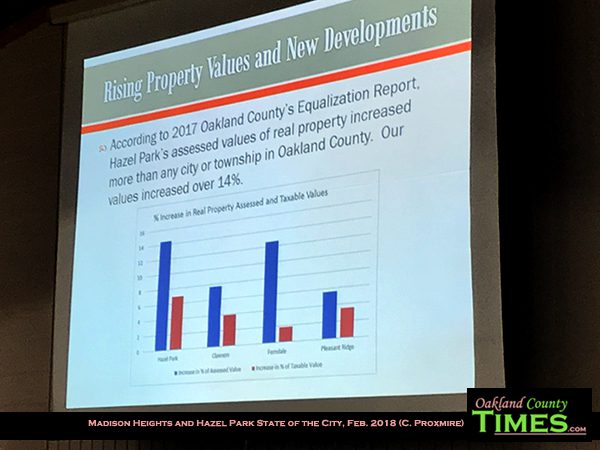 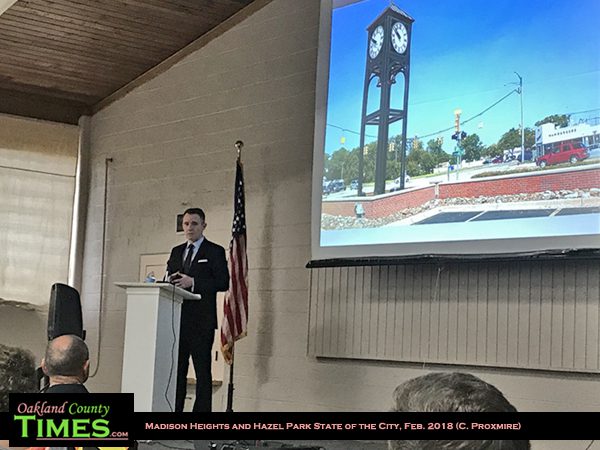 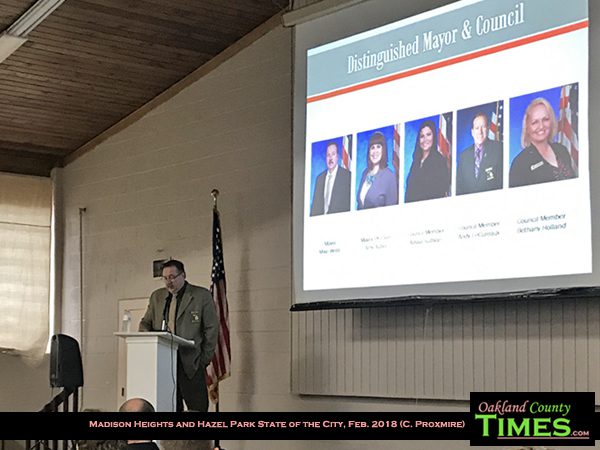 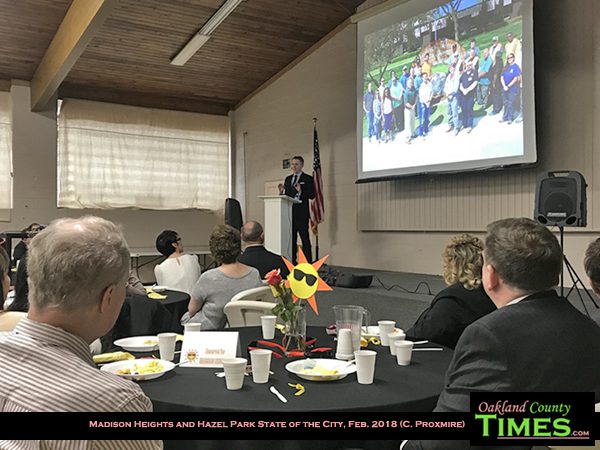 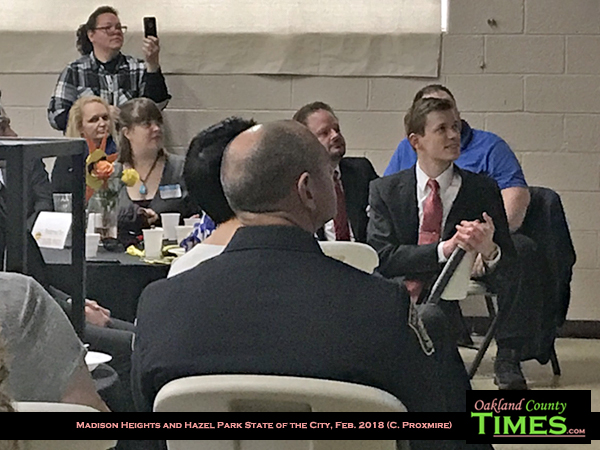