Updates in Keego Harbor Murders-Suicide
(Crystal A. Proxmire, Feb. 16, 2018)
Keego Harbor, MI – In front of the tan colored house with a decorative heart on the door in the 2300 block of Cass Lake Road, there are lines of caution tape and an area in the snow where neighbors have been leaving flowers and candles. Four people were found dead inside Friday morning in what police say is a murder-suicide.
Though the Keego Harbor Police have not yet released the identities of the deceased, online real records  and neighbors confirm that the Stuart Family lived there: 47 year old Daniel Stuart and 45 year old Lauren Stuart plus two adult children Steven (27) and Bethany (24).
Police continue to investigate.  A press release stated that “on Friday, February 16, 2018 at approximately 0810 hours Keego Harbor Officers responded to a welfare check at a residence in the 2300 block of Cass Lake Road in Keego Harbor.  Officers were met by a relative who had concerns for the residents.  Officers entered the home and located four deceased victims in what appears to be a family situation murder/suicide.  There is no danger to the community.
The suspected perpetrator of this tragedy has been accounted for.  Our thoughts and prayers go out to the family and friends of the victims.  The Keego Harbor Police Department is continuing their investigation into this incident. If you are aware of any information to assist in this investigation please call 248-682-3030 or email that information to Detective R. Barnes at barnes@khpd.org”
The Detroit News reports that a note left on the scene helps to explain what happened, but police have yet to reveal the contents. It also reports that the family dog was killed and that a neighbor heard police calling for Lauren to come out of the home.  However Police have not released details as it is still under investigation.
UPDATE: Keego Harbor Police have confirmed the identities of the family members, and released the following information as part of a statement “”The investigation continues as to motive but gunshots were the cause of death for each victim. The investigation at the scene and subsequent autopsy at the Medical Examiners Office indicate that Lauren Stuart shot and killed her family members before turning the gun on herself. The handgun used was recovered at the scene.”
NOTE:  Police Reports come directly from the Police Department or agency involved and are written by the person or agency listed below the title.  We generally run these “as is” or with minimal editing for punctuation, spelling, etc. Suspects should not be presumed guilty.  Those needing more information about a case are encouraged to follow up with the reporting agency or court system for the most current information.
Want to be on our email list? Go to http://eepurl.com/bv-2vr.
This story is presented without advertising due to the subject matter. Please support our sponsors at http://oaklandcounty115.com/sponsorshipadvertising/.
This story will be updated as more information becomes available. 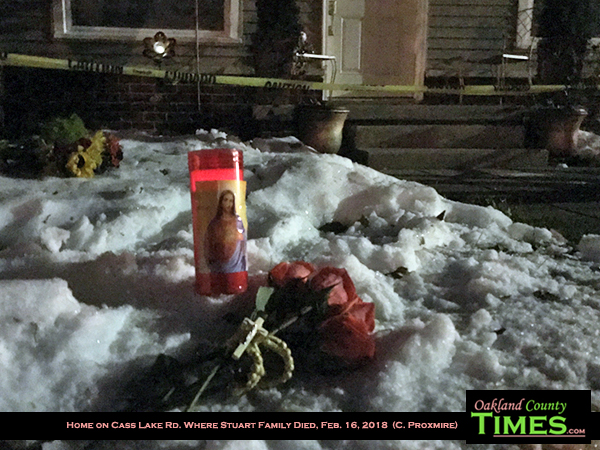 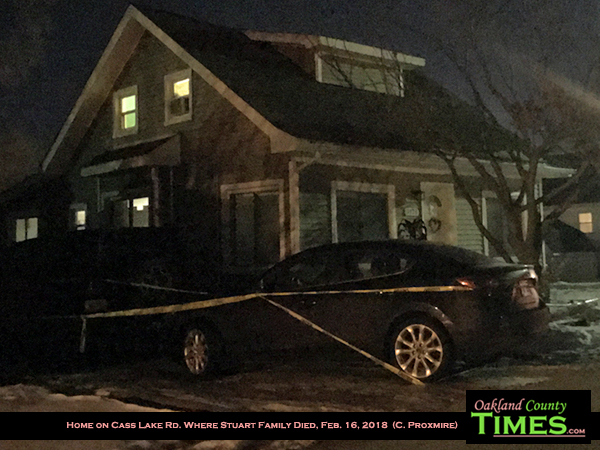 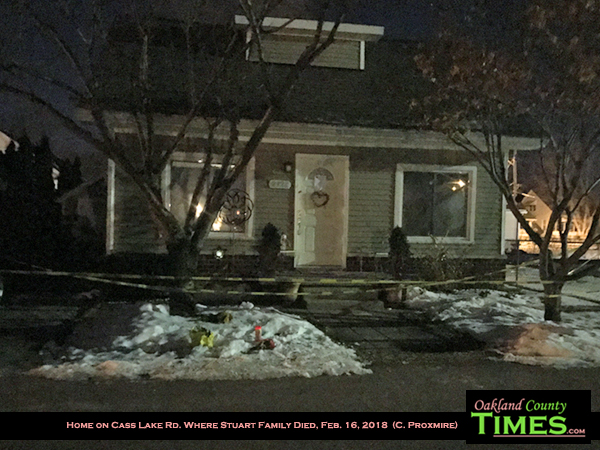 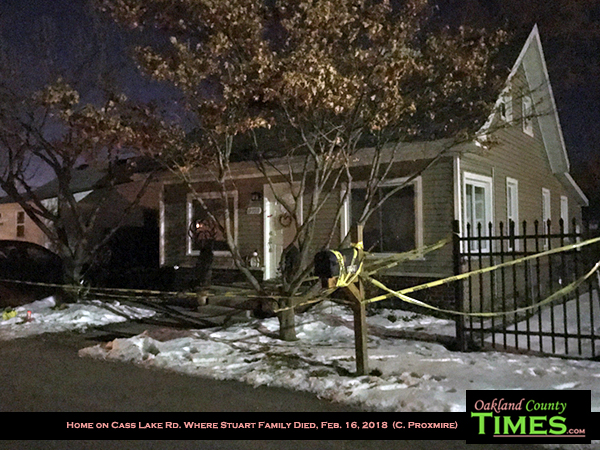