Business Awards
(Crystal A. Proxmire, Feb. 16, 2018)
Ferndale, MI – Ferndale is home to many great businesses, including retail, restaurants, other services, technology and manufacturing. And each year the Mayor’s Business Council honors some of those company’s achievements.
This year the awards were presented at The Corner, which is the restaurant located inside Detroit Axe.  The Thursday night ceremony put a spotlight on five stories of success.
MADISON HEIGHTS GLASS
Joanna Cibrario, along with Jon & Justin Krebs accepted the Project of the Year Award for

Madison Heights Glass.  Ferndalians may have noticed the blue buildings on E. Cambourne Street between Hilton and the railroad tracks, and the fact that the blueprint of these blue buildings keeps expanding.
In 2016 they added 15,000 square feet to help with fulfillment for many notable clients including University of Michigan, General Motors & Ford, Domino’s Pizza Headquarters, Detroit Metro Airport, MJR Theaters, Great Lakes Crossing and the US Department of Defense.
“With so many local, state and national projects, Madison Heights Glass is fueling progress across communities and industries, and powering our local economy in the process,” Coulter said. “We’re honored that they chose to grow right here in Ferndale, and pleased to recognize Madison Heights Glass as the 2017 Project of the Year.”

FARM FIELD TABLE
Farm Field Table was named Company of the Year, with Matt Romine and colleagues accepting the award.
“Farm Field Table is the self-named, but externally validated “Trusted Butcher to Michigan’s Finest Chefs,” Coulter said.  “Chances are, if you’re a carnivore that’s dined at one of the excellent restaurants in Ferndale or downtown Detroit, you’ve had Farm Field Table meat. Not just mere suppliers, founder Matt Romine sees this company as collaborators, working with small family farms, chefs, and others in the meat supply chain to advance a level of quality that is unmatched by mainstream, large-scale corporate butcheries. Matt’s vision, to

blend high quality craftsmanship with sustainable, fair practices, couldn’t be a better fit for Ferndale.”
DAN RILEY OF AXLE BREWING
The  Executive of the Year award was presented to Dan Riley, Axle Brewing / Livernois Tap.
“Dan Riley’s Livernois Tap has been an incredible addition to our vibrant and growing Livernois corridor, attracting visitors from across the city and the region. As an Executive, Dan’s leadership led a fledgling brewer through a rebranding and rebirth into the successful and socially-conscious company it is today. Dan not only facilitates and embraces collaboration among his peers in the brewing industry – leading to tasty results for the rest of us – he also lends his support frequently to charitable causes,” Coulter said.
He pointed out two examples where sales of specific beers help result in donations to local

causes.
“14th Amendment” helps raise funds for Affirmations, and “Very Stable Genius” is helping fund the renovation and buildout of Ferndale Radio’s station inside the Rust Belt Market.
“We’re thrilled that Dan chose to locate here in Ferndale, where his company and its vision are a perfect fit, and proud to raise a glass to the 2017 Executive of the Year, Dan Riley,” Coulter said.
COVENTRY CREATIONS
“Many of you are probably aware of the Candle Wick Shoppe in Downtown Ferndale, but you may or may not know about the bustling production company behind it, Coventry Creations,” Coulter said as he introduced the Entrepreneur

of the Year.
“Jacki Smith, founder of both companies and a member of our DDA Board of Directors, has been churning out wonderful products and aromas for more than 25 years and more than $1 Million in sales right here in Ferndale. This is an incredible achievement for any business, and Jacki made it happen through the ups and downs that come with running and growing a small business, not to mention dramatic economic changes, from the great recession to the advent of e-commerce. It takes a truly skilled entrepreneur to not only survive, but thrive, over such a great length of time and through such dramatic changes.
“Jacki’s entrepreneurial skill is evident in the longstanding success of Coventry Creations. We’re proud to recognize Jacki Smith for that skill and achievement as 2017’s Entrepreneur of the Year.”
ART ASHLEY, FERNDALE ELECTRIC APPRENTICESHIP PROGRAM

“When it comes to corporate citizenship, while there are many dedicated Ferndalians, the first names that typically come to mind are our own Jack and Annette Aronson. And while every year they’re doing something for this community that is worthy of an award, from the Ferndale Literacy Project, to getting the Ferndale Eagles Football Team to Florida, we got together and thought a more economical and inclusive approach might be to just name the award after them and get some other folks on stage too,” said Coulter as he announced the new award, the winner of which was Art Ashley of Ferndale Electric.
“Art’s company will be celebrating its 60th Anniversary in 2019 (founded back in 1959) and has been an industry leader throughout its existence. Additionally, as the company’s Pledge to

you reads, part of their core mission as a company includes “embracing the responsibilities of good corporate citizenship” (perhaps they foresaw the creation of this award).  Art and Ferndale Electric have honored that pledge. Art and Ferndale Electric sponsor community events, such as Clean the Ferndale Up and the Mayor’s Business Council, and they also are helping to tackle the serious challenges facing our society. Ferndale Electric has helped build homes for low-income families with Habitat for Humanity, provided relief support to communities affected by Hurricane Sandy, and even supports training and job placement for people seeking trades careers through the Detroit Electrical Industry Training Center.”
The Mayor’s Business Council is one of many ways the city works to encourage development and support business. Learn more at https://www.ferndalemi.gov/services/mayors-business-council. 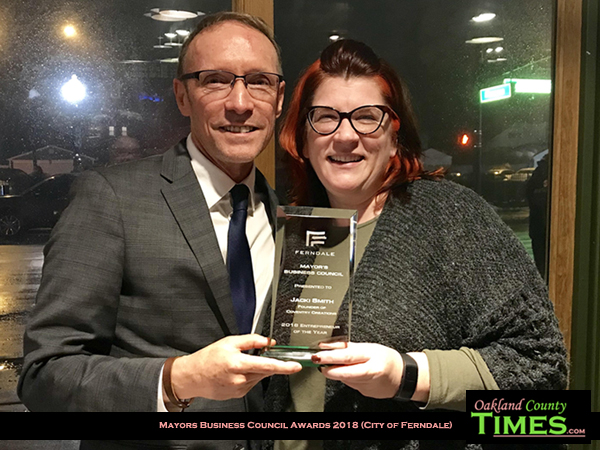 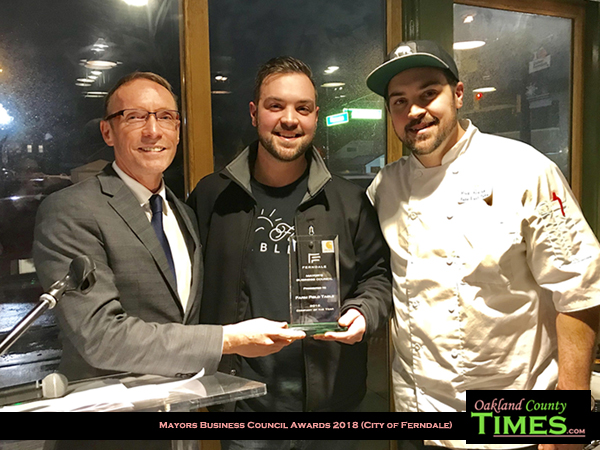 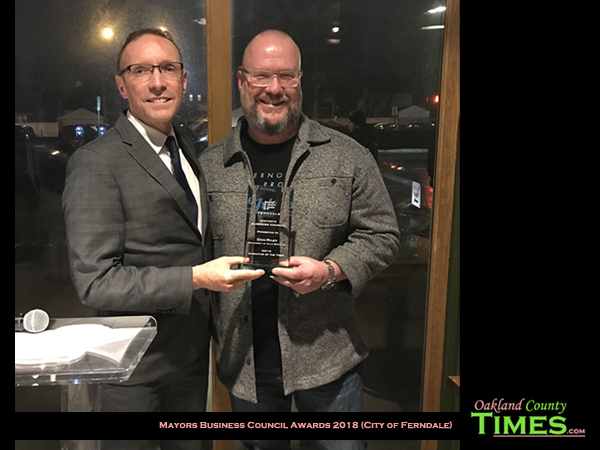 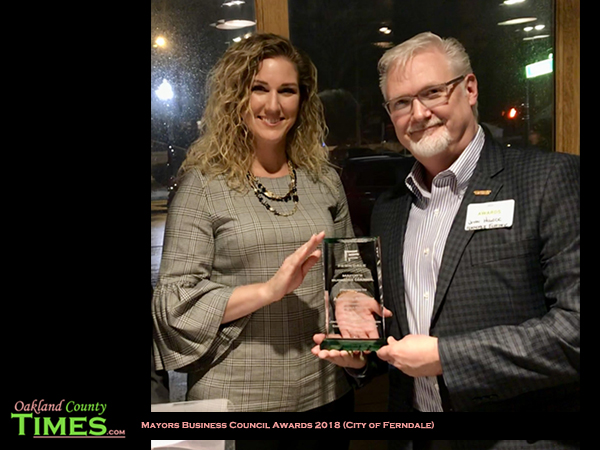 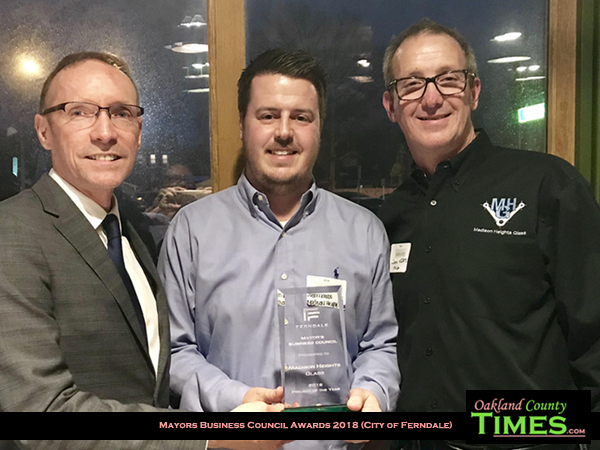