of Holly Teen’s Olympic Dreams
(Mark Stowers, Feb. 12, 2018)
Holly, MI -As the Winter Olympics gear up in South Korea, Holly native David Retzlaff has his hopes set on the 2022 Winter Olympics in Beijing, China. The snowboarder has been honing his skills pretty much since his elementary school days. After making a splash on the snowboarding circuit, he was invited to train with other Olympic hopefuls in Colorado. He’s spending time training and preparing for high-level world competition that will hopefully secure his path to the 2022 Games.
“I probably have been snowboarding since I was seven,” Retzlaff said. “My brothers and I were into skiing and then my oldest brother, Mike, got into snowboarding. So, my middle brother,

John, and I both got into snowboarding.”
The 18-year-old attends Thrive Leadership Academy mostly through online classes while he trains. Being the youngest of the Retzlaff brothers, David learned from his brothers and he was more apt to take on crazy challenges that his brothers could come up with.
“They were pretty much my first two coaches and would always help me to push the envelope. If they had a cool idea they’d have me do it first,” David said. “Without them, I wouldn’t be where I am today.”
Retzlaff’s coach, Brady McNeill from Idaho, has taken him under his wing to help hone his skills to an Olympic level.
“We’re in our second year together,” Coach McNeill said. “Some of the best training parks in the country are here in Colorado and it draws a lot of attention. His ability fit with the kids I

was already coaching.”
McNeill has six snowboarders he’s coaching but only three are at the high competition level.
“David’s been mind blowing. I wish I had him a few years previous. In 12 months he’s progressed as much or more than any athlete I’ve seen. He’s very committed, very passionate and very disciplined kid and it’s starting to pay off,” Coach McNeill said. “Right now, we need to work on our contest mindset, so we can do it under the pressure.”
McNeill rates Retzlaff’s tricks – the triple corkscrew, multiple 1080s with a “solid bag of rail tricks are as good as anybody else’s.”
With continued training, Coach McNeill notes that Retzlaff works to keep his trainees “hopeful and humble and focused on the process and the results will come. Making it to the

Olympics is the result of multiple results. You can’t just jump to the Olympics no matter how good you are. We stay focused on today to set us up for tomorrow.”
Retzlaff will be the focus of a fundraiser to help fund his Olympic dream. The “Keep Him on the Mountains” Fundraiser takes place on Saturday February 17 at the Holly Moose Lodge, everyone is invited to attend.
“There will be a 50/50 Raffle, a Mexican Fiesta Dinner Bar from 4:00 p.m. to 7:00 p.m.” he said. “It really is donation based. It’s a really expensive sport with all of the travel involved.”
The cost for the dinner bar is $10 and there will also be a cash bar and entertainment.

Donations are tax deductible and 100 percent of the funds raised will go towards Retzlaff’s training and competition costs that run near $20,000 annually. Doors open to the public at 4:00 p.m. and raffle drawings begin at 8:00 p.m. (You do not have to be present to win.)
Retzlaff competes in Slope Style and Big Air Competitions.
“Big air is one big jump. Slope Style includes rail features and also jumps in the same run,” he said. “I’m sponsored by Lib-Tech Snowboards. I get a free snowboard every year.”
Retzlaff can be followed on Facebook and Instagram – DavidRetzlaffOfficial. Head to Holly and help an Olympic hopeful fulfill his dream. 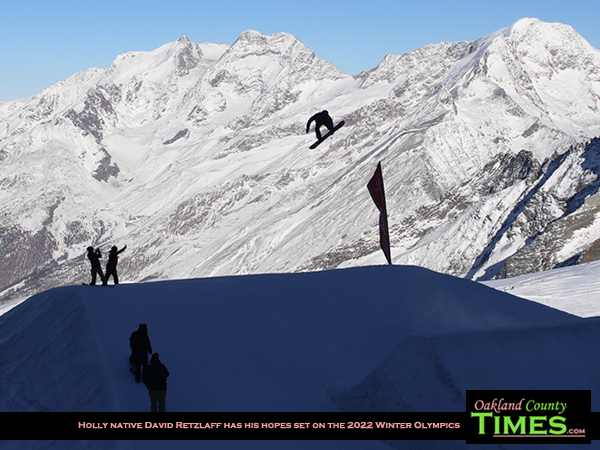 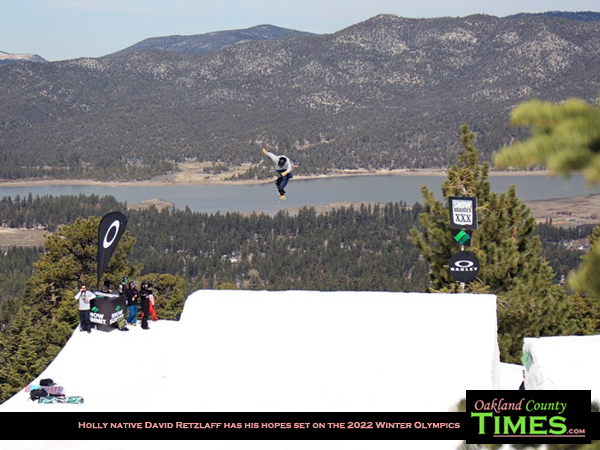 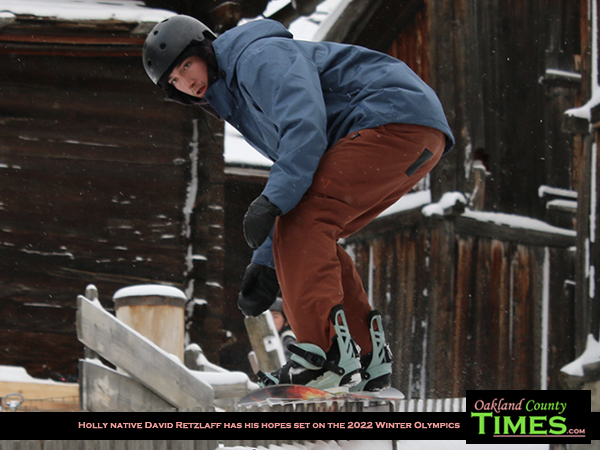 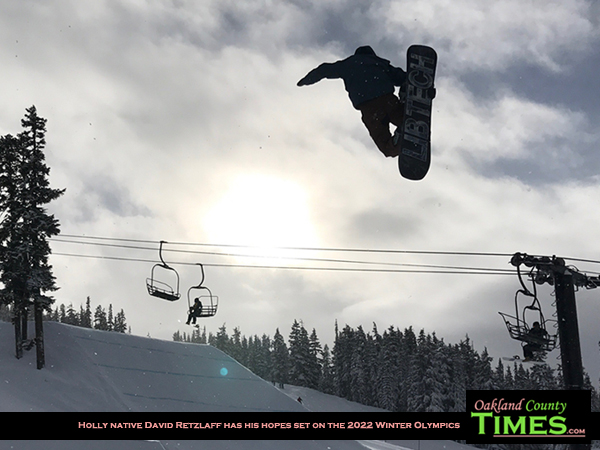