Pontiac Thrills, Teaches and Protects
(Sam Gurwin, Feb. 5, 2018)
Pontiac, MI – Pontiac added another cool place to its growing resurgence- it’s a little batty- literally.
The Organization for Bat Conservation & Save The Bats started in the late 90’s by Rob Mies.  It outgrew its Cranbrook Institute of Science-affiliation and space to land in an old Bank building in Pontiac.
The Rescue & Sanctuary Non-Profit educates, protects, gives money and houses bats, owls, skunks and even a sloth.

THE BASICS OF SAVING BATS
The Bat, the only true flying Mammal, is quite interesting as the crowd that goes on the Bat Zone tours seem to indicate.
Young Paul and Annabelle had a great time as the adults seemed to have also!
Groups of all ages including families go on guided tours of several different species of bats housed at the Shelter.
There are 1,370 Species of Bats in the World and nine of them are in Michigan according to Tour Guide Mark.
The dangers to bats include: (1) White Nose Syndrome- a recent disease that

has killed 10 million bats in recent years (2) Taking Bats as Pets- Usually they die within a year and are not pets but “wild animals” (3) Pesticides- from the diet of insects contaminated with too much of the poison (Michigan Bats are all insect-eaters).
The Shelter has a wide array of merchandise including cute stuffed animals, mugs, buttons and more. Paul and Annabelle got a kick out of the stuffed animals!
THE BATS
The “Big Brown” is the most common bat in this area of Michigan with the ability to “Echo-Locate” to hunt and fly. This bat is categorized a “Micro-Bat”

as it is pretty small. All of the Bats in Michigan are said classification. They can fly up to 40 mph. Fast little critters but they slow down in colder temperatures. Hibernation is natural and it helps to build up fats for survival.
OTHER BATS AROUND THE WORLD
“Mega-Bats” are the category of the Bats in Europe and Asia. These Bats (Vampire, Egyptian & Malaysian and others) don’t use “Echo-location” but hunt for the blood of animals and fruits like figs.
These Bats are the size of birds at least! These are the ones that make it in the movies. Vampire Bats can’t actually drink human blood as it makes them sick- animals such as Cows are often fed upon. The Bats only take what they need and usually the animal doesn’t even know the Bats are on them.

Young Paul’s favorite part of the bat tour was the “Vampire Bats because of the blood”
EVERYONE (and BATS!) ARE WINNERS
The bats get help, not just from The Organization for Bat Conservation.  The community pitches in. A butcher supplies the blood the Vampire Bats consume and the Whole Foods Market Chain gives fruit to the Non-Profit Sanctuary. Those that visit the Bat Zone, fundraising events, and the gift shop also help fund their care.
Outsize the Bat Zone, one thing a regular person like us can do is to get a “bat house.”  This square structure is small enough for the bats to get and sleep.

It’s mounted perhaps 15 feet in the air. As the young bats are raised during the summer months, it’s in spaces like it. They also like barns, garages and sometimes attics.
Another way to help is to plant night blooming wild flowers near your “bat house” as the bugs drawn will help the bats feast.
So here in Pontiac, a great synchronicity is happening- fun and learning about bats, and conservation of the tiny winged creatures that help our world. Bats help agriculture by gobbling up pests that are harmful to crops.  They help with pollination and spreading seeds, and in urban areas they eat the insects that can bug people – including mosquitoes.
Learn more about Bat Zone at https://batconservation.org. 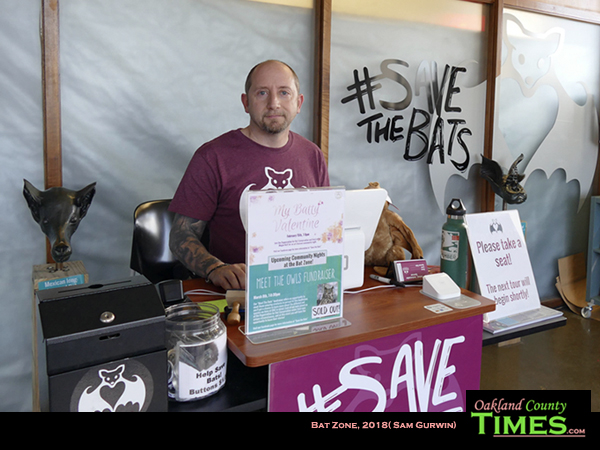 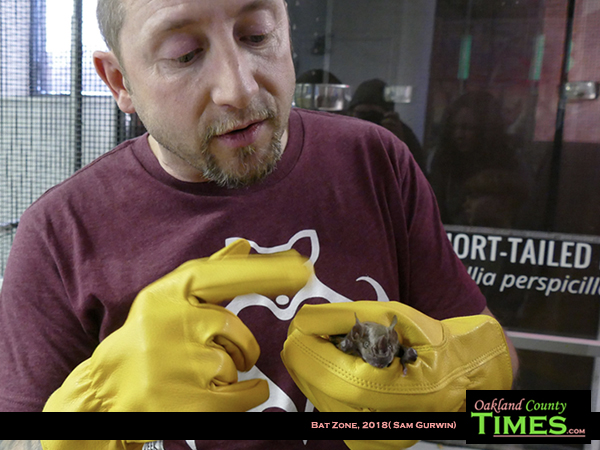 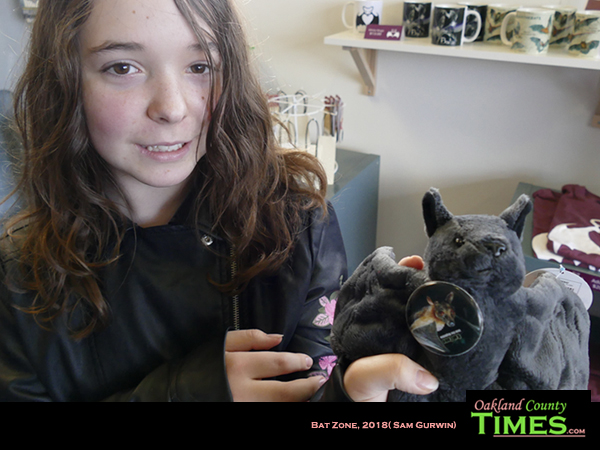 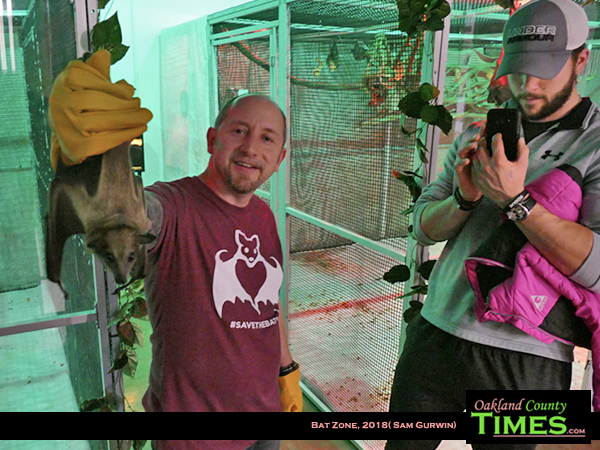 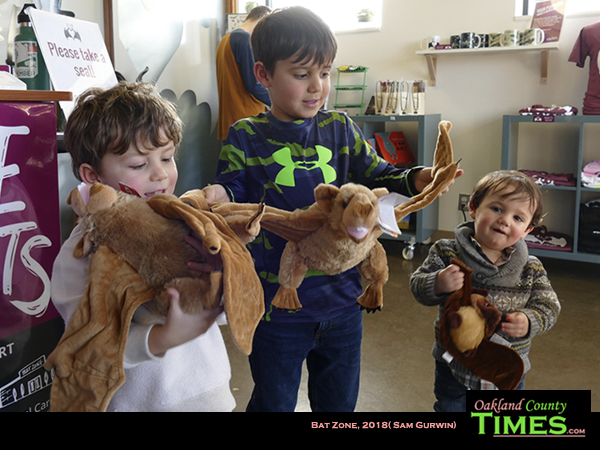 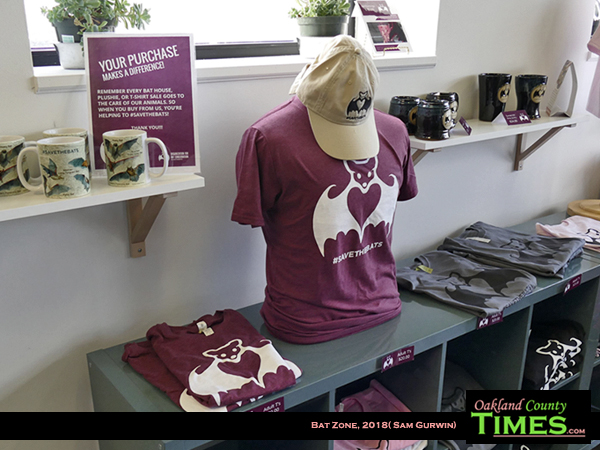 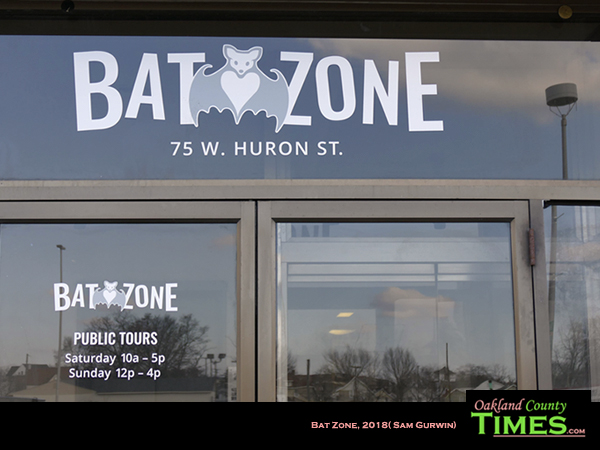 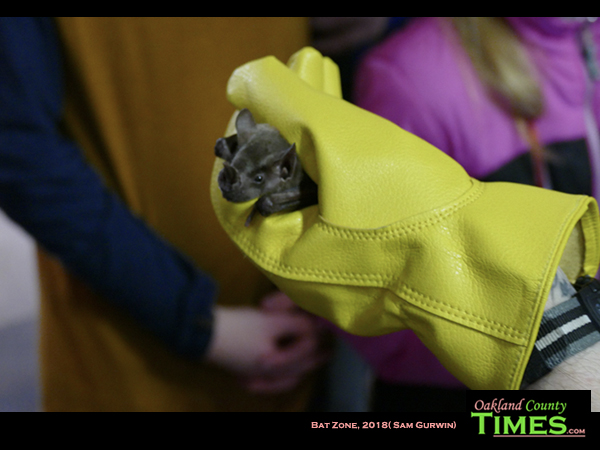 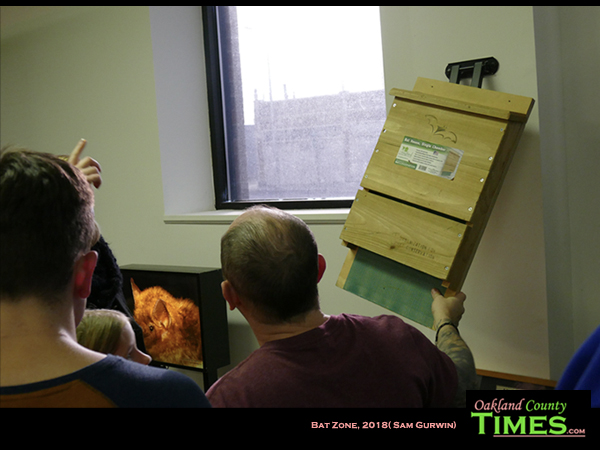 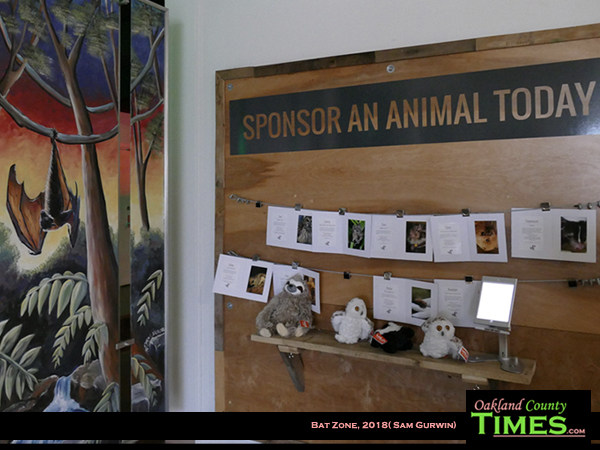 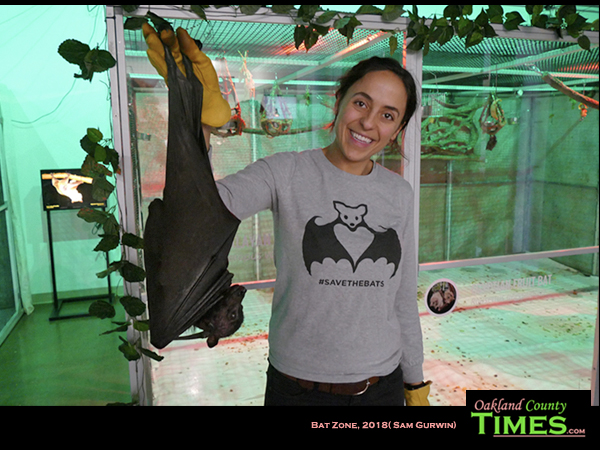 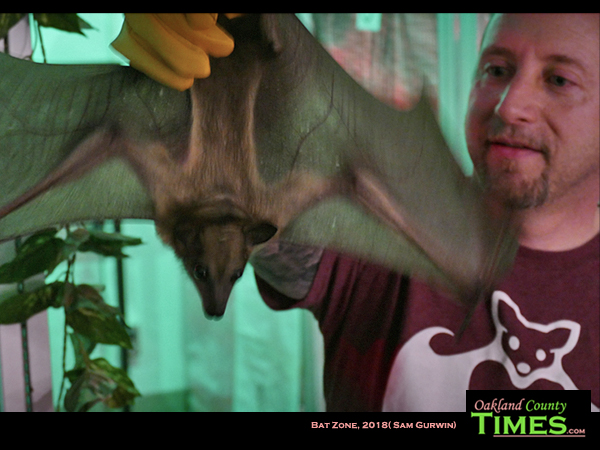 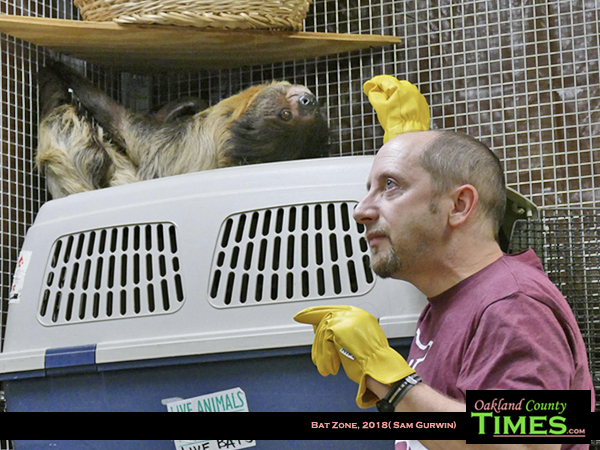 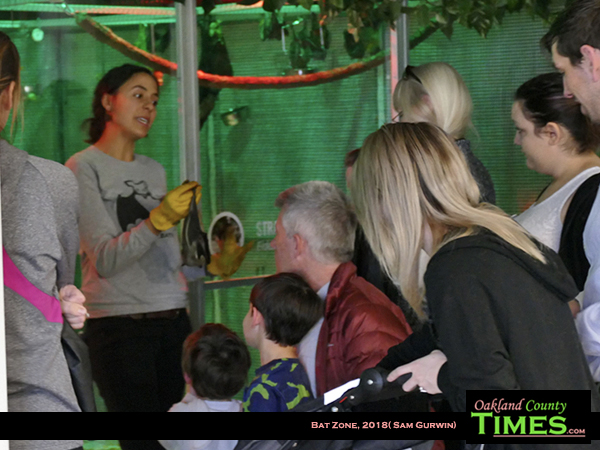 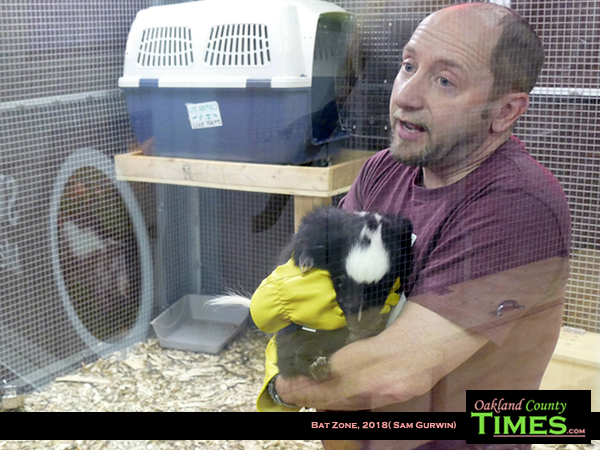