Vault to Detroit Fans
(Sam Gurwin, Jan. 29, 2018)
Detroit, MI- The air outside John Varvatos is charged with simmering excitement. A small crowd of both young and old stand next the richly decorated building that is this high-end clothing store. A secret resides within; to this crowd it is known. GENE SIMMONS is here. “The 70s changed the game” says Mason, a younger Man who probably wasn’t born when the band KISS, the Band which made Simmons famous, was created.
Rock music is almost defined by the music of KISS & Simmons. “A Great Experience” said Middle-aged Brian who stood in line to get into THE VAULT EXPERIENCE he bought- A collection of special music Simmons is hand delivering. This cold winter day these people have

come to down to here because Rock Legend Gene Simmons is here to see them! Strange you ask? The answer is here…
ARRIVING
The idea of bringing music and mini-concerts seems to be another outstanding idea of GENE SIMMONS INC as this reporter likes to call him. Just like Metro-Detroit, cool ideas from successful businesspersons seems to be flooding the up-and-coming City. This product called “THE VAULT EXPERIENCE” is a $2000 mini-suitcase full of Mr. Simmons’ original music and more…for the purchase price he will come and perform a mini concert for the lucky few at cities around the Country!
About 40 people took him up on this offer. Lining up outside they were excited, even the

people who couldn’t get in as they didn’t purchase THE VAULT EXPERIENCE.
This VAULT is a private collection coming in a steamer trunk with wheels- Simmons packs his unreleased songs, photos and more for the collector. This music and more ranges from 1966-2016. The best part is that he comes to your city to deliver it and also has a private concert for the buyers!
MINI-CONCERT
After going in and getting your wristband you go back out and wait for short while. Soon the Concert with Gene and his friend from Rhino records begins. “Good Music” an older couple mentioned to me that were waiting for the concert to begin. Simmons cuts across all age groups. Gene plays some of his songs and explains THE VAULT. He is on the stage with Mr.

Valcourt, A Rhino Records Representative. He has several interesting stories about his past and childhood stories about the origins of his music and his psyche. Songs are played, laughs are present- Simmons & Valcourt have a great chemistry on stage. Simmons even had a boy come on stage and ask about his experience. He was there with his Dad. Gene praised the Family values of this family. This mini-concert lasted for about an hour…then one can meet him!
MEET & GREET
After the concert groups of about 6 went up to meet him. Meanwhile, The Collectors below are offered fine food on trays and beverages. The vault collection is given to them and pictures were taken with him while the fans spoke to him. Simmons, of course, signs the trunk of music. A lot of collectors brought other material & products to be signed. From toys to posters, the collectors and fans had an amazing array of stuff from over the years! Gene was good-natured, attentive and witty. There seemed to be no unhappy faces during this event. Gene Simmons has reinvented the music industry and learned how to monetize his music even in this day of free web surfing. Metro-Detroit & Detroit itself seems to be on the move like this. Reinvention and vigor means success, and on his visit to the Motor City last week Simmons fans had their part of it. 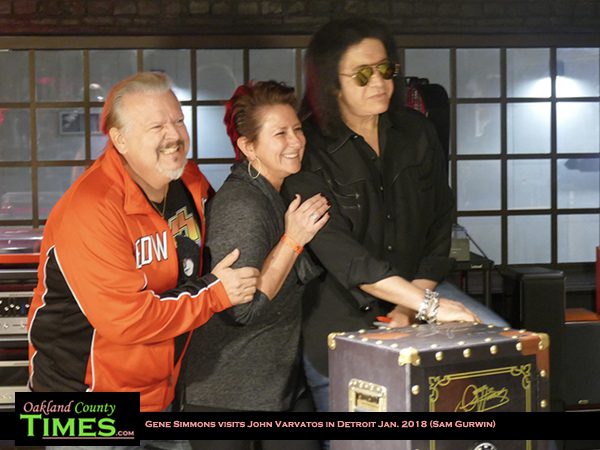 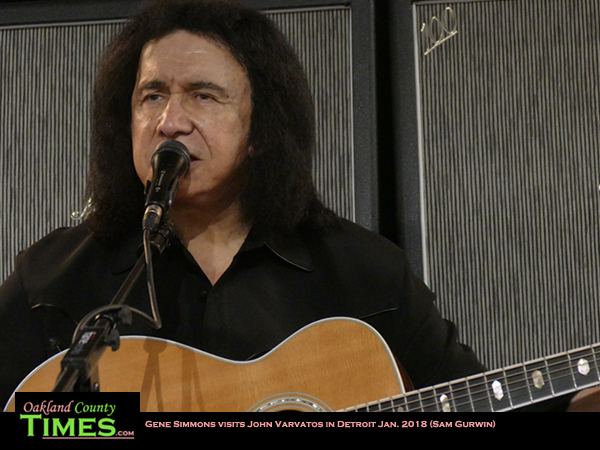 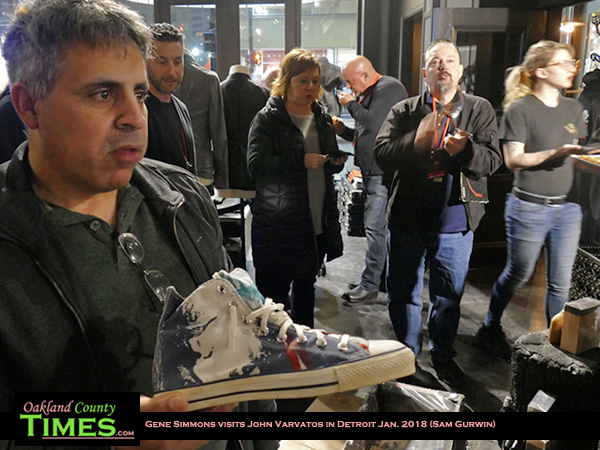 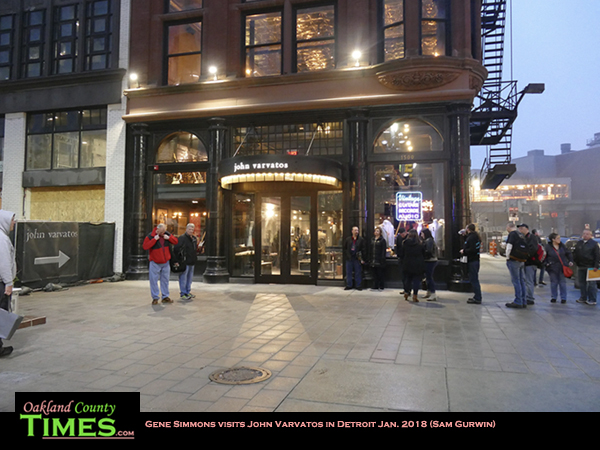 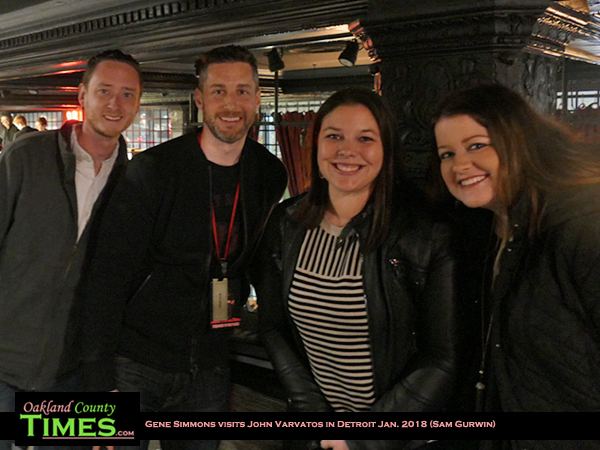 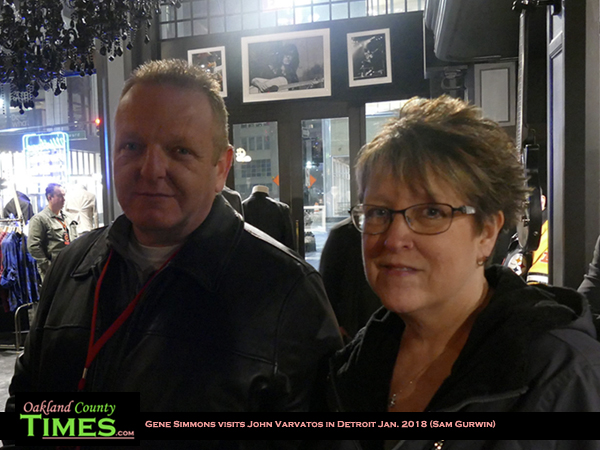 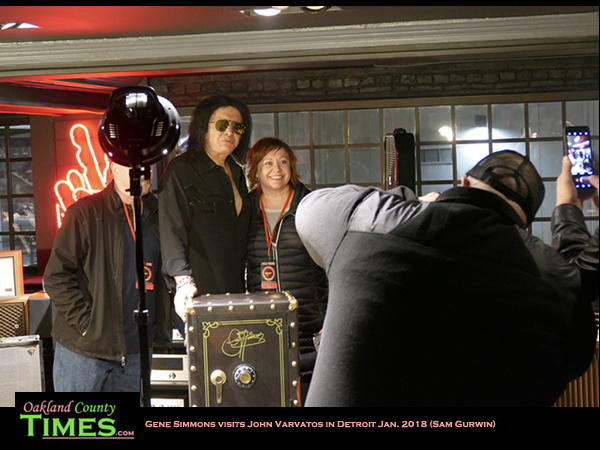 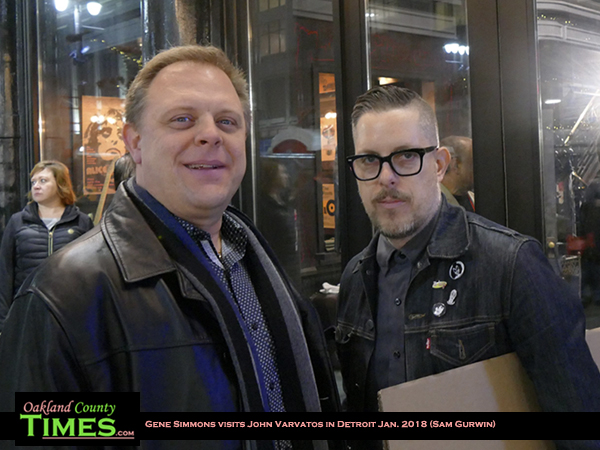 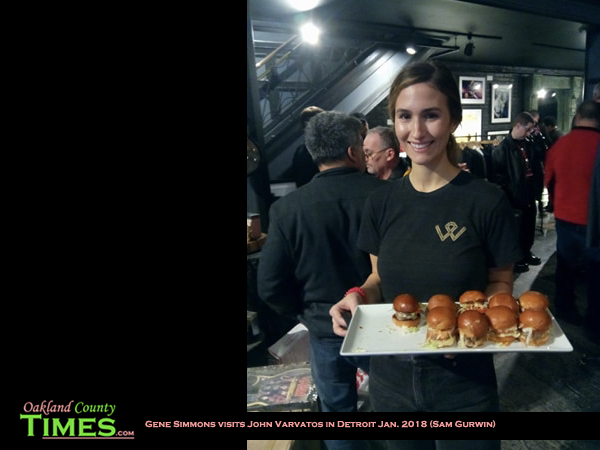 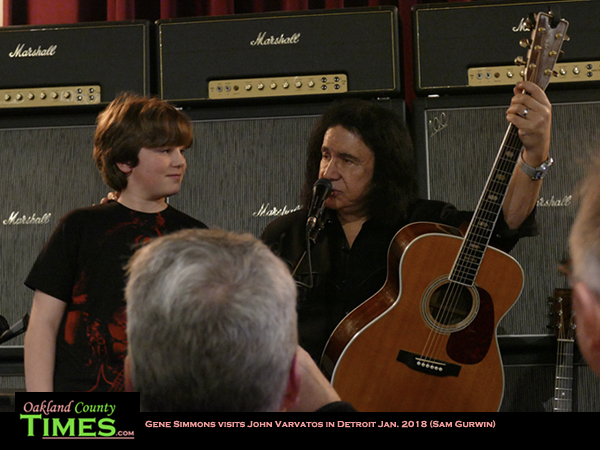 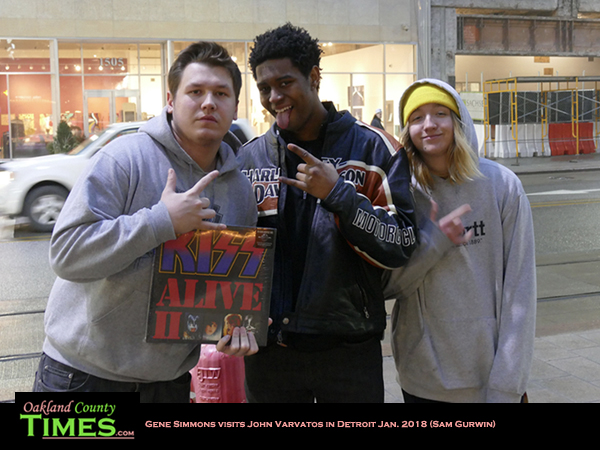 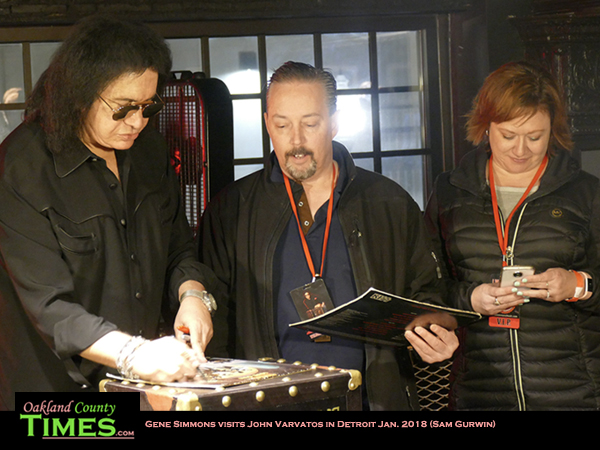 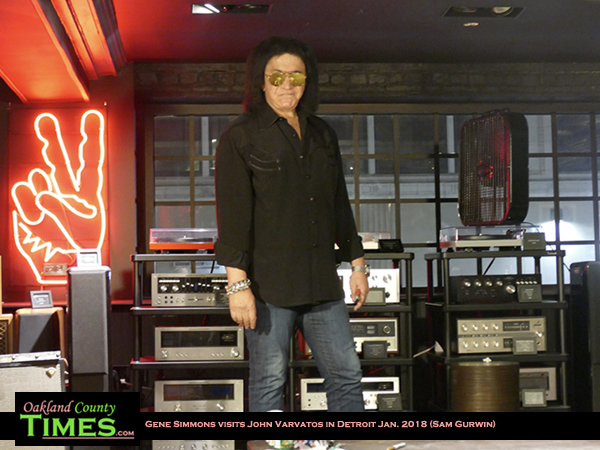 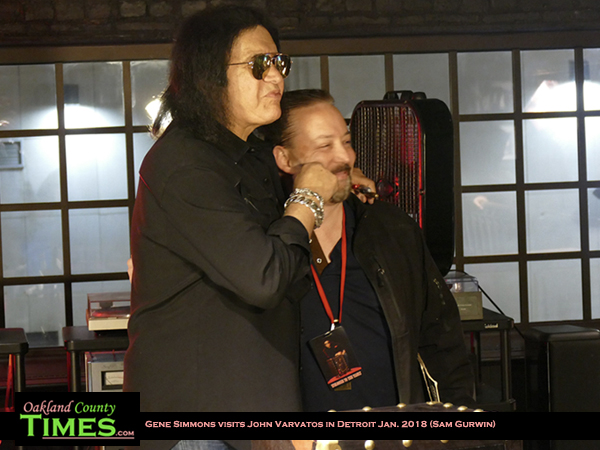