100 Years with Dinner and Awards
(Crystal A. Proxmire, Jan. 23, 2018)
Holly, MI – Over 100 people came together Saturday night to celebrate the 100th anniversary of the Holly Chamber of Commerce.
According to an early pamphlet, the Chamber was started “to promote the general welfare of Holly and the surrounding trade area.”
Over the century, businesses have found benefit from networking among themselves, bringing the community together with charity and events, and promoting Holly to outside world.
The first President, John W. Phipps, owned a wire company and is credited with enticing the

H. M. Piano Company to get established in town.  Phipps lived from 1855-1922 according to a written history of the Chamber presented at the centennial celebration.
The history also talks about how members in the 1920s would take a train trip once a year to see a Detroit Tiger’s game and tour a Ford production plant.  There were also photos of Chamber events past.
Now the Chamber has members that work in banking, retail, real estate, florists, restaurants, and many other services.
“Holly is such an eclectic place,” said Secretary of State Ruth Johnson who was among the attendees. “People are so supportive of each other.”
Over 100 people attended the celebration, which included dinner at the historic Holly Hotel.

There were also awards given.
Dr. Laura Legant, owner of Inspirations Arts and Crafts Workshop was awarded Business of the Year.  Among the ways she is involved, Legant helps organize events like Fairy Day and Zombie Day. She participates in the Holly Dickens Festival, Holly Area Youth Dinner Theater and is on the board of Holly Area Arts and Council Board.
The Women of the Moose were honored with Organization of the Year.  Among their contributions are charity events and planting flowers in local parks and through the Downtown.
Michael and Sarah McCanney, along with their daughters Maebelle and Pollyanne were awarded Family of the Year. Chamber President George Kullis, who is also the Holly

Township Supervisor, presented the award.  “Without teaching kids ow to volunteer and give to the community, who will be there to do it in the future,” Kullis said.  He listed some of the activities the McCanney’s participate in, including Dickens Festival, Holly Days, lemonade stand at the local car show, and on the Downtown Holly Main Street Teams.
The Person of the Year Award was presented to Terry Connell.  “If you live in Holly and you have a computer, he’s your go-to guy,” Kullis said.  Connell runs several online groups, does sound and tech support for events, and set up the live-streaming for Village and Township council meetings.
Senator Dave Robinson also presented the award winners with proclamations.  “Holly is small town America,” he said.  “Isn’t it wonderful we can appreciate the Ladies of the Moose, the Citizen of the Year?  This is what community is all about.”
Learn more about the Holly Area Chamber of Commerce at https://hollychamber.com/. 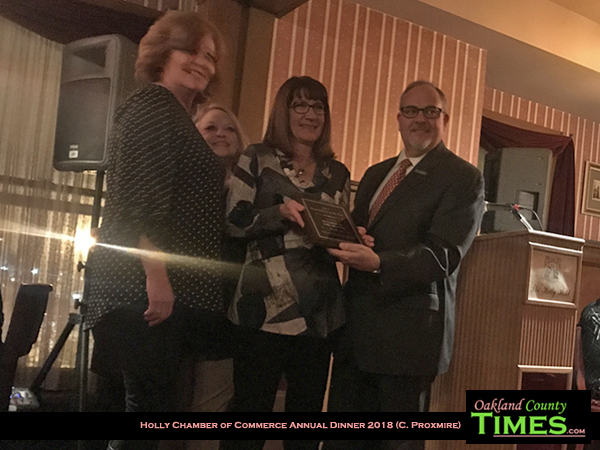 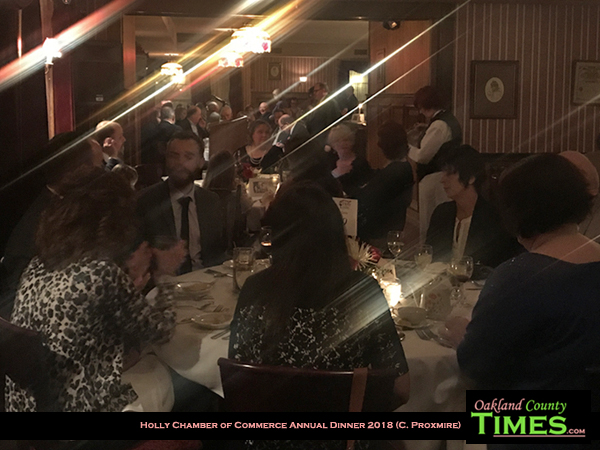 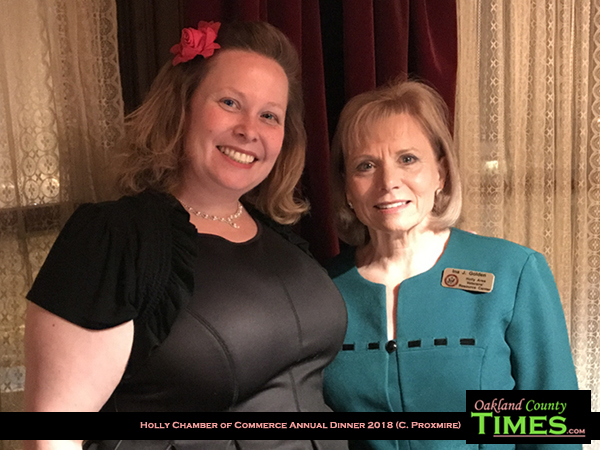 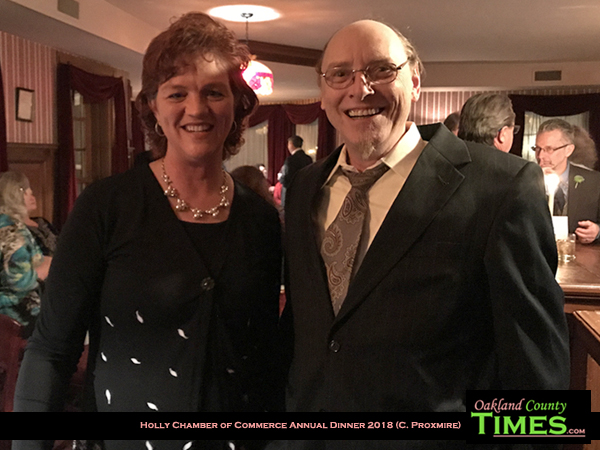 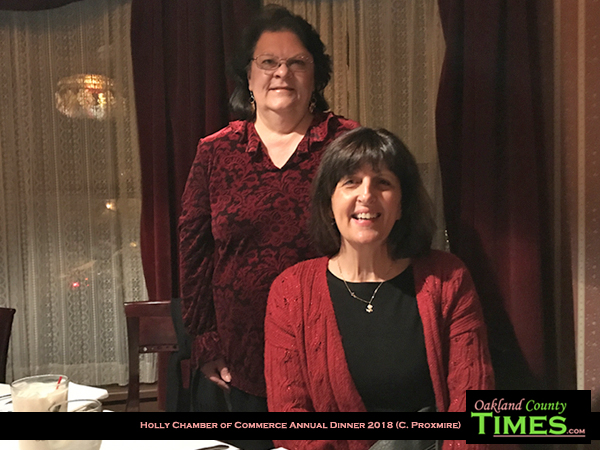 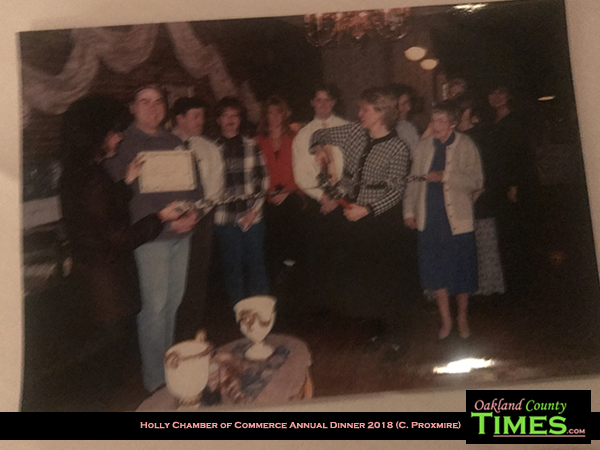 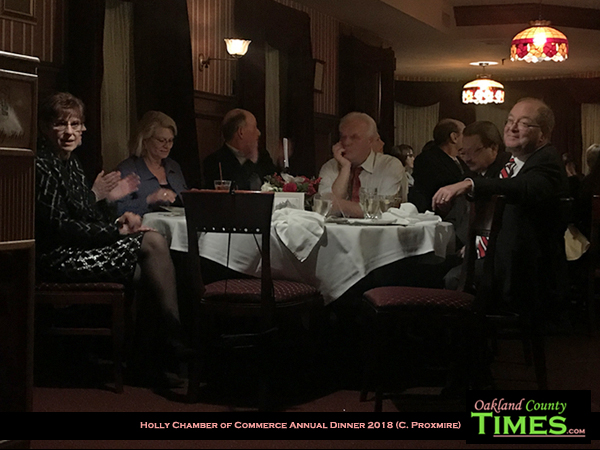 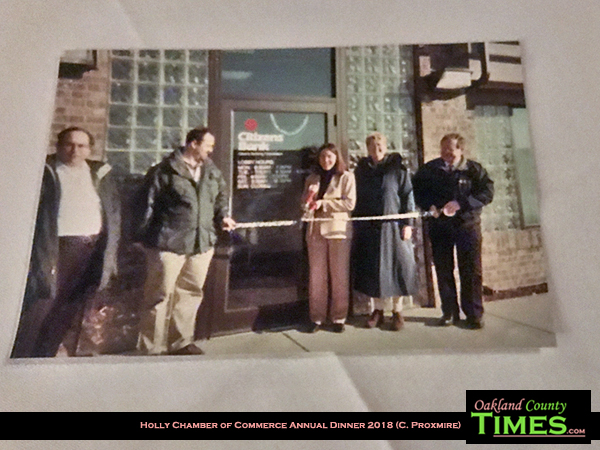 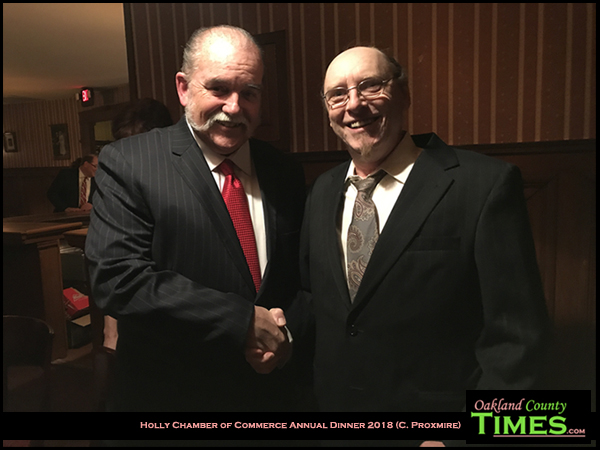 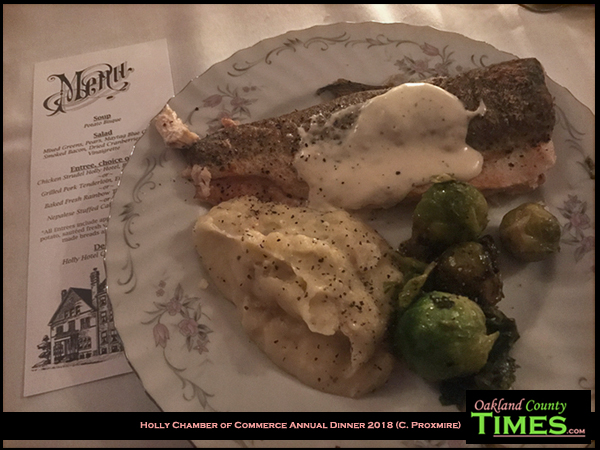 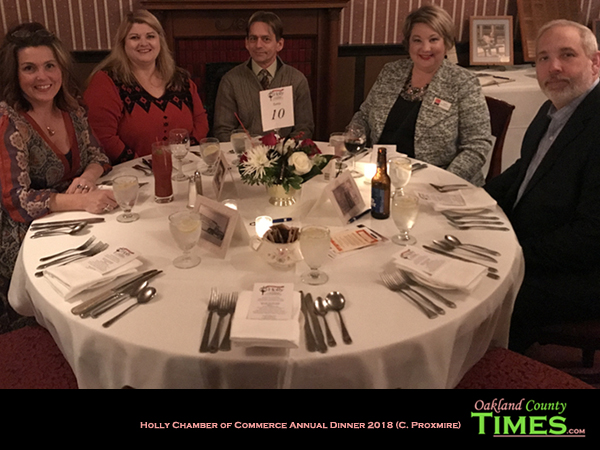 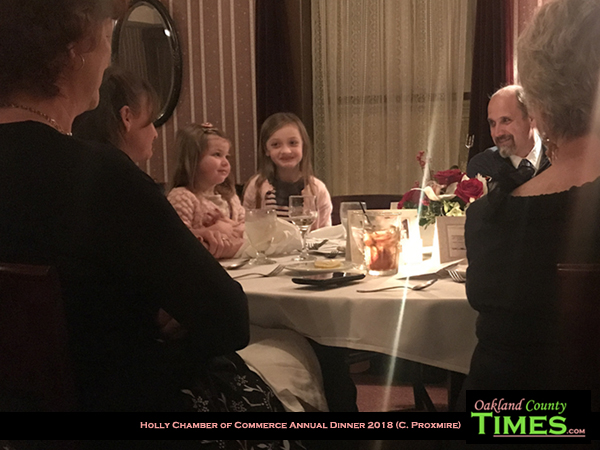 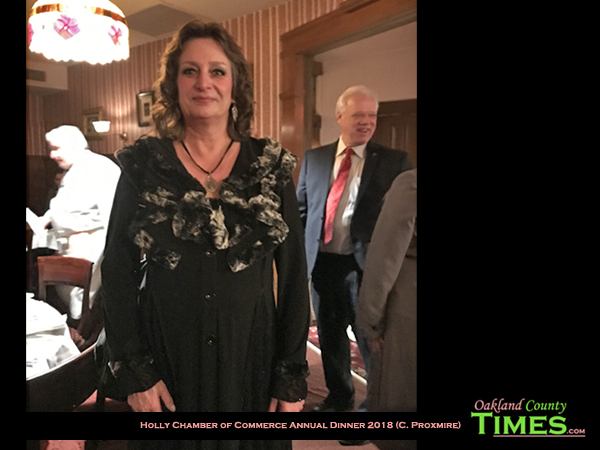 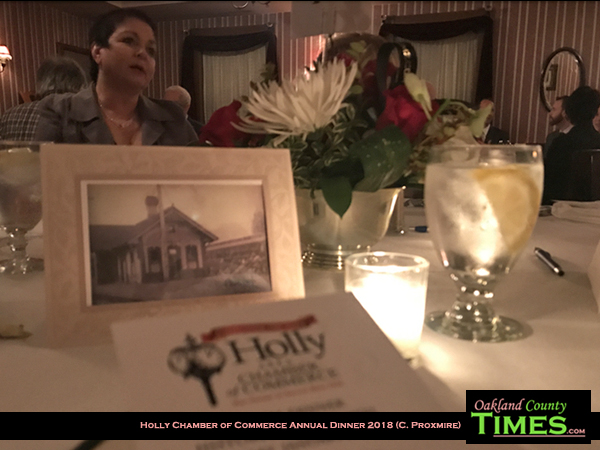 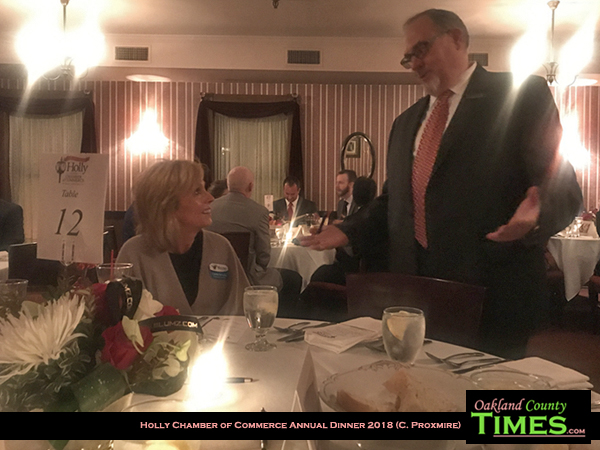 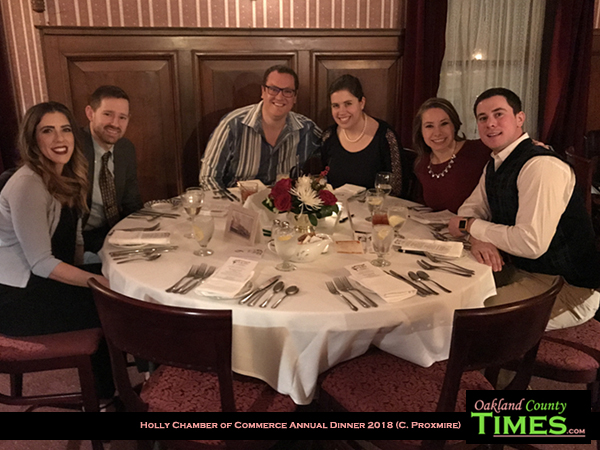 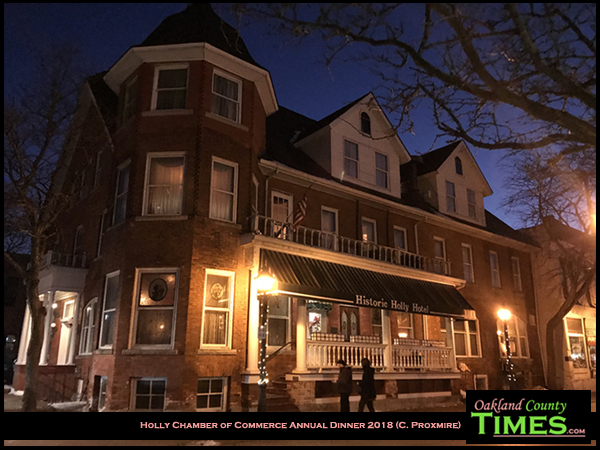 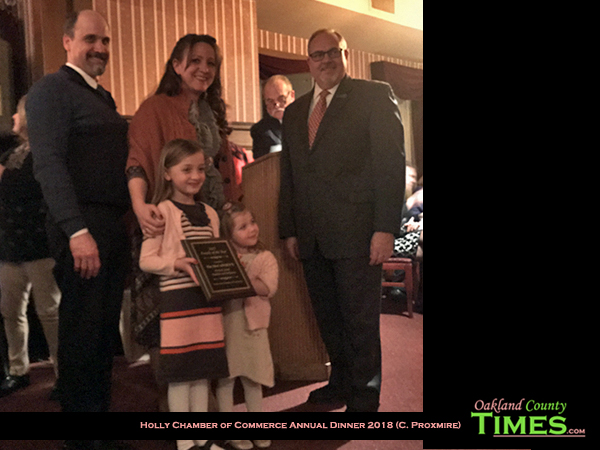 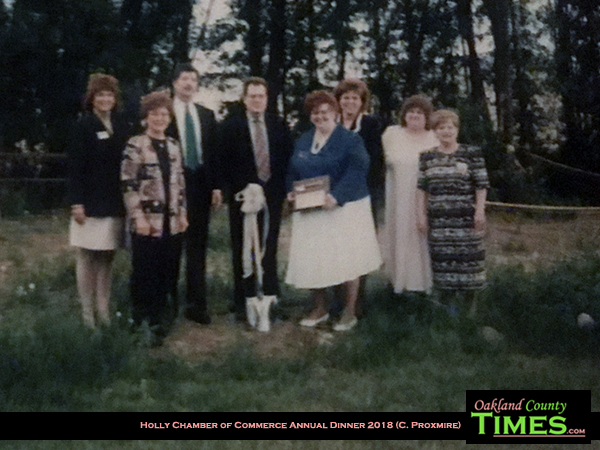 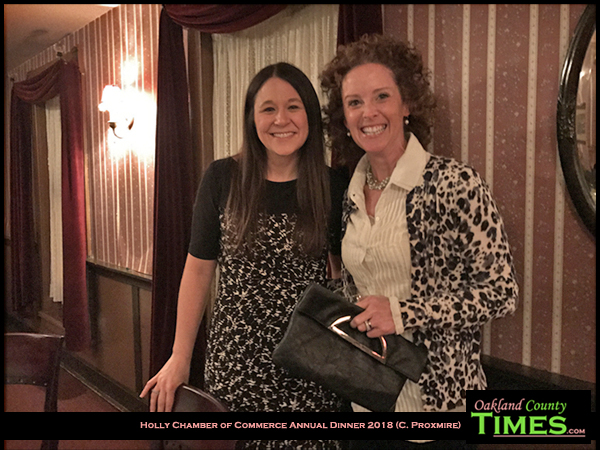