Volunteerism with New Street Teams
(Crystal A. Proxmire, Jan. 10, 2018)
Holly, MI –Josephine Campbell moved to Holly three years ago, and became part of the community by volunteering.   “I am volunteering to get involved in my new home town because it allows me to meet my neighbors while helping improve the community and setting a good example for my children. The small town feel doesn’t happen by accident, people have to connect and care.”
That spirit of volunteerism was multiplied 31 times as a room full of those interested in helping Holly succeed gathered to form “Main Street Teams” under the guidance of the Downtown Development Authority (DDA).  Katie Hughes, who recently took the helm as

Director, decided to host the meeting to rally folks behind the idea of putting Holly’s best face forward.  In addition to the 31 attendees, many more have been contacting Hughes to be added to a team.  There are now over 70 volunteers.
The four teams are: Design, Promotion, Organization, and Economic Vitality.
“I was thrilled to see that many enthusiastic and energetic people in the room,” Hughes said. “I listed several potential projects / goals for each of the four Teams and then the Team members added more ideas.”
One of the big ideas is to work towards moving the historic train depot. Currently the depot sits between two busy rail lines and is unsafe for public access.  Many communities have

moved their depots and re-purposed them to attract visitors.  Hughes said that with planning and fundraising this could be done. A shorter-term goal would be adding outdoor music to the historic shopping district.
“It is our town, and it is up to us to create the atmosphere that we want other to be able to enjoy, no one will do it for us,” said volunteer Shawna Campbell.
“I volunteer here in Holly and also at my elementary school. Volunteering in your community not only helps the community but you also get a bonus too. To meet new people, engage in different diverse groups and you get to know what is going on good and bad,” said volunteer Janell Bertogli Minnick.
Mike Mishler hopes to see Holly become more of a destination place.  “I’m also a Sgt. and

safety officer for the Village of Holly Fire Dept. It’s important to preserve and share Holly’s awesome history with the world. From Carry Nation to the railroads and our awesome train depot to Holly Hotel to the Dickens festival and there’s so much more… it’s time to put Holly on the map,” he said.
The Main Street Teams have a private group on facebook where they keep their projects and ideas organized.
Those wanting to get involved can contact DDA Director Katy Hughes:
khughes@hollyvillage.org
(248) 634-9571 work 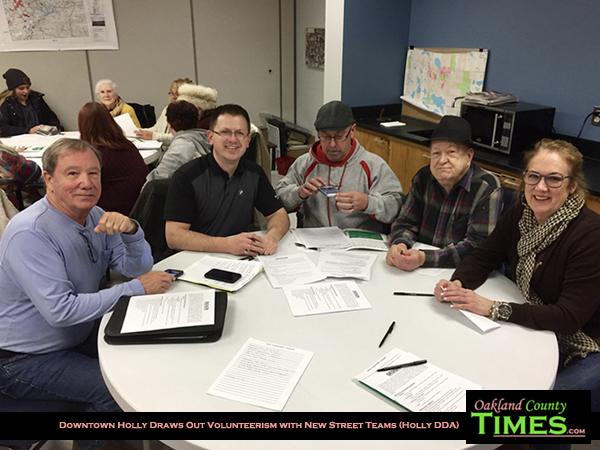 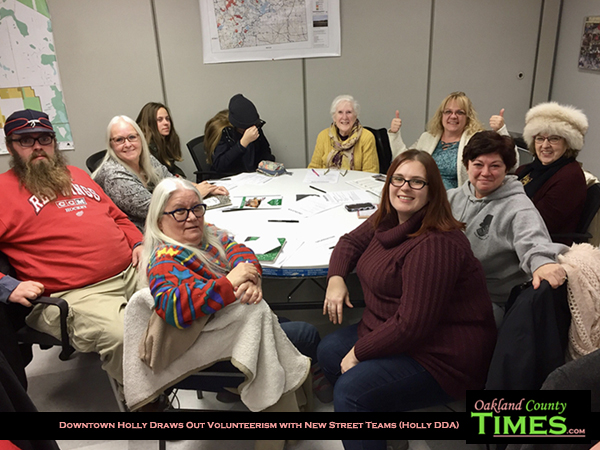 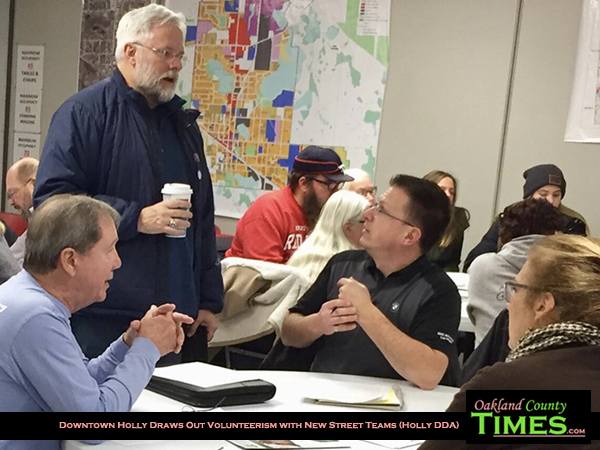 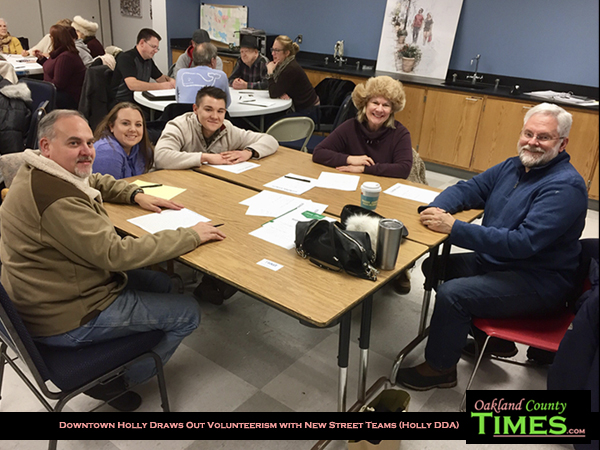 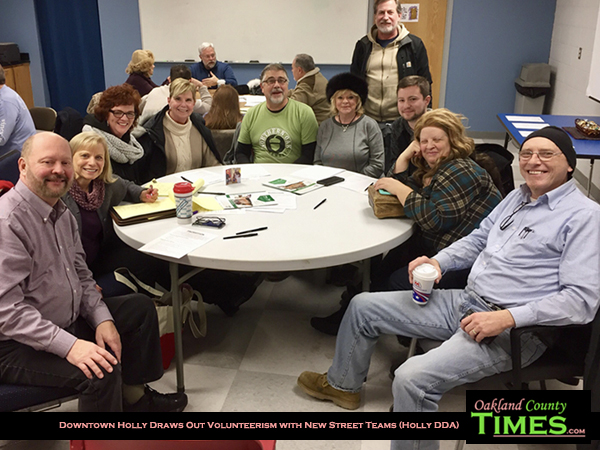