Ferndale, MI – When news got out that Church Militant was hosting a nativity and caroling event at Ferndale City Hall, members of the community that oppose the group’s alt-right views of women, diverse faiths, abortion and the LGBT community, had three basic responses.  One was to ignore them.  Two was to show up and protest them. And three was to host a separate event with a focus on love and acceptance.

The Church Militant group had about 30 members that formed a semi-circle around a temporary nativity scene.  They sang religious Christmas carols while their camera filmed

them and the nearby protestors. Police stood by to keep the peace.

About twice as many protestors lined the sidewalk in front of them, many wearing secular holiday apparel, including elf hats and ugly Christmas sweaters. There was even a pirate Santa and a few rainbow flags in the crowd. They sang songs about Santa and chanted “Hail Santa” over the sound of the carolers.

Signs decried Church Militant for their messaging of judgment and spiritual warfare.  One sign read “Voris says ‘You bet your sweet evil mindedness that we are going to battle to the death.’ Say no to hate in Ferndale.”  The quote by Michael Voris comes from a blog on the Church Militant website that speaks of battle against liberals and “family-destroying, gender-

Across the street in the parking lot of Go Comedy, another gathering occurred.  Owner PJ Jacokes and staff hosted a Pop-Up Love Wins Dance Party, complete with songs by Wham, Madonna, NSYNC and other pop icons.

“We wanted to host our parking lot dance party as a counter-offering to the group across the street, because we wanted to give everyone the chance to celebrate the things they love, rather than just be angry at the agents of hate,” Jacokes said. “There’s enough anger out there already, and, while our mission is fundamentally the opposite of theirs on seemingly every level, we’d rather bring more joy to the world than anger and this seemed like a good way to do it. Plus, you know, who doesn’t love WHAM! ?”

Church Militant is located in Ferndale on Hilton Road. 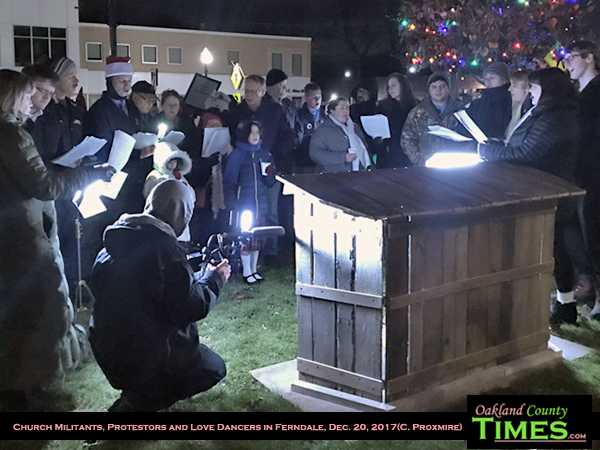 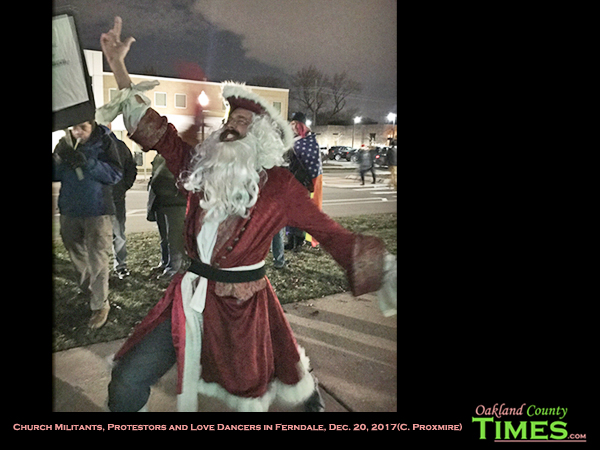 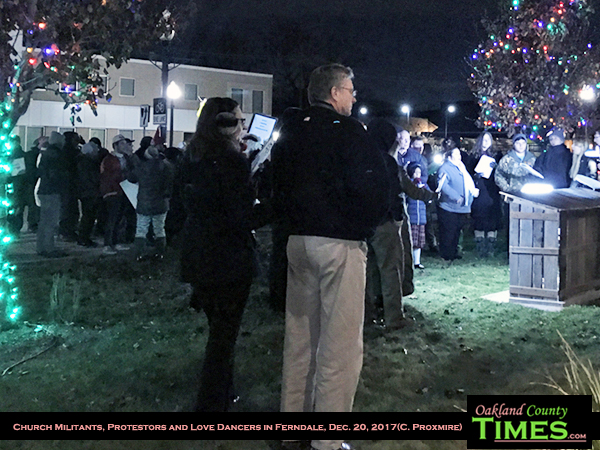 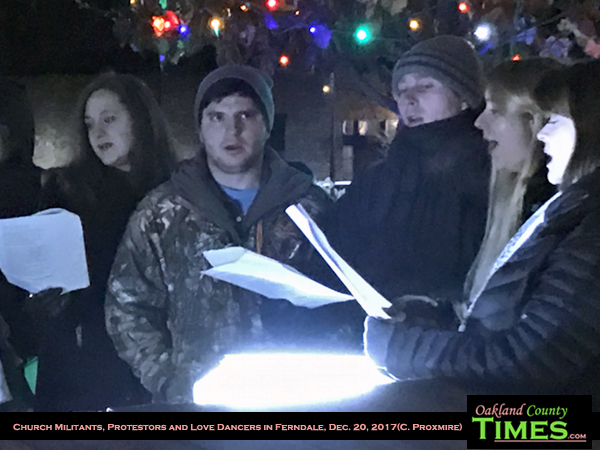 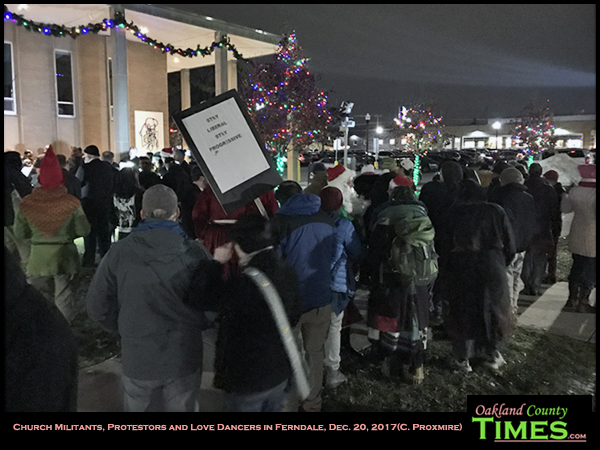 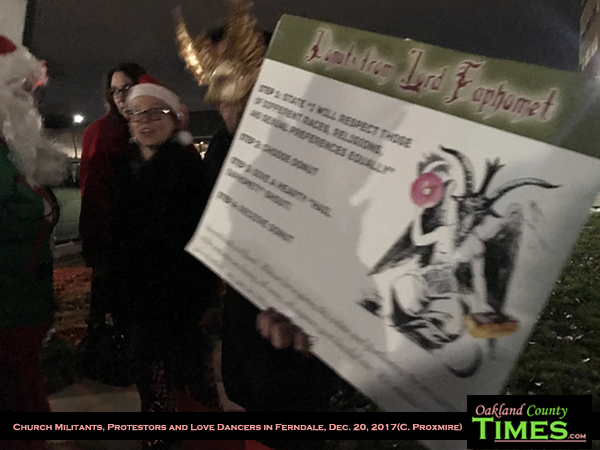 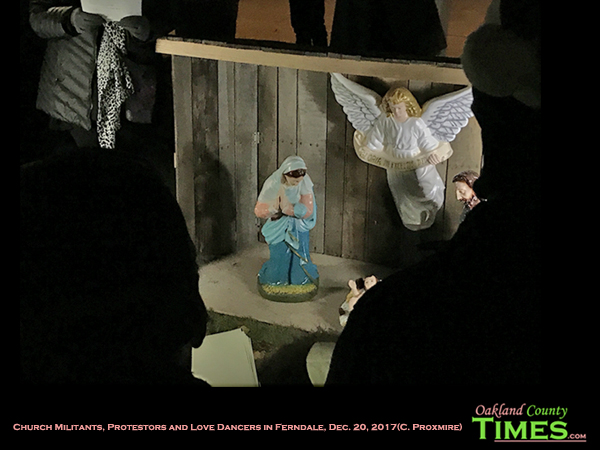 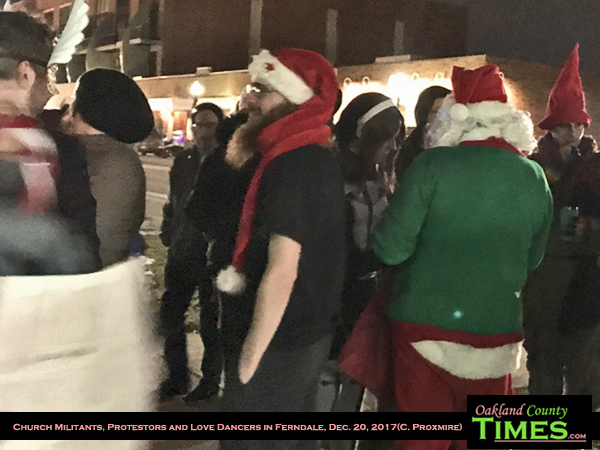 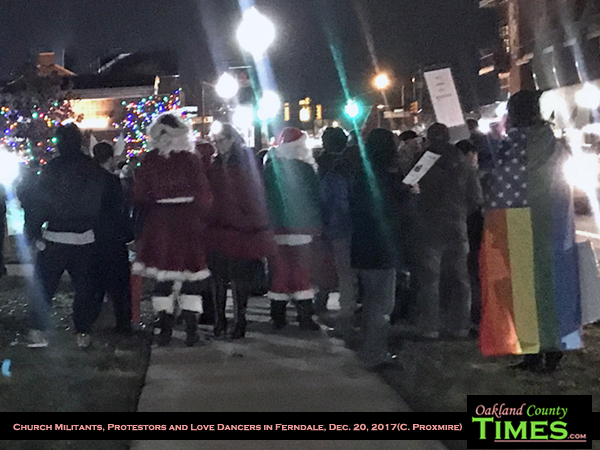 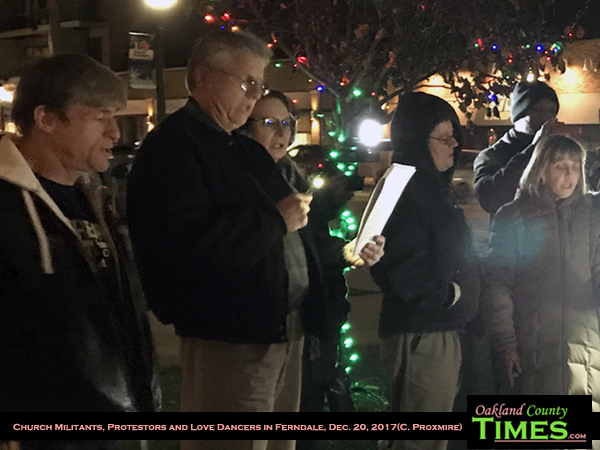 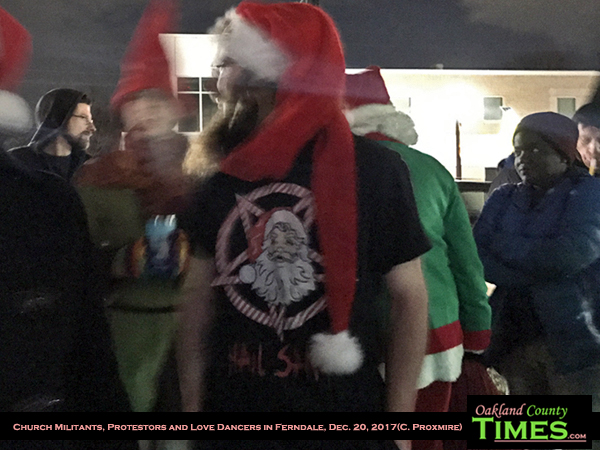 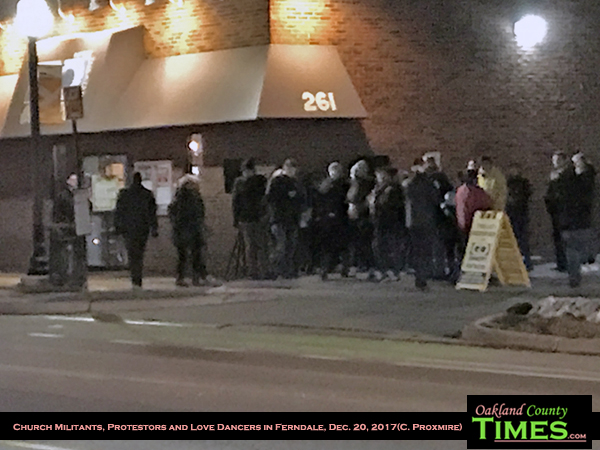 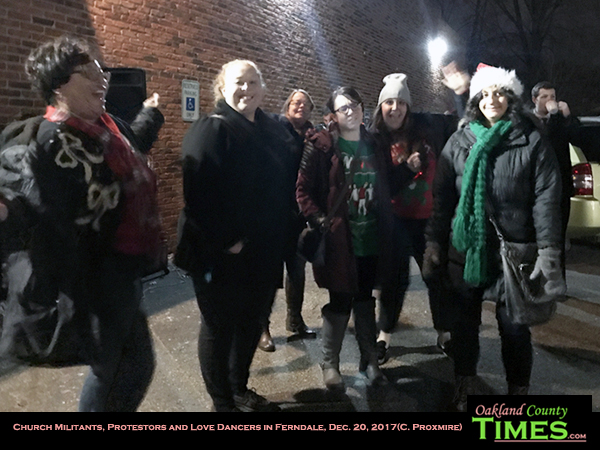 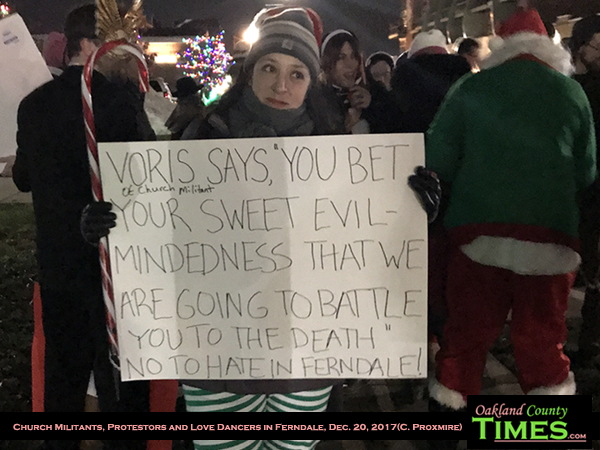