Ferndale, MI – There was a time when Drayton Avenue Presbyterian Church had over 2,000 members.  Hundreds of kids filled the youth program and resources flowed to support the church and its ministries. But like many churches across the county, they’ve experienced loss in population and involvement, reducing their membership to even fewer people than when they first opened in 1924.

And so the members of Drayton have decided to leave their long-time home and write a new chapter that includes collaboration with two other churches, both located in Berkley.

Starting with their service on Dec. 3, Drayton is now nesting at Cana Lutheran located at 2119 Catalpa.  They are also now the third church in a partnership that includes Greenfield Presbyterian at 2312 Greenfield Rd.

The three churches work together on projects such as STAGE Youth Ministry (Somewhere to Ask God Everything) and shared responsibility for SOS (South Oakland Shelter).

“We can do so much more together than any of us can do by ourselves,” Pastor Miller said.  “It’s a new concept for our folks, but we have a hopeful future of sharing our ministry and mission together with Cana and Greenfield.”

Yet maintaining their own identity is essential for the congregation, which includes members from throughout SE Michigan including Ferndale, Berkley, Pleasant Ridge, Royal Oak and other communities. Although they won’t be at their former home at the corner of Pinecrest and Drayton, they will keep the Drayton name, at least for a while.  “As long as we own the building, we’re legally obligated to keep the name.  We may just say ‘Drayton’ instead of ‘Drayton Avenue,’ but it will still be the same,” Pastor Miller said.

The property is expected to go on the market in 2018, but there is still much to be done before it can be sold.  The church will host SOS one last time next week, which is a shelter that rotates between churches during the winter months.  Volunteers set up cots and meals for homeless guests, and stay with them through the night.

Items within the church will need to be gone through.  What can be used at Cana and Greenfield will be.  Some members have requested specific items of sentimental value, and the Ferndale Historic Society has also asked for some items.  Then there will be an auction open for the public.

After that, the church will be put on the market. The Presbyterian Church must approve any sale.

Much of the church’s history was captured in “Drayton Dimensions in Time 1994-2004,” a book compiled by the Archives Committee of Ruth Elmers, Carol Schmidt, Jean Spang and Victor Paul in September 2004.

Presbyterian Church of Detroit.  In 1921 retired pastor Dr. William Bryant began preaching to the group and agreed to help them raise money for the purchase of property and to put up a church.

Some notable features of the building will be remembered. The Rose Window was created by Willett Stained Glass Studios in Philadelphia in 1958.  The rows of stained glass windows with images of Bible stories were also done by Willett, though installed later as funds became

There is also a mural in a small memorial area off the main sanctuary called “Christ Teaching,” painted by Duane Perrigo of Chicago.

The building has not just been home to the Drayton Avenue congregation, but many other groups and organizations. Metropolitan Community Church (MCC), Drayton Avenue Co-op Preschool and Detroit Together Men’s Chorus have long been housed at the Pinecrest property.

“We gave all the groups almost a year’s notice, and thankfully they have found new homes,” Pastor Miller said.  MCC has moved to Clawson United Methodist Church at 205 N. Main Street in Clawson, hosting Sunday services at 11:30am.  Drayton Avenue Co-Op has moved to

Some traditions of Drayton are finding new life at Cana.

SOS will continue as well as support for the FernCare Free Clinic.  The youngest among the Drayton Congregation now have a special play area in the sanctuary, while teens can take part in the STAGE Youth Ministry.  And a group that sews quilts through the year to donate to children’s hospitals is expected to grow as they welcome members from Cana and Greenfield.

Pastor Miller said the move is something “we’ve been praying about for some time.”  Miller himself has a 15 year history with the congregation after relocating to Michigan from New Jersey.  “This building has served our community quite safely for years, but we are called to do more – to be good stewards of the resources we have and to grow in partnership with those that share our ministry and mission.”

Sunday services take place at 11 am at Cana Lutheran in Berkley.  Learn more about Drayton Avenue Presbyterian at http://draytonavenue.org/ 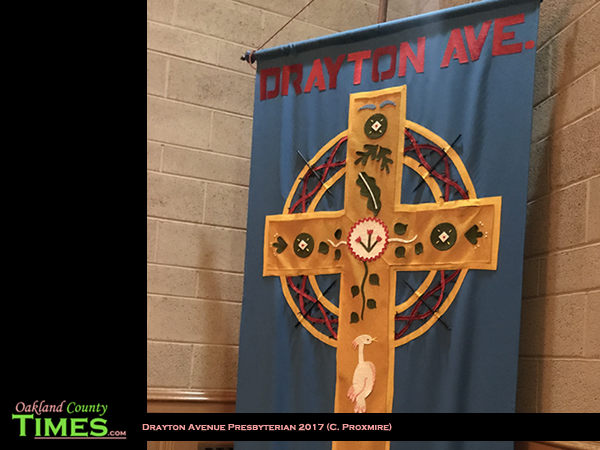 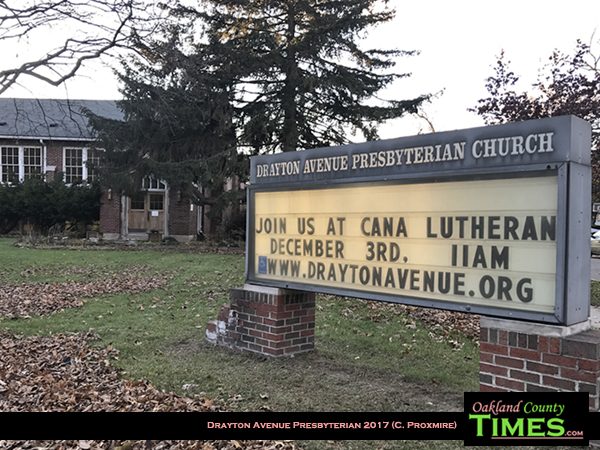 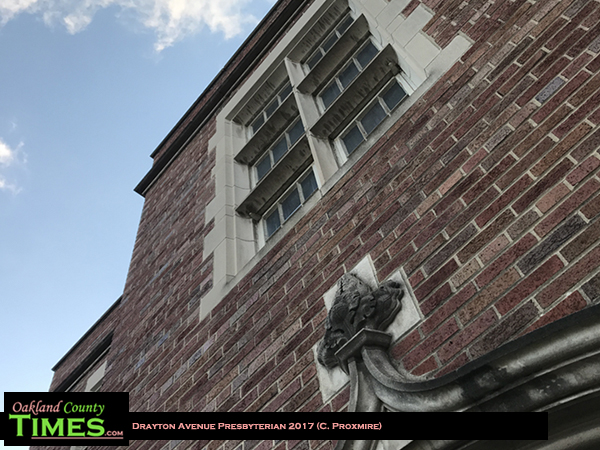 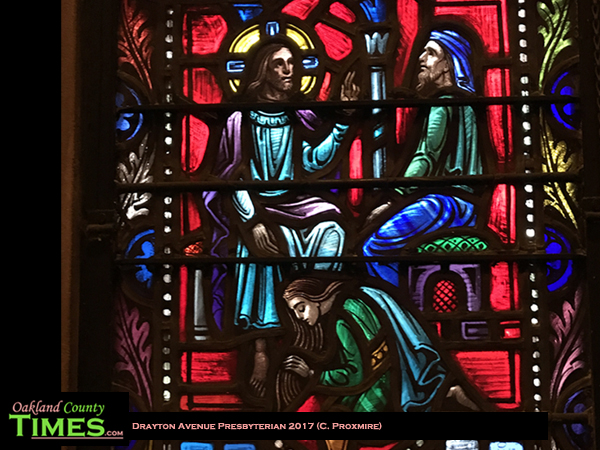 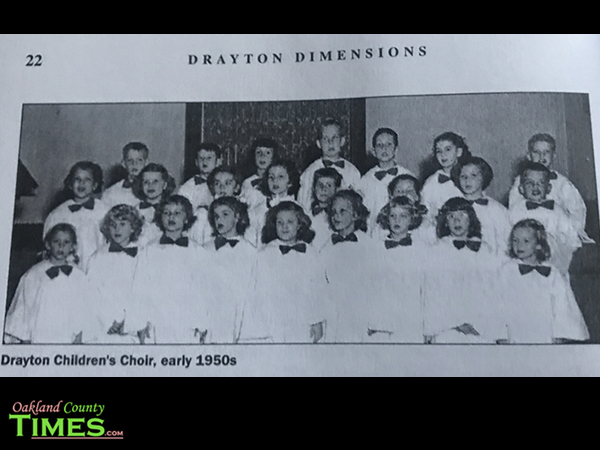 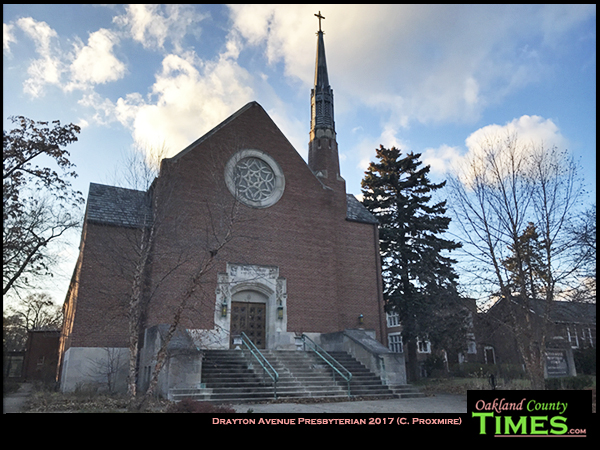 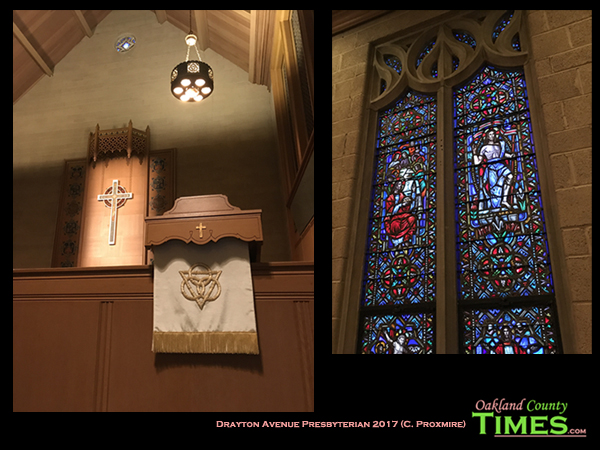 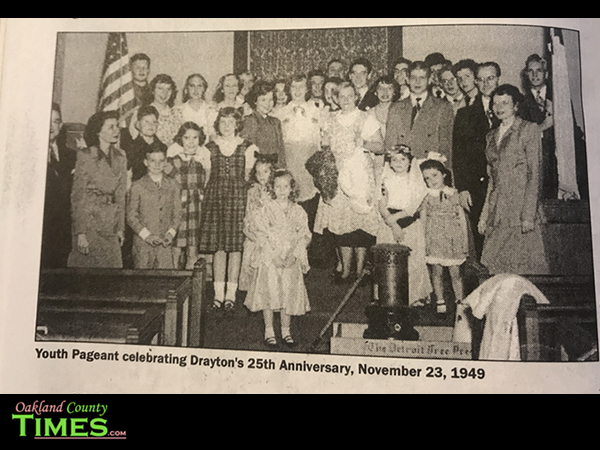 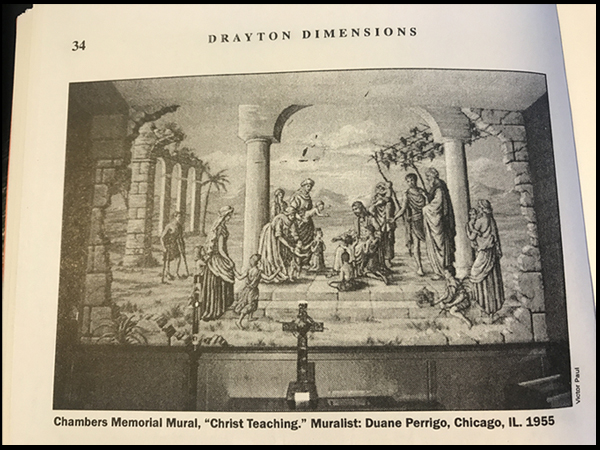 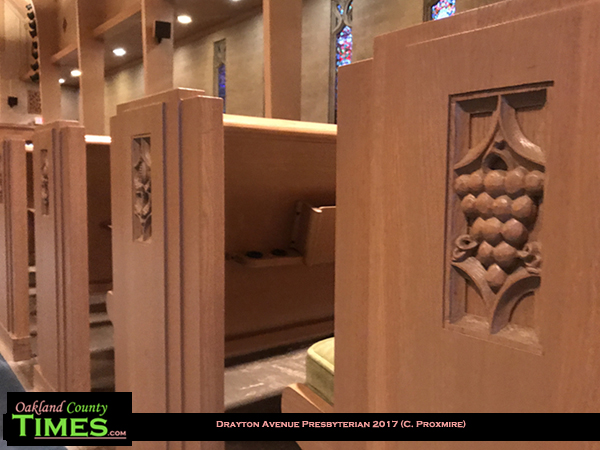 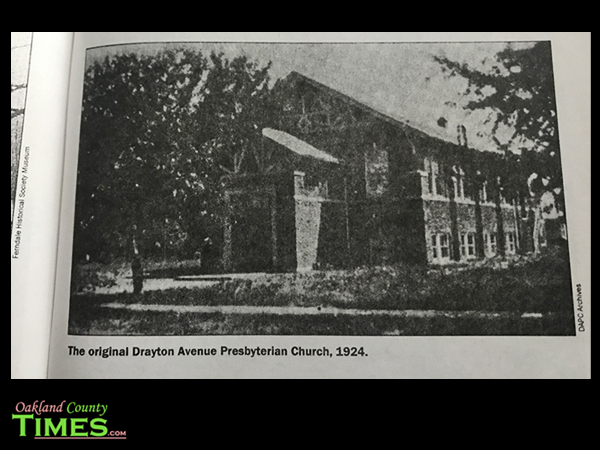 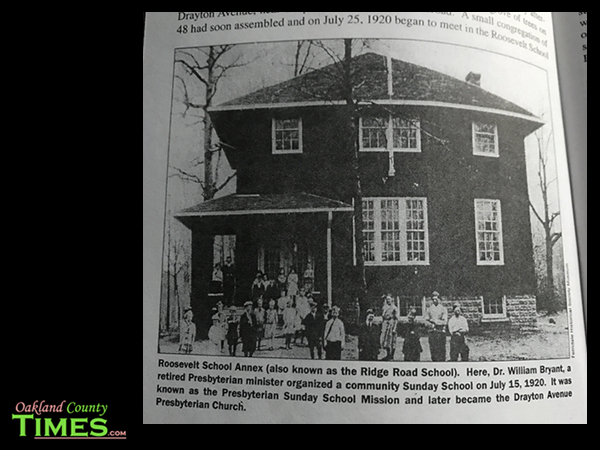 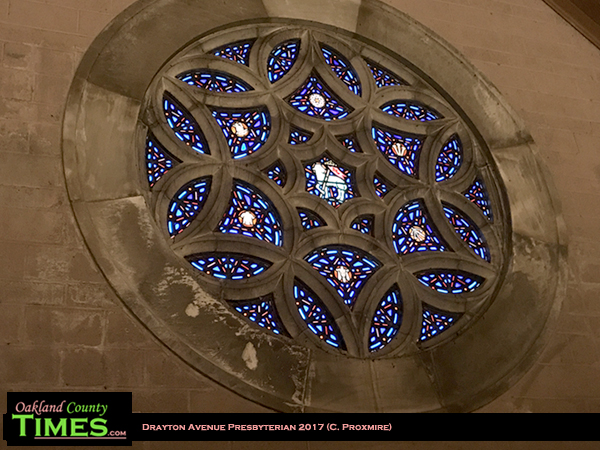 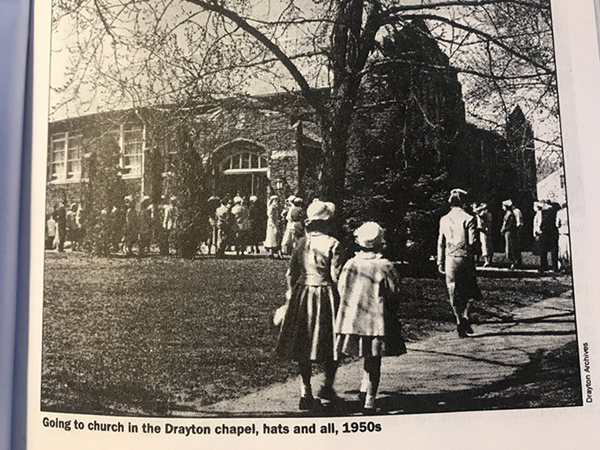 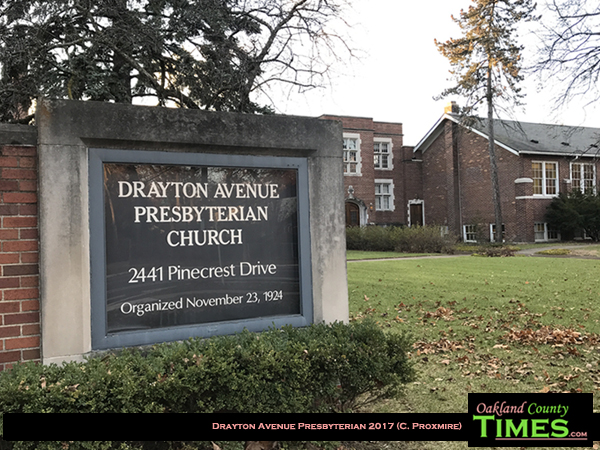 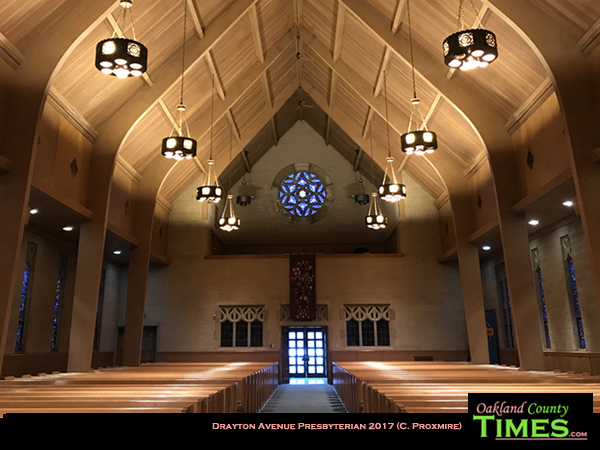 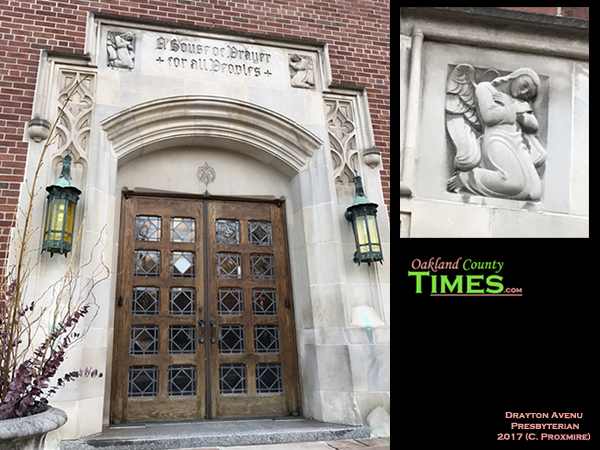 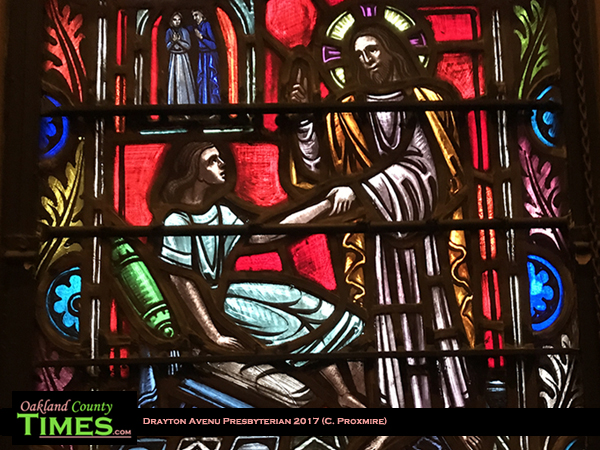 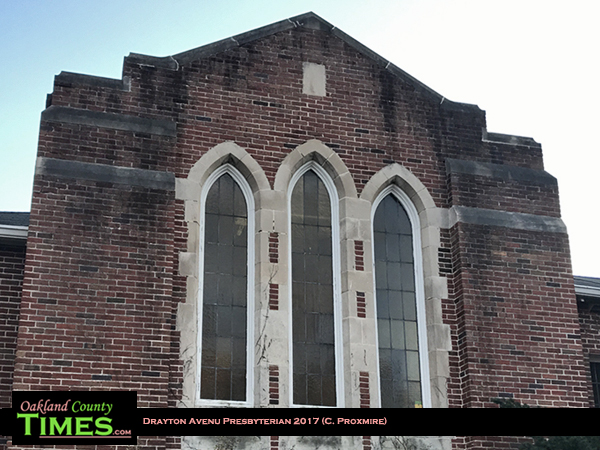