Ferndale, MI – With the 28-home development in progress at the site of the former Wilson School property, Ferndale City Council voted Monday night to name the newly created street in the development after former President Woodrow Wilson.

Wilson Street will run north and south, parallel to Hilton and Paxton, and connecting College Street to University Street. According to the site plan there will be five homes on each side of the street.

Ferndale Economic Development Director Jordan Twardy  explained the name choice that was presented to Council, stating “That was the name that kind of jumped out at some of the community meeting that we had, just going with the name of the school, keeping that name alive.”

Woodrow Wilson was the 28th President of the United States, serving from 1913 to 1921. He was a Democrat who ushered in the Federal Reserve Act, the Federsal Trade Commission Act, the Clayton Antitrust Act and the Federal Farm Loan Act. He was President when the United States entered World War I and in 1919 he helped promote the formation of the League of Nations.

NOTE: This article has been corrected to attribute the quote to Ferndale Economic Development Director Jordan Twardy.  The previous version incorrectly named Juston Lyons as speaking. 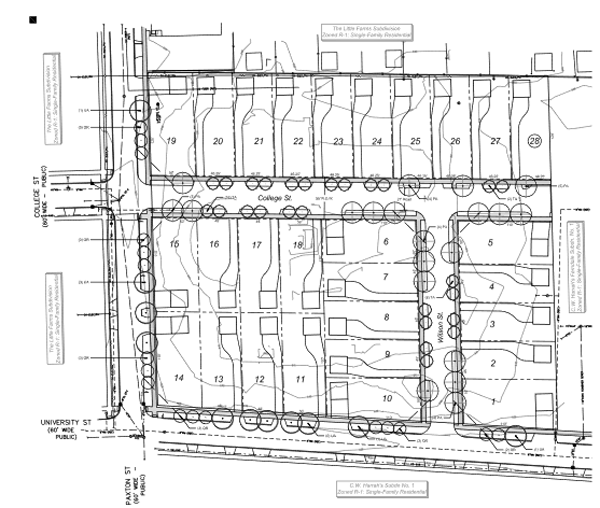