Berkley, MI – Throughout history, people have used the written word to share ideas, express opinions, document facts, and connect people to far off places and new experiences.  Yet there has also been the pull of those with power to silence those voices.

Banned Books Week is celebrated nationwide, with particular fervor in libraries such as the Berkley Public Library. All this week there are banned book displays, recommended reading, and even a place where patrons can have their mugshot taken holding a book that at some point was considered too dangerous to be read.

about the freedom we all have to read whatever books we wish,” said Berkley Library Director Matt Church.  “While we as a library embrace the themes of Banned Books Week in our work throughout the year, this specific week provides an opportunity to talk with our community about books, intellectual freedoms, and our freedom of choice. At the library we’ve brought together displays and collections to spur discussion on these themes.”

In the teen room of the library, the back wall is plastered with pastel mug shots of famous characters from banned books.

Emily Kirkwood, who works as a clerk at the Berkley Library, had seen other literary mugshots online and became inspired to do a series of her own.  “All of the characters in the display come from some of my all-time favorite books, and having the chance to draw them is my small way of aiding to the fight against censorship,” she said.

“I think the one mugshot I’ve fondest of is Harry Potter’s.  It speaks to me mainly because when I was a kid, I wasn’t allowed to read the series due to religious reasons.  When I finally

worked up the courage to secretly read the first chapter of Sorcerer’s Stone, it opened me up to a world of possibilities and imagination, and essentially changed my whole life. I love it because it teaches that love is the most powerful magic of all, and in the world we live in today–we need to spread all the love we can. Needless to say, I’ve read the entire series twice.”

She particularly loves Banned Books Week because it celebrates the way books can touch lives.   They “shape our minds, our hearts, and speak to us as people,” Kirkwood said.  “They

dare us to dream and be open minded. Most books are banned due to sexual content, profanity, and a number of other reasons. Banned books often embody real life. Censorship tries to abolish these literary areas because they’re not “clean” or “wholesome.” Censorship isn’t right because that’s not what real life is. Every-day people cry, and scream, and go through the motions of life, so why shouldn’t characters also?”

Libraries around the county are celebrating Banned Books Week.  Stop in during normal Library Hours to have your mug shot taken.  Or check out banned books like The Color Purple, Catch-22, and To Kill a Mockingbird, among others that are part of the fiery display created by Librarian Lauren Arnsman. 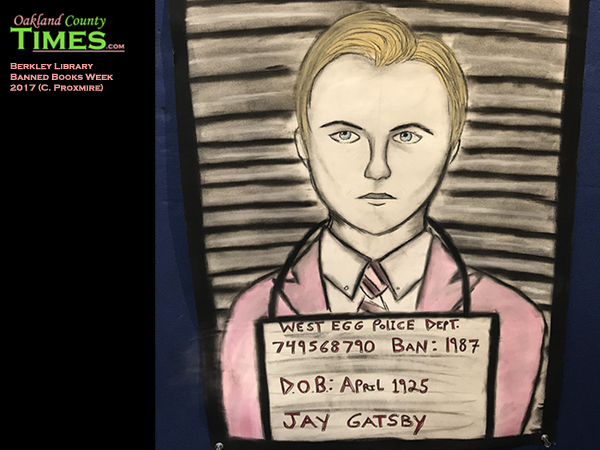 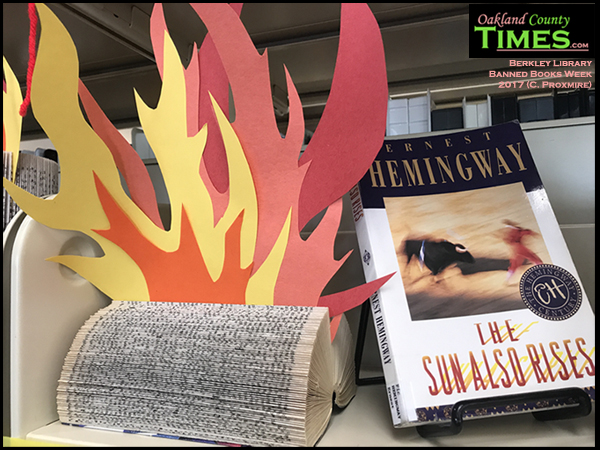 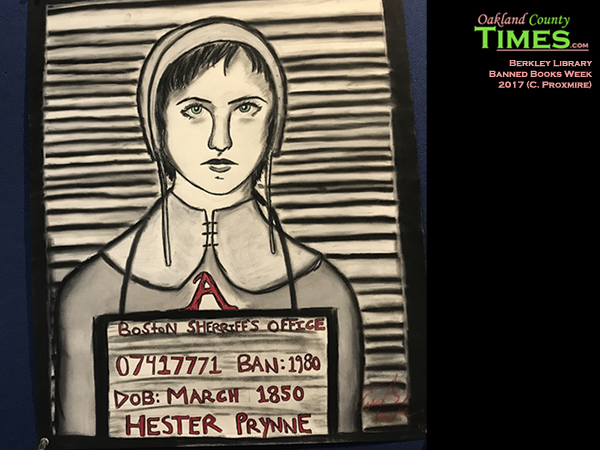 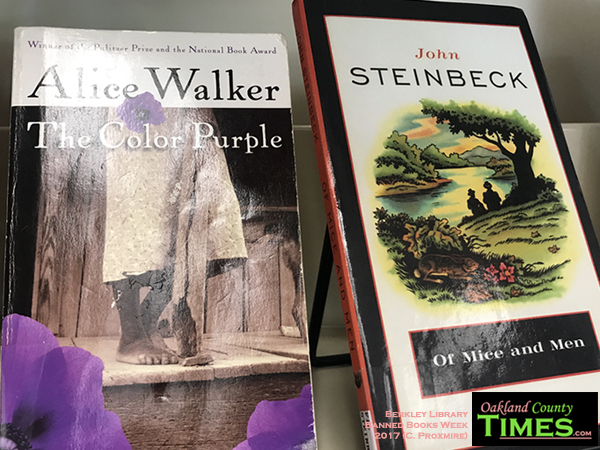 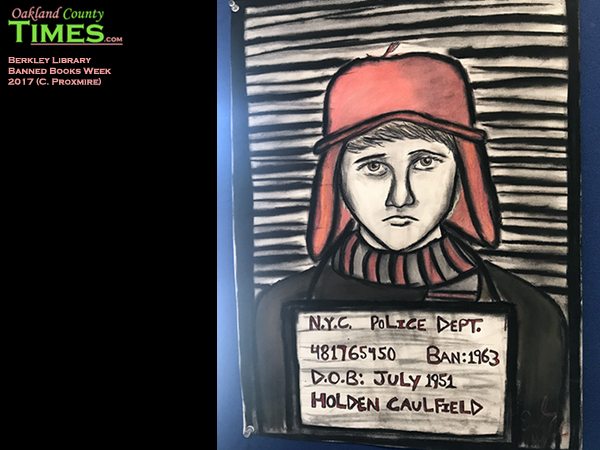 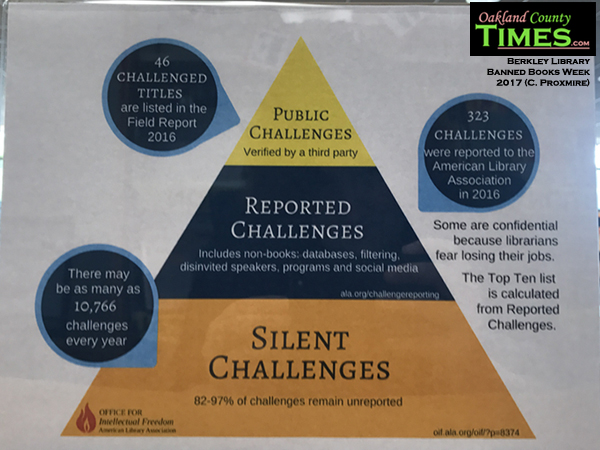 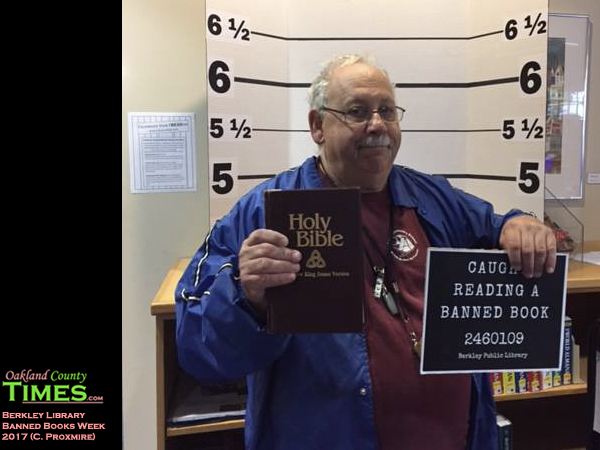 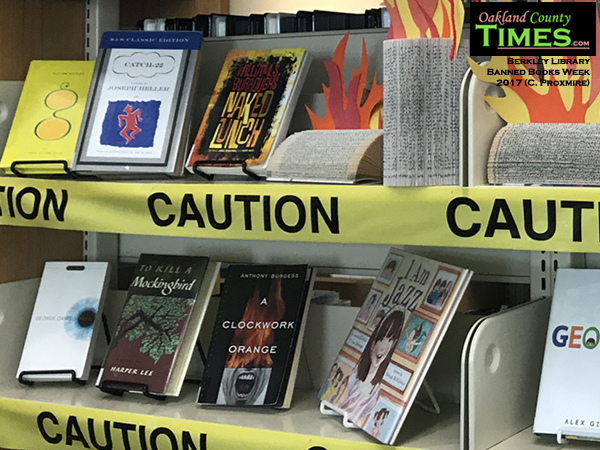 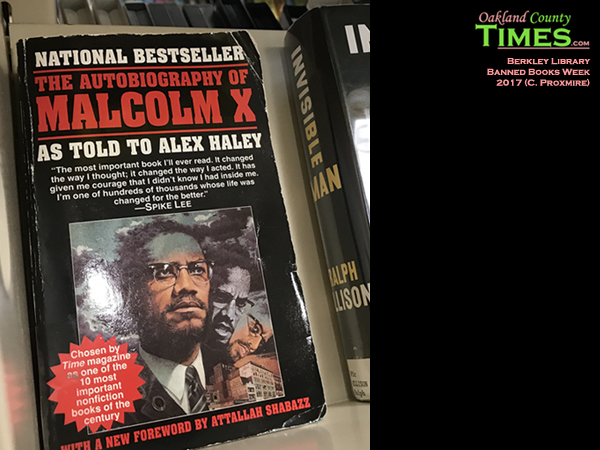 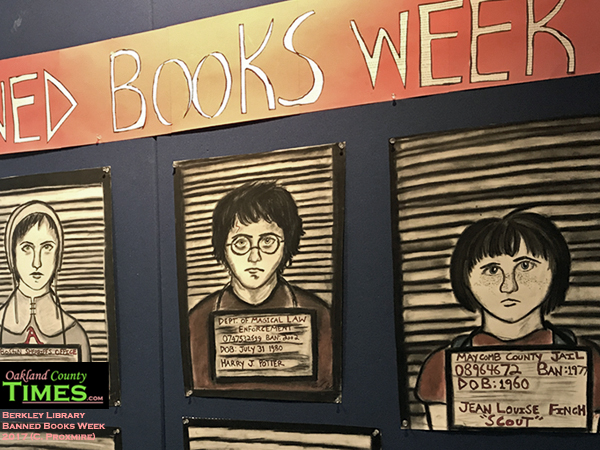