Tea at the Holly Hotel

Holly, MI – Holly Assistant Village Manager and DDA Director Katy Hughes remembers being in the Bronchoes Marching Band in 1992 as they stood in Battle Alley and played for the President of the United States George Bush when he came to dine at the Holly Hotel.  She remembered the excitement of the experience, but also the trepidation that came from seeing marksmen on the rooftops, and the way Secret Service members moved authoritatively though the rows of young musicians even as they played.

Hughes even worked at the Holly Hotel briefly in her youth, and like many she has memories of baby showers and weddings held in the grand Victorian setting.  We went there last week for the afternoon tea and to talk about the exciting changes that have been taking place in the

community’s Downtown, and how Oakland County Times can help share the news with the world.

Plus we enjoyed a fantastic meal.

The first course was a mixed green salad neatly wrapped in a cucumber base, topped with pecans, blue cheese, a slice of orange and a slice of apple.  There was also a fine selection of tea to chose from.  I went with a raspberry green tea that was light and delightful for the warm summer day.  Looking through the lace curtains at the historic train depot across the street and the people passing by on Broad Street it was easy to imagine ladies a century or more ago doing the same.

For the main course Hughes had the Chicken Strudel Filo, Fine Herb, Gournay Broccoli, Mashed Yukon, Brocollini and Hollandaise. I’ve had this before, and it is the quintessential Holly Hotel dish.

I went for pork tenderloin which also came with mashed Yukons and brocollini. Apart from staples like the Chicken Strudel Filo, options change regularly. This was a wonderful choice, with tender juicy meat and flavorful potatoes.

Between moments of saying “mmm,” Katy Hughes told me about her first couple of months on the job. She’s working on introducing herself to all of the business owners and letting them know that the DDA is there for them.  While the historic business district is a compact and distinctly historic couple of blocks, the DDA actually stretches along Saginaw Street as far as Holly Middle School.  The area has a variety of businesses from unique retail, to auto parts and repair to a grocery store, a classic family-owned hardware store, a funeral home, chain retailers, restaurants and more.  Creating an atmosphere of connectivity and  developing

branding that showcases the sense of community are important to Hughes.

As the dessert came, we were joined by George or Chrissy Kutlenios who have owned the Holly Hotel for over 30 years.  Years of refining the quality food, atmosphere and service have led to the success of the business. They have hosted multiple Michigan Governors, famous comics, Stanley Cup winning Detroit Red Wings players, other celebrities, and of course President Bush. Yet in the minds of the Kutlenois and their staff, none of those visitors are any more important than those in their care on any given day.  Everyone is an honored guest.

I asked George Kulenios about marketing efforts over the years, and it was inspiring to hear of the innovative things they have tried such as developing relationships with groups that come to town by bus for daytrips, to luring in guests from Canada, creating special themed dinner and events, and even making Groupon fun.  There is even a comedy club and a membership

The couple also talked about the coming and going of businesses through the years, and the hope that Holly’s upward tic continues.  The shops are full and the Village is making investments in the kind of infrastructure that helps create a sense of place such as bike lanes and blight removal. And the sunny disposition of the new DDA Director, who brings with her strong communication skills and plenty of patience, should be able further the practice of smart development.  The optimism of the teatime conversation was almost as delicious as the fine food we enjoyed.

The plate of mixed pastries and fruit compote made for perfect nibbling as we soaked up the stories and history George shared.  The muffin in particular was the most delicate I’ve ever had.

The items are all made fresh in the Holly Hotel kitchen each day.

For those who are wondering, the Holly Hotel does not have lodging.  It is an easy drive from anywhere in Oakland County, though if one wanted to stay overnight the Comfort Inn Grand Blanc is right up the road. While in Holly you can also enjoy brews and sports next door at Andy’s Place and shop Downtown Holly’s unique independent retails for fashion, art and home decor. Davisburg Bread is known regionally for their quality artisan loaves.  And while the variety of shops is growing, antiques are still Holly’s main draw, including Holly Antiques on Saginaw Street and Vintage Farm House which is across the street from the train depot.

For more Daytrip to Holly stories, visit our Special Section.

For more on Holly Hotel, which is a sponsor of Oakland County Times, visit their website www.hollyhotel.com. 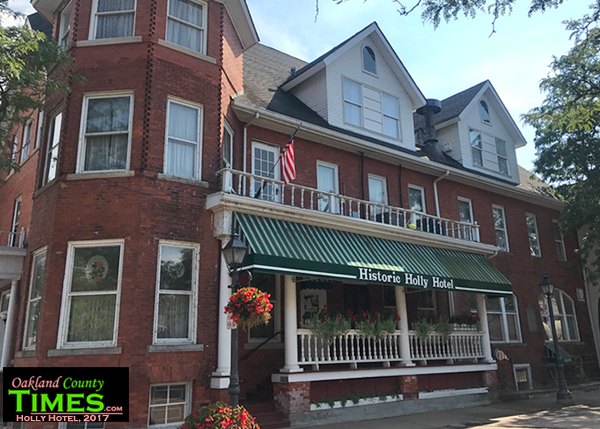 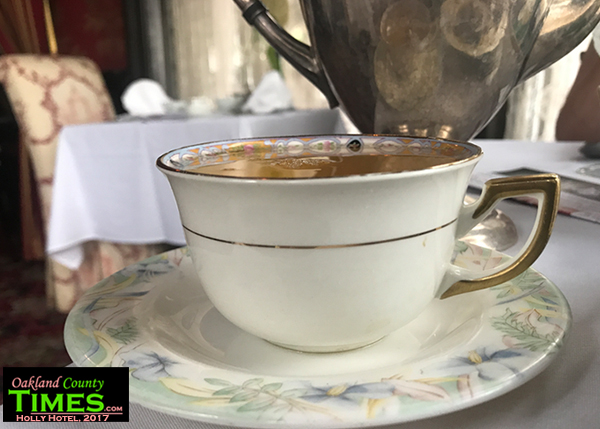 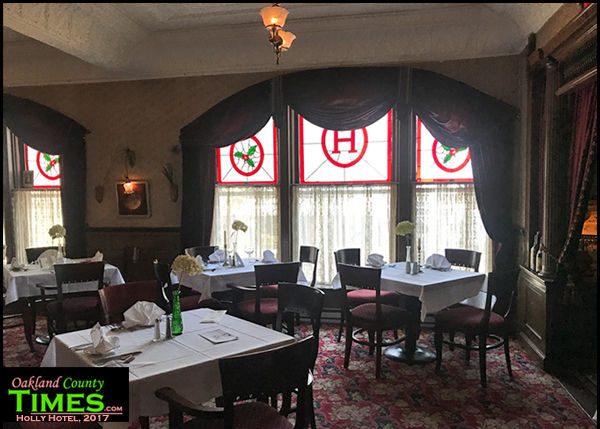 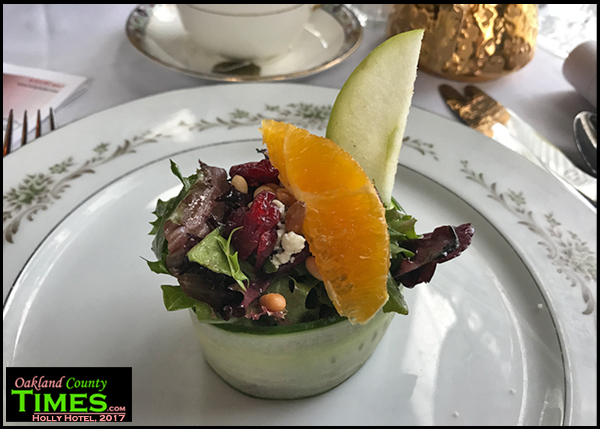 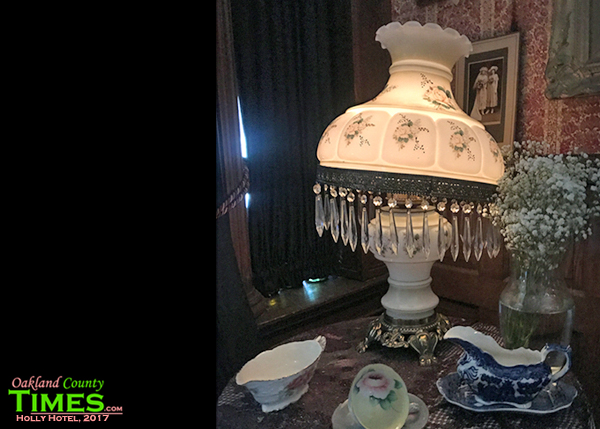 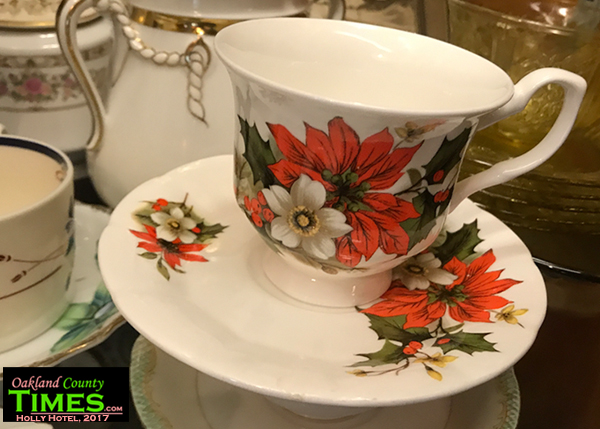 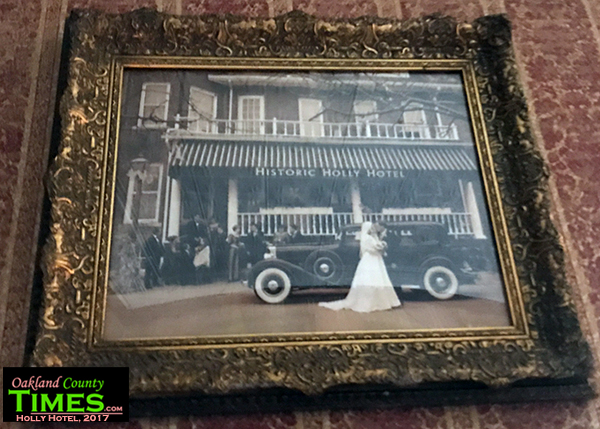 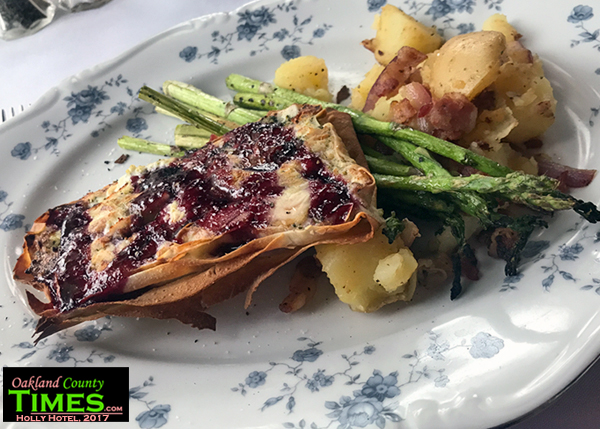 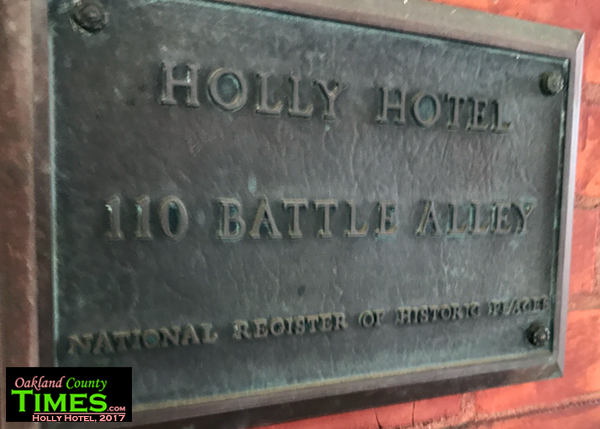 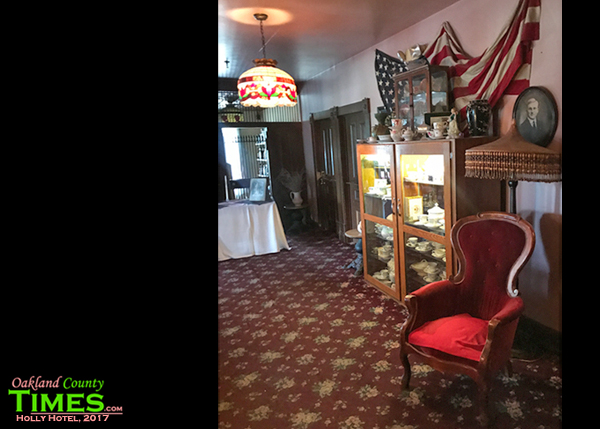 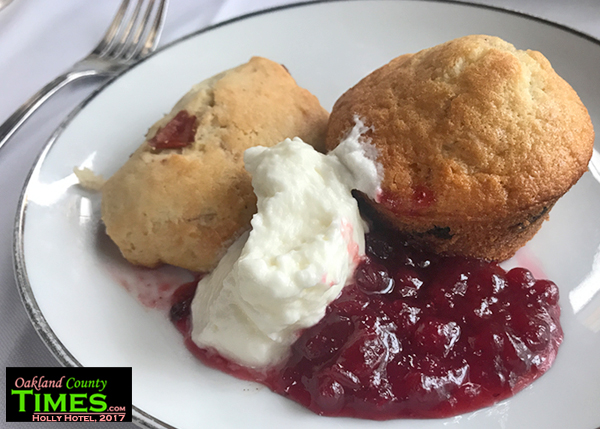 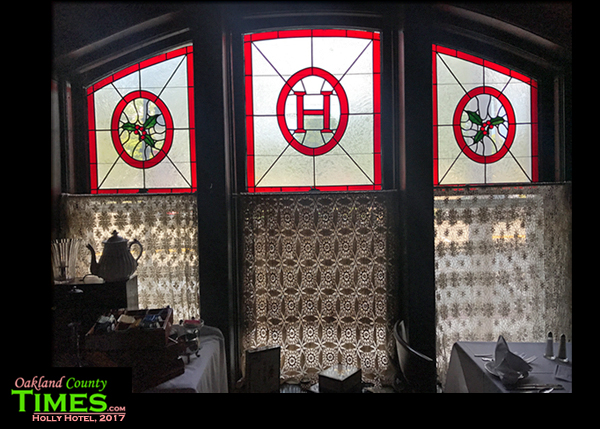 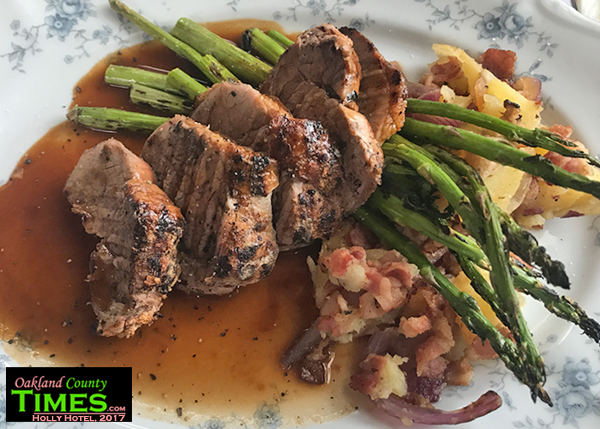