Pontiac, MI – After years of renting office space in Birmingham, the technology innovators at LocalHop, Cynerge, and Autostructure have made an exciting move to an historic building in Downtown Pontiac.

31 N. Saginaw Street has been around since at least 1882, but LocalHop co-founder Robert Bales and his team do not know the exact year it was built. At one point, it was a Kresge’s 5 & 10 Store. Hints of its eclectic history can be found in the architecture, including two levels of basement and a special room beneath the sidewalk. The building houses Alley Cat Café, Indian Hill Wine Cellar with a tasting room, a first-floor space that is currently set up with a

bar, and two stories above that for offices. A turret is the building’s focal point. And while it adds to the character of the building, it was actually added on in the 1990s.

The views of Downtown Pontiac are stunning, especially in the turret which is used as a “chill out” shared space by the employees.

The LocalHop event platform began as an effort to give community organizations a functional calendar and end users a way to get local event updates customized for their needs. The Cynerge team found success developing programs for the US government, particularly the United States Forest Service where their creations help with data management.

For LocalHop, Bales teamed up with Matt Russell and Jason Myers to create a product that is now being used in several communities in Southeast Michigan and the Kalamazoo area. The idea was born in March 2015 and LocalHop was officially incorporated in October 2015. Since

then they’ve been working with local organizations, including DeWitt District Library, Paint Creek Center for the Arts, Putnam District Library, The Radisson Plaza Hotel Kalamazoo, and many others. Organizations input event information and LocalHop puts it in their interface for users to search, calendars that can be embedded on the organization’s site, and a registration system for easy sign-up.

“I think the whole reason we started it was not being able to find out what was happening around town,” Bales said. “This is a solid, easy to use platform for area residents looking for grassroots events.”

Rachel Sussbauer is excited to be working on it, and proud that the company just launched paid registrations last week.

“It’s been fun discovering how much there is to do in our communities. And it helps orgs that don’t have a lot of money to market events. A lot of places throw great events but aren’t so

great at marketing them. We’re here to help out the little guys, but we can also handle events with a larger potential audience as well” she said.

Other benefits of Local Hop are that it is easy to customize and the creators are nearby to help. “We can move quickly based on an organization’s needs,” Bales said. “We want to make this as much of what they want as we can.”

The move to Pontiac is also exciting for the team. With Bales living in Ferndale, Russell living in Birmingham, Myers living in Rochester and Sussbauer living in Lake Orion, being located centrally in Oakland County is important plus, as Bales said, “Pontiac is up and coming. There are a lot of people investing in Pontiac and the Downtown is growing. We want to be a part of that.”

Bales envisions 31 N. Saginaw as a gathering place. Alley Cat Café already attracts many of Pontiac’s movers and shakers. And soon the wine cellar will be open for private wine tastings once a month. “We’ll be bringing in a nonprofit to these events to talk about what they do and hopefully raise some money for them. We see this as a good welcoming tool to promote the community,” Bales said.

Being in Pontiac is also a recruiting tool. “Tech professionals are in high demand, and they tend to want to be in unique places. They don’t necessarily want to work in an office or a cubicle. If they can come to a place that has character, an open floor plan, great views and a good work environment, that can help us get more creative, talented professionals,” he said.

To learn more about Local Hop, check out their website at  www.getlocalhop.com 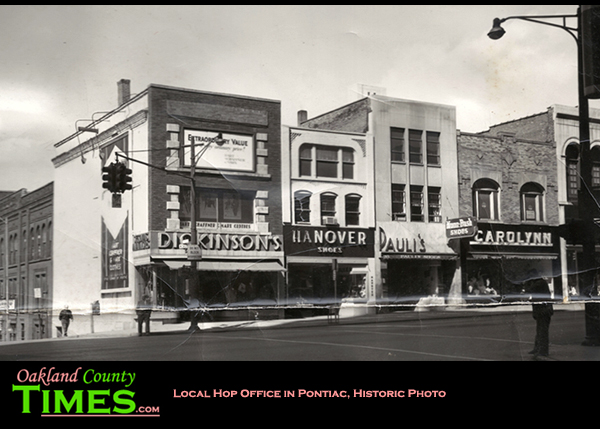 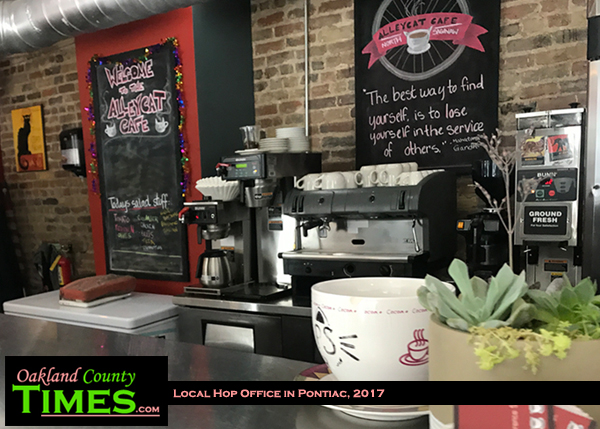 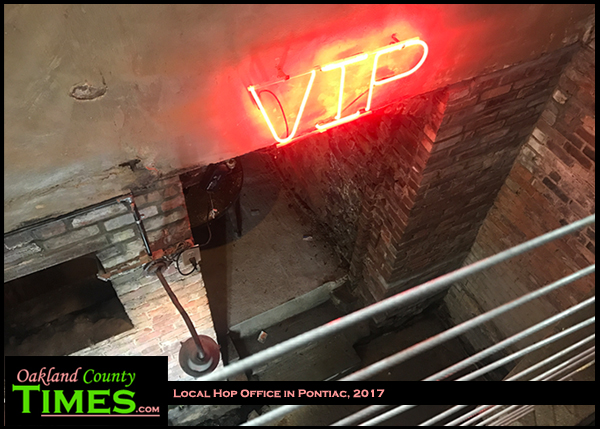 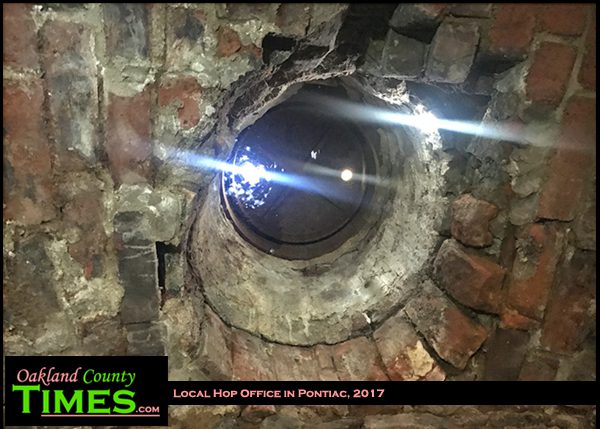 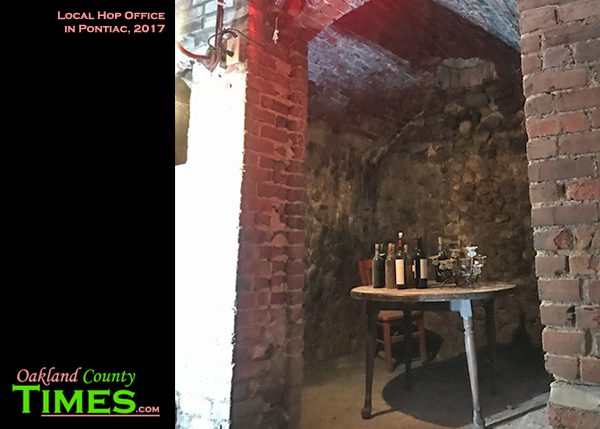 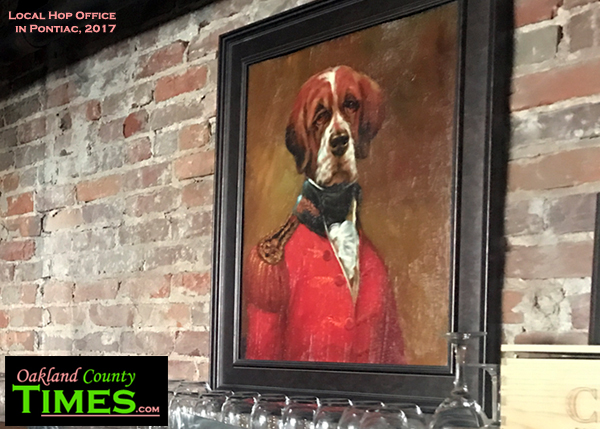 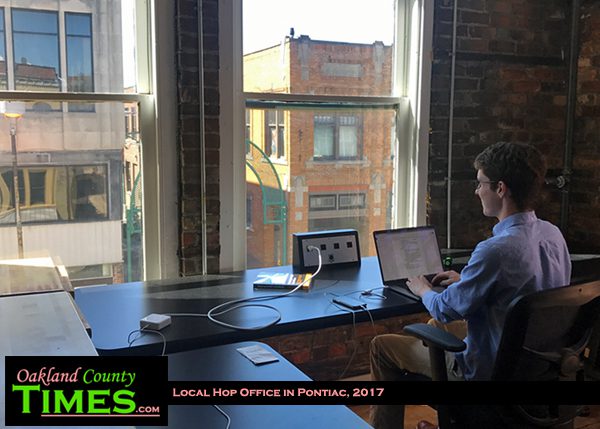 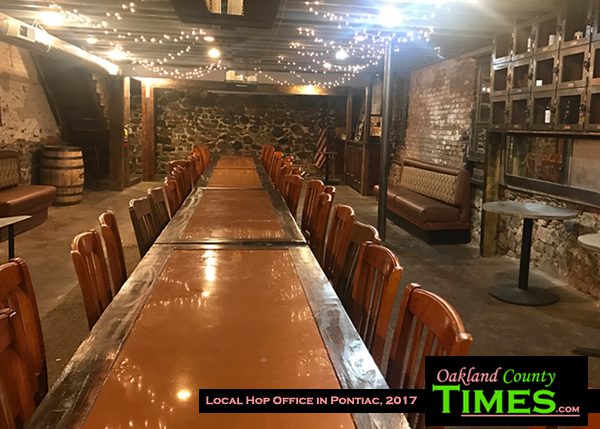 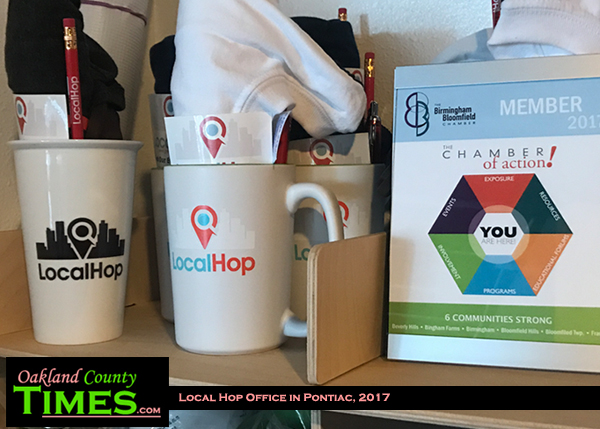 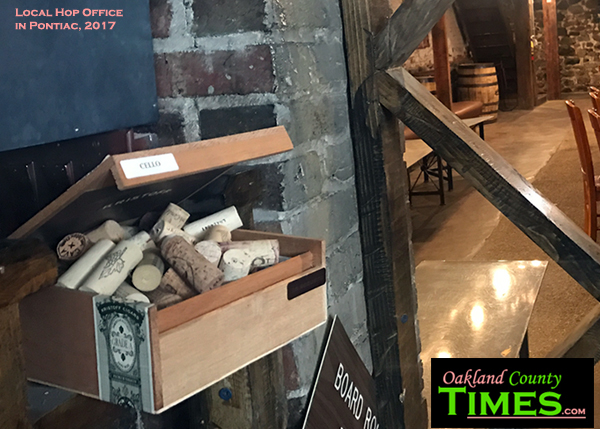 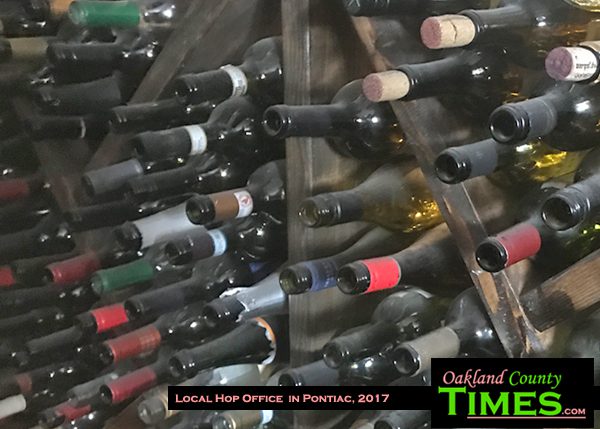 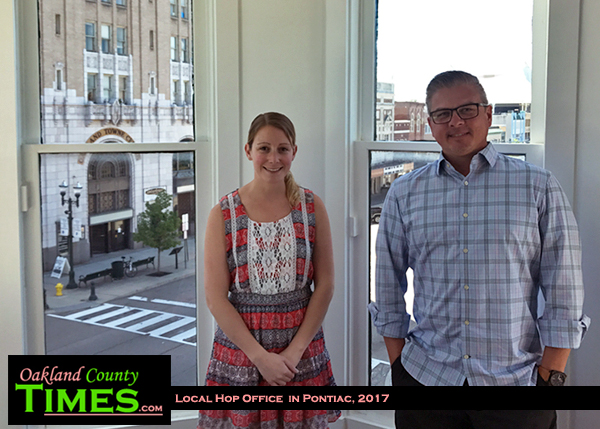 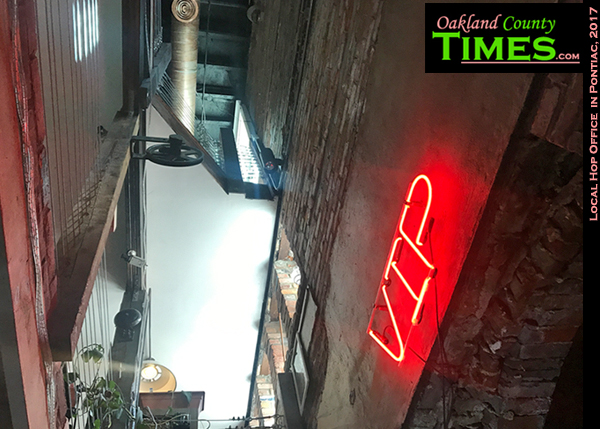 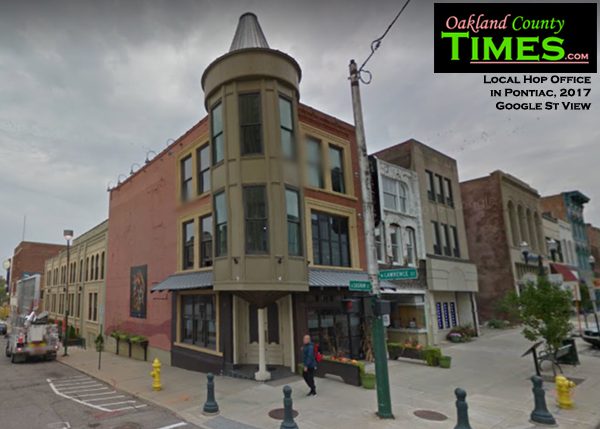