Ferndale, MI – Before diving into an afternoon of Ferndale Pride coverage, a friend and I

grabbed lunch at Zeke’s BBQ, which is right in the heart of Downtown Ferndale.  I had the loaded mac n’ cheese with BBQ pulled pork, and an order of candied bacon.

The pasta was smothered with cheese and the bits of pulled pork were a great addition.  It also came with a piece of cornbread that was topped with buttery brown sugar.

The candied bacon was delightfully sweet and chewy, almost like candy, except it was bacon.  Great idea.

The menu has plenty of meaty options and creative sides. Find Zeke’s at 240 W. 9 Mile in Downtown Ferndale.  Check them out online at www.zekesrnrbbq.com. 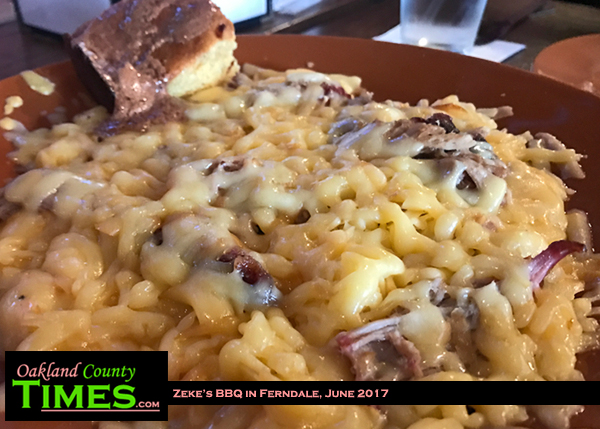 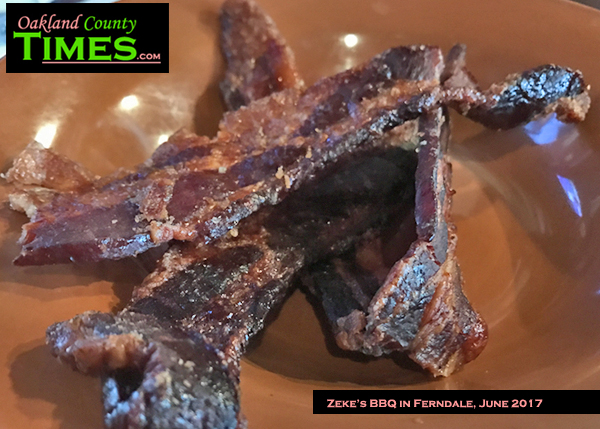