Pontiac – The Oakland County Sheriff’s Office and the Sheriff’s Office Fire Investigations Unit are requesting information on identifying an individual  who is suspected on setting a fire outside of Pontiac High School.
On May 27, 2017, the Sheriff’s Office along with the Waterford Regional Fire Department
responded to a fire, which was discovered to be burning on the property of Pontiac High School.
This fire was the result of burning approximately 20 pallets of Carlisle Insulation Board. The
insulation had been delivered for a roofing project, which the Pontiac School District was due to start within the week. The fire was set in a parking lot on the northeast side of the school
building and was believed to be set between 3am and 4am.

determined the fire to be arson. Surveillance footage was viewed and collected from the Pontiac School District. The footage showed a suspect approach the pallets of insulation board wearing a gray hooded sweatshirt with a dark-colored backpack. The suspect is described as a black male between the ages of 30-40 years old, 5’8-6’0 in height, with an average to large build.
The public is asked for help identifying this individual and additionally, it is believed a party bus had dropped off occupants on the northwest corner of the school around the same time. The party bus would have been in the area between the hours of 3am and 4am.Occupants of this party bus  may have witnessed or observed the suspect walking through the parking lot at the time of thearson. The approximate value of the insulation which was destroyed is $500,000. The Michigan Arson Prevention Committee is offering a reward of up to $5,000

were set ablaze at around 3:30am Saturday.  The damage destroyed about 25 percent of the much-needed supplies.

Pontiac School Superintendent Kelley Williams gave a statement about the fire.  “Someone set fire to the Roofing materials for PMS around 3:30 am. The Sheriff’s Department is investigating and think they may have caught the person. Cameras will be viewed on Tuesday. Unfortunately, 25 percent of the materials were loss and will need to be replaced. NO damage to the schools occurred,” Williams said. 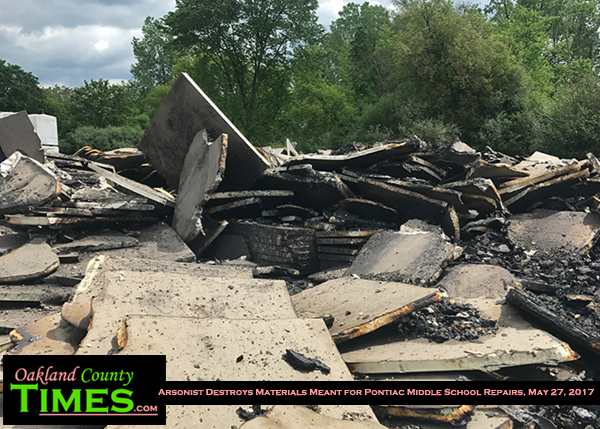 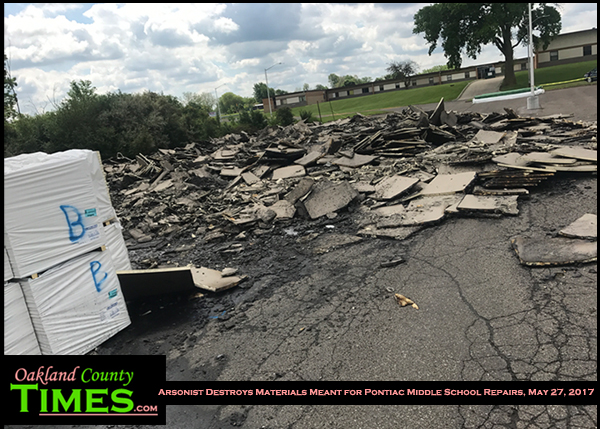 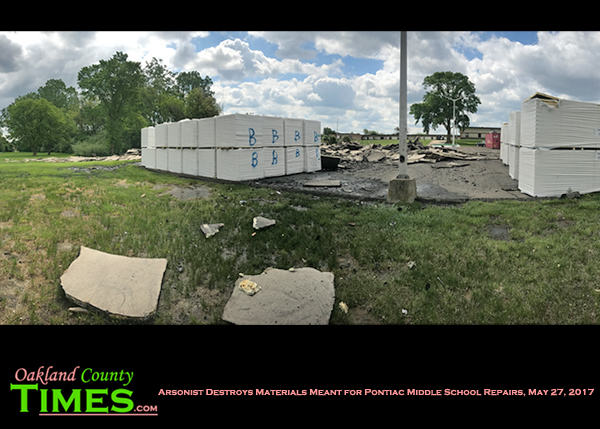 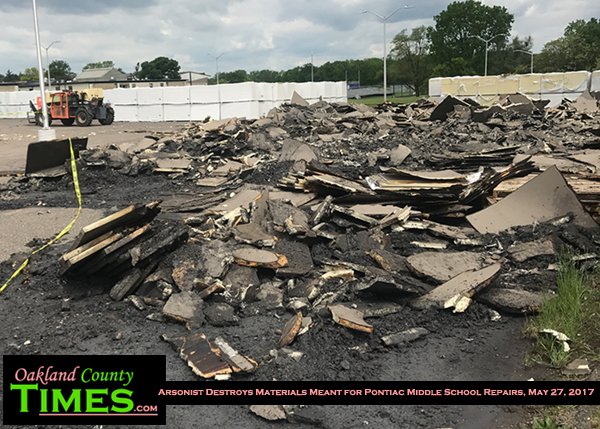