MML#6 – The Future of DDA and TIF Funding

Lansing, MI – There are 640 TIF Authorities through the state, and sometimes their value gets questioned when budgets get tight.  As the Michigan Legislature discusses potential change to the Downtown Development Authority Act and other Tax Increment Funding (TIF) mechanisms, local officials came together to learn about proposed changes and to have their varying voices heard.

The Michigan Municipal League hosted a panel discussion about “The Future of DDAs and TIF Authorities” at their recent Capital Conference.  Chief Director of the Michigan Department of Talent and Economic Development Jeremy Hendges, Senator Ken Horn and

Jackson DDA Director Nathan Mack spoke on the panel, while several officials and administrators in the audience also weighed in.

Senator Horn of Frankenmuth introduced a bill that would require DDAs to give financial reporting to the State Treasury.  Currently DDAs are required to report to their local government, and budgets must be approved by the city or village council or commission.  Horn said his bill is to help increase transparency and to create records where DDA spending could be more easily understood.

DDAs capture a portion of property taxes in a business district to be used for making investments that foster economic development.

Activities include things like infrastructure improvements, street-scraping, signage, lighting, business development support services, marketing and advertising, events, facade grants, incentives and even purchasing properties to be fixed up and re-sold or used for public spaces.  DDAs

also are often organizers of volunteers in the community, harnessing time, labor and talent to make improvements and attract visitors with placemaking or events.

“This issue of DDAs and TIFs came up early in my term on Senate,” Horn, who also owns Horn’s Restaurant in Frankenmuth, said.  “We need to bring DDAs back to that original economic development flavor.”

“The question is what is it a community does to promote economic development in their areas,” Horn said.  “There’s a lot of pent up discussion. These were not intended to be a

forever entity.  When you’re locking down funding for decades, why are we doing that?”

He gave examples of spending some have considered questionable such as DDA funds being used towards a fire truck and for underground piping. “

“Are DDAs doing what they should be doing?,” Hendge asked. “I want to protect DDAs and protect TIF.  My intent is to make sure we’re not piecemealing a solution. We have these other entities saying ‘those DDA guys, they’re taking our money.  Number one, it’s not your money, it’s still the people’s money.  And it’s not the tax capture that’s causing your budgets to implode.”

He explained how the loss of sales tax and local property tax have hurt local governments.  “It’s not the TIF captures that are hurting you,” Hendges said.  “Look at each other as partners, not as adversaries competing for the same dollars.”

An attendee from Laingsburg questioned the necessity of reporting to the Department of Treasury, stating “We have a budget that has to be approved by council.  All of our audits go on the website as required by the state. The TIF has to report to the local unit of government.”

“We’re not doing this to make it harder,” Horn said.

“Emotion trumps data when data isn’t available,” Hendges said.  “This gives us an opportunity to look at identical information for multiple DDAs at the same time.”

Several in the audience gave examples of how their local groups have helped to grow the local economy and provided services that support the merchants that are there.

Ferndale Mayor Pro Tem Melanie Piana spoke from the audience.  “I take issue with the idea that DDAs should be temporary. Downtowns are not temporary,” she said.  “The DDA keeps business owners and volunteers working together and engaged.  They create an atmosphere where business thrives and a culture that attracts people to our Downtown.  Downtowns are always changing. As you grow there are new needs and challenges. A DDA helps make sure that growth is smart and that businesses are involved in decisions.”

Fenton Mayor Sue Osborn also defended her city’s DDA, saying “talking the DDA away from Fenton would be like taking chickens away from Frankenmuth.”  She said that the DDA has been essential in the city’s prosperity.

An attendee from Lapeer shed light on their DDA’s contribution to a firetruck purchase, saying that the DDA chipped in 30% of the cost to replace a ladder truck.  “Two years later we had a major fire. That fire truck saved our downtown.  The county complains because the TIF

captures money they would get.  The county loves to talk about that story, but they don’t talk about their own three story building right in downtown that doesn’t pay any taxes. The firetruck is there for them too.… Its infuriating to hear that fire story worked into every presentation.”

A recently passed bill excludes libraries from DDA and TIF captures. “It’s too early to know the impacts,” said Jackson DDA Director Mack when asked about the capture.  A post on the Canfield Miller website states “The law automatically exempts taxes levied pursuant to library millages passed after Dec. 31, 2016, from capture by the TIF Authorities. Taxes collected pursuant to library millages levied before Jan. 1, 2017 are also exempt from capture under the law so long as all other obligations of the TIF Authority have been paid. A library board (or commission) may, however, allow the capture of all or a portion of the taxes levied by a millage passed before Jan. 1, 2017 pursuant to an agreement with the TIF Authority.”

“There has been some confusion over what will allow a library to opt out or not…  A lot of libraries work with the DDAs in their community so they know the benefits each other provides.”

Outreach and demonstrating benefits seemed to be the advice of the day for those at the table.  “Get your local representatives out there to see what is being done,” Senator Horn said. “We need to have business people in our towns say what the benefit is.”

The Michigan Municipal League offers many resources to educate officials about DDAs.  Check out their guide at http://www.mml.org/resources/information/dda-packet.htm.

The Michigan Municipal League 2017 Capital Conference took place March 21-22 in Lansing.  Oakland County Times will be featuring stories from the conference over the next few weeks.  If you’d like to sign up for daily headlines from Oakland County Times go to https://feedburner.google.com/fb/a/mailverify?uri=Oakland_County_115_News.

For other articles from the MML Conference, and conferences past, go to http://oaklandcounty115.com/?s=mml 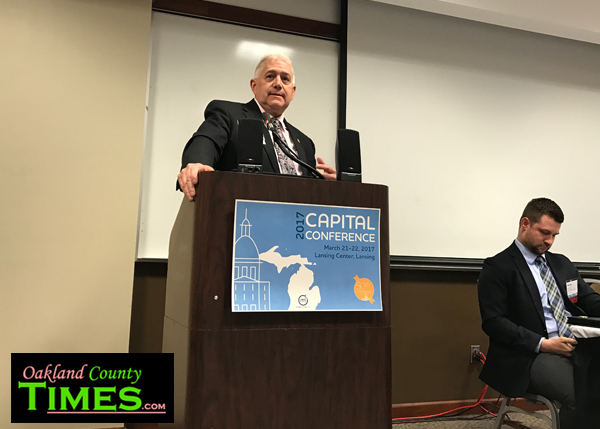 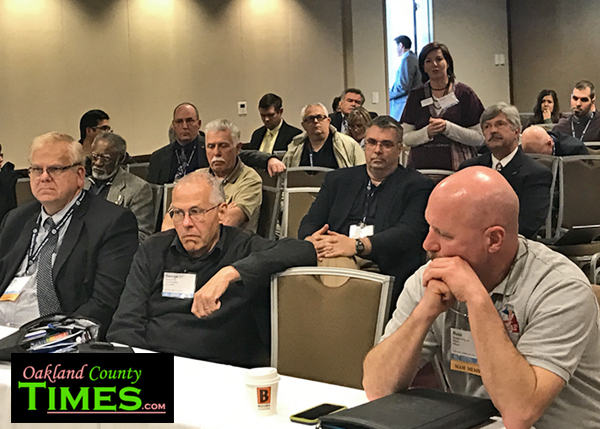 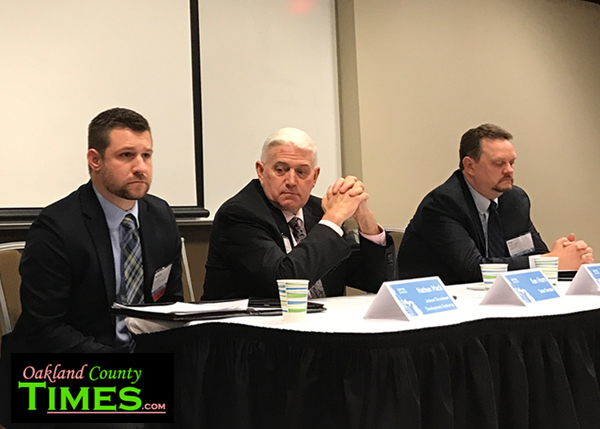