Ferndale, MI – The trend of Shipping Container home construction will soon be taking root in Ferndale as two city-owned properties were sold Monday to individuals looking to place such homes on the now-vacant lots.

208 Pinecrest is located one street north of 8 Mile on the east side of Pinecrest.  The City had been asking $12,000 for the lot, but accepted a bid of $9,000 on the advice of Real Estate

Agent Jim Shaffer of Keller Williams, who is the listing agent for the property.

According to a memo from Community and Economic Director Jordan Twardy, Shaffer advised “the offer of $9,000 should be seriously considered and accepted. The lengthy market time is a direct reflection of the subject property on heavily traveled intersection of Pinecrest and 8 Mile adjacent the CITGO gas station.”

The lot has been on the market for over a year.  The purchaser spoke at City Council on Monday and shared they would be adding a 300 square foot shipping container home to the property.  The home would be placed with the end of the shipping container facing the front of the property, where the doors would be sliding glass. The home is currently being used as a model home at another location and will be moved to that lot.

Multiple bids came in, with the highest being $20,000.  This property was also listed with Jim Shaffer of Keller Williams.  The purchaser shared a picture of the shipping container home he plans on building on the site.  The two story home will have multiple containers with added architectural features on the exterior.

If the owner of each lot is able to make the home comply with all building codes, there would be no further approval needed by the City or Planning Commission.

Councilperson Greg Pawlica inquired if the first purchaser had informed neighbors that there would be a shipping container home put in, and the purchaser responded that he had not.  For the Camden home, Mayor Pro Tem Melanie Piana asked the same.  In that case the purchaser had talked to one of the neighbors but plans on talking to the other.

Both purchasers plan to begin construction as soon as the weather becomes cooperative. 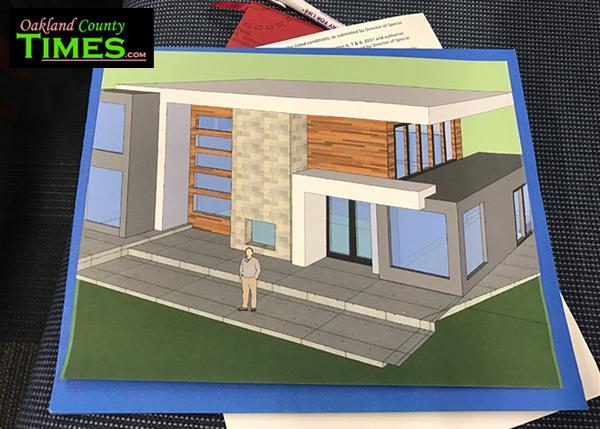