Ferndale, MI –  Ferndale could get a new street if the latest revisions to the plans by Robertson Brothers Homes for the former Wilson/UHS site are approved by the Planning Commission.

The newest round of plans includes 28 homes, the extension of College Street (which would dead end into Wilson Park) and the creation of a new street that would run parallel to Paxton and

connect College to University. The street has yet to be named.

Tim Lochran of Robertson Brothers spoke to a room full of neighbors Tuesday to get public input before going back to the Planning Commission on March 15.

The developers came to the Planning Commission in October and in January for discussions on the site plans. Both times they were sent back to the drawing board.  Most recently Planning Commission members opposed the idea of having attached garages.  Those were eliminated from the plans, replaced by home choices that have detached garages towards the backs of the lots.

Purchasers would be part of a Home Owner Association and would be required to follow design standards set by Robertson Homes, such as paint choices, not modifying façade, fence

materials etc.  Homes would cost about $200,000. Styles and colors would be intentionally varied

Home choices include the Lafayette series, the Franklin and the Princeton.

If approved by the Planning Commission at the March 15 meeting, Lochran said there would be another month or two of planning and about three weeks to demolish the Wilson/UHS building.  By summer the demolition would be done and the roads, utilities, and lot prep would be in place during the fall.

Homes would be built as they are sold. The homeowners would pick out the lot they want and the home design, and it would be built for them, a process that would continue until the lots are all developed.

Residents inquired about the demolition process.  Lochran said a fence would be around the

building during demolition and work would not occur between 7pm and 7am because of city ordinances regarding noise.

Some worried about a large willow tree on the block. Lochran said the tree is in the park, not in the development.

People also asked about the fate of the existing building, wanting to know if bricks would be saved or materials recycled or reused.  Ferndale Schools would have the ability to save anything they wanted from the building, he said.  He added that “it’s in the company’s best interest that does the demolition to try and recycle as much as possible because of the money.

The site plan is expected to be heard by the Planning Commission on Wednesday, March 15 at 7pm at Ferndale City Hall, 300 E. 9 Mile.

Robertson Homes is also developing the former Taft School location. They are still working on those plans.

Want to keep up with the latest headlines? Sign up for our email list in the lower right corner of this page.

For a story about other development in Ferndale see https://oaklandcounty115.com/2017/02/17/whats-being-built-in-ferndale-check-out-these-developments/. 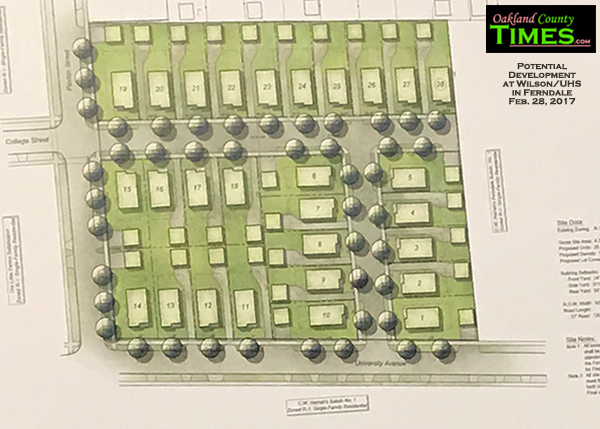 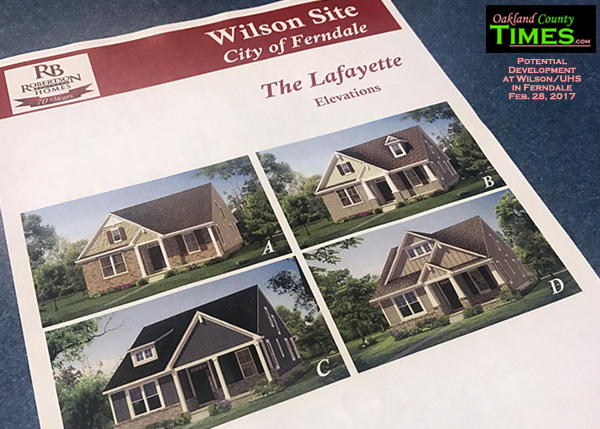 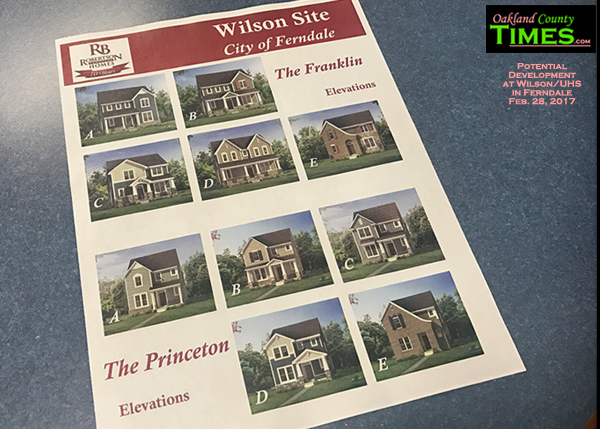 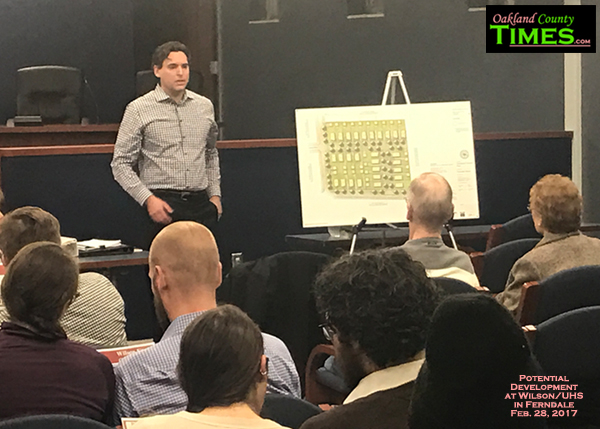