Oak Park, MI – Last year it was sunflowers that brightened the public spaces and roadways of Oak Park. This year it will be ice cream and a newly-decorated bridge.

They touted successes in the city, including the increase of police officers from 42 to 52, an improved website and communications, and developments like FedEx, Union Joints and Planet Fitness.

But it’s the little things that residents are likely to notice.

The planting of 15,000 sunflowers through the city was an initiative that got a lot of attention by residents, visitors and the media.  “The project that started as a teachable moment in every school across Oak Park ended up being a wonderful source of community pride,” Mayor McClellan said.  “To those who may wonder, we will be planting sunflowers on an even larger scale this spring!”

Starting this summer, Oak Park Public Safety Officers will be driving around in an ice cream truck giving away free ice cream to neighborhood children.

taken the initiative to get a van donated by the DPW and donations from Prairie Farms of ice cream through the week.  “We look forward to rolling down your street soon,” Cooper said.

Another sight to be seen this year will be the re-painted water tower.  Instead of just a plain coat of paint, the tower will tout the “Oak Park” name.  The tower is located at 11 Mile and Tulare and is painted sky blue.

This will pair up with the recently approved bridge design improvements.  “The bridge at I-696 and Coolidge recently had the dubious honor of being included on the UgliestBridge.com website. There are plans to remedy that by replacing the current chain link fencing with new decorative lights and fencing to improve walkability, bike paths, and enhance bridge aesthetics.  Like with water tower, the bridge upgrade will show the City’s branding elements,” Mayor McClellan said.

e Mayor also announced an upgrade to the City’s recycling program, stating that residents would be receiving “herbie curbie” recycling bins – the large ones with the attached lids and wheels – to encourage more recycling and stop people from having to chase recycling lids down the street.

City Council will also soon be considering replacing streetlights with LED lighting that would save the city $150,000 a year.

The visible items announced were backed up with accolades of the staffers working behind the scenes to make the ideas possible.

“The new bridge symbolizes the connections between our proud past and our bright future,” said Mayor McClellan.  “Our vision set by City Council is to “lead the region as the most dynamic city in Metropolitan Detroit, serving as a destination for vibrant, cutting-edge community life.”

“I’d like to close tonight by sharing my dream and invoking your imagination.  Let’s close our eyes and use our imaginations.  Envision the

beautiful boulevards at Nine Mile and Coolidge closed to traffic for a busy art fair with colorful booths and street performers delighting crowds.   Picture sitting on the flowered patio of a restaurant surrounded by twinkling lights and soft music. Imagine you’re celebrating a birthday under the stars with a delicious dinner and maybe a gin and tonic.  Imagine people-watching as busy shoppers from all over the country enjoy rare shops, unique coffee houses, jazz clubs, bistros and art galleries.  Imagine Oak Park as the regional destination.  Imagine the prosperity.

“Now open your eyes and see clearly that our city departments are organized.  Development plans are being implemented.  We have emerged from stagnation to a clear vision of our city’s future.”

To learn more about the City of Oak Park, visit http://www.ci.oak-park.mi.us/. 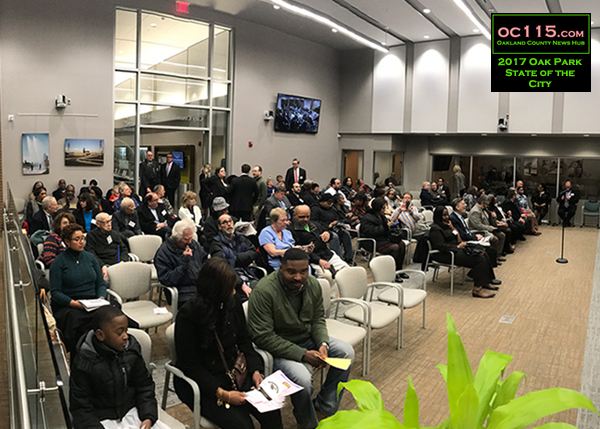 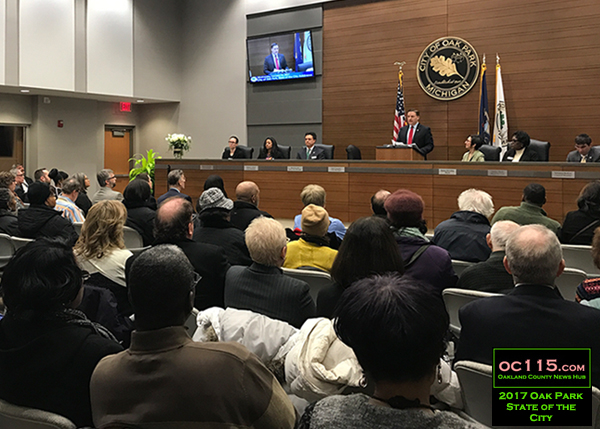 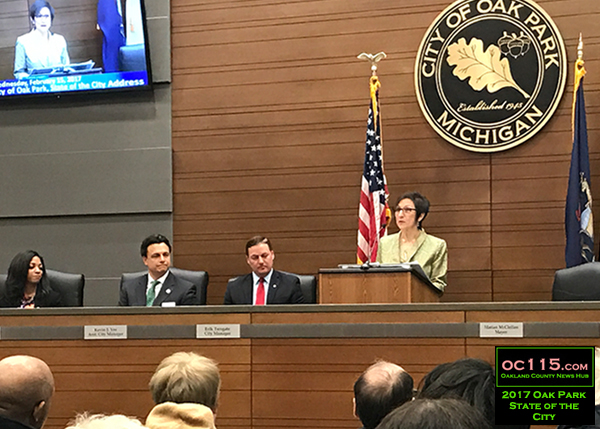 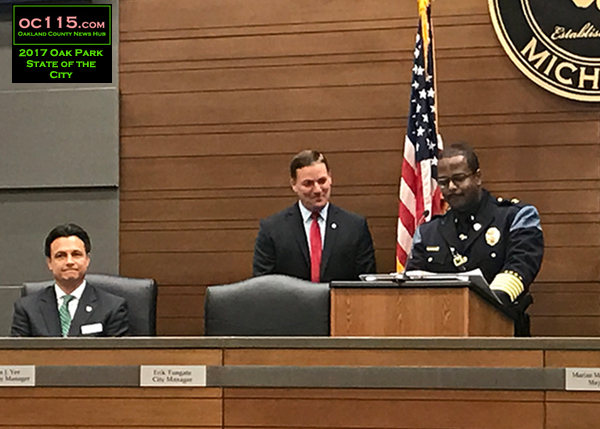 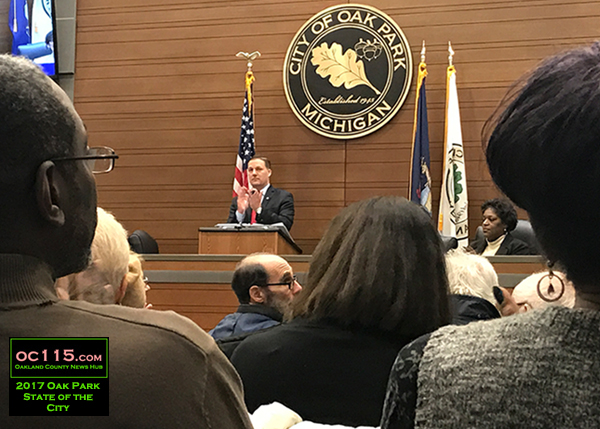 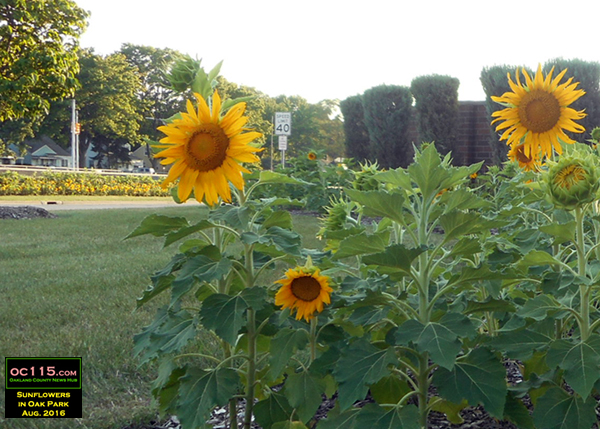