Ferndale, MI – Jerry Travis of Hazel Park said he hadn’t been to a protest since the Bush Era, when he’d go to anti-war demonstrations.  But Saturday he wore his long brown hair down and donned a Jesus robe to show support for Planned Parenthood on Woodward Avenue in Ferndale.

“God is Pro-Choice, She Called it Free Will,” read the sign he held as he stood with about 600 other people who were mainly in support of women’s access to reproductive healthcare.

“I just find misogyny repugnant,” he said.  “It’s getting to be too much.  We’re going back 50 years.  Those who want to take away access to women’s healthcare, they’re not about saving lives, they’re about the oppression of women.”  The robe, he said, was because those who try to stop healthcare access for women do so in the name of religion.

Cate Parker of Detroit and Gillian Bentley of Hazel Park were also among those in support of Planned Parenthood.

“With all that’s going on we have to stand up for our rights.  People got complacent and now we’re in danger of our

right to healthcare being taken away,” Bentley said.

“Nobody has any right to tell women what we can and cannot do with our bodies,” Parker said.

When asked if he thought demonstrations were effective, Travis said “I don’t believe they’re that effective without other organizing, getting people out to vote.  It can build a momentum, stir up the crowd a bit.  People react best when something is threatened.  Maybe this will help people to get active and stand up for what’s right.”

Planned Parenthood is a national network of healthcare providers that give patients access to cancer screenings, testing for HIV, treatment for STIs, and family planning and birth control.  Learn more at www.plannedparenthood.org. 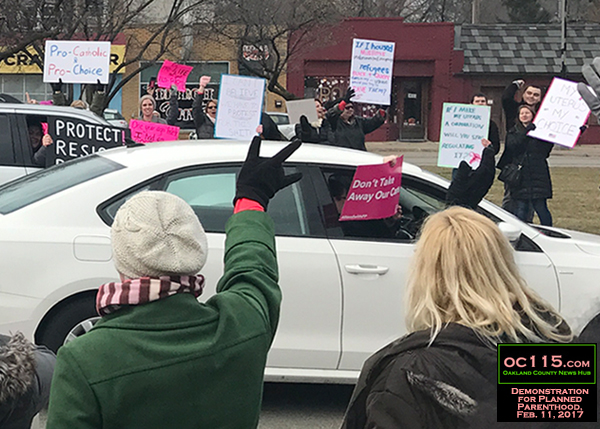 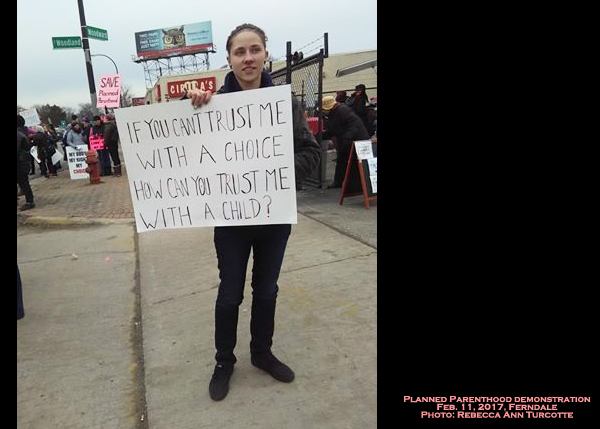 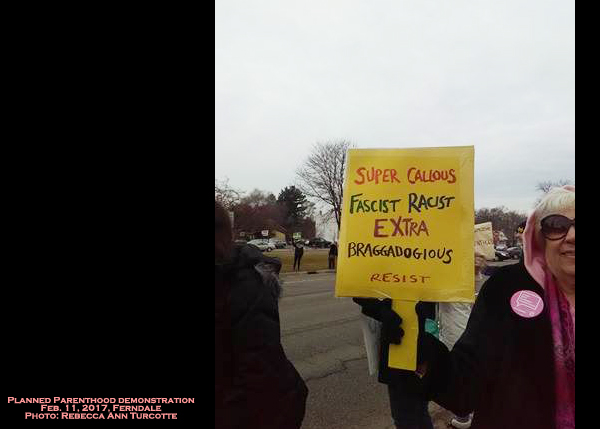 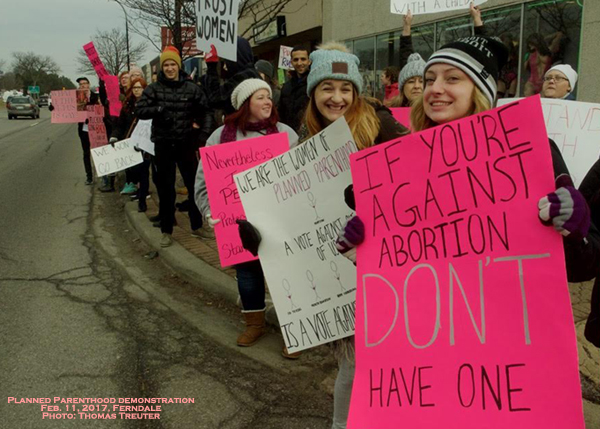 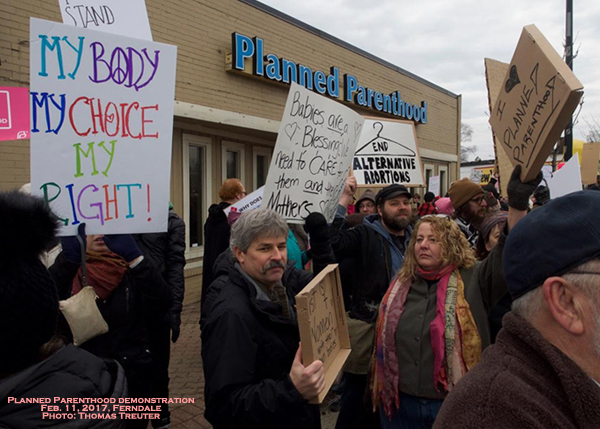 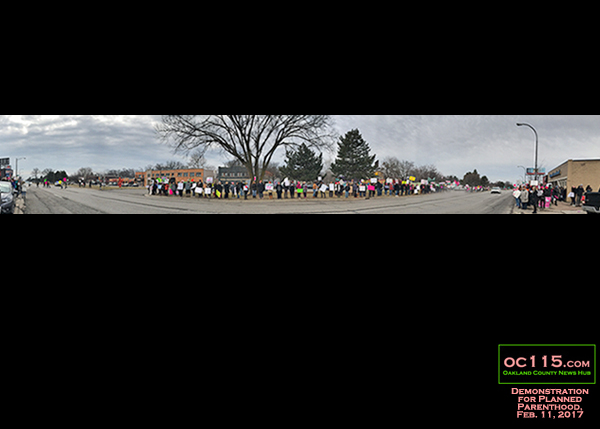 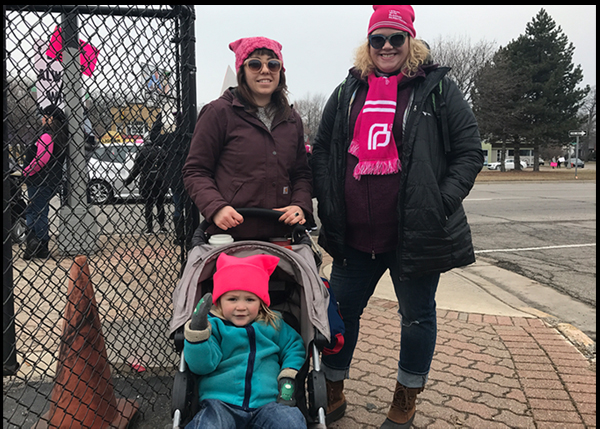 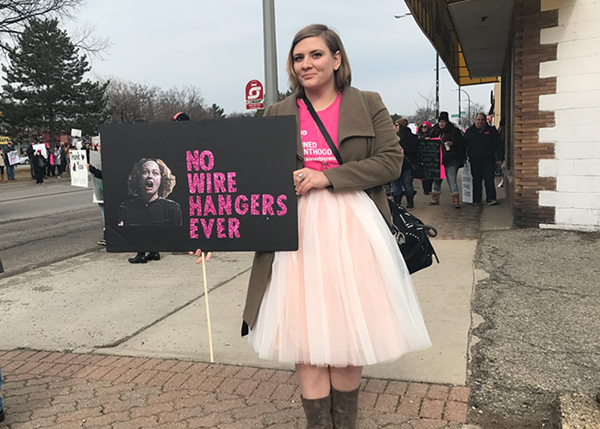 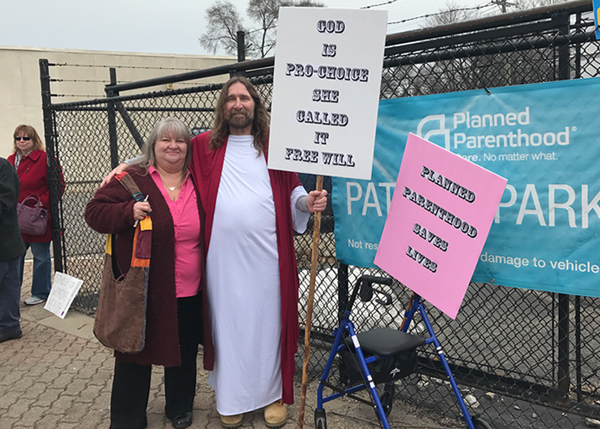 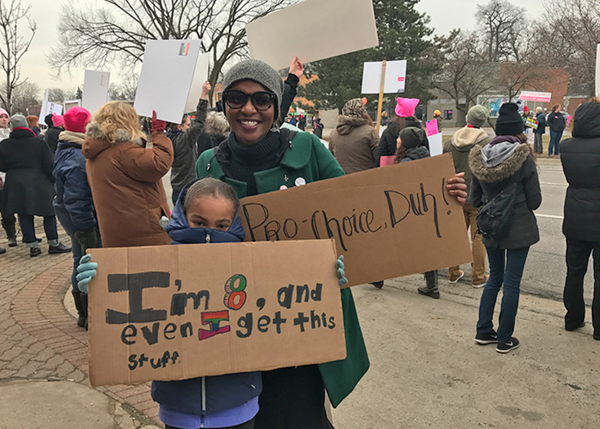 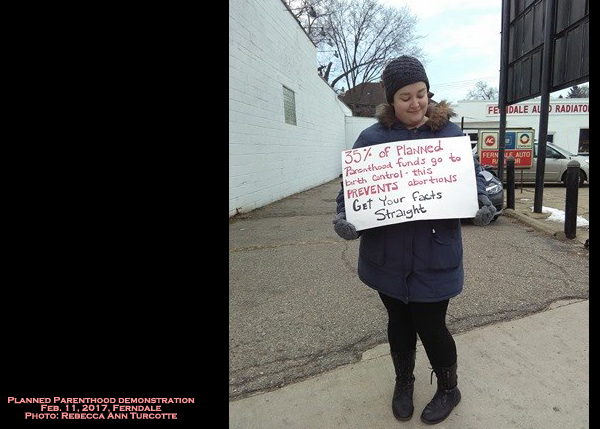 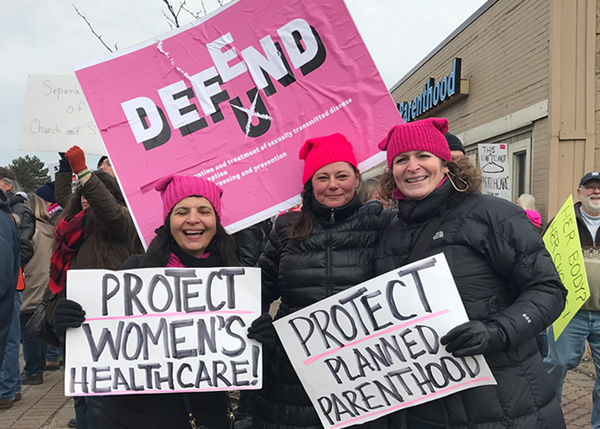 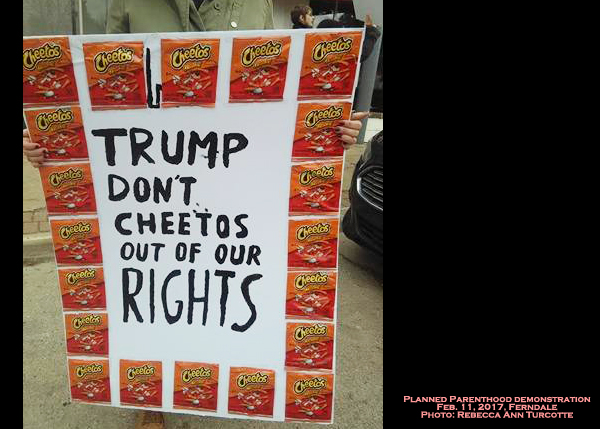 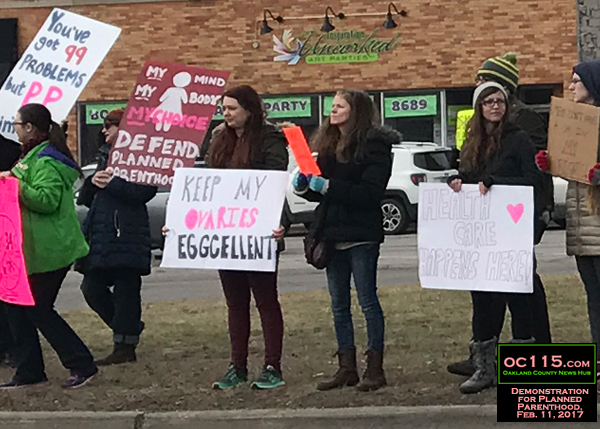