cold-press raw juices and cleanse blends became a delicious and nutritious business.  The juice is produced in Ferndale and goes out to four metro Detroit Drought locations as well as distribution to local restaurants.  They were presented with the Entrepreneur of the Year Award.

Executive of the Year was given to Brad Dahlhofer of B. Nektar Meadery. Dahlhofer along with his wife Kerri and friend Paul Zimmerman founded B. Nektar in 2006.  “From humble beginnings in the Dahlhofer’s basement, B. Nektar’s award-winning mead operation has grown into America’s largest meadery, and the first to join the ranks of Ratebeer.com’s top 100 best breweries in the world, a list it has not left since 2013,” Mayor Coulter said.  “Brad’s talent for mead production and business acumen has helped him and his team not only build

a business that is continually expanding, but also to shape the craft brewing industry as a whole.”

Campbell Fresh earned the Company of the Year Award.  “It was big news in 2015 when it was announced that Campbell Soup Company would be buying Garden Fresh, one of Ferndale’s most renowned local businesses.  Since the acquisition, moving forward as Campbell Fresh, the company has made a substantial commitment to supporting Ferndale, investing over $1 million in expanding their existing facility, as well as retaining and investing in local employees, as well as maintaining robust involvement in community causes, having been concrete steps the company has taken to deepen its relationship with the City of Ferndale, setting the highest standard for what it means to be a responsible corporate citizen,” Coulter said.

Project of the Year was given to Hodges Subaru.  Hodges moved into the former Ferndale Mazda building on Woodward Avenue near Eight Mile Road.  Mayor Coulter applauded the project, saying that it “not only solved a pressing space challenge for this successful business, but also transformed an abandoned building into a first-rate facility that enhances the appearance of the section of the Woodward corridor while creating additional retail development opportunities in their former location. The project embodies the high standard to which not only residents expect of our businesses, but to which businesses hold themselves as well.”

The event gave business owners and city administration a chance to mingle and try appetizers from Otus Supply. 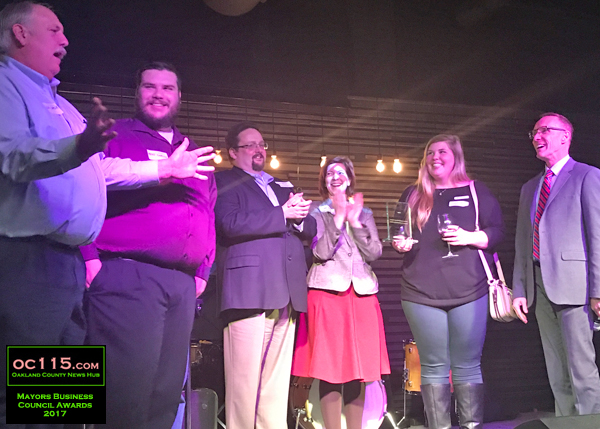 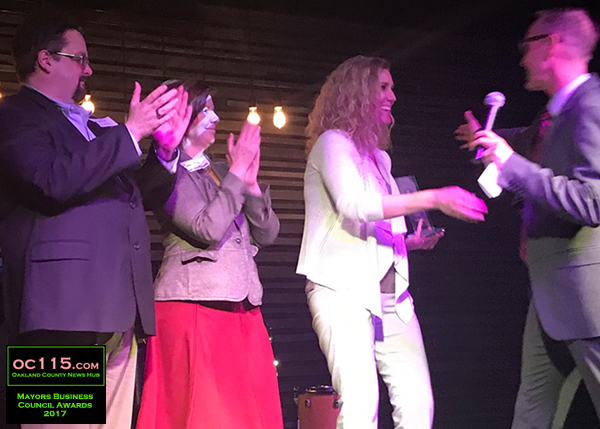 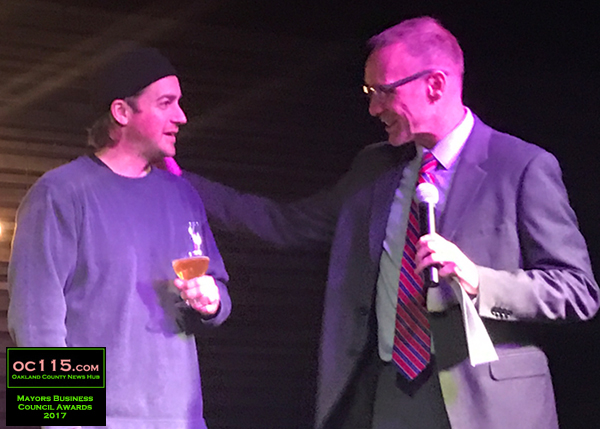 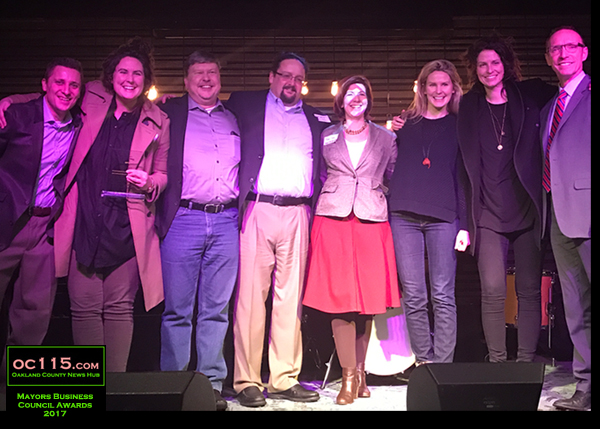