Holly, MI – The desire to serve the people who protect and serve them is what prompted Cal Steele and other volunteers to organize a new group in the Holly Area – The VFW Auxiliary for Post #5587.

The group is made up of immediate family members of Veterans of Foreign Wars, with the role of supporting activities of the VFW.  The official charter date was Aug. 27, but many of the members had been volunteering at the post for years.  Only Veterans who have served overseas in combat can be members of the VFW.  Having an

auxiliary means more people can help in an official way.

There are 24 members and five officers, including President Cal Steele.  Steele’s son-in-law served in Afghanistan.  “In my opinion the most neglected people are veterans of foreign wars.  We’re sending these kids out to fight and they’re coming back really messed up.  We have a moral obligation to look out for them when they return,” Steele said.  “Everybody in this Auxiliary, they mirror that.  We are all doing this because it is important.”

Fundraising by the VFW and the Auxiliary supports local and national efforts to house homeless vets, support families of those who lost loved ones in service, offer rehabilitation and other needs of those who served in the military.

They also will be working with the VFW on events such as the annual Sock Hop, and efforts like cleaning tombstones in Great Lakes National Cemetery.

Their first big effort was taking over the annual Public Safety Appreciation Dinner.  In the midst of a snowstorm this event took place Saturday night.  Representatives from the Village of Holly Police Department and Fire Department were on hand to enjoy a community meal along with about fifty community members.  The first responders were honored with a plaque and a meal, while money raised will go towards VFW Auxiliary projects.

Many of the first responders were on the road handling multiple car accidents the night of the dinner.  “It is an honor to honor those of you who serve our community so faithfully,” said Pastor Richard Kinnamon as he blessed the police and firefighters.  “We thank you Lord for their time 24 hours a day, 7 days a week.  When we celebrate holidays they drive around and protect us.  Keep them safe, not just on days when the roads are like they are, but in all the things that come their way, they sometimes protect us from.”

In addition to the dinner, there was also dancing and a raffle with prizes donated by local businesses.  To learn more about the VFW and the VFW Auxiliary, which are both accepting new members, check them out on Facebook at https://www.facebook.com/vfw.holly. 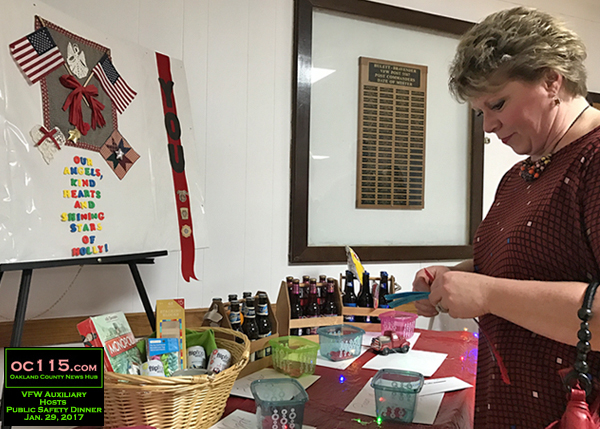 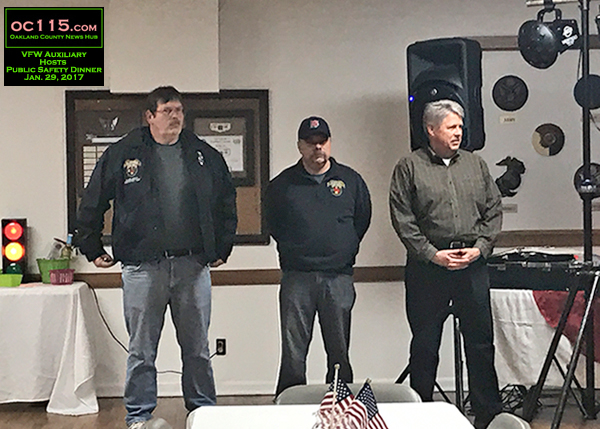 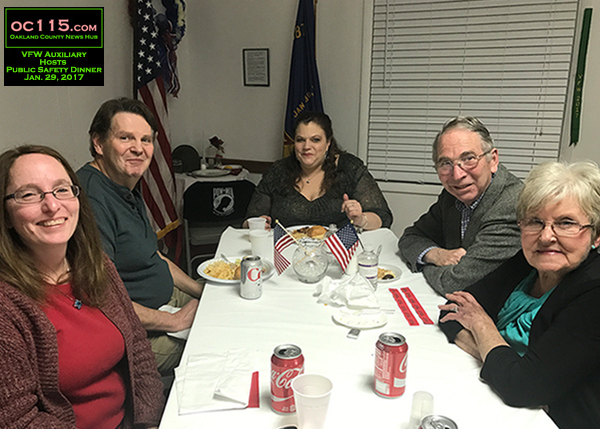 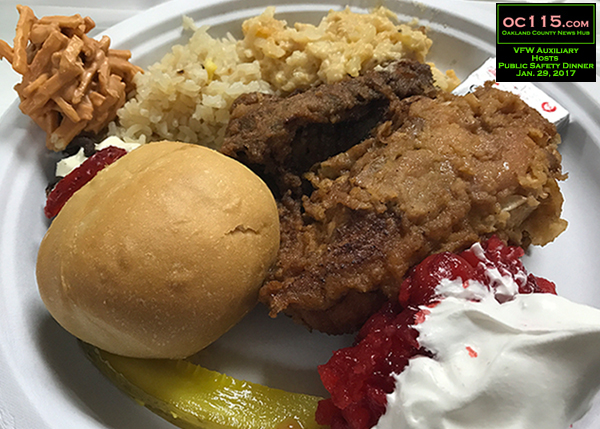 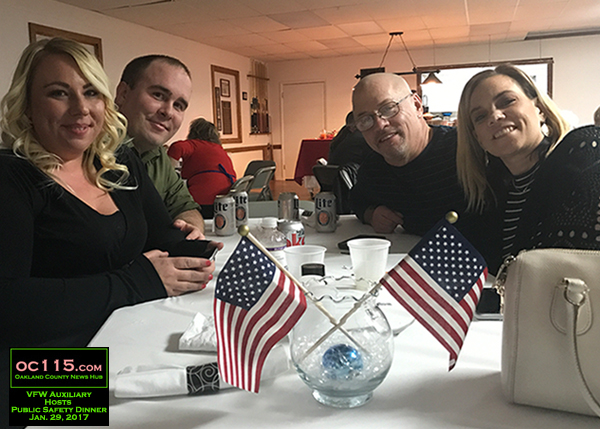 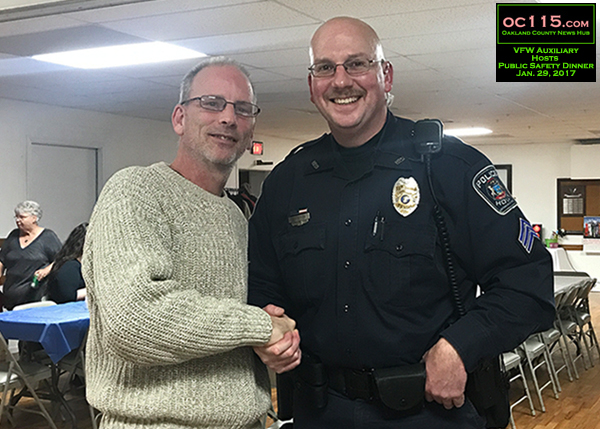 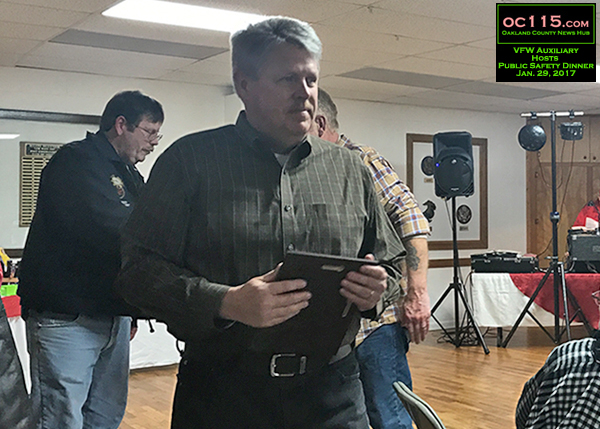 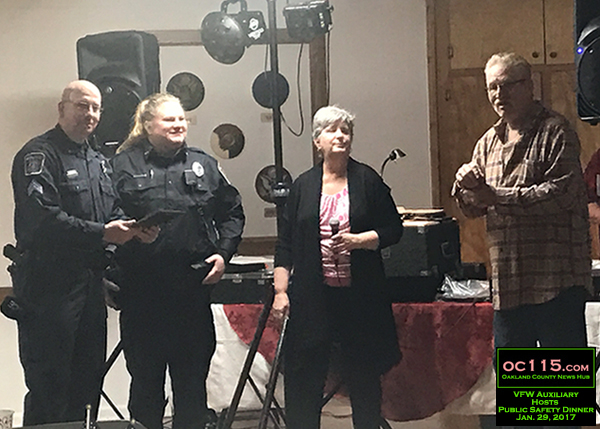 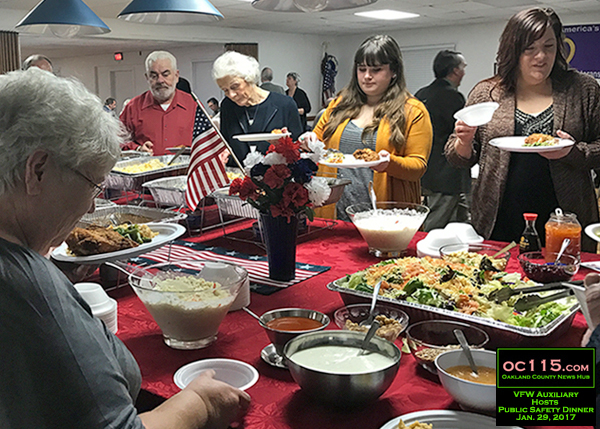 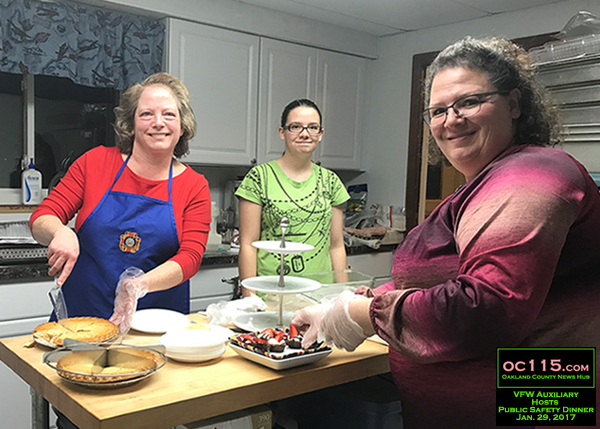 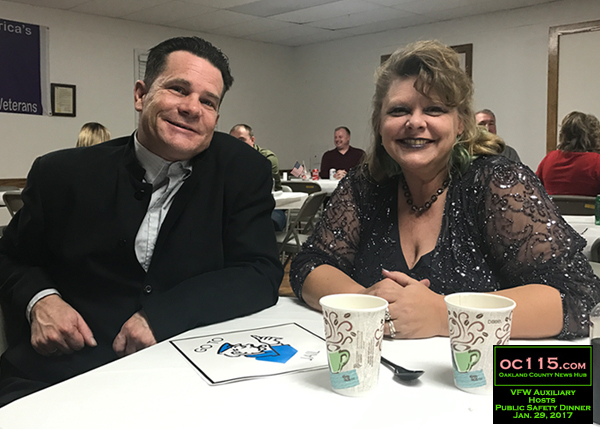 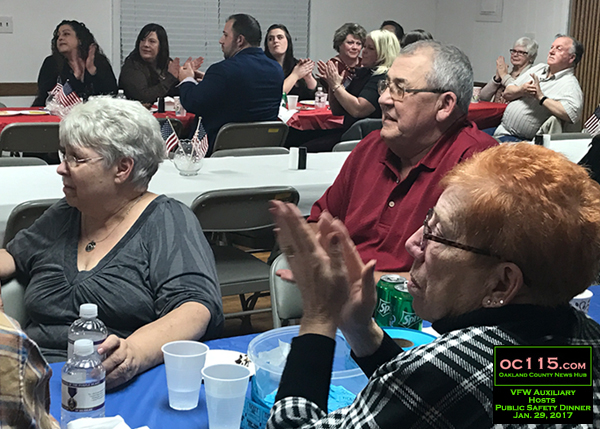