Ferndalehaus Gets Approval for Phase Two of Development

for Phase Two of Development

Ferndale, MI – With shovels in the ground for the first phase of construction at the former Save-a-Lot property in Downtown Ferndale, developers of Ferndalehaus are ready to move forward with phase two after getting approval from the Planning Commission on Wednesday.

Developers purchased three homes on Withington located between Ferndale Foods and the Ferndale Housing Commission’s Withington West building.  The homes at 475-487-493 Withington St will be demolished to make room for an extension to the four story apartment

building that has been previously approved.

The original building will have 90 apartments.  The Withington wing will add another 39 units, with the first level being parking.  Most of the units will be one bedroom.

The two main points of discussion were the building’s appearance and the parking.

Developers needed approval for the parking as well as a waiver of the requirement that multi-unit residential structures not exceed 150 feet.  This project is 180.67 feet.

facade with a patchwork of building materials and varying heights for sections of the building.  They also included design features such as screening for the parking area, landscaping trees, and a “green wall” that will have climbing ivy.  The building will be covered mainly with three different types of aluminum siding, with faux wood and brick veneer on the corners.

The Planning Commission approved the development, with two members voting no.  Christa Azar gave one of the ‘nay’s.  “Ferndale’s about character,” she said.  “I appreciate the changes that have been made, and it looks better from the second floor up.  But I don’t know that we’ve solved what people walk by and see, so I’m not in favor of this.”

Azar questioned if the building would fit in with the surrounding neighborhood.  Withington West is a dominant building with long stretches of white balconies. To the east is Spaulding and Curtin Funeral Home and Ferndale Foods.  Across the street are Craftsman homes.

“Philosophically when I look at this project, I have 150,000 square feet.  That level of detail that goes along with a Craftsman home doesn’t really translate into a building of this size,” said Peter Stuhlreyer of Designhaus Architecture. “I’m very flexible within reason to what ideas you have.”

Approval was granted with stipulations that screening and landscaping concerns would be addressed.

Stuhlreyer expects demolition and construction to begin shortly, and for the entire project to be completed in 12-14 months.

For more on the original Ferndalehaus Lofts plans see our previous story at https://oaklandcounty115.com/2016/03/16/save-a-lot-spot-soon-to-be-lofts-in-downtown-ferndale/. 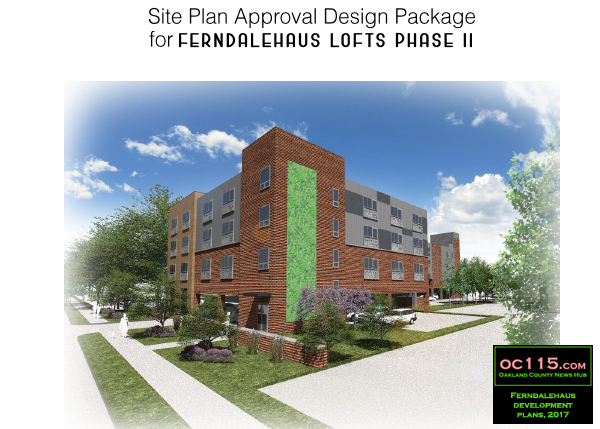 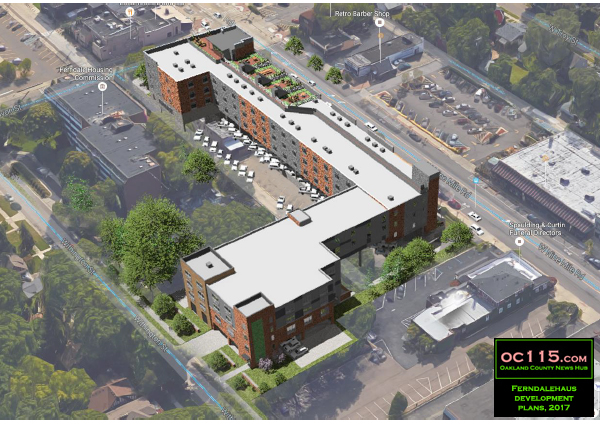 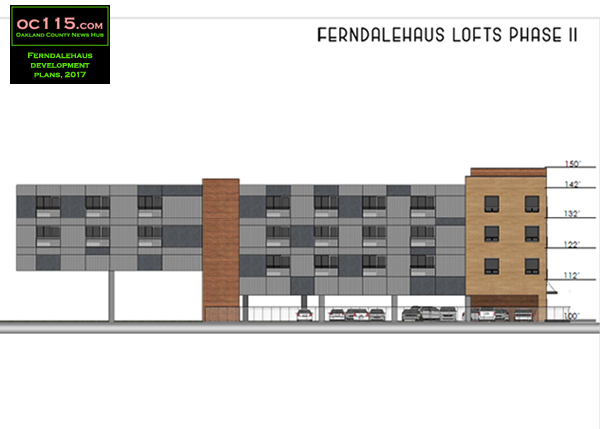 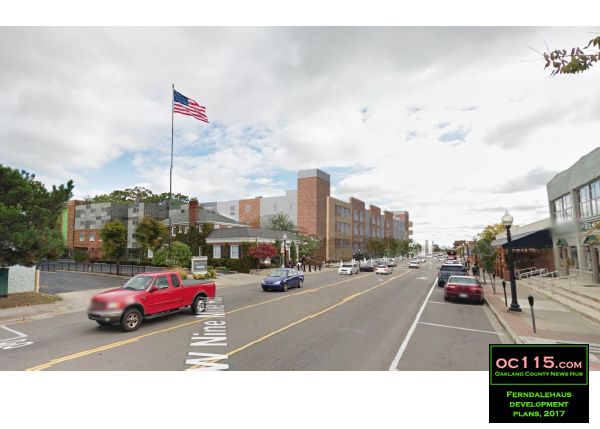 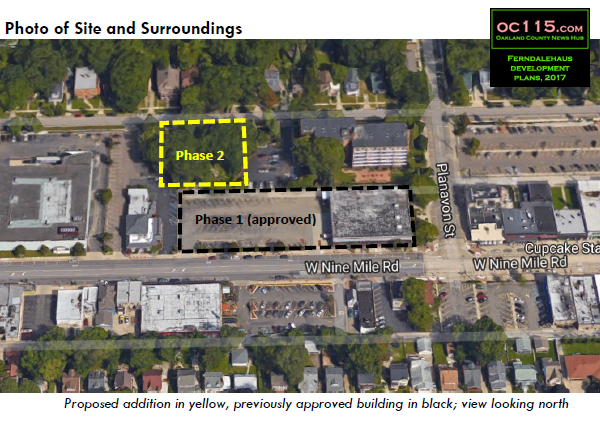 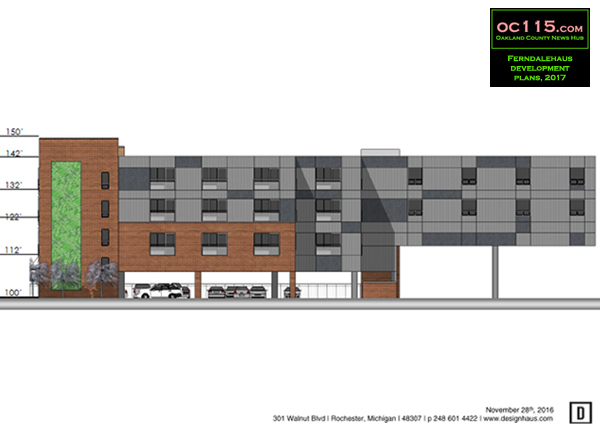