Discussion Continues on Future of Taft and UHS Properties in Ferndale

Future of Taft and UHS Properties in Ferndale

Ferndale, MI – The planning process continues for two properties in Ferndale that were purchased by Robertson Homes from Ferndale Schools in 2016 after the district closed schools as part of restructuring.  The properties are the sites of the former Taft School (427 Allen Street, corner of Allen and Fielding Streets) and University High School (UHS, 1244 Paxton Street, corner of Paxton and University Streets).

Both properties are slated to have new homes.  The question is how many units will be placed on the sites, what style of homes they will be, and what other

features the development will have.

Tim Lochran and Jim Clarke of Robertson Homes were at Wednesday’s Planning Commission meeting to share updated concept site plans with the commission and the public.  The conceptual plans were simply up for discussion, not for a vote.  They had come before the commission on October 19 where they heard feedback about the density, parking, and layout of the developments.

Based on the feedback, Robertson Homes reduced the number of homes at the Taft site from 104 to 90.  The proposed homes are single car townhouse units.  “We lost units to create pedestrian access and more parking,” Lochran said. More parking was added to the middle of the neighborhood as well as around the perimeter.

The homes were also re-arranged to better hide the garages and backs of the houses.  In the

area between the homes and the park a “woonerf” was added, which is a shared street that is meant more for parking and walking than use as a through street. Shared patio space and bike racks were also added to the plan.  The site is 4.5 acres and is adjacent to Garbutt Park which is owned by the City of Ferndale.

The UHS/Wilson development site presented challenges when the developers discovered a 36 inch storm drain running below the property.  Because they cannot build homes or parking over the drain, it limited their ability to design in the allotted space.  To adapt they designed lots with connected garages facing the front of the lots and leaving more space in the backyards.  This property is 4.17 acres and is adjacent to Wilson Park, which include the Ferndale Dog Park.

Clarke explained that in his experience people preferred having an attached garage with entry into the home. However,

Planning Commission members oppose such a design.  “When you go into your house through the garage, you’re not interacting with your neighborhood,” said Planning Commission Chair Kate Baker.  The developers said moving the drain would cost over $100,000.

Original concept plans called for 30 homes, but to account for the drain the concept has been reduced to 25 homes. There are four home styles available to home-buyers:  The Richmond, The Concord, The Yorktown and The Charleston.  These offer varying home sizes and levels.

“For a lot of reasons I’m not happy with the Wilson spot,” said Councilperson Dan Martin who serves as the Council representative on the Planning Commission.  “We just approved a Master Plan that said we don’t want that kind of housing, so I’d like them to consider that before they bring back their plans.”

concerns.  Bob Jones, who lives on Allen Street, said the number of homes creates an area more dense than the blocks around it.  “It’s too much in too confined a space,” he said.

For Gardendale resident Janet Lawless, the idea of development at all is disturbing.  “I don’t see why we have to build, build, build,” she said.  “It’s okay to have parks and green space.” She said it seemed like the existing part would “feel more like a backyard for the new homes” than a park for the whole community.

City Planner Justin Lyons stated that these locations were not owned or sold by the City.  He added  “We don’t see it as losing park space because this is school property. We aren’t losing [city] park space.  But you may see more users for those parks and more interest in investing in those park areas.”

balance that works for Robertson Homes and the neighbors.”  She noted that while the home styles may not be what commissioners wanted, there were features of the developments that did fit with the Master Plan, including increasing density, increasing walkability, having homes in multiple price points through the city, improving alleys and traffic calming through design.

There were no votes taken Wednesday, only public discussion and feedback to the developers.  Once the plans are refined and satisfactory to the Planning Commission, they will be voted on by the Planning Commission.  Ferndale City Council will then need to vote on zoning to allow the development as well as potential Brownfield redevelopment financing.  Lyons said Robertson Homes would be seeking $2.4 billion in loans to help with the cost of removing the functionally obsolete buildings on the properties.

The developments would add to Ferndale’s housing stock which currently has 10,520 total housing units.  81% of homes in Ferndale are single family detached.  60% are owner-occupied. And 80% of homes are over 50 years old. 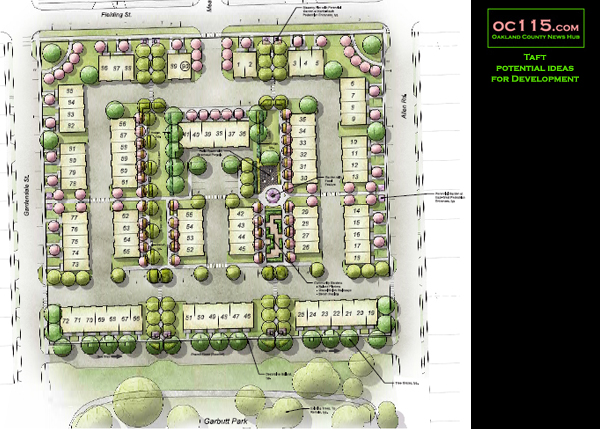 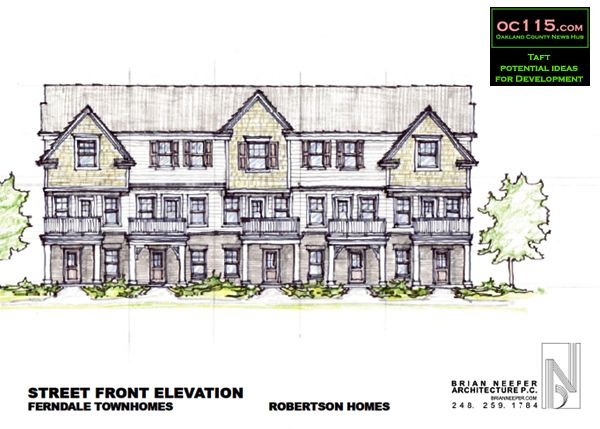 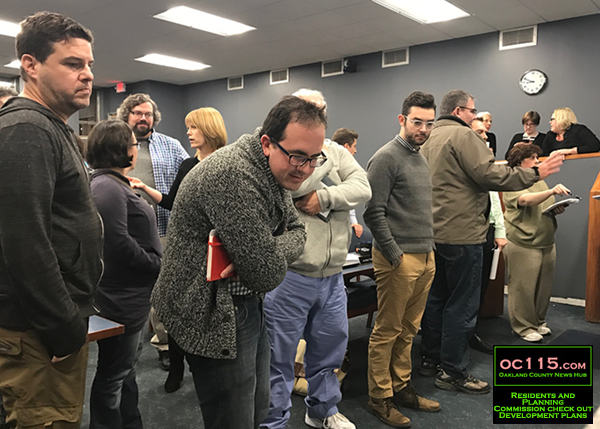 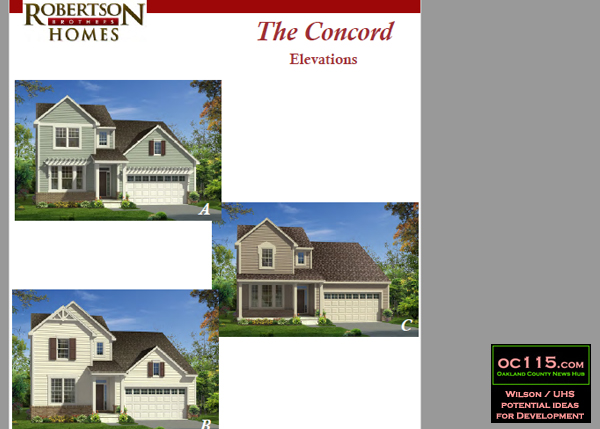 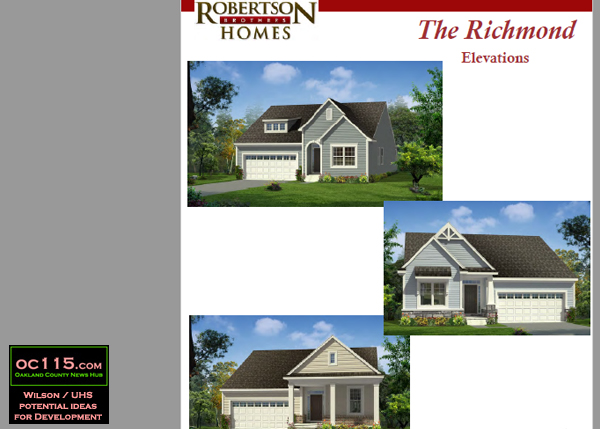 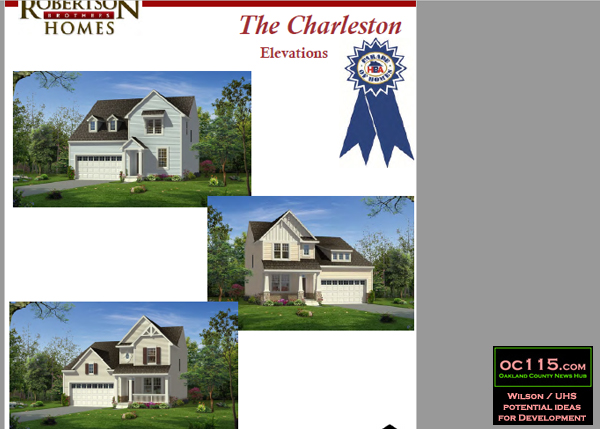 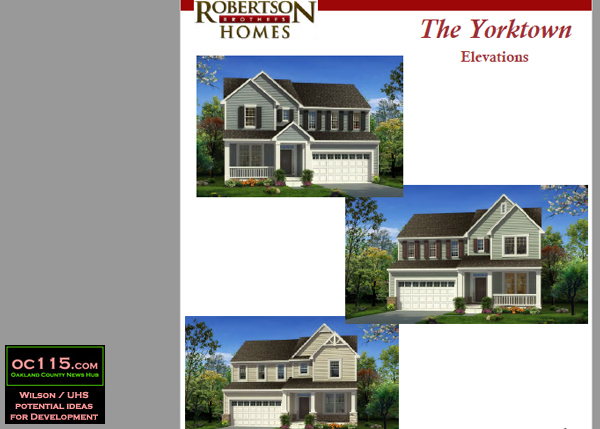 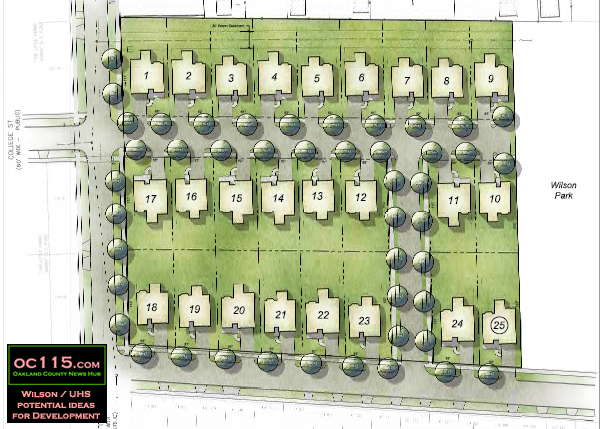