Moving Forward
(Crystal A. Proxmire, Dec. 30, 2016)
Pontiac, MI –  Pontiac City Council heard updates on the Village at Bloomfield development at their Dec. 28 council meeting.
Mayor Diedre Waterman, who serves as the Council’s representative on the JDC (Joint Development Committee) which also includes Leo Savoie of Bloomfield Township and Dennis Cowan who is an attorney from Bloomfield Hills, shared updates to the agreement that were approved Dec. 21.
The 87 acre property is located at Telegraph and Square Lake Road and there is a court-

ordered 425 agreement that allows tax revenue sharing between Bloomfield Township and Pontiac.
Previously a developer was building a mixed use community on the site, but stopped when they went into foreclosure.  Years of red tape and court matters followed, leaving half completed structures to sit in limbo on the land since 2008.
Development firm Redico bought the property about a year ago and has been working with the JDC to come up with plans for the property, which
Mayor Waterman explained changes that have been approved by the JDC.  She reported that the agreement with Redico includes a provision that the project bring local jobs for Pontiac residents.
“This does bring substantial benefit to Pontiac, including a whole section on workforce

development,” Mayor Waterman said.  “There are carve outs for contractors and job quotas… Plus this is not just promises that cannot be met – Redico will give payment back to the city if they don’t fulfill benchmarks in hiring – up to $2.1 million.”
Councilperson Kermit Williams said he was concerned that Mayor Waterman had voted on the agreement without first consulting council, stating that Bloomfield Township council had been given a chance to weigh in before the vote.
As the Mayor gave the updates, Councilperson Mark Holland told her “Stop taking credit for what the council did.”
Holland also inquired as to why the JDC did not include the funding of additional Sheriff’s deputies to account for increased traffic and potential increased crime to the area, as Council

has asked for.
Councilperson Williams added “11,000 people that’s on the property, you’re going to need to make sure people feel safe.”
Deputy County Executive Matt Gibbs has been part of the redevelopment discussions.  He told Council that part of the agreement is that if Sheriff Department services are needed they will cover the cost, but that funding additional police officers does not seem necessary based on similar developments in other communities.
Councilperson Holland said “I’m not trying to be a stickler, it just seems when they want the city to sacrifice, but our job is to protect the safety of residents and the taxpayers… People in the past didn’t put things in [agreements] and I’m gonna be a stickler.”

According to Bloomfield Township documents, “The Village at Bloomfield master plan shows a potential for 432 residential dwelling units…along with 510,522 sf of commercial uses comprised of a retail, restaurants, hotel or other commercial uses.” Plans call for a hotel with attached restaurant, a movie theater, offices, a grocery store and a Menard’s home improvement store.
The $180 million project is expected to break ground in the spring and be open to the public by the end of 2017.
Approval of the amendments to the development plan was given by the JDC on Dec. 21, so no further council action was necessary at the Dec. 28 meeting beyond hearing the update. 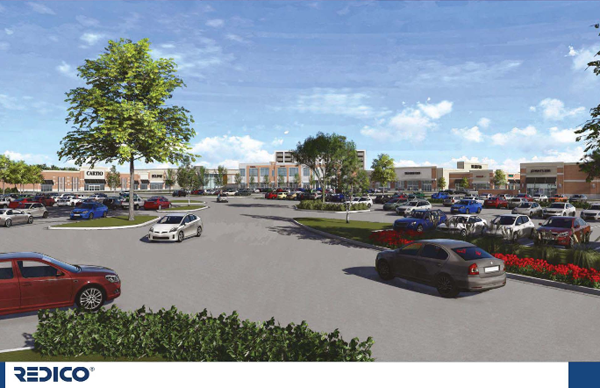 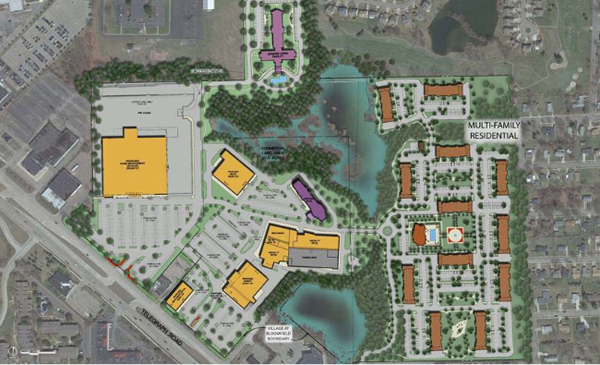 Nov 29 – Sales and Profits as a Destination Business Workshop in Downtown Pontiac
November 26, 2022