Challenges in Somerset Parking Garage Fires
(Troy Fire Dept, Dec. 19, 2016)
Troy, MI – At the height of holiday shopping on Saturday afternoon, December 17th, Station #3 was dispatched to a vehicle fire in Section 2H of the north parking deck. Upon arrival, Troy Police and Somerset Security confirmed one car was burning and threatening other vehicles nearby. Due to the location of the car on the second level of the parking deck, fire trucks cannot enter this level directly. Instead, the FD’s procedure is to connect to the parking deck’s standpipe system, whereby firefighters connect hoses from the pumper to the fire department

connection (FDC) and pump water to hose outlets throughout the parking deck. Firefighters ascend to the area of the fire and connect their hose line to the closest outlet to extinguish the fire.
Unbeknownst to the firefighters, however, the standpipe system had several leaks and therefore could not hold water pressure as required. This made extinguishing the fire extremely difficult due to little to no water pressure needed to extinguish the fire, and caused several thousand gallons of water to leak out in various locations throughout the parking deck. Firefighters were able to overcome this unusual and unexpected difficulty and extinguish the fire with only minor damage to one other nearby vehicle, all while maneuvering around traffic and shoppers in the parking deck.
Again, at the height of holiday shopping on Sunday afternoon, December 18th, Station #3 was dispatched to a vehicle fire in Section 2G of the north parking deck – in the same area as the previous fire. Upon arrival, Troy Police and Somerset Security were once again reporting a car

was burning and threatening other vehicles nearby. This car was less than 100 feet from where the other car had burned the day before. Knowing that the standpipe system was inoperative, firefighters used Ladder 3 as a standpipe, connecting it to a hydrant for water, and raising the aerial ladder to the second level where firefighters connected their hose line to the discharge outlet of the ladder, and stretched approximately 200 feet of hose to extinguish the remaining fire. In this case, Somerset Security officers and Troy Police officers used several fire extinguishers to contain the fire until firefighters could apply water – again while maneuvering around traffic and shoppers.
The cause of both vehicle fires is being investigated. In the first fire, the vehicle was parked and unoccupied. The fire appears to have started in the engine compartment. In the second fire, the driver was driving the vehicle when she observed smoke inside, coming from the back of the car. She immediately stopped and safely exited the vehicle. Damage was mainly to the

back seat and truck compartment. No injuries were reported as a result of the fires. Damage was confined to both vehicles, with only minor damage to one other vehicle at the first incident.
Firefighters overcame unusual difficulties and kept damage to a minimum. Somerset Security and Troy Police did an effective job at keeping traffic and pedestrians clear of both fires while firefighters worked. Somerset Collection was informed to have the standpipe system inspected, repaired, and tested as required. The Troy Fire Prevention Division will follow up to ensure the system is restored and functional as required. The parking deck is equipped with an automatic fire sprinkler system, but in both cases, the fires were not large enough to activate the system. 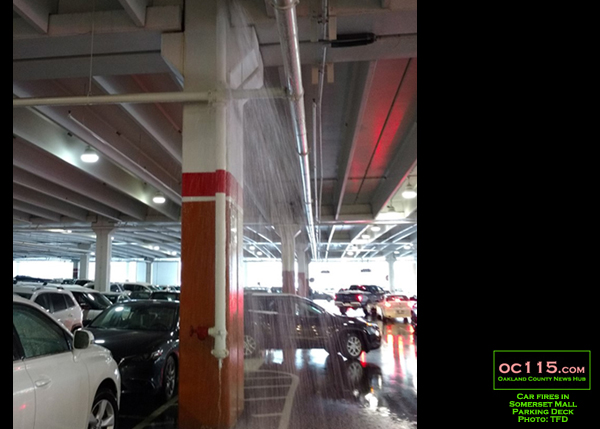 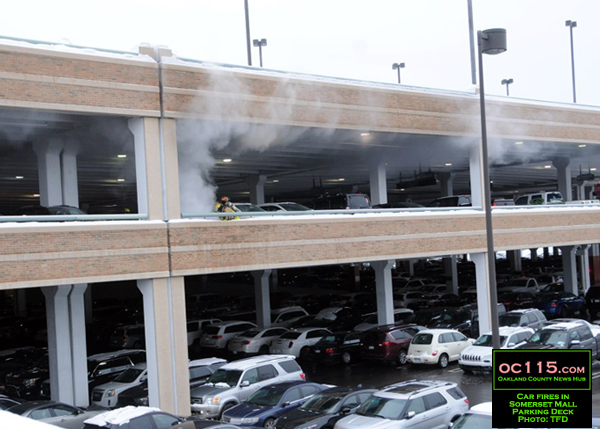 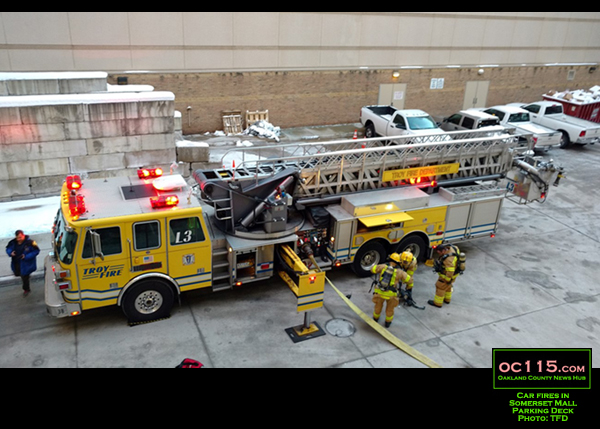 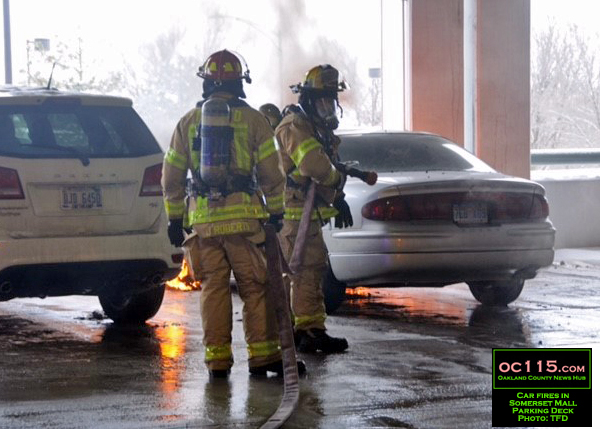 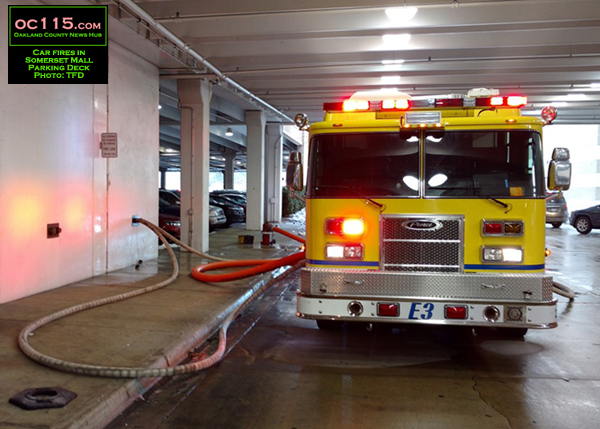 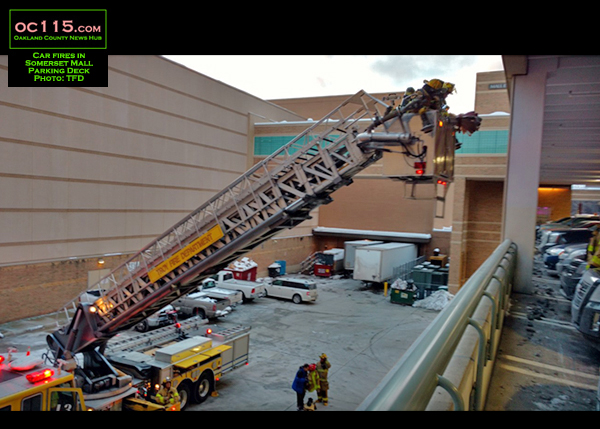