Reporter Food: Plenty to Share with Friends at Pop’s for Italian

Share with Friends at Pop’s for Italian
(Crystal A. Proxmire, April 1, 2016)
Ferndale, MI – Pop’s for Italian opened about two weeks ago with lots of good feedback online.  I attended the ribbon cutting when it happened, but did not get to stick around to eat.  It was great to finally get a chance to do so Thursday after attending an art reception at the local library. (Some of the pictures below are from the ribbon cutting, some from Thursday)
I went with three people at about 7:30pm and the wait was only about 10 minutes. Brain Kramer  also owns other restaurants including Rosie O’Grady’s, One-Eyed Betty’s, and Cantina

Diablo’s in Royal Oak.  Pop’s is in a uniquely designed space that has Pop’s in the front facing W. 9 Mile, and another restaurant in back facing the Withington parking lot called The Daily Dinette.  Details through the restaurant and the menu pay homage to Kramer’s Italian immigrant grandparents, including a Statue of Liberty and umbrellas on the ceiling that are reminiscent of their stay on Ellis Island as they waited to be admitted to the United States.  On the wall in the cut-through is a painting of his dogs.  (Read more here if you’d like.)
The heavy wooden tables have a rack in the middle, which my friends and I soon learned was where they put the big plates of food that is meant to be shared.  We started with an antipasti

tray that had meat, cheese, grilled squash and tomatoes, olives and fruit preserves.  One of Pop’s specialties is thin-sliced prosciutto, which is sliced on this giant red hand slicer in full view of guests. That was really good. The triangles of bread were perfectly done and the mix of items on the tray made for great nibbling over conversation.
I got a drink also, a very sweet tasting Amaretto Sour.  My friends had wine but I forgot to ask them what kind.  If you like wine though, Pop’s is an impressive place for it.  The storage system reaches to the ceiling in the middle of the room, and kegs of wine make for several nice by-the-glass options.
As far as the food, we each ordered our own items and then shared.  I had the gnocchi, which are soft dumplings with potato and sausage, in a creamy sauce. Very good.

Someone else ordered calamari, which came grilled like a steak and served with hot cherry pepper, aioli, capers, arugula and lemon. This was very good also.
Another companion had a huge portion of chicken Parmesan served atop a bed of spaghetti. I didn’t have any of this because I don’t like tomatoes, but the person who did said it was great.
The fourth person balanced out the table with a genuine Neapolitan Pizza topped with fried artichoke, capers, mozzarella and olive oil.  I love artichokes (because they are not squishy like tomatoes), so this was great.
It was a really nice family-style meal in a great atmosphere. Surely a welcome addition to the many great places to dine in the city of Ferndale.
Learn more at their website http://www.popsforitalian.com. 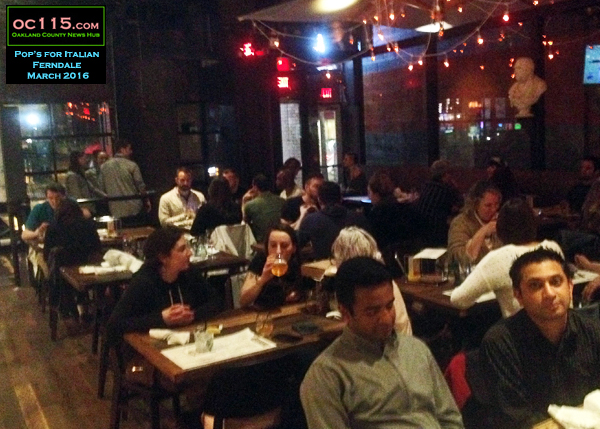 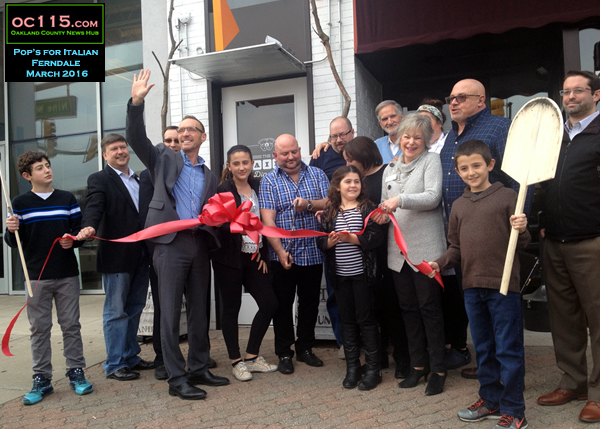 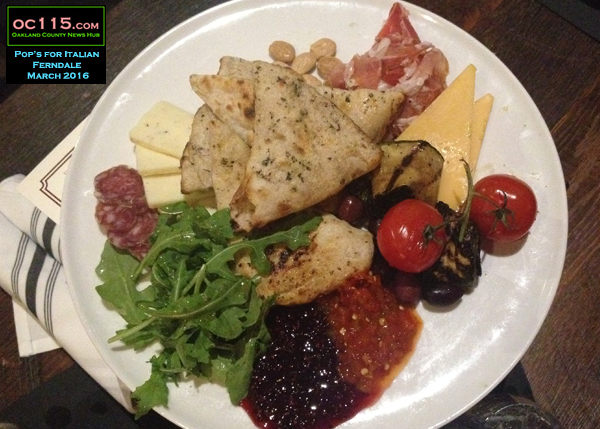 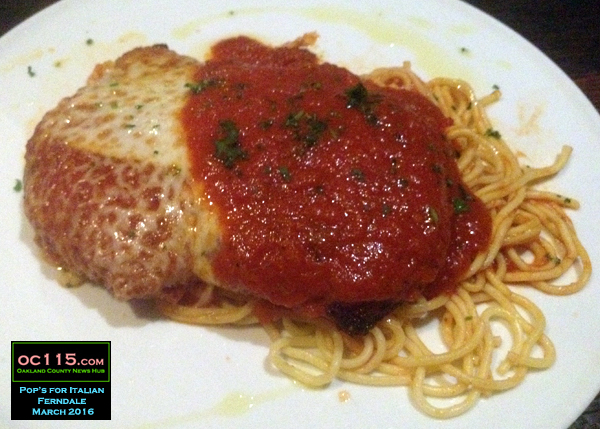 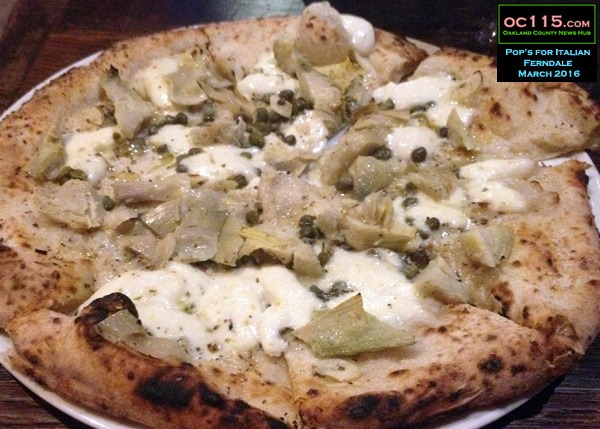 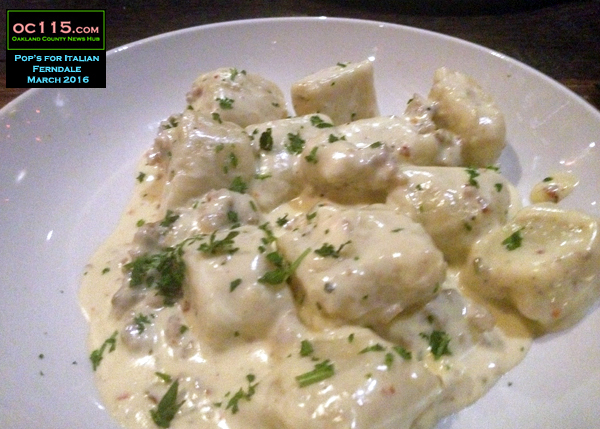 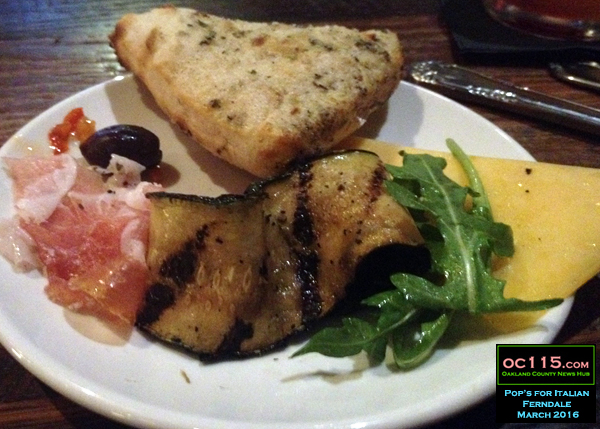 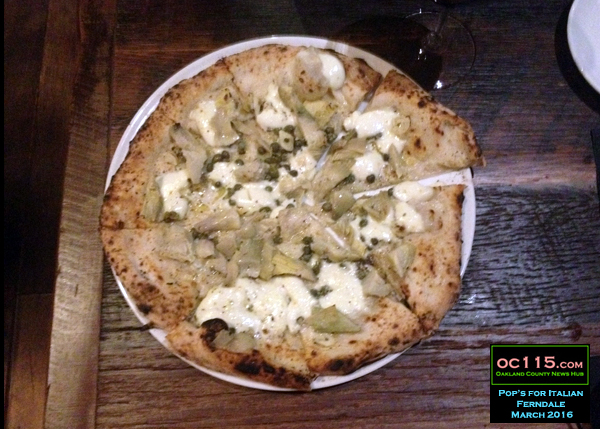 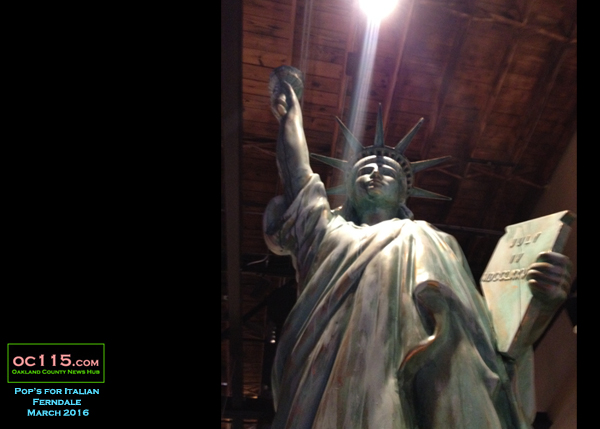 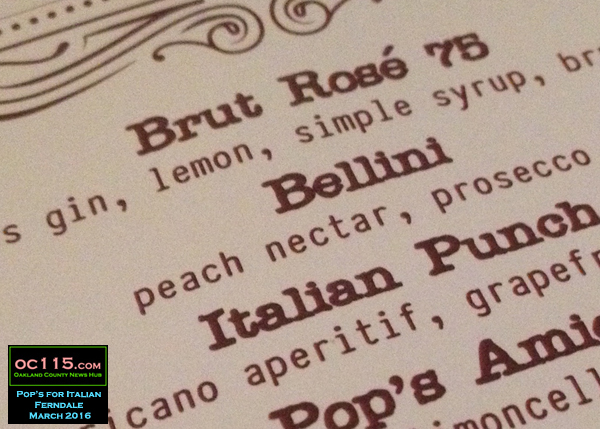 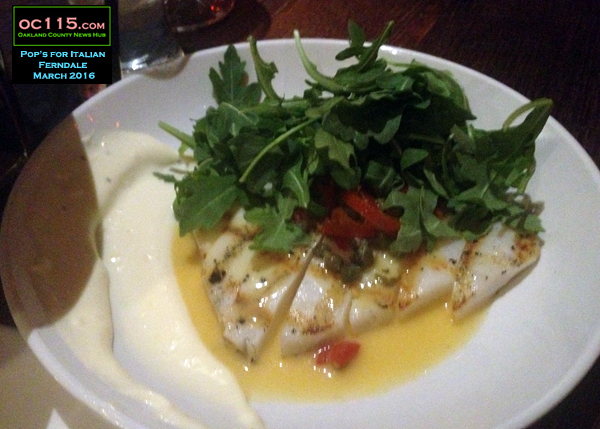 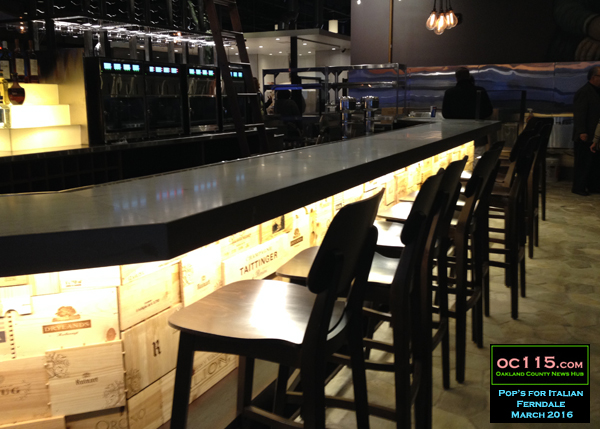 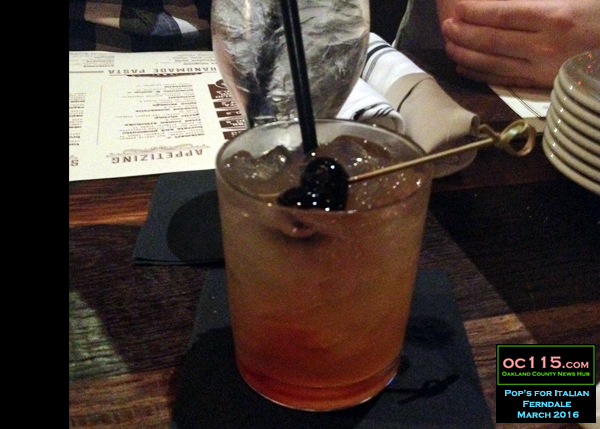 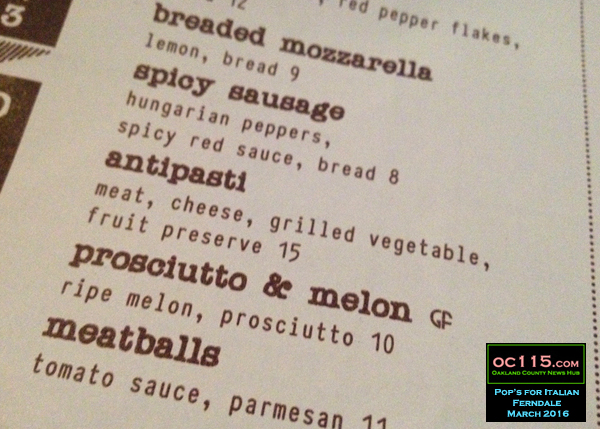 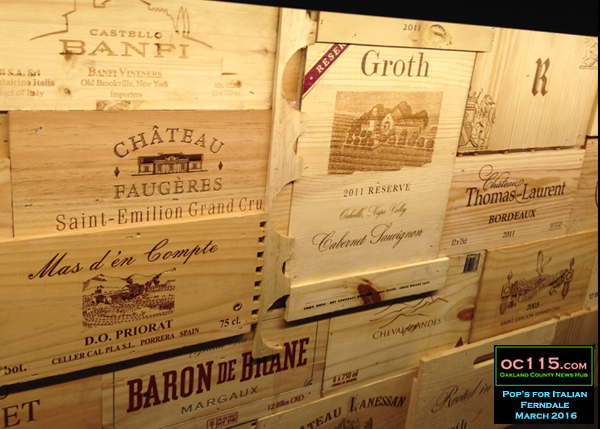 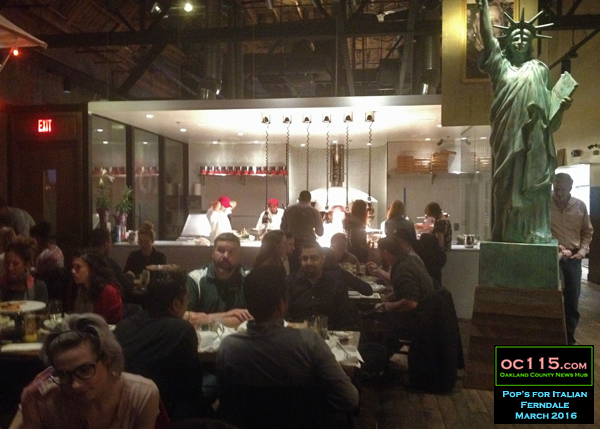 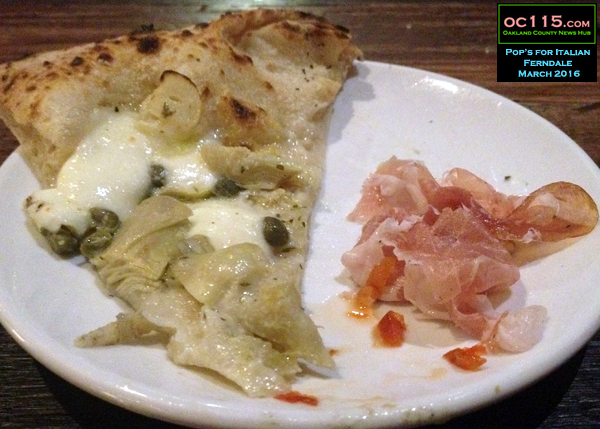