get Afternoon with Local Hero Public Safety Director Steve Cooper
(Crystal A. Proxmire, Aug. 13, 2015)
After a couple of good stories and some Q & A, the children sitting at the Oak Park Library watched a Superman-like transition happen before their eyes.  As quick as Clark Kent in a phone booth, Oak Park Public Safety Director Steve Cooper went from a Policeman to a Fireman.
Donning a thick suit with his name in reflective letters across the back, Cooper explained what makes him unique among other police chiefs in the area.
“In Oak Park we have what is called Public Safety,” Director Cooper said.  “That means we do both jobs.  We are police officers most of the time, but when there’s

a fire we grab our suits and change really quick to go fight the fire.”
The students were part of the summer reading program at the library, with a super hero theme.
Adeon Evans and his grandmother Claretta Wagner have been going to the program all summer.  “You learn a lot so you don’t get bored,” Evans said.
Wagner loves the program.  “This is so good for the kids,” she said.  “They get to be up close to things and ask questions.  It’s a chance to see the things they read about in books.  Like they had birds of prey, and they have them right up close.  At the zoo everything is far away or behind the glass.”  She also liked a hands-on science lab the library offered.  Another hero-day featured Mayor Marian

McClellan.
Cooper has been Director of Public Safety since May 2012 and has been with the Oak Park force since July 1990.
The children had plenty of questions for the friendly chief, mainly pertaining to his pistol and to if he ever has to chase people.  Cooper told the kids that guns are not toys and that police officers hope they never have to use them.
After questions Director Cooper read  book called Officer Buckle and Gloria, a story about a police officer and a silly dog who give important safety tips.  Then the children got a really big surprise  – the big yellow firetruck was parked right outside for them to go explore!
Experiences like this are part of what makes the summer reading program at the Oak Park Library great.  Check out the library for  more events at www.oakpark-mi.com/library/index.html. 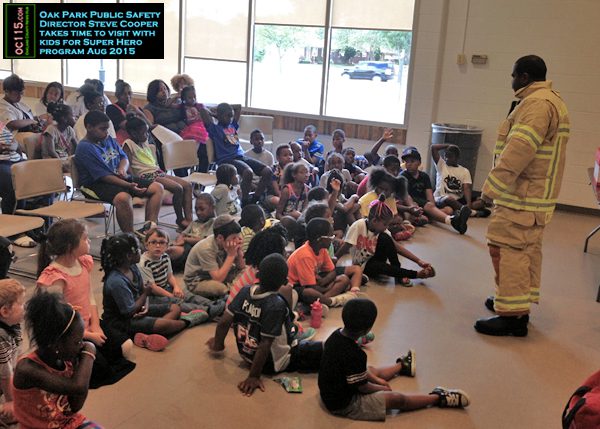 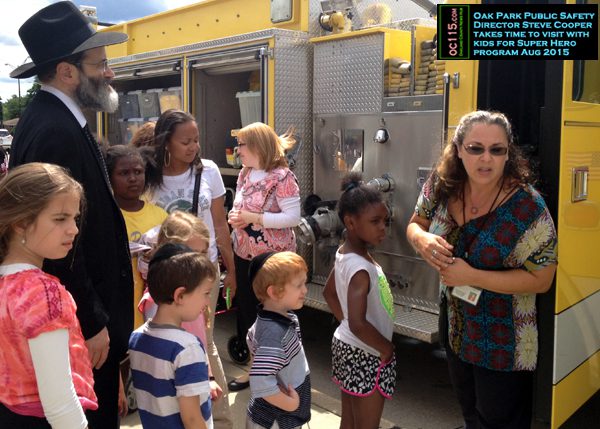 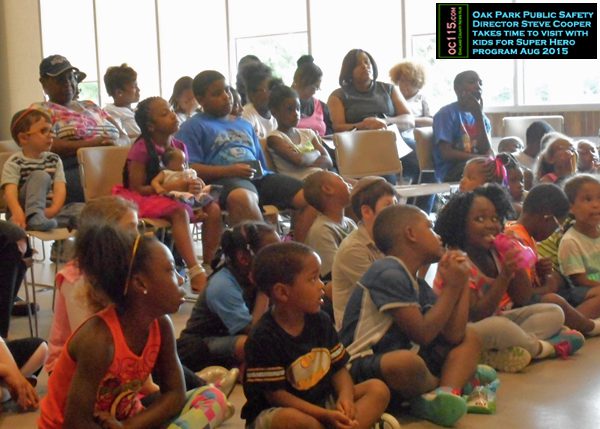 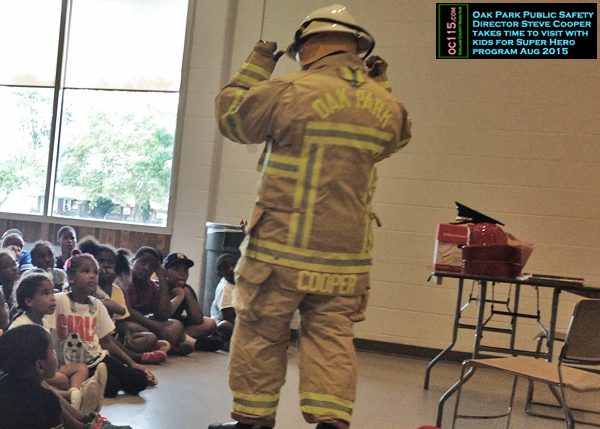 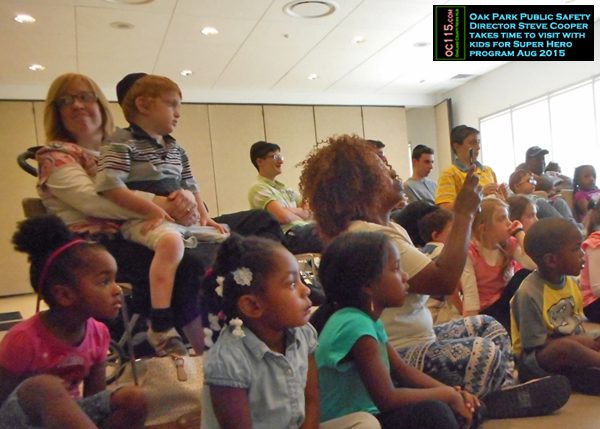 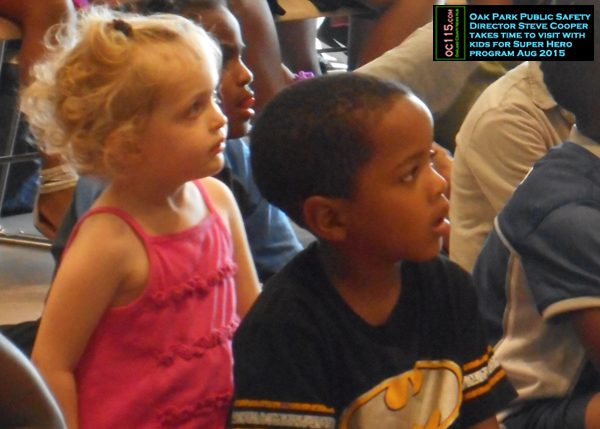 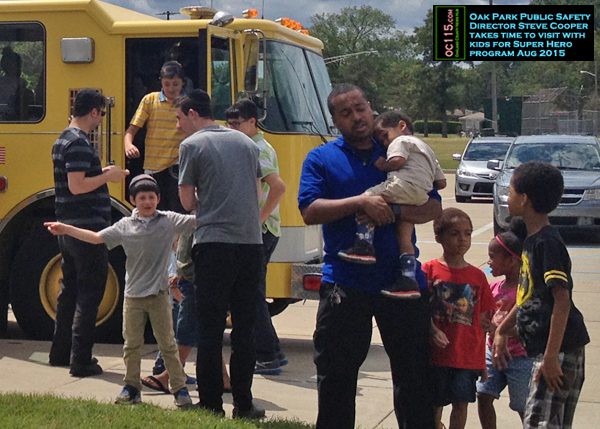 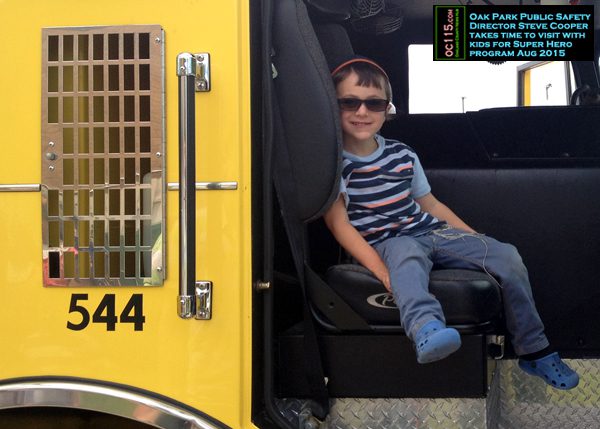 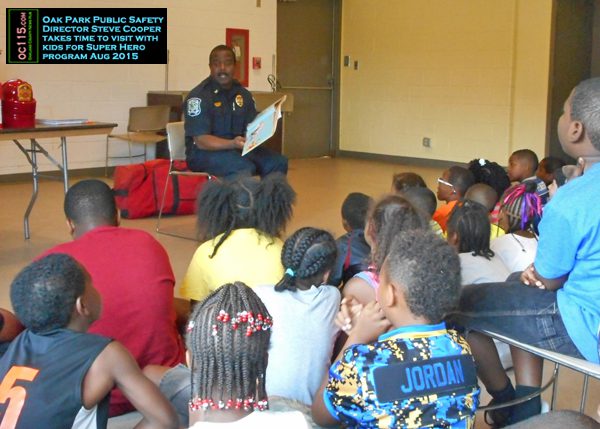