Discussions between The City of Ferndale and Canadian National Railroad (CN) have led to a couple of changes that residents are likely to notice. A public meeting was held Monday to talk about what residents can expect and how the compromises came about.
Among the changes are the establishment of a Quiet Zone, money set aside to create noise

barriers between the CN rail yard, and moving of the entrance from Fair Street to 8 Mile.
Quiet Zone
CN has agreed to apply for “Quiet Zone” status for Ferndale. Currently as trains pass through they are required to sound the horn at every crossing. In Ferndale there are four crossings close together. The wail of the train whistle does not appeal to all residents, and complaints on social media are common.
Quiet Zones are very rare, since the train whistle is a key part of maintaining safety at railroad crossings. However Ferndale does have lights and physical barriers through the city already. Once implemented, this will be the first Quiet Zone in Michigan.
CN Spokesperson Patrick Walker explained that a Quiet Zone does not ban the horn, but it excuses its absence. It means that CN can still sound the horn, it just would no longer be

required by Federal law to sound it.  The horn should only sound if it is necessary, for example if there are people too close to the tracks or if the engineer is worried about a car that may not be adhering to the other warnings.
“It doesn’t mean you won’t hear a horn ever again, but you won’t get a horn all the time,” Walker said. “When the horns stop people notice it right away but then when there is one people will call City Hall wondering why.”
Expansion
The negotiations with the City came about because CN has acquired some properties adjacent to theirs that help them expand to 8 Mile Road. Going from a 40 acre facility to a 52 acre facility will help them increase the number of shipping containers they can process.
As part of the agreement, there will be no further expansion West of Fair Street or East of the tracks beyond its current property. Parts of Fair and Fern Streets will be vacated by the City for

the expansion and that area will be used for employee parking.
“As the Michigan economy has recovered and the Metro Detroit Area has recovered this facility has seen more business and more growth,” Walker said. “This plan brings a more direct route to those facility off 8 Mile. In our discussions with Michigan Department of Transportation this will increase fluidity…. Keep trucks off the Ferndale streets.”
New Entrance, Improved Workflow, Less Wait
The new entrance is expected to be on 8 Mile near Fair. All access points are under review by Michigan Department of Transportation.
Not only will this free local streets from truck traffic, it will give CN the room it needs to make operations go more smoothly, the spokesperson said.

“When we started this discussion the thing that came up was block crossing,” Walker said. “We made some changes and we think it’s been dramatically improved. There are some days where a yard is plugged up and you can’t get in, and you can’t get out, and that can cause some issues. But we’ve taken a look and we’re crossing whenever we can at the south end. This project will help. If we can have more efficiencies we’ll be able to load and unload faster.”
Walker explained that there are no requirements for trains in terms of how long they can block a crossing

, but that CN takes seriously their need to work with the communities they are in.
Resident Questions and Concerns
Residents and business owners came Monday to share questions and concerns about the agreement. Some were concerned about noise, with one neighbor asking if CN could find a way to stack the metal containers more gently so the noise would not shake her home. Another was concerned with rats.

Another resident said that 8 Mile was already “an extremely frustrating intersection” and expressed hope that the entrance and exit would be designed well. City of Ferndale Economic Development Director Derek Delacourt explained that MDOT is responsible for 8 Mile and for

approving the design plans.
Someone else questioned how long CN would hold to their agreement. City Attorney Dan Christ said “Absent some type of future agreement or amendment by the parties, this is in perpetuity.”
Responses from the audience varied from “I don’t trust them. You’re very self-serving and then you turn around and wreak havoc on our neighborhood,” to people thanking the representatives for including them in the process and working with the city.
“I appreciate CN coming to the city when we know they did not have to. Thank you for coming… It’s not going to go away, but this is a step in the right direction,” one resident said. 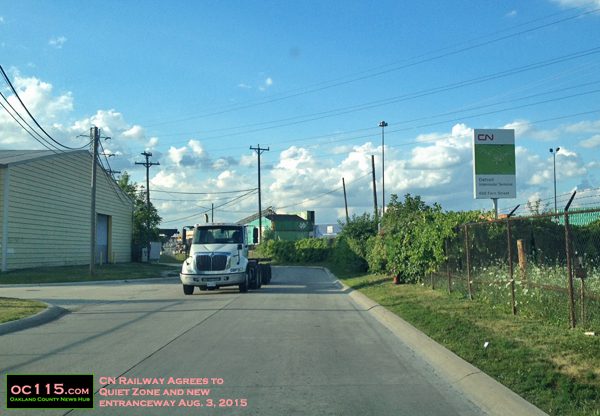 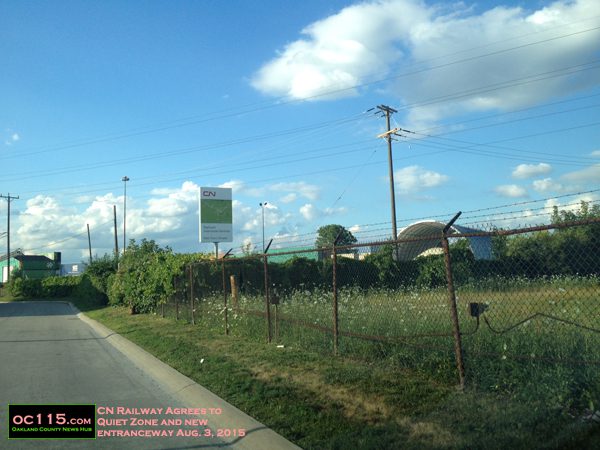 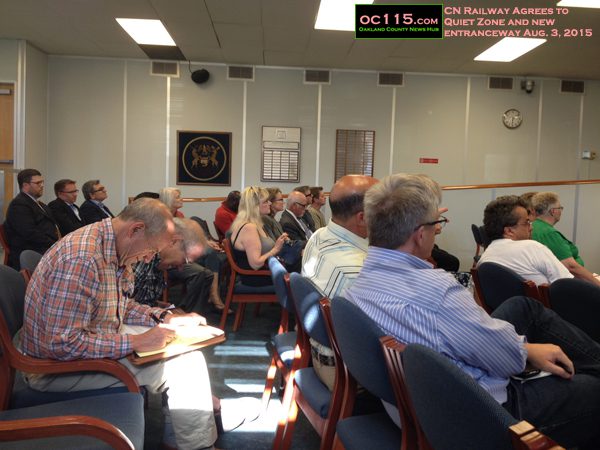 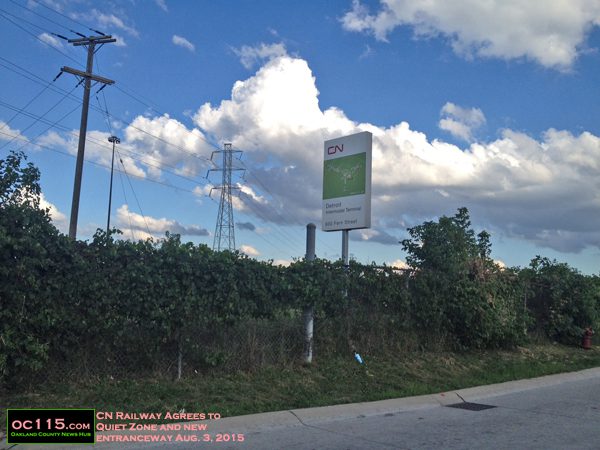 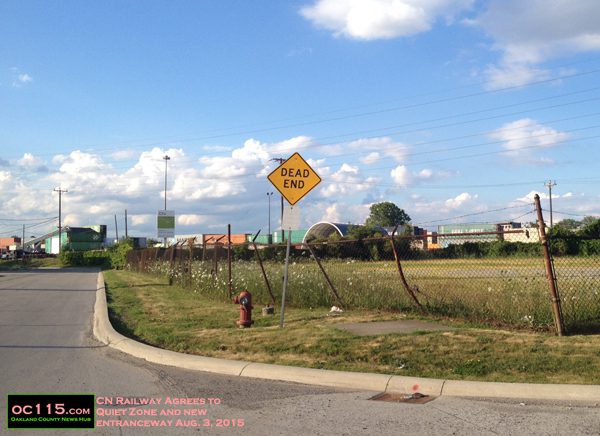 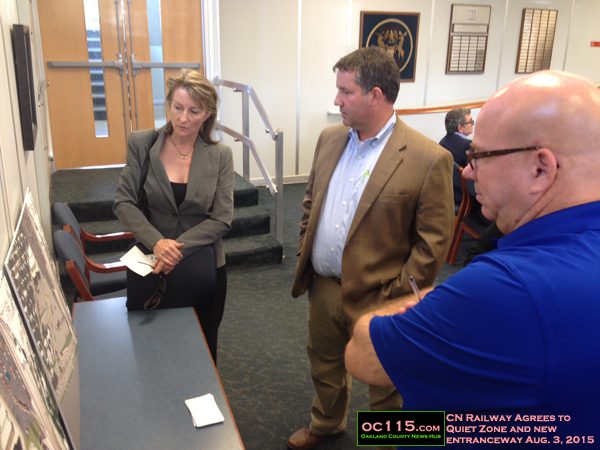 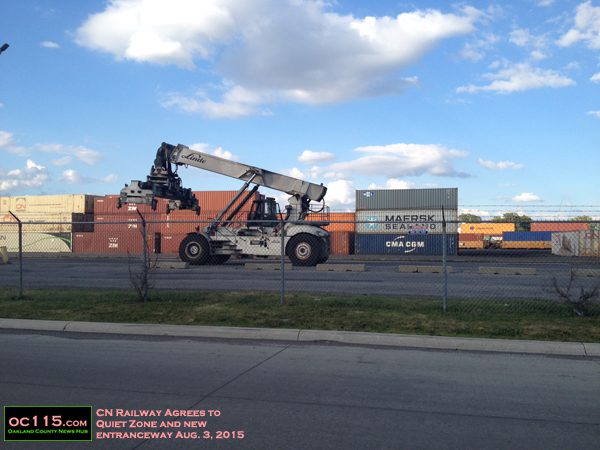