We run off the hot dogs, ice cream and elephant ears we plan to eat later at the celebration in the park following the parade,” Mayor McClellan said. After the run was the annual Youth Assistance Pancake Breakfast.
And then there was the Independence Day Parade. McClellan was joined in the parade by someone she believes was the only girl with red, white and blue sparkled eye lashes.
Nine year old Anaya had been dreaming of riding in the parade with the Mayor for months. They rode in a yellow Corvette thanks to the owner of Northland Chrysler Plymouth. “I asked my husband if I could have it for my birthday but he didn’t want to have to sell the house,” she said. Anaya is the niece of Council Member Carolyn Burns.
Other children took part in the parade as well, with “Baby Quik” showing off her pink

Minnie-Mouse motorcycle style bike (with the training wheels still on it).
“Everyone loved the parade with three bands, Uncle Sam on stilts, unicycle troop, a precision team, a motorcycle group. Elected officials included Congresswoman Brenda Lawrence, State Representative Robert Wittenberg, County Commissioner Helaine Zack and members of the Oak Park City Council,” Mayor McClellan said.
It was the first parade ever for Carrie Burgan’s son two-and-a half-year-old son Winfield.  “So many kudos to the City and volunteers for a great Independence Day celebration,” she said.  “I got all misty standing at Oak Park Blvd. and Coolidge from the sheer joy in the community. Also

it was my son’s first-ever parade, which he liked very much.”  She loved the way the little one pointed and tried to name the things he saw.  “Da dwumz! Da carz!”
After the parade, Shepherd Park was filled with community spirit. There was entertainment, high school band performances, pony rides, petting farm, assorted bouncy toys, games, and booths. People enjoyed the pool, the playgrounds, picnic areas, and basketball courts. Resident Shay Lewis sang her heart out “Oh say can you see, by the dawn’s early light…”
“The weather this year was perfect – sunny, blue skies, temperatures in the high 70s. This year Shepherd Park was in its glory – paths edged, trees trimmed, grass cut, gardens mulched – it was the best the park has looked in an age. All the Independence Day activities combine to make this a highlight of the year for residents. It’s my favorite day in Oak Park,” said the Mayor. 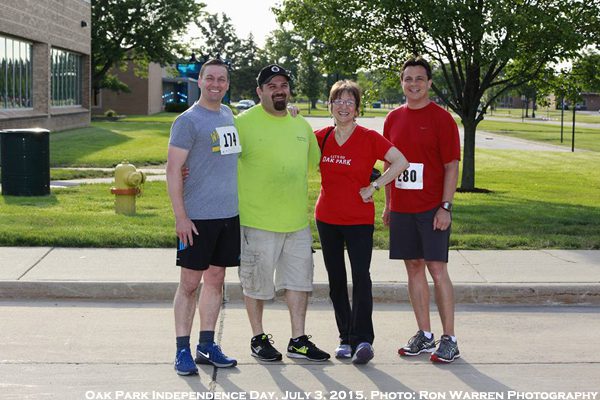 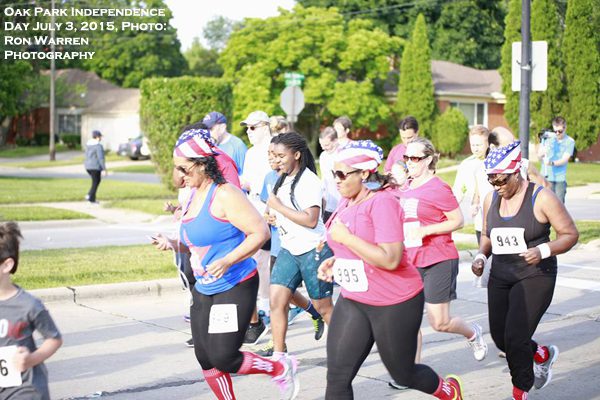 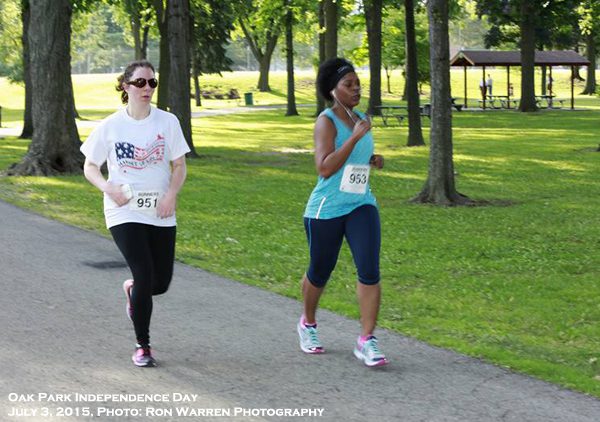 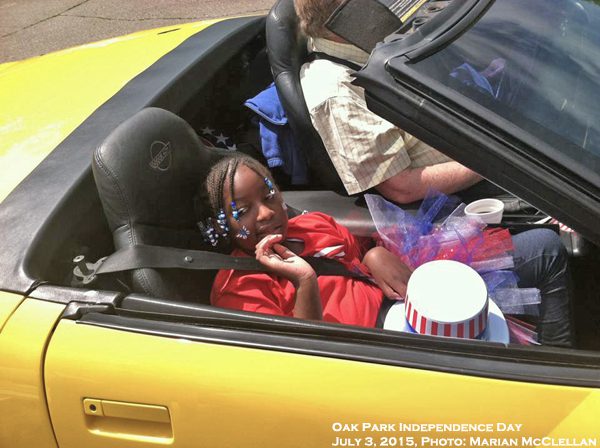 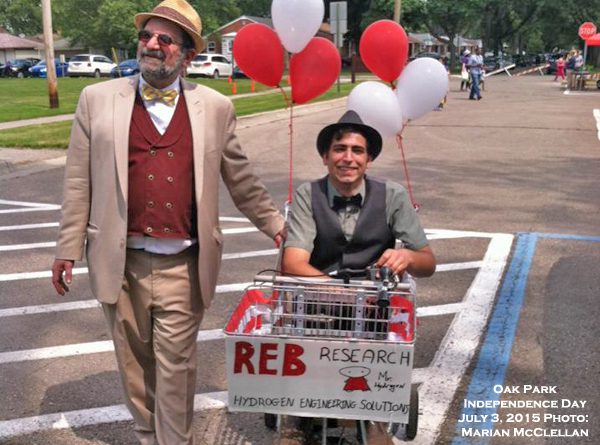 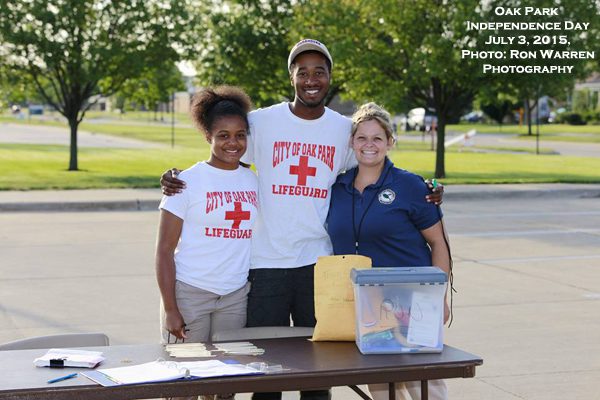 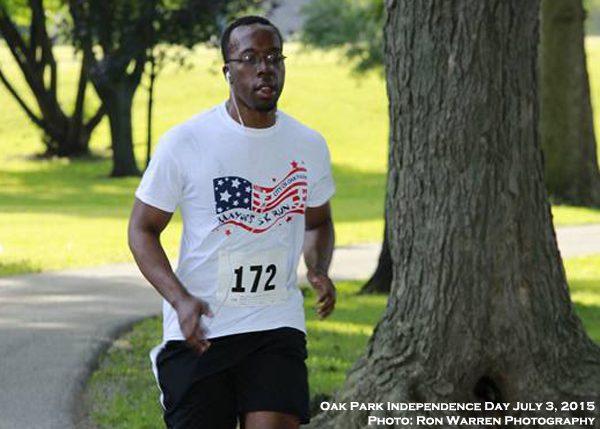 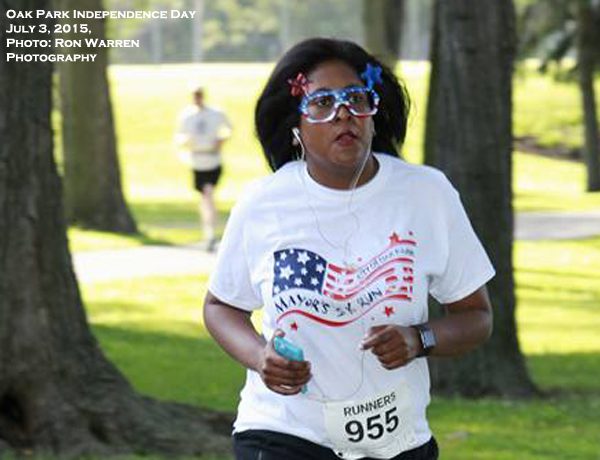 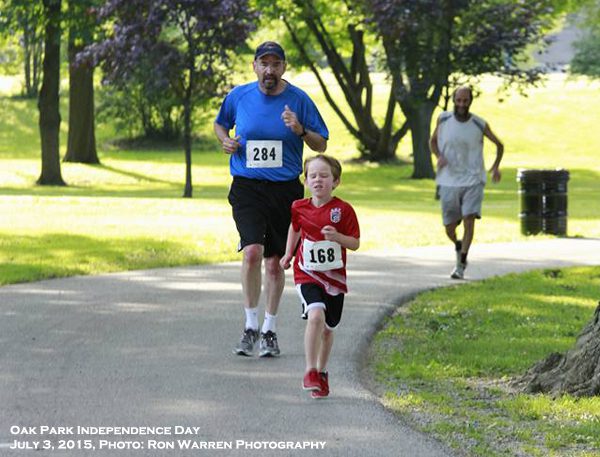 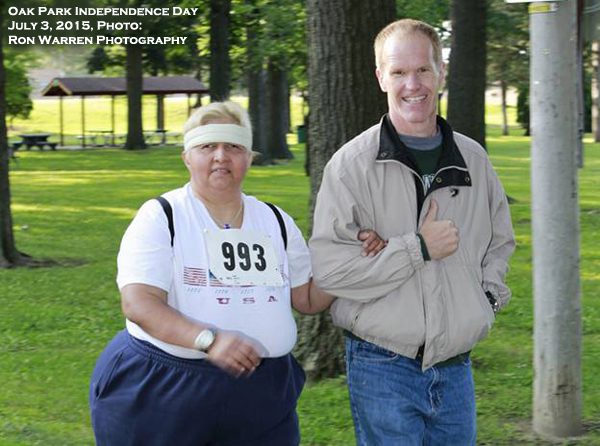 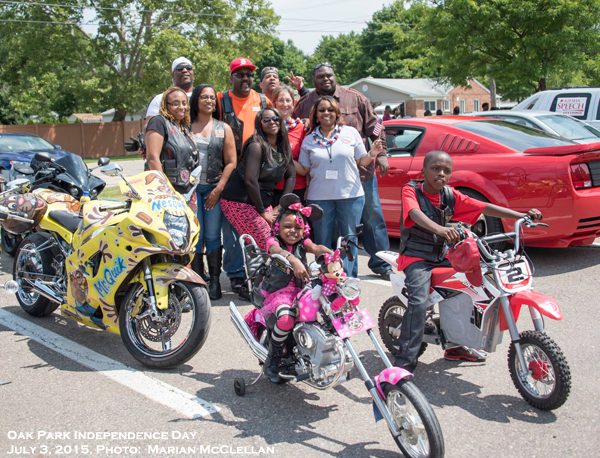 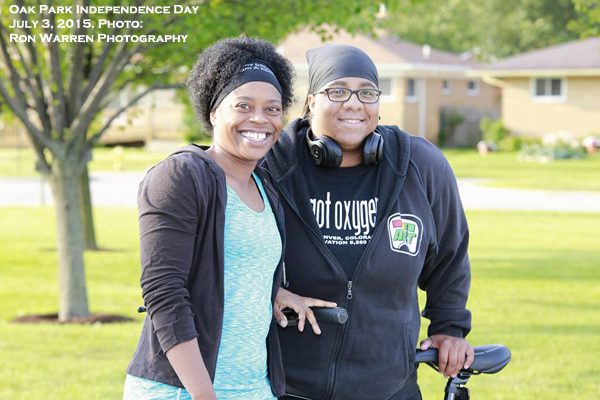 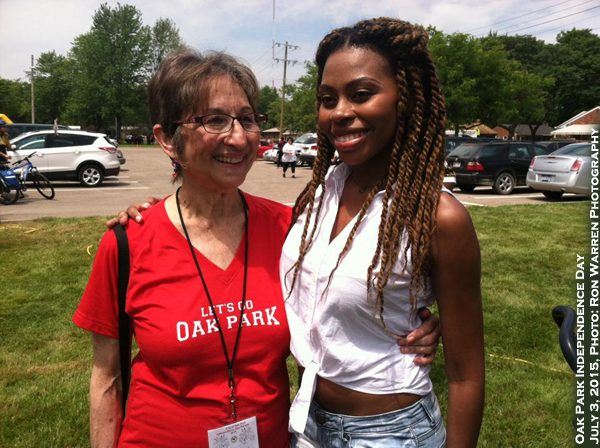 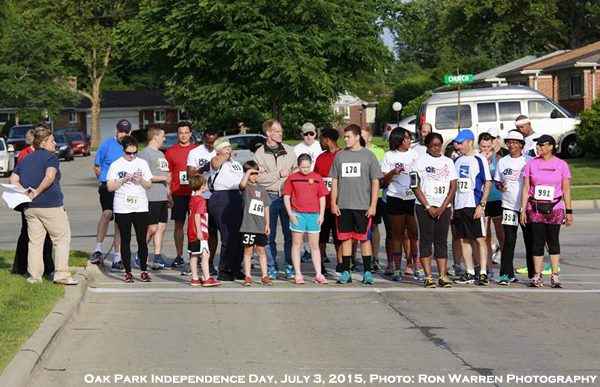