Band has Grand Debut
(Crystal A. Proxmire and Sam Gurwin, Urban Gadfly, June 24, 2015)
Let’s start a band.
The idea grew from something once thrown around casually between the busy adults with musical talent that crossed paths around town, to the full-fledged Ferndale Community Concert Band

that debuted Tuesday night.
The Ferndale Arts and Cultural Commission took the dream and made it a reality after doing a survey to see if there would be an interest, and if people would want a concert band or a symphony. Sharon Chess and Timothy Brennan then took the reins and made it into a distinct nonprofit, and a force of musical expression made up of 64 members.
“The first time they played together, I cried three times. It was so beautiful. It was like they were all meant to play together,” Chess said. Chess herself is not a musician, but she’s been an avid listener of classical music ever since she was young. Her mother was a concert pianist. “While other kids were listening to rock music, I was listening to Bach, Beethoven and Tchaikovsky.

”
Among the members are band teachers, military band members, Ferndale High School Alumni from recent to as far back as the 1970s, people who play professionally and some with less experience but just as much heart. They practice together once a week at Ferndale High School.
Conductor Edward Quick pulls everyone together with grace. Quick is a music instructor and part of New Horizons Band in Detroit. “He’s so accomplished and so amazing. We’re so lucky to have him,” Chess said.
With a lovely mix of mainly brass and wind instruments, the Sounds of Summer concert featured a

medley of Sound of Music tunes and marches. Afterwards praise was sung on social media.  “Blown away from tonight’s performance. Bravo to all!” Francine Hachem wrote on the event’s Facebook page.
“Thoroughly enjoyable and very professional! Can’t wait for the next one,” said Kathi Manteuffel Seidl online.
Jeffrey Jones also praised the performance.  “A wonderful group.  Sounds like you’ve been playing together for years.  Can’t wait for next year,” he wrote.
Participants use their own instruments and each chip in toward expenses for the group. Buying

music rights is the biggest expense, with songs costing anywhere from $40-$200 Chess said. The group recently also got a grant from The Ferndale Community Foundation to help with start-up costs.  There is more information on the Ferndale Community Concert Band at www.FCconcertBand.org, including how to donate.
Many more art and culture themed events are taking place through the summer. For all the event listings go to http://oaklandcounty115.com/events/
Thank you to Sam Gurwin of Urban Gadfly for photographing the show.  Check out Urban Gadfly at https://www.facebook.com/urbangadfly.
Want a daily list of headlines? Sign up at https://feedburner.google.com/fb/a/mailverify?uri=Oakland_County_115_News. 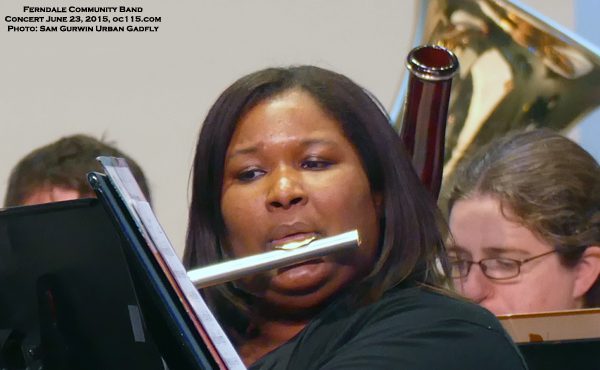 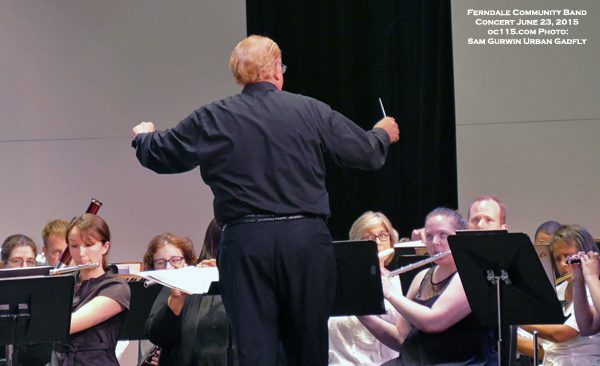 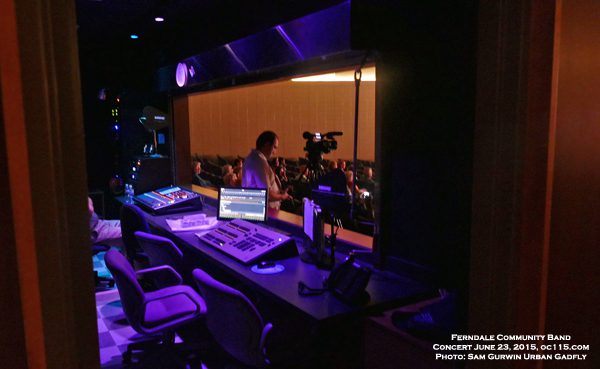 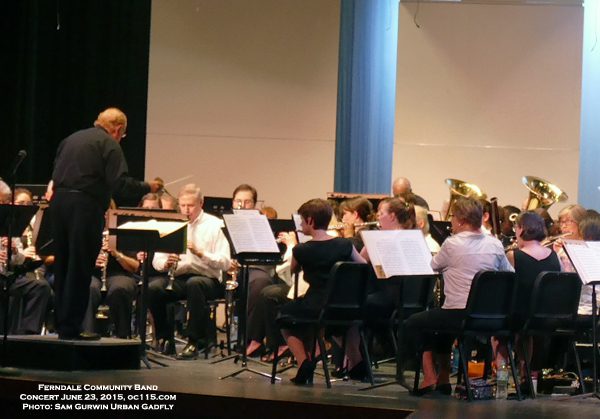 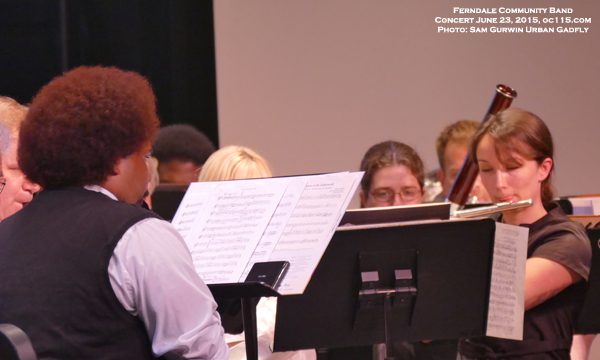 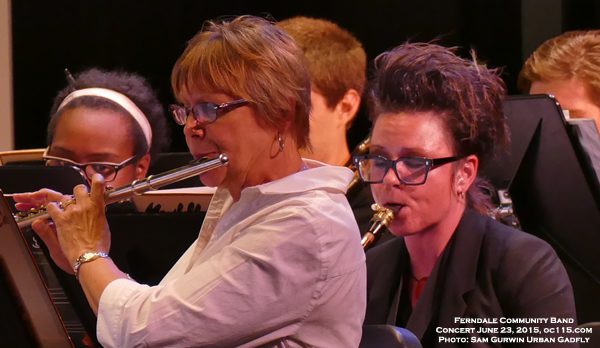 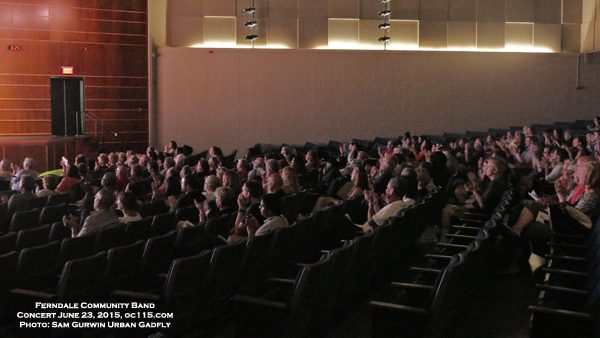 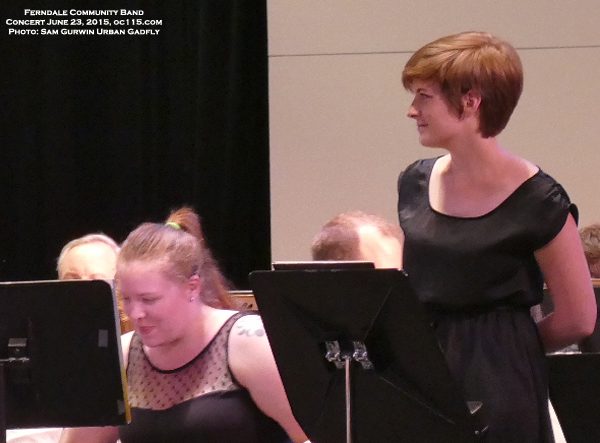 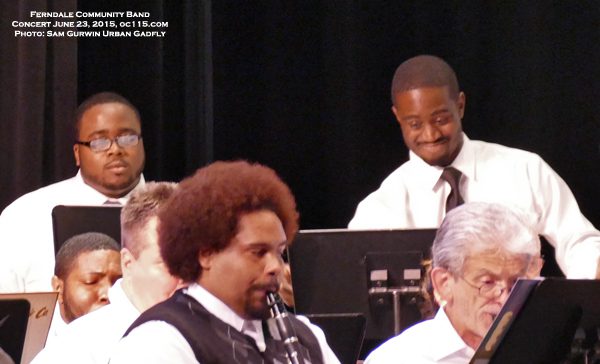 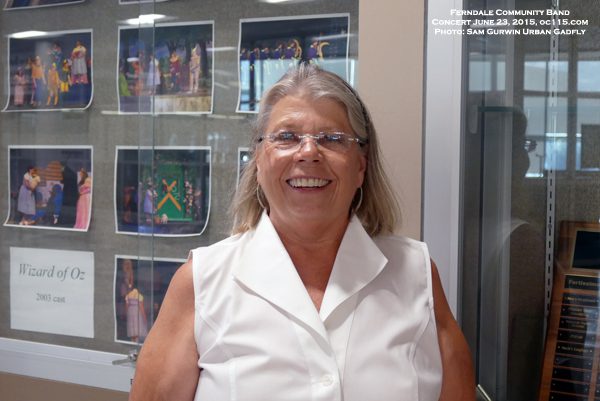 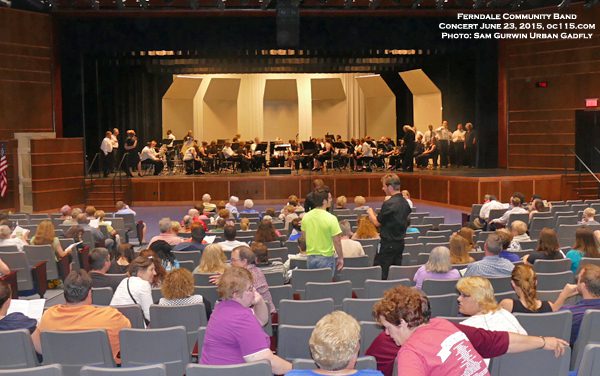 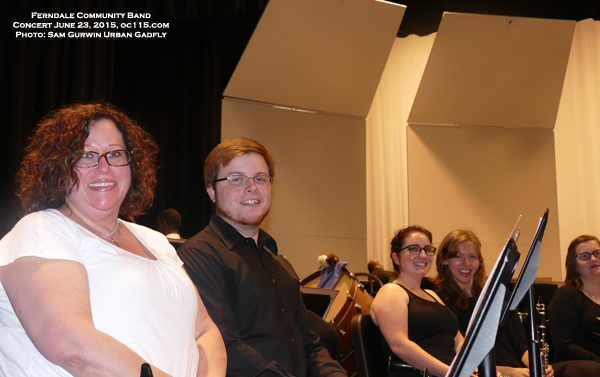 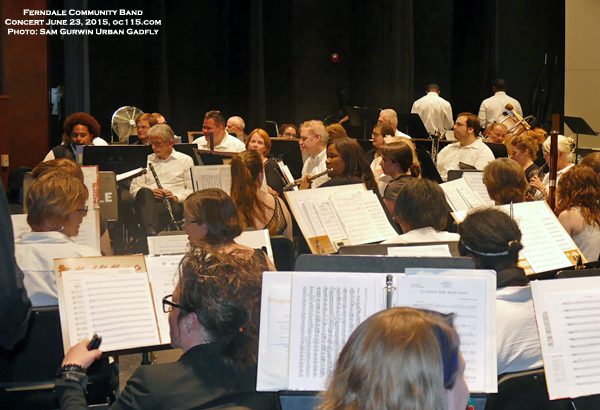 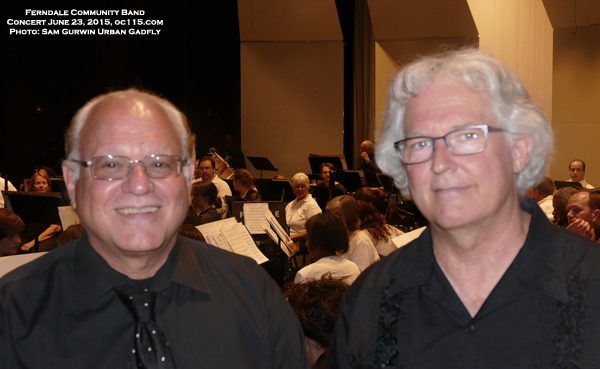 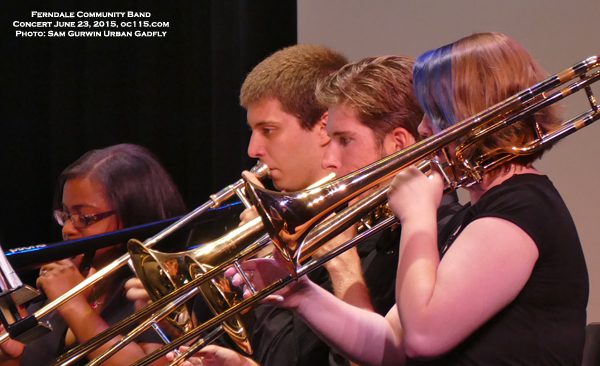 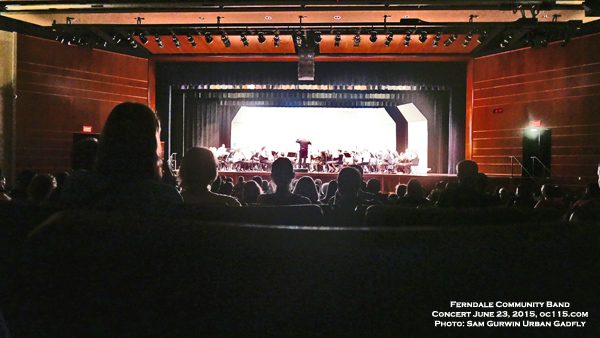 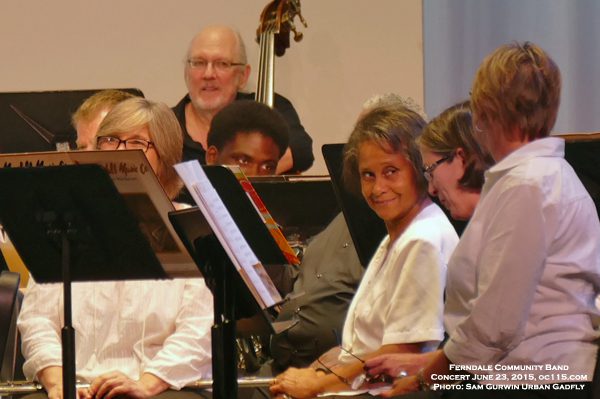 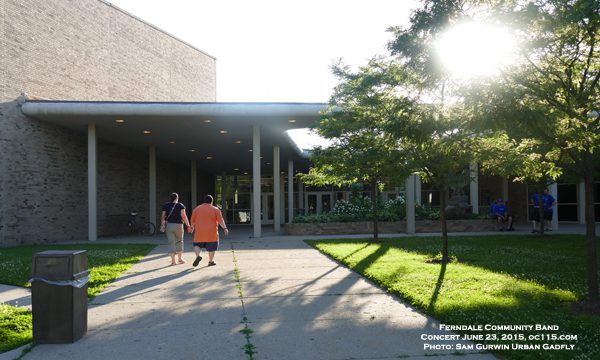 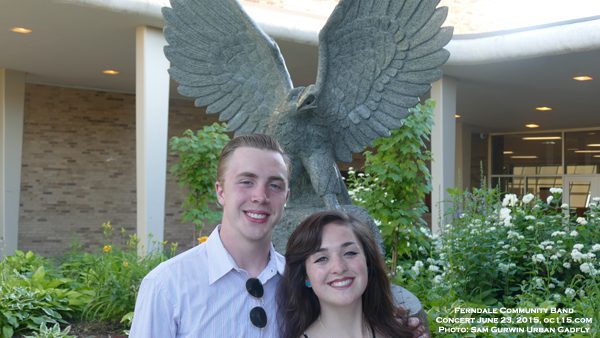 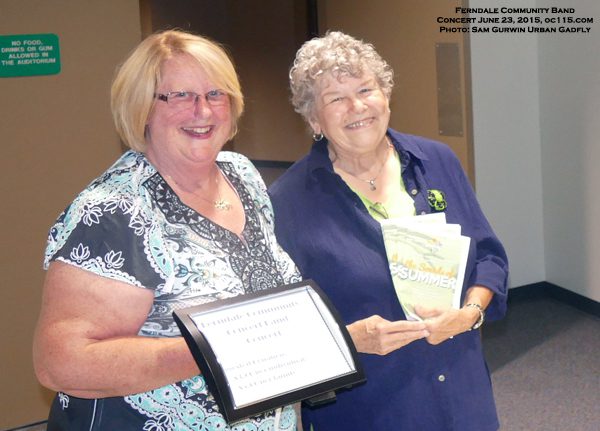 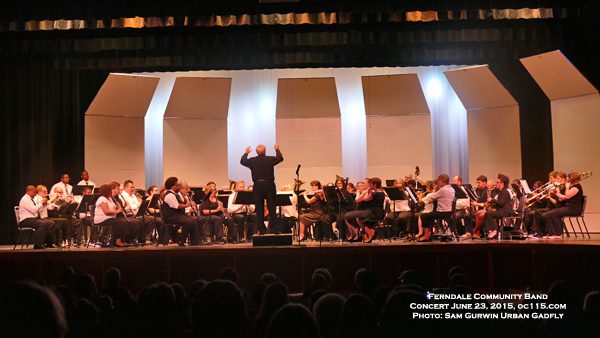