From about 700-1000 feet in the air, Michigan State Police Trooper Nate McGuire is able to provide helicopter support to the troopers on the ground in a variety of situations. “We mostly use it to search for people – kids that have wandered off or dementia patients. Sometimes lost hunters. We get calls for those things I’d say on a weekly basis,” McGuire said.
The State Police have two helicopters with one more on the way. In addition to finding lost people, the choppers assist in looking for runaway criminal suspects, observing vehicle chases

from the air, getting aerial photos of accident or crime scenes, gaining perspective on fire scenes, doing routine flights over “secured cities,” and of course impressing little kids (and adults) at events like the open house held at the Oak Park Post on Saturday.
Curious members of the public climbed in and out of one of the department’s helicopters. They also got to check out police cars, a SWAT armored vehicle, a rescue boat, a bomb response team trailer, a couple of motorcycles and the inside of the lockout part of the station.
There was also face-painting, cupcakes, popcorn, free gun locks and the chance for police and the public to connect.
McGuire enjoyed talking about the helicopter and all the features. For example, with the FLIR camera system, he can look for a buried body by looking for disturbed earth and a human shape.

“If we’re flying over the woods we can see the animals. Like oh there’s a deer, and here’s a rabbit. Or let’s say we’re tracking a certain kind of car and it pulls into a lot where there are others of the same car. We can tell which it is because their engine will be the hottest. And if a person is hiding in a car we can see them.”
Of the two helicopters, one is generally in Lansing and one is generally patrolling Saginaw, Bay City and Flint. The new helicopter will be stored in Plymouth and will serve the Greater Detroit Area, though of course any of the helicopters can go where they are needed. The Secure Cities program was set up in 2012 by Governor Rick Snyder to have more of a Michigan State Police presence in cities where crime per capita is high, including Flint, Saginaw, Detroit and Pontiac. The helicopter patrol is part of that program.
Another oft over-looked part of the State Police is their motorcycle patrol. Trooper Fahad Qureshi patrols the freeways on one of 24 motorcycles owned by the department. There are 16

motorcycles in the Detroit area, 4 in Grand Rapids (Rockford), 2 in Lansing and 2 in Jackson.
“We do a 3 ½ week training in Lansing,” Qureshi told a curious family. “You have to learn to trust your training and trust your motorcycle. You have to be stable on gravel, and get used to breaking at high speeds.”
He said that when weather is uncooperative he and the other motorcycle troopers do take regular police vehicles.
Whether it’s by air, by water or by hitting the pavement, the Michigan State Police are ready to go where they are needed. And they are ready with equipment and specialists needed to get the job done.
“We’re just here to supplement what the guys on the ground need. We give them something extra they can’t have without us, but we can’t even do the job without them,” McGuire said.
Learn more about the Michigan State Police Oak Park Post, which is official Metro Post No. 21, at http://www.michigan.gov/msp/0,4643,7-123-59471_59475—,00.html. 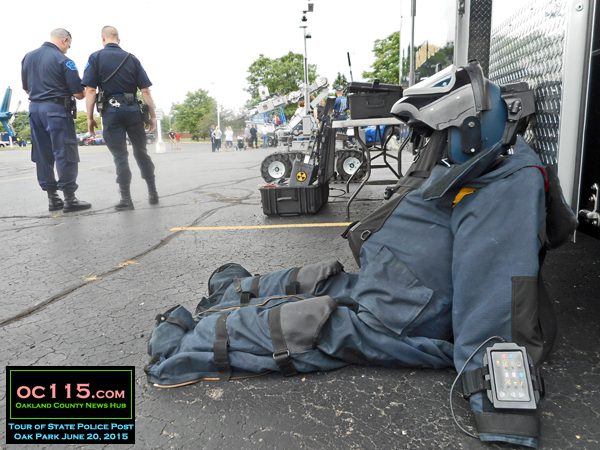 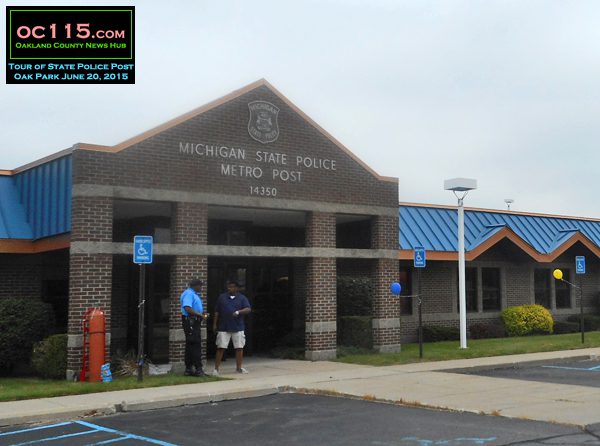 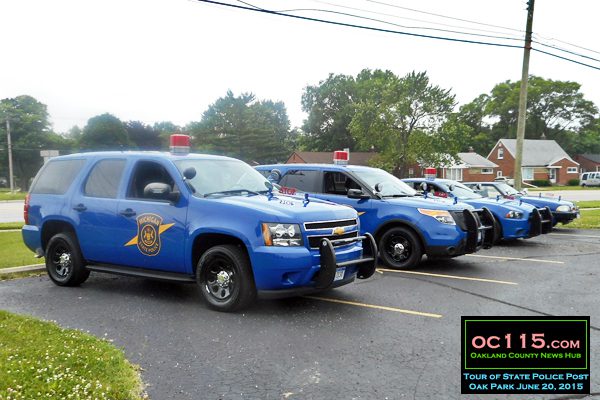 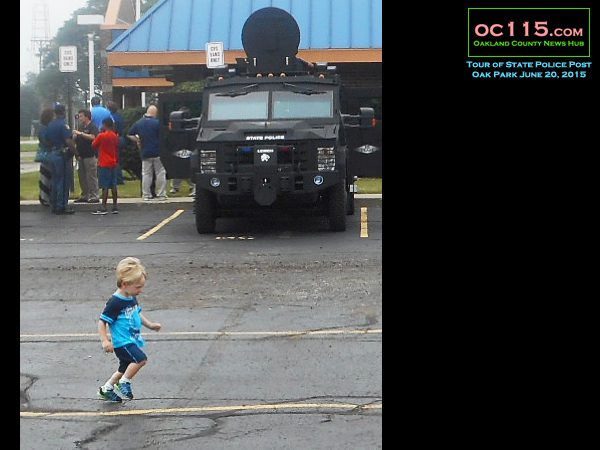 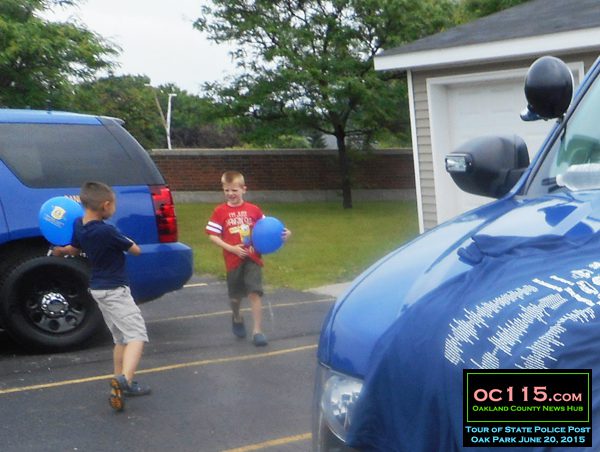 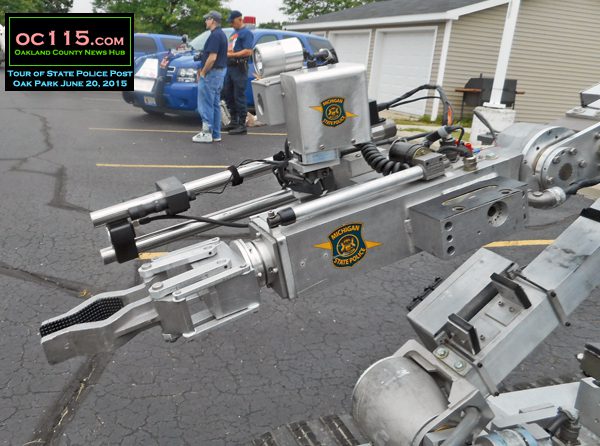 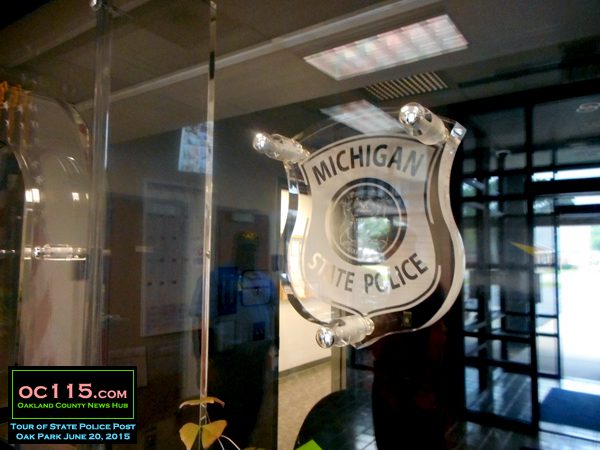 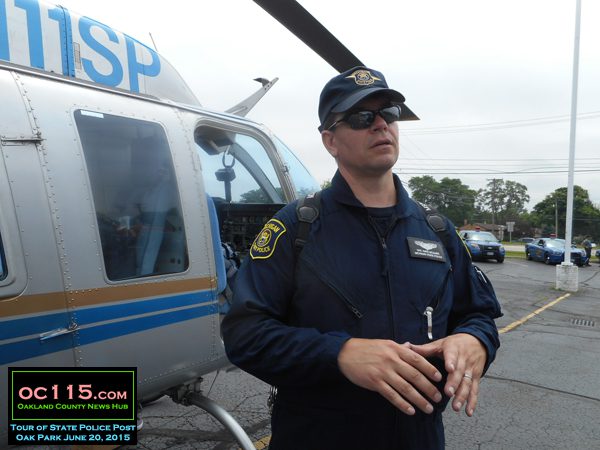 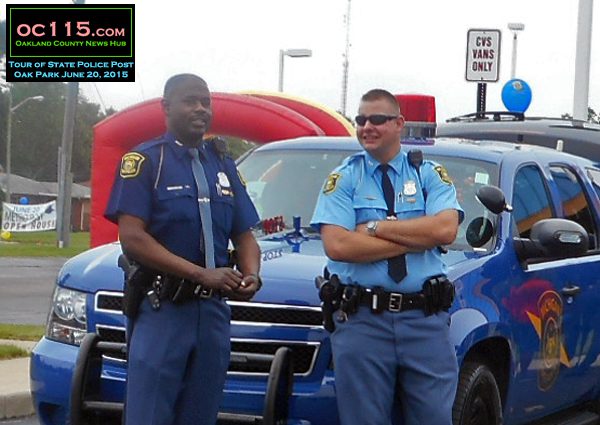 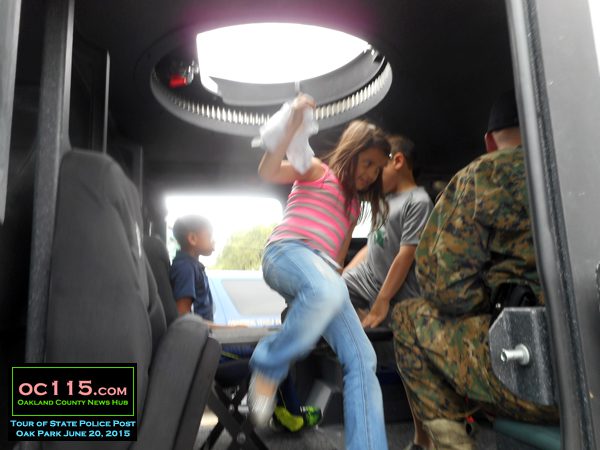 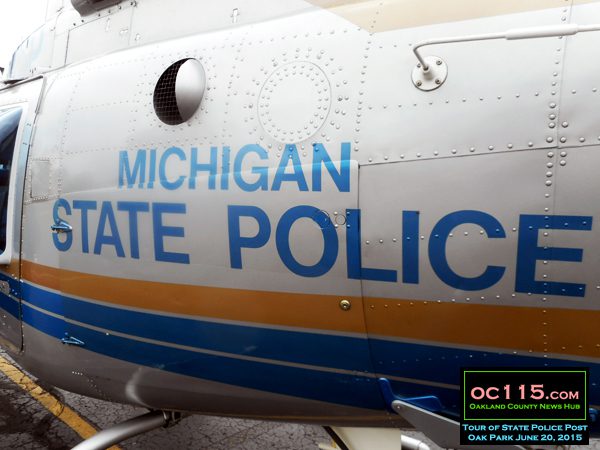 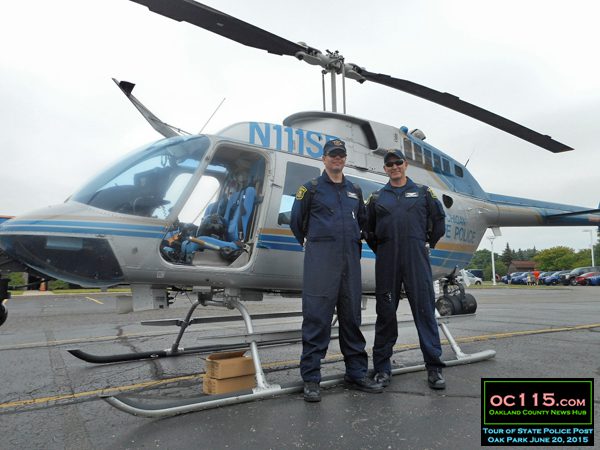 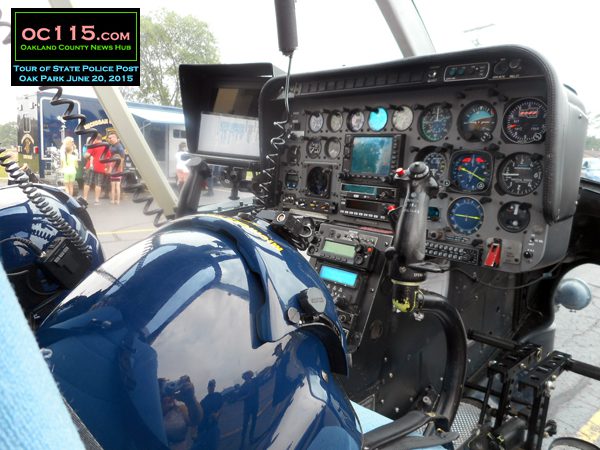 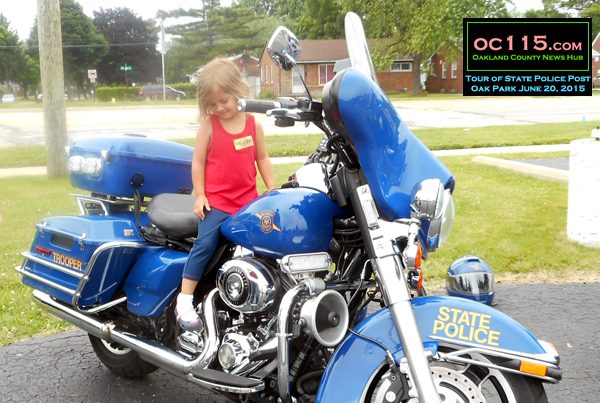 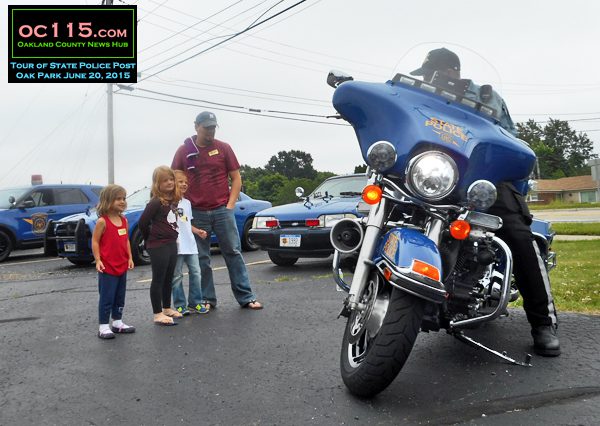 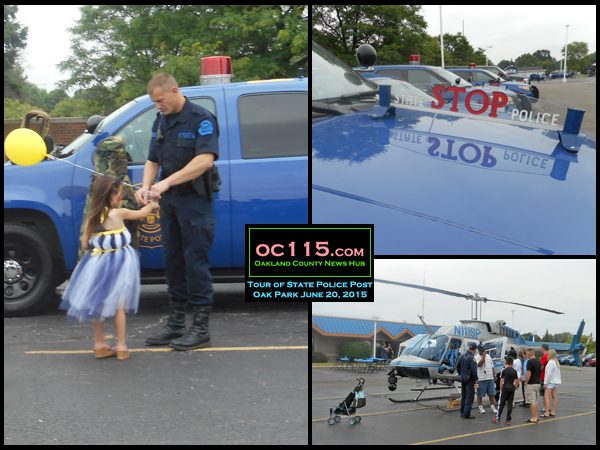 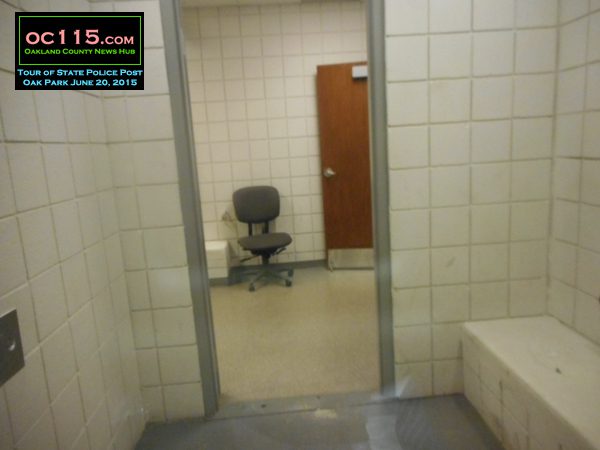 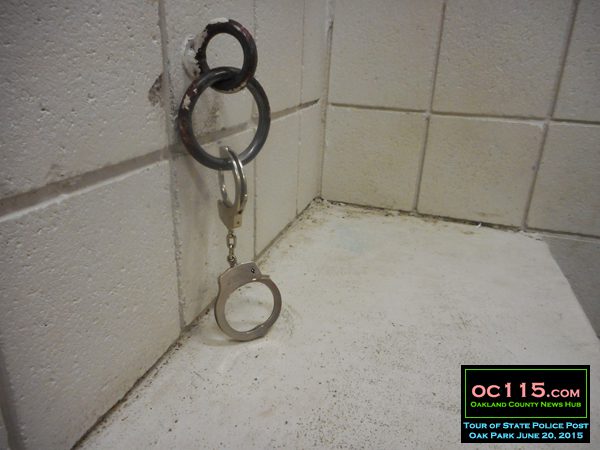 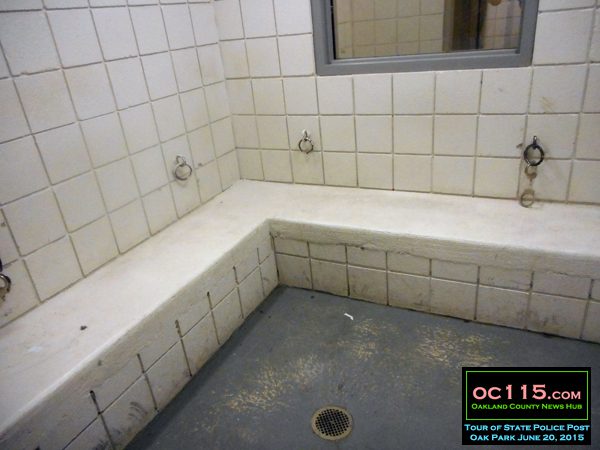 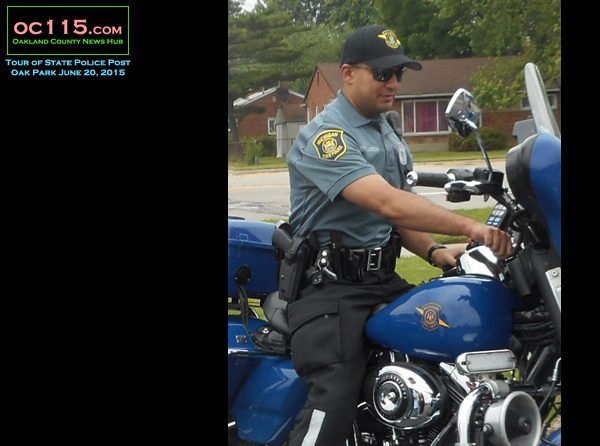 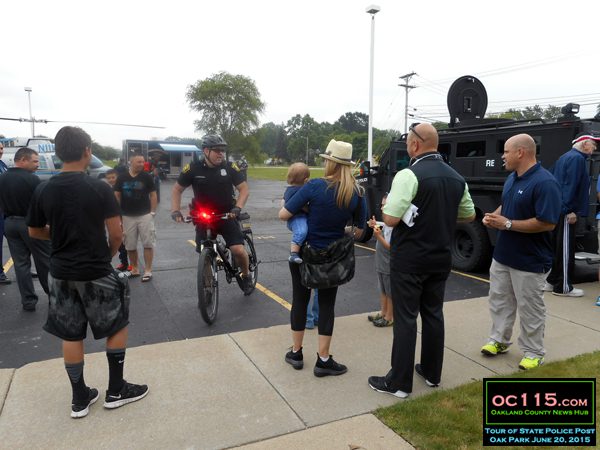 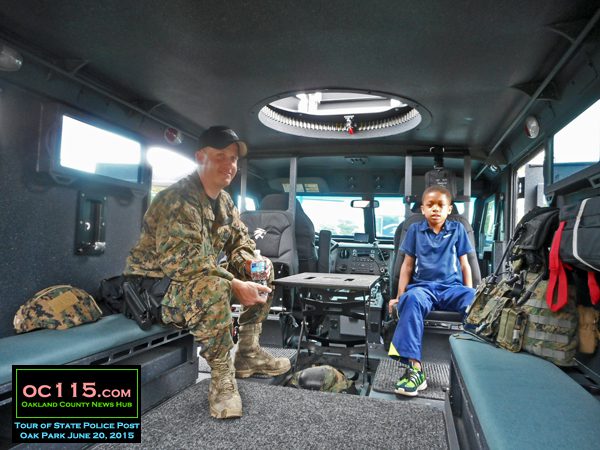