Drinks and Networking Pair Well at B. Nektar and Chamber After Five Event

Well at B. Nektar and Chamber After Five Event
(Crystal A. Proxmire, May 22, 2015)
Celebrating the successes of local businesses and creating new opportunities is what the Ferndale Area Chamber of Commerce is all about, and the Business After Five events are a perfect example. Thursday evening about 20 Chamber members met at B. Nektar’s new tap room at 1511 Jarvis to sample custom-crafted mead and cider while getting to know each other better.
The event also helped give B. Nektar co-owner Brad Dahlhofer a reason to put the finishing

touches on the taproom, which he moved to the new building just last week. “I wanted to do something with the Chamber and this seemed like a good way to test out the new taproom before Mead Fest. Plus it gave me a deadline for having the space ready. Knowing I had to be done by this time, this date, helped.
“Moving into this space is a big milestone for us,” Dahlhofer said. “We’ve been part of the Chamber for years. They’ve been extremely helpful.”
The facility is an old warehouse that now hosts some of their production as well as the public taproom area. With beer-barrel seats, gritty industrial features, a projection screen playing random funny clips, and large windows that rattle a bit when semi-trucks pass by B. Nektar provides an atmosphere where people can relax after work.

Which is exactly the appeal for the Chamber After 5 event.
“Chamber After 5 attracts a somewhat different crowd than our morning coffees,” said Ferndale Area Chamber President and Royal Services owner Jay McMillan. “Some people can’t come in the mornings because they work, so this allows the whole group to network in a relaxed, informal atmosphere while supporting the Chamber members that are acting as hosts.
“B. Nektar continues to expand and this gives Chamber members an exclusive look at the new taproom, new products and get a preview of their upcoming Mead Fest.”
The 2015 Spring Fest takes place May 23 from 2-8pm at 1511 Jarvis. The event will have a

variety of food trucks, music and exclusive mead, beer and cider options. The featured release will be Scurvy Shyster Bastard, which is a hopped grapefruit pyment. More info on that event can be found at http://oaklandcounty115.com/2015/04/24/b-nektar-hosting-2015-spring-fest-may-23/.
B. Nektar has been growing steady since releasing their first products in August 2008. Some favorites now include Zombie Killer, The Dude’s Rug, and Kill All The Gophers. With genuine flavor and funky labels (designed by co-owner Kerri Dahlhofer), the B. Nektar brand is now known world-wide. Yet the couple’s commitment to Ferndale, and keeping their business local, shines through in activities like the Spring Fest and sharing their space for Business After 5.
Keri Valmassei, Director of the Madison Heights Hazel Park Chamber of Commerce also came to join in the fun. “The great thing about the Chamber is that we all connect with each other regionally. We welcome members from other chambers to come to each others events. Having a

regional approach makes all of our communities better,” she said.
Ryan Meray of C! Tech Solutions was able to connect with game-designer Kep and a group of other entrepreneurs to chat about game design and growth in technology, while enjoying a variety of drinks. “I had a lot of fun at this one meeting some new folks, catching up with other Chamber members, and trying the awesome new meads they’re sampling right now,” Meray said of the Chamber After Five event. “B Nektar’s new space is fantastic. Just like the people who run it, the space already has a ton of personality and isn’t like anything else around.”
Learn more about B. Nektar at http://www.bnektar.com/.
Learn more about the Ferndale Area Chamber of Commerce at http://www.ferndalechamber.com/. 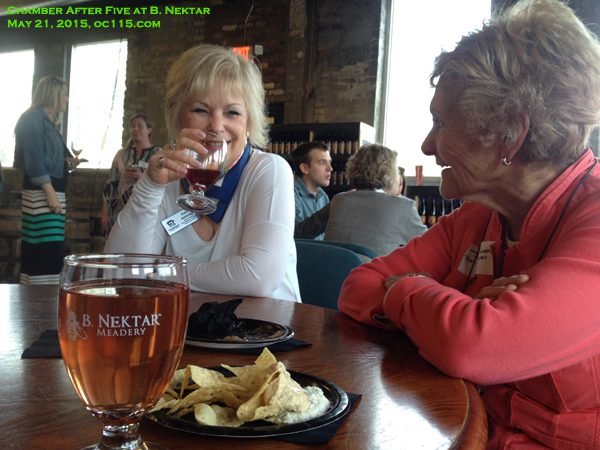 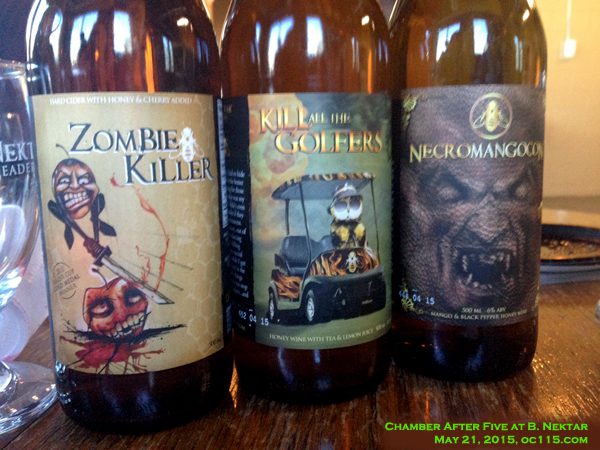 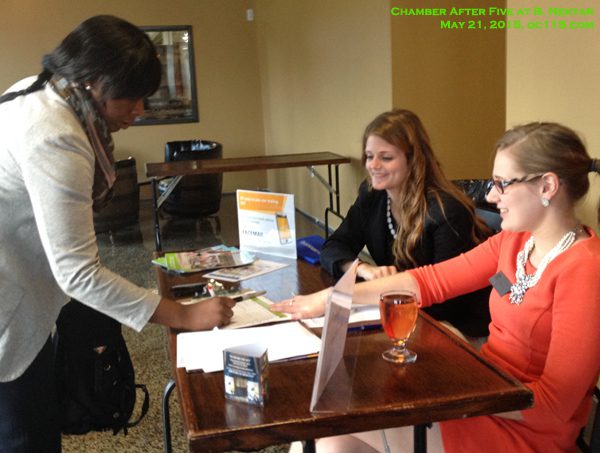 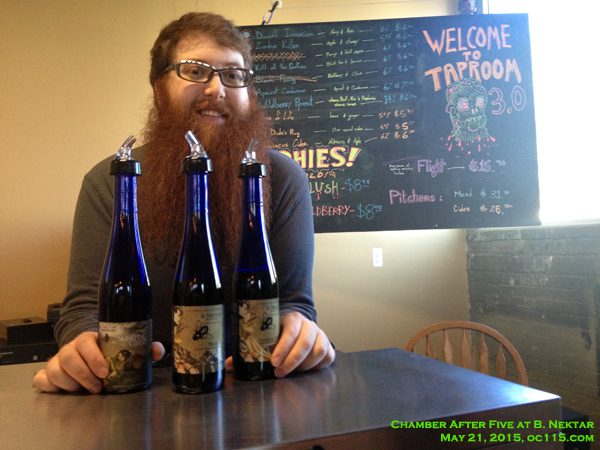 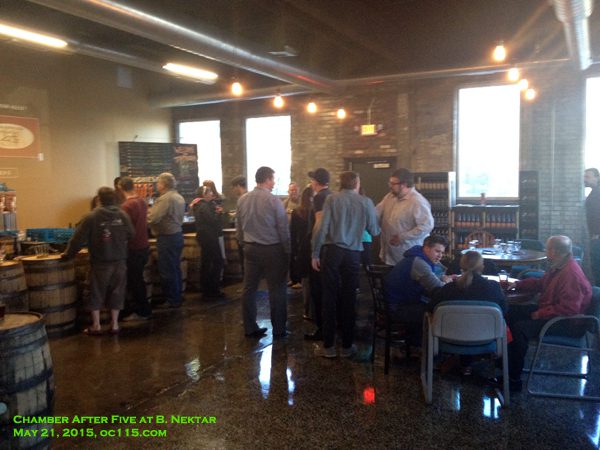 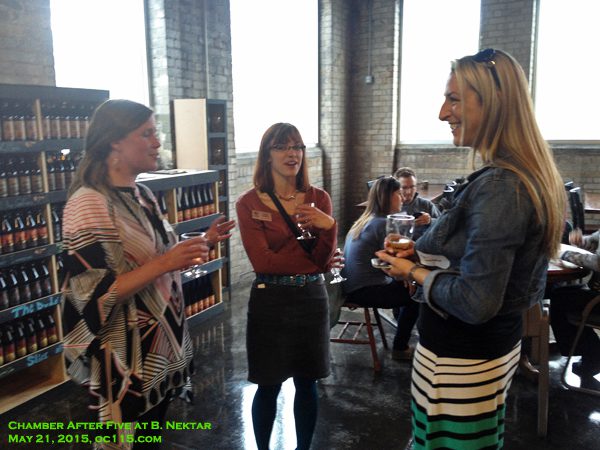 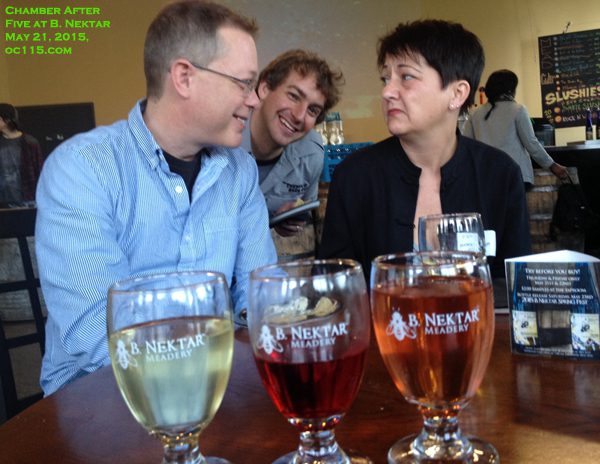