Love with Fundraisers at Arcade and Liberty Bar
(Crystal A. Proxmire, May 10, 2015)
As Ferndale Pride grows in regional significance, the number of fundraisers for the festival continue to blossom beyond the four square miles of the city limits. The love and support of the LGBT community spread all the way up Woodward to Pontiac on Thursday, with an evening of music, art and performance at Downtown Pontiac’s newest gallery and resale space: Arcade.
The

event was emceed by Tyler Beltz, who enthusiastically introduced singer Nina Sofia, painter Kevin McCoy, cover singer Miranda Hopkins and a trio of actors who did a scene about a secret romance uncovered: Frank Anthony Polito, Cara AnnMarie and Craig Bentley.
Transgender themed shirts from FTM Detroit were among the items up for auction, and donations were collected for Ferndale Pride, which takes places on May 31 at 9 Mile and Woodward.
It also served as a celebration of Arcade, which is a store for found items, clothing and art located at 10 Pike Street. The officially opened just a couple days before.

On Sunday there was also a fundraiser at Liberty Bar at 85 N. Saginaw Street. Hosted by Mike Hubbs, money donated from jello shots benefitted the festival.
“I love that business owners are going out of their way to make diversity & inclusiveness such an important part of Pontiacs comeback,” said Ferndale Pride volunteer Alyssa Atkinson, who coordinated the fundraisers. “Ferndale Pride is able to remain a free to all event and support several local LGBTQA charities because of your help with donations and fundraising.”
Learn more about the celebration at www.ferndalepride.com. 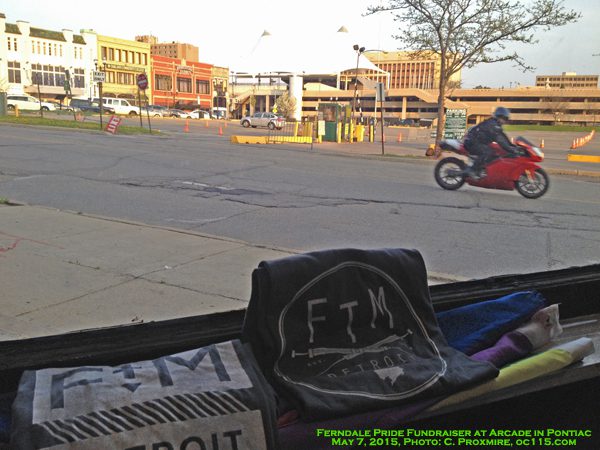 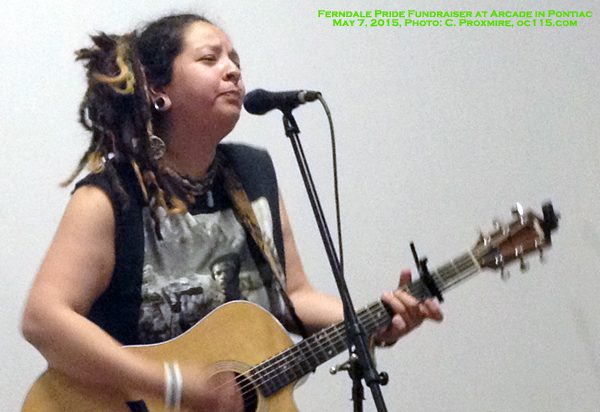 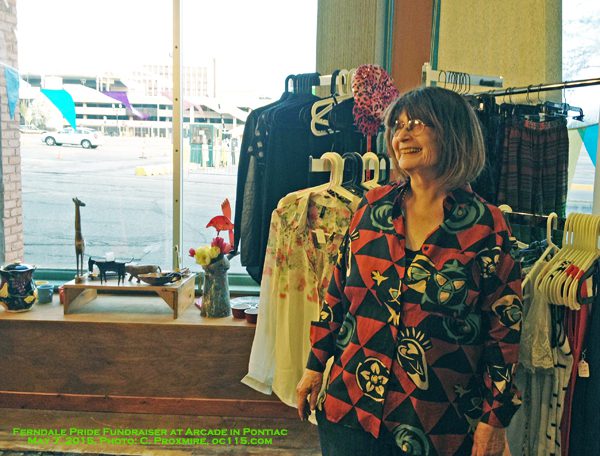 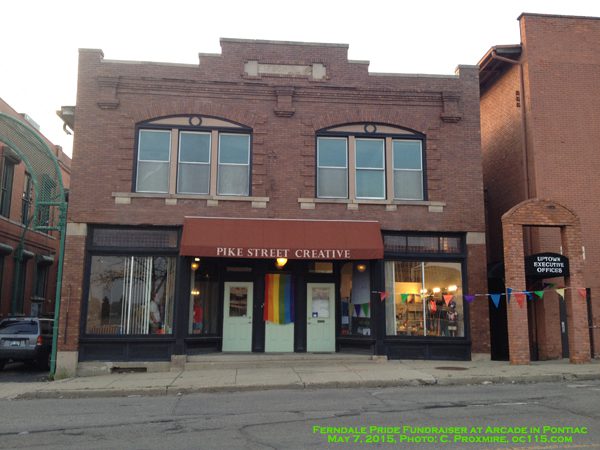 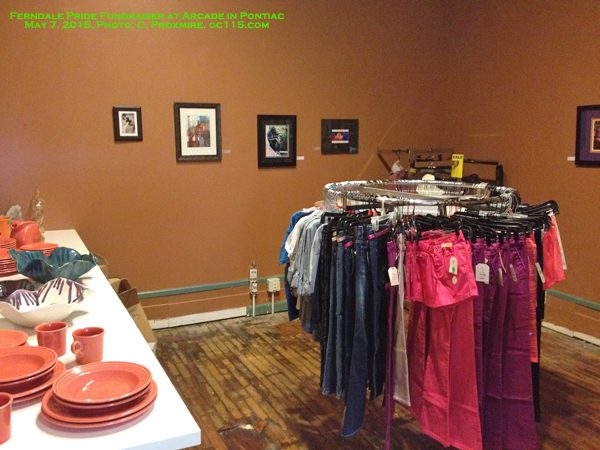 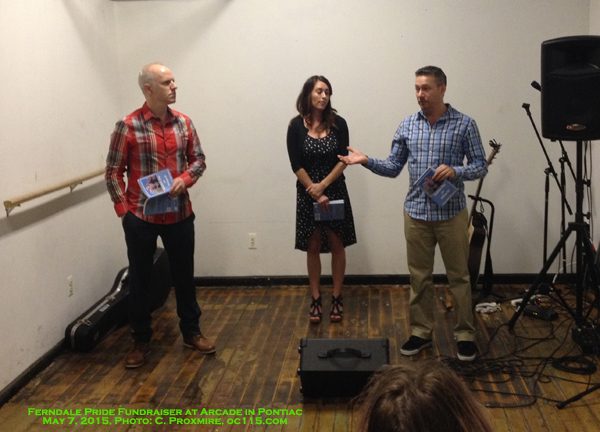 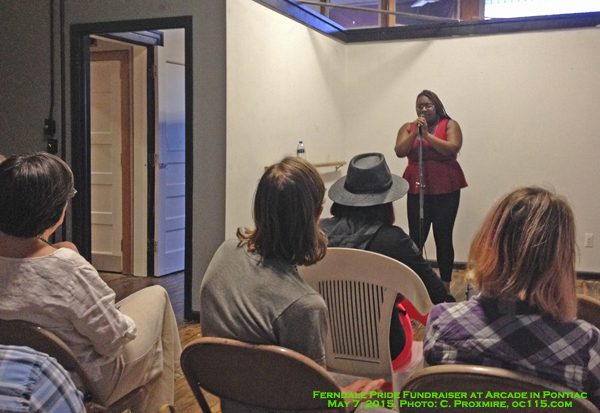 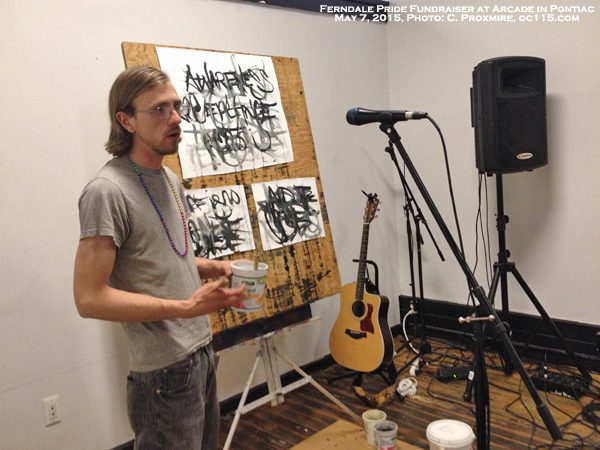