Team Wins District Event, Presents at Governor’s Summit (video)
(C. Proxmire, March 5, 2015)
Team Impi Warriors from Ferndale Schools (number 1025), named after a Zulu warrior, has claimed two major victories this week. First the robot-building teens finished first after their qualification matches in the March 2 district competition in Standish. They chose team RoboMos from Escanaba and Nerds with Attitude from Birch Run to be their alliance partners.
Each year students are presented with a specific challenge, and tasked with building a robot to meet that challenge in a competition. This year’s task stacking packing boxes, and their robot crushed the competition with an enclosed stacking area that could hold up to five boxes and move quickly without spilling them.

After winning quarter and semi-finals, the alliance went on to be the Standish District winner.  This is a first for the team.   In previous years  the team had finished as a runner up but had never won a district event until Saturday.
Team 1025 was also given the Industrial Design Award which celebrates form and function in an efficiently designed machine that effectively addresses the game challenge.  Anabel Sicko was awarded the UL star of the day and the IMPI Warriors were recognized for excellent safety and were awarded pins.
The victory was paired with another honor. Team IMPI was invited to speak at Michigan

Governor Rick Snyder’s Summit on Education and Economics at the Renaissance Center in Detroit the same weekend.
FHS Senior and future MIT student Carissa Gadson along with Scott Huang, Austin Guilbault, Margaret Dominic, Anabel Sicko, Madeline Parks, John Stellard and Team Captain Edwin Luo were on hand to demonstrate their robots from the past few years as well as talk about the importance of the FIRST Robotics program across the state.
FIRST Robotics competitions give teams a chance to learn hands on from professional engineers, learn to use sophisticated software and hardware, compete and cooperate in alliances and tournaments, and possibly qualify for college scholarships.

James Watson and his wife Cathleen Rutsey are mentors for the team. He is a senior managing consultant for IBM and she is an engineer for Sapa who has been mentoring robotics teams for 14 years. “She found out about the opportunity and just signed up. The rest is history. I joined because I was attracted to everything I heard from Cathi when we started dating. When I tried it I realized that mentoring is more than just building a robot it’s teaching children soft skills and etiquette. Moreover I learn so much from the kids as a result. The payback for me is just watching them become more confident productive members of society,” Watson said. “If it were not for this some of the students would not know that engineering careers are out there. We literally watch students become engineers and it’s amazing to see them come back to mentor themselves or start their own business and sponsor the team. Hard work pays off and these kids are making it happen.”
Other team mentors are Jeff Shewell, Elin Matthews, Matt Twomey and Verne Siples.
The next competition is in Waterford on Friday. Follow along with the excitement on their Facebook Page at https://www.facebook.com/impirobotics.
For a 2013 story on the Impi Warriors team, check out http://oaklandcounty115.com/2013/04/12/team-impi-climbs-its-way-to-state-video-2/. 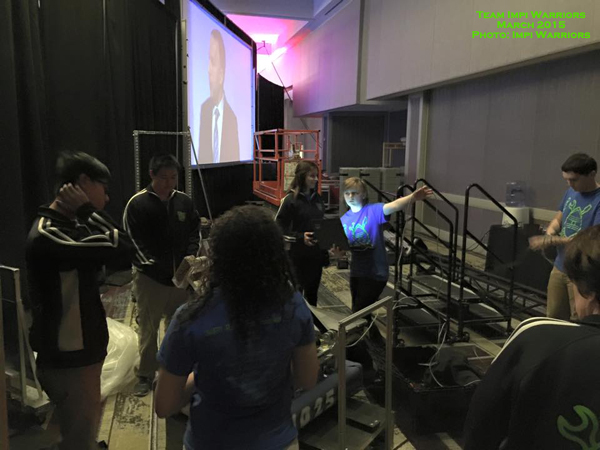 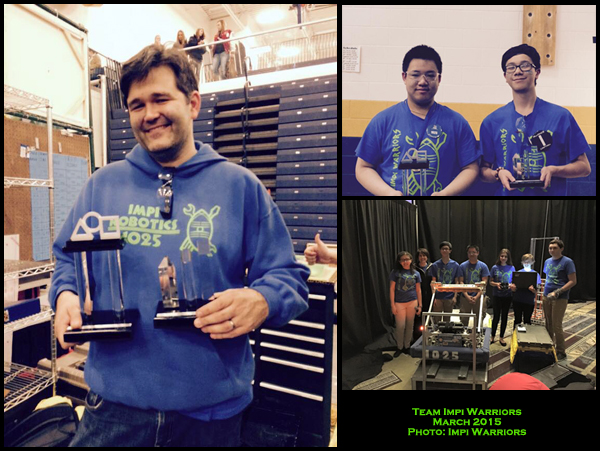 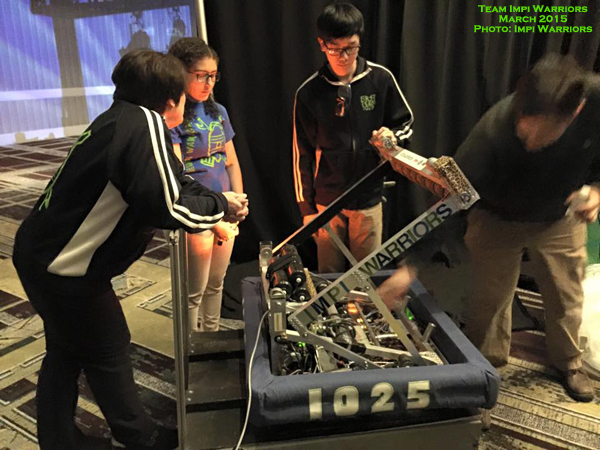 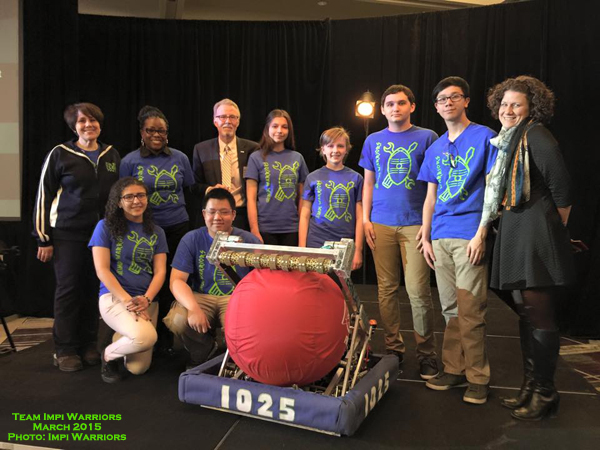 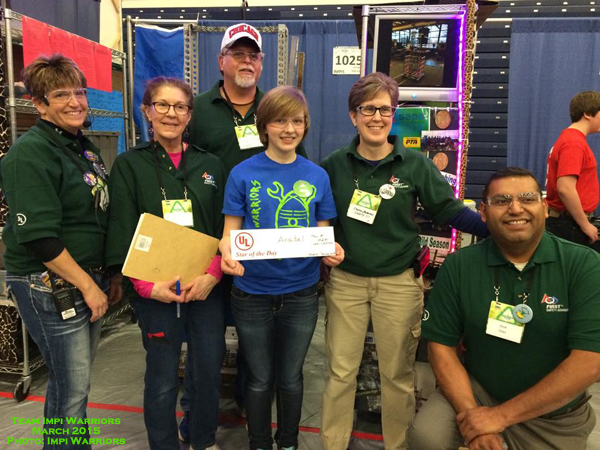