After Arrest for Graffiti, Carson Matlock Painting a New Picture for his Life

After Arrest for Graffiti, Carson Matlock Painting a New Picture for his Life

(Crystal A. Proxmire, Feb. 12, 2015)
For 19-year-old Carson Matlock, the hardest part about being locked in a jail cell for two days was not being able to have paper or pens. “My mind was racing. Every situation of my life was playing over and over in my head, and I had no way to get it out. The solitary confinement was something that I never want to feel anything like that again,” he said. “Art helps keep my mind occupied. Not having art was the worst feeling. I can’t even explain it. I just need it.”
Matlock had been arrested on January 29, caught literally red-handed, crouched at the side of a

light pole at Washington and Lincoln, making designs on it with a paint pen. The red stains on his hands were undeniable.
Downtown Royal Oak had been experiencing an increase in graffiti over the past year, with many business owners and residents upset at seeing property defaced without permission. So when the story hit the news there were many eager to weigh in.
Comments ranged from name-calling and cruel punishment suggestions, to those who felt sympathy for him. While crime reports are important for communities so they can know what is going on, seeing someone you know in one can be heart-breaking.

Matlock had grown up in Royal Oak, and gone to Royal Oak schools. He’d had challenges in his family, and those who knew Matlock along his path were hurt to see his mugshot.
Inside City Hall, the sentiments were the same. One of the officers who knew Matlock went to speak with him in the jail cell. “That officer took this situation to heart and reached out. He wanted to know what we could do to help Carson be part of the community. Was there any way that his passion for art could help make the city better?” said Judy Davids,

Community Engagement Director for the City of Royal Oak.
Davids met with Matlock to talk about some options.
“He is a sweet and talented person who is just in a position where he needs some guidance,” Davids said. “We invited him to be part of our Royal Oak Commission for the Arts as a volunteer, where he can be part of a group that is bringing more public art to Royal Oak.”
Matlock said he was woken up by the experience of jail, and is ready to paint a new picture of his life. “When I first saw my face online and the comments I was upset. At first I was upset. To see my face like that, was hard. But it also sparked compassion, and I feel like it turned out different than I thought it would,” he said.

He thought about a lecture he had seen at Cranbrook, by an artist named Ernest Truly, and how great it would be to figure out how to get his work out there to the world, how to make it as an artist. At that lecture he had met a local artist name Hi Tops, whose work he admired.  He contacted Hi Tops and told her of his dream. “I sent in pictures of my work and got picked to do a two-day residency program at Cranbrook,” he said. “I’ll go in and be given materials and people will take pictures of me and the work in progress. There are a few artists doing this on different days and then there will be an exhibit after of our work.”
Carson’s work is mainly mixed medium, collages, paintings, and “anything I can get my hands on.”

When he was young his parents encouraged his creativity. At the age of 8 or 9 he was in an exhibit in Ferndale at Octane Gallery where his collage was featured along with the work of adults. His work was also part of an exhibit at the Russell Market in Detroit two years ago. He has memories of making art with his mom and dad, but his dad has passed away and his mom is distant. He’s been couch-surfing, living one day to the next trying to figure out adulthood, with art as his only constant. He works in an art supply store and is currently looking for a second job to help him afford a place of his own.
“I haven’t done any art fairs but I have learned from Jean-Michel Basquiat, who is a famous graffiti artist in New York. He would sell his paintings on the street. I’ve been able to do that in Ferndale and in Royal Oak. Even if people don’t buy, they look and they talk about art. And

that is what it’s about. Getting people to stop in their busy day and think about art.”
Matlock is, admittedly, partial to graffiti.
“I like street art,” he said. “Because it is about the ambition to get their work noticed. It puts art in front of people who may not notice it otherwise.”
Public art can have a similar effect. And that is why Matlock was excited to talk to Davids about Royal Oak’s public art program. “I’ve lived in Royal Oak my whole life, and it has a lot of potential. I like the idea for that Eleven Mile stretch to be a place for public art. I’m getting

involved on that committee and making the poster for it. I think bringing art to the public in a way that is not illegal will help people understand it better.”
The Eleven Mile project is one where artists in a variety of media can submit projects, and $40,000 is available in funds to make the collection happen.
The idea that things happen for a reason may seem simplistic at times, but Matlock’s world has changed in the weeks since his arrest, and he hopes to keep it that way. “After this whole situation, people have been helping. I know how lucky I am and I’ve not been taking anything for granted,” he said. 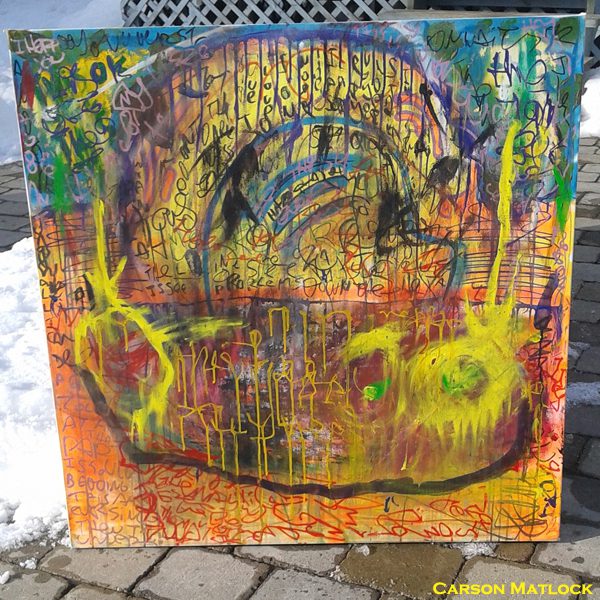 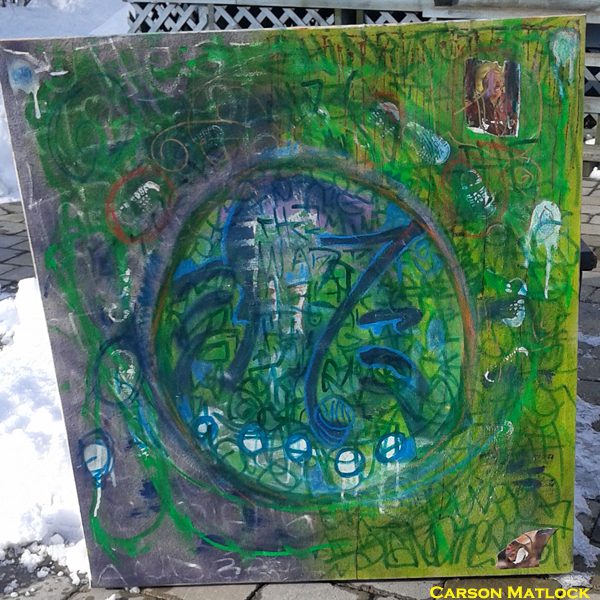 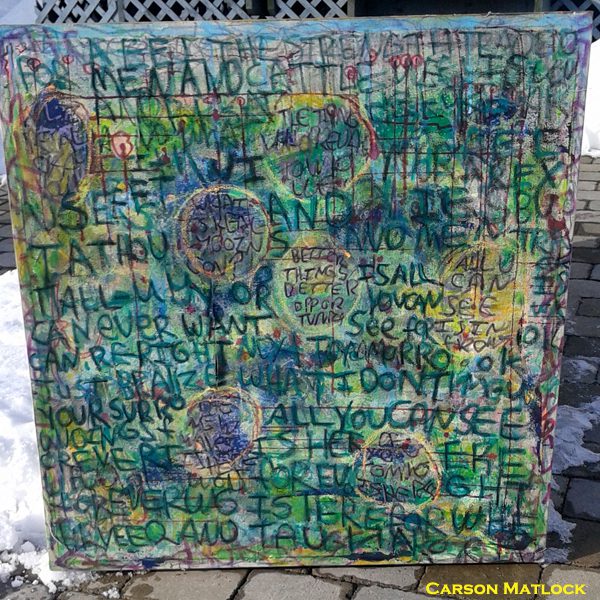