UPDATED
(Crystal A. Proxmire, Jan. 3, 2015)
A fire Saturday morning in the 500 block of E. Woodland could have been prevented, said Ferndale Fire Marshal Brian Batten.
As a mother lay sleeping in a home with no smoke detectors, a four-year-old boy got a hold of a

lighter and lit some paper on fire. Adults who had been awake downstairs noticed the fire and woke the mother up. The fire spread quickly and the mother awoke to “flames spread across the ceiling,” Batten said.
According to a relative, there were two children living in the home and five adults, and no injuries. NOTE: A previous report stated there were six children and that the adults were foster parents. There had been foster children in the past, but none currently in the home. We were contacted by Dianna Riddle, a family member, to make the correction.The oc115 apologizes for this error.

“They’re lucky to be alive,” Batten said. “The message in all this is if you have kids keep lighters locked up, even if you think they no longer work.”
The fire occurred at around 11:30am.

Batten estimates the damage at $40,000. The upstairs was ruined. Two single mothers each had an upstairs room, each with one child, a four year old boy and a 1 1/2 year old boy.  All of their clothing, toys and belongings were lost in the fire, Riddle said.
“They had insurance and everybody has places to go,” Riddle said.  “The insurance company said it would take 2-3 months for the repairs so they have to get a rental.  Everything in the upstairs was ruined by the fire, but the water came through the ceiling, and the smoke damage, so stuff on the first floor is probably all destroyed too.  We’ll know more in a few days.”
She said that for now clothing and toys are the most needed items.  The family will need to replace household items and furniture, but right now would not have any place to put them.  “The kids

lost everything they got for Christmas,” she said.  “It’s really hard for everybody.”
Nichole Brewster is heading up the efforts to collect clothing and items for the family. Find her on Facebook or call 248-224-1599.  Blumz is also accepting donations at 503 E. 9 Mile. “So far here is what is needed: Womens XL, womens medium, boys 5t, boys 18-24months. womens 2xl tops, l/xl leggings, mens large shirt, mens pants I’m guessing 36×32 or 34×32,”Brewster said. “As much as they have done for everyone, this is the least I can do for

Men shirt- largePants- 38×30Shoe men-9Storage tubs are greatly neededGrocery gift cardsMeijer, Wal-Mart (adult necessities, body care)Any local restaurant gift cards andFood donations are also welcome Any toys, books, and bedding
Many people do not know how quickly a fire in a home can spread. Check out this previous story about a live fire demonstration to get a sense of how dangerous they can be: http://oaklandcounty115.com/2013/11/22/burn-demo-shows-value-of-residential-sprinklers-video/.
Also, Batten recently did an interview about the dangers of novelty lighters. Check that out at: http://oaklandcounty115.com/2014/12/15/novelty-lighters-could-be-dangerous-holiday-choice-video/ 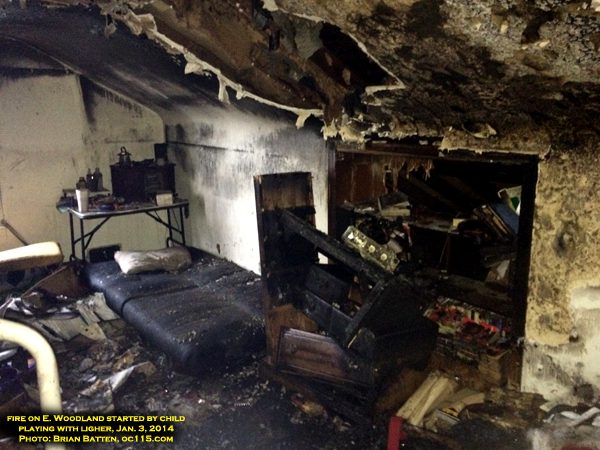