on Sunday to pick up litter and debris along Baldwin Avenue between Caesar Chavez and Montcalm.
“We’re trying to show support for Hope Warming Shelter,” said Steve, a volunteer with the Aftershock program, which is part of Cross Streets. The program is a support group for men to aid them as they transition out of homelessness.
Steve found himself homeless unexpectedly just after Christmas last year. “I suffered from depression, and I

was suicidal, and I wasn’t a very good person then. I burned bridges and I burned the closest bridges to me, my family, so I had no place to go,” he said.
“I didn’t know about the resources that were available because I had no reason to know about them. I came from Waterford Township, middle class. I had everything I needed. But when I got down here, I got really humble… We’re all one paycheck away, it doesn’t matter who you are.”
Steve said that the help he got through Hope helped him get on his feet. “I was here just after Christmas last year, I was fully homeless, but I worked the programs and by May I had my own apartment, so the programs work,” he said.
“It takes patience though. The caseloads are so huge but the caseworkers are so few.”
The Aftershock program began four months ago, and has about 25 members. “We do everything from reading and writing, literacy, taking them to jobs, to job interviews, giving them opportunities for work…What we do is take the guys that have craftsmen talent and put them to work with different jobs we line up.”

Cross Street Ministries oversees Aftershock. Their group serves breakfast every Tuesday morning at Hope, and has Bible study for people in low income housing on Mondays. Their big project now is trying to collect enough food to make 50-100 holiday gift baskets for low income families.
Pastor John Smith Jr. and Assistant Pastor Matt Nichols of Shepherd’s Fold Community Church also brought volunteers to the clean-up. “This week is National Hunger and Homeless Awareness Week,” said Nichols. “We’re showing we’re committed to helping end the issue of homelessness. We believe that it’s possible. And it starts with things like picking up garbage.”
The cleanup is in preparation for a candlelight vigil along Baldwin Road Tuesday night to bring attention to poverty and homelessness. The volunteers collected three pick-up truck beds full of trash.
For more on Cross Street Ministries see https://www.facebook.com/CrossstreetMinistries.
For more on Shepherd’s Fold see https://www.facebook.com/pages/The-Shepherds-Fold-Community-Church-The-Fold/454385994607992.
For more on Hope Warming Center see http://www.hopewarmingpontiac.org/. 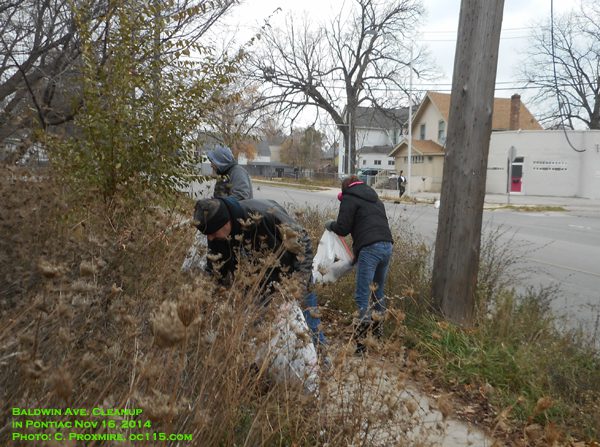 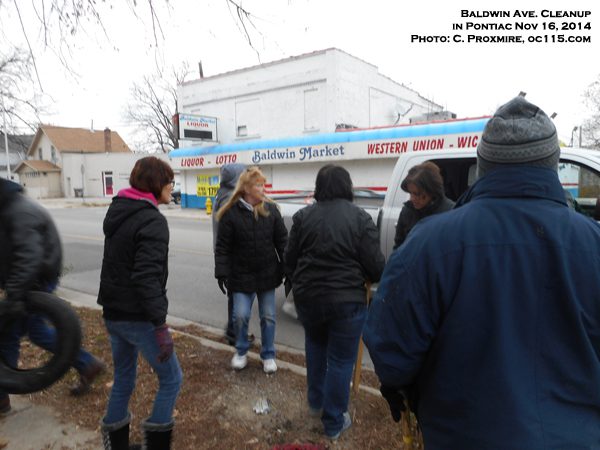 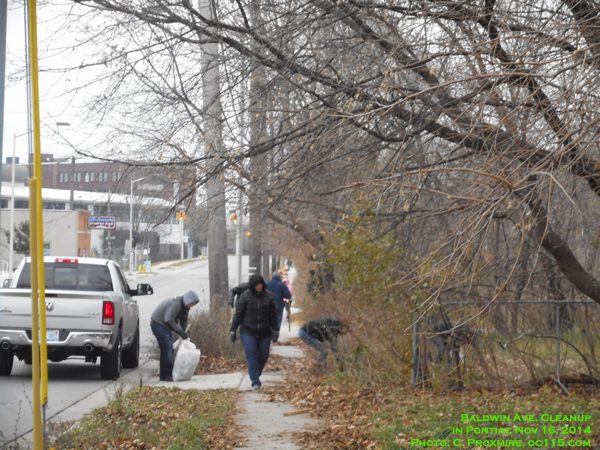 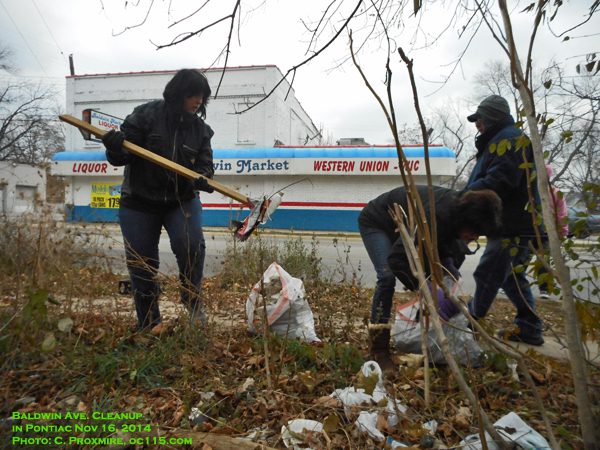